The enterprise "Zvezdochka" will be engaged in the modernization of "Barracudas"

16 May 2014
7
In the coming years, the Russian Navy should receive several new submarines of different classes and projects. In addition to the construction of new submarines, it is planned to modernize several old ones, increasing their characteristics to the required level. As it became known a few days ago, preparations for the repair and modernization of one of the existing fleet submarines. Severodvinsk Ship Repair Center Zvezdochka began to prepare for the repair of the B-239 Karp multipurpose nuclear submarine. 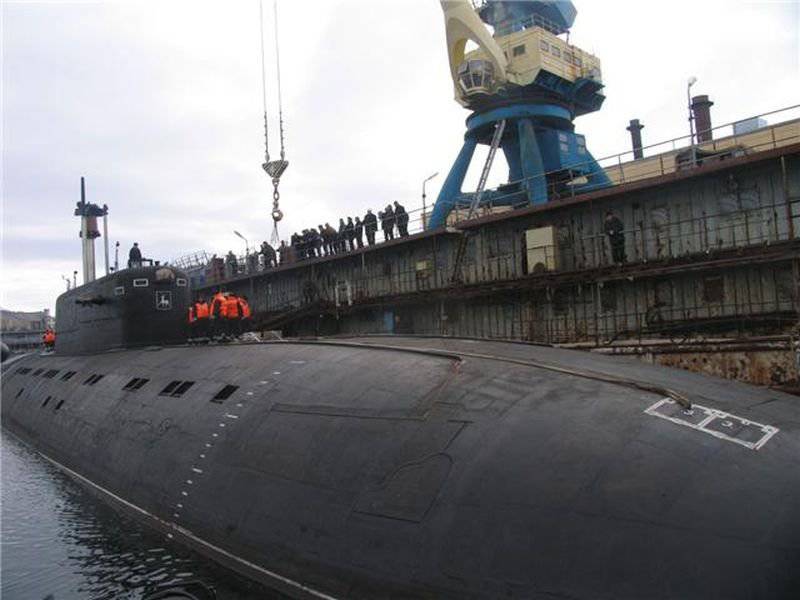 Recently launched works are carried out under a contract of the Ministry of Defense, concluded at the end of 2012. In accordance with this document, the Zvezdochka enterprise must repair and upgrade both the multi-purpose submarines of the 945 “Barracuda” project that the Navy has. It is expected that after repair, two third-generation submarines will improve their characteristics and due to this they will be able to compare with newer submarines. Repair and modernization of the first will be the boat B-239 "Karp", then in the shop of the plant will lead the submarine B-276 "Kostroma". The work will take several years.

According to the press service of the Zvezdochka enterprise, at present ship repairmen are preparing for the first stage of work - the unloading of nuclear fuel from the submarine reactor. Such a “operation number one” will take some time. By the end of the year, the submarine “Karp” is supposed to be placed in the workshop of the ship-repair plant, after which repair work will begin. In accordance with the contract, the Zvezdochka plant is to transfer the upgraded submarine to the fleet in 2017. The deadlines for completing the repair of the Kostroma boat are still unknown.

According to reports, the repair and modernization of the two submarines of the 945 "Barracuda" project will improve their performance, as well as increase the resource. The life of the boats can be extended by about 10 years, but there is still no precise information on this subject: the final decision will be made later by the Ministry of Defense. It is possible that the boats "Karp" and "Kostroma" after the repair will remain in service for much longer periods. 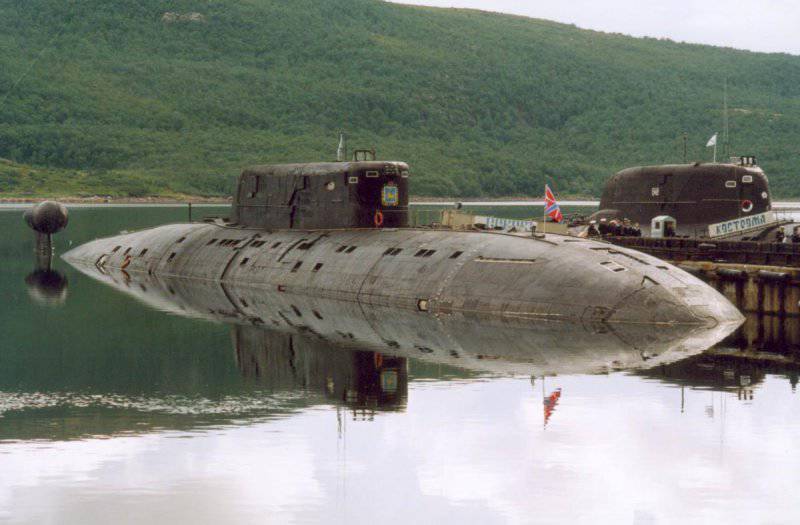 Multipurpose nuclear submarines project 945 belong to the third generation. Their construction began in the late seventies. The head submarine "Karp" was laid in the middle of 1979, and was commissioned in September 84-th. The second submarine of the project, the Crab (now Kostroma), was built from 1984 to 1986 for the year and became part of the Northern Fleet in 1987. In the 1998, the Karp B-239 submarine was withdrawn from the fleet for economic reasons. For the next time, the head "Barracuda" was laid up in the city of Severodvinsk. The Kostroma submarine was in reserve in 2000-2008 for years, and was being repaired from 2003. Currently, Kostroma is once again in the combat formation of the Northern Fleet.

Two-body submarines of length 107 m have a surface displacement of 6300 t and a scuba 8200 t. The design is widely used titanium and its alloys. The boats are equipped with a nuclear power plant with OK-650A reactors with a thermal capacity of 190 MW. The power of the main turbo-gear unit is 50 thousand hp. With such a power plant, Barracudas are able to develop surface speeds up to 12,5 nodes and subsea speeds up to 35 nodes. The hull design allows you to dive to a depth of 480 m (working) or 600 m (limit). The crew of the submarines consists of 60 people, autonomy - 100 days.

Details of the modernization of "Barracuda" is still unknown. Previously appeared unconfirmed reports, according to which during the repair almost all onboard systems, electronics and weapons will be replaced. Repairs and upgrades will also be a nuclear power plant. Due to the lack of official information, there are different opinions, which, however, may not be confirmed in the future. It is possible that the modernization and submarines of the 945 Ave will use systems and equipment used on submarines of other projects, for example, 885 "Ash". It is likely that as a result of the modernization of the submarine "Barracuda" will receive a new weapon, namely the Caliber missile system.

Until the end of this year, the first of the repaired submarines, the B-239 "Karp", will be brought into the shop of the enterprise, after which work on its repair and modernization will begin. The submarine will return to service approximately in 2017 year. After that, the "Star" will restore the Kostroma B-276 submarine. The deadline for the completion of the Kostroma repair is still unknown and, probably, has not yet been determined.

Ctrl Enter
Noticed oshЫbku Highlight text and press. Ctrl + Enter
We are
Strange news about the repair of the submarine B-239 "Karp"Nuclear torpedo and multipurpose submarines. 945 Barracuda and 945 Condor Projects
Military Reviewin Yandex News
Military Reviewin Google News
7 comments
Information
Dear reader, to leave comments on the publication, you must sign in.