14 May 2014
10
Among the many weapons offered by Luftwaffe for use in the last 18 months of World War II was the manned version of the Fiezeler Fi.103R rocket, better known as the V-1 (Fau-1) and widely used against the British Isles. This option was intended for use against ships and well-protected ground targets, and received the code designation "Reichenberg". His idea was put forward by the famous German pilot Ganna Reich and the Hauptsturmführer SS Otto Skorzeny. Prior to this, Reich and the Hauptman, Heinrich Leange, proposed using suicide volunteers to destroy important targets. Although such an attack scheme caused little support, it was further developed in a somewhat modified form. 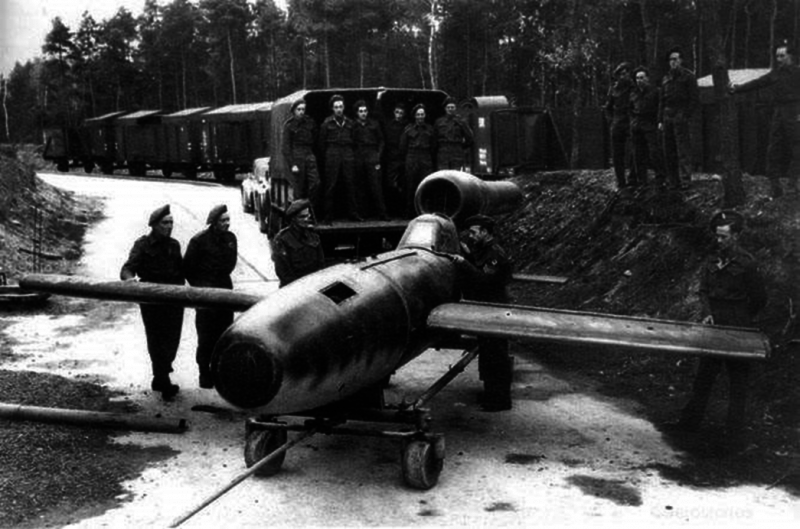 For this role, several possible aircraft were considered, and Fi.103R was initially rejected in favor of the light bomber Me.328, which, in turn, gave way to the Fw.190 fighter with a large-caliber bomb suspension. It was assumed that the pilot, having sent the plane to the target, was to jump with a parachute. Meanwhile, a special part of 5./KG.200 was formed, led by Hauptmann Lyang. Its goal was to study non-standard methods of attacking protected targets, but the unofficial name "Leonidos shtafel" - in honor of the hero Thermopyla of the king of Sparta Leonidos - clearly indicated its purpose.

Tests were conducted with Fw.190 carrying various bombs. It was soon established that the chances of a heavily loaded fighter getting through the Allied interceptor barriers are extremely small. The German Gliding Institute (DFS) in Ainring was tasked to create a manned rocket version. The command of the SS troops supported this idea by proposing the use of a manned projectile also for the bombing of the industrial complexes of Kuibyshev, Chelyabinsk, Magnitogorsk, as well as the regions located beyond the Urals. Well-known sabotage specialist O. Skorzeny even gave the order to recruit and train 250 suicide pilots for these projectiles. Given the high stakes on this project, in just 14 days after the start of work, the training and combat versions of the rocket were made and tests started. At the same time, a line for reworking Fi.103R was prepared under Dannenburg.

The first flight tests were conducted in September 1944 of the year. The plane was launched into an engineless flight from a H.111 bomber, but crashed after losing control due to an accidental discharge of the cockpit canopy. The second flight the next day also ended with the loss of the aircraft. The third flight with the pilot Reich was more successful, although Fi.103R was damaged when it struck the He.111 at the moment of uncoupling. In the next flight, due to the loss of sand ballast, the plane crashed, and Ganna Reich miraculously survived among the wreckage. German propaganda later claimed that Reich fly-captain was seriously injured during the Fi.103R trial, although in fact she had been wounded earlier during the trials of the interceptor Me. 163b, when the take-off truck had not separated, and Reich landed on it. In the end, it was found that the vibration of the aircraft’s design caused by the engine’s work led to the destruction of one of the control system elements. 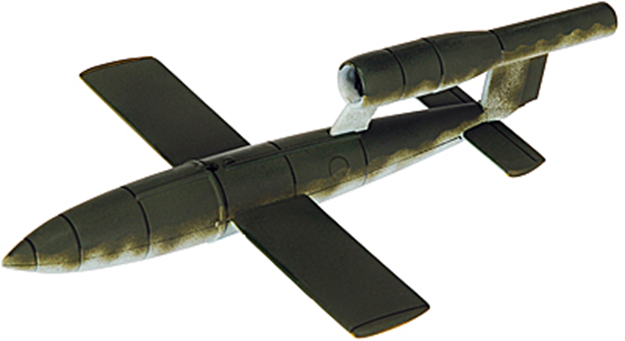 In principle, the aircraft of all four versions had the same design, which was largely borrowed from the Fau-1: a monoplane with a free-floating mid-wing, cigar-shaped fuselage and one-tail tail unit. The fuselage was built almost entirely of mild steel, and the removable wings had a wooden structure, they were mounted on the main side members of steel pipes just before the suspension of the projectile under the wing of the bomber He.111. The engine was the Argus pulsating jet engine, which developed thrust of the order of 226 kg at flight speed of 640 km / h. This engine was a pipe made of mild steel with a length of 3,48 m with a maximum diameter of just over 546 mm. The diameter of the nozzle was 40 cm, the thickness of the steel used in its manufacture was 2,5 mm. Engine weight does not exceed 163 kg.

Combat option - "Reichenberg IV" was the simplest alteration of the standard rocket. Fi.103R itself was divided into six compartments, including: a magnetic compass, a warhead in 850 kg amatol, a fuel tank, two compressed air cylinders, autopilot, height and range control devices, and rudder drives. Conversion to the "Reichenberg IV" included the installation of a small cabin in front of the engine air intake. On the dashboard were a sight, a clock, a speed indicator, an altimeter, artificial horizon, a gyrocompass on a rack attached to the floor, with a three-phase transducer and a small 24-volt battery. Management - the usual handle and pedals. Plywood seat with a soft headrest. The lantern opened to the right, had an armored windshield and marks indicating the dive angle. The cabin occupied the former compartment with compressed air cylinders. Reichenberg IV carried only one such balloon. It was located on the site of the former autopilot. The entire rear of the wing was occupied by aileron.

“Reichenberg” was supposed to be delivered to the target under the wing of He.111 in the manner of unmanned Fi.103R, which KG.53 fired at London. Communication between the pilots of the rocket and the carrier was carried out through a four-core cable connected in front of the cabin. Theoretically, after aiming at the target, the pilot should have dropped the lantern and dropped with a parachute, but his chances of surviving were estimated as one out of a hundred. To reset the lantern, it was necessary to use the handle on the left side of the cab. The cab light, before it could disconnect, had to be rotated 45º, which was almost impossible to do at 780-850 km / h. Training instructors for the "Reichenberg" has already begun, and although the landing on them required an enviable skill, non-motorized machines did not provide any problems. It was decided that 5./KG.200 is ready to use Reichenberg IV.

On the whole, the tests and fine-tuning of the projectile were clearly protracted, and when the Allied forces landed from their landing craft and ships on the Normandy coast, it became clear that the time for the use of the Reichenberg was lost. However, out of roughly built 175 projectiles of this type of 50 machines, they were commissioned by the Luftwaffe KG.200 squadron, which carried out special operations, where they formed the 5 squadron. Any information about the hostilities of this squadron is missing. 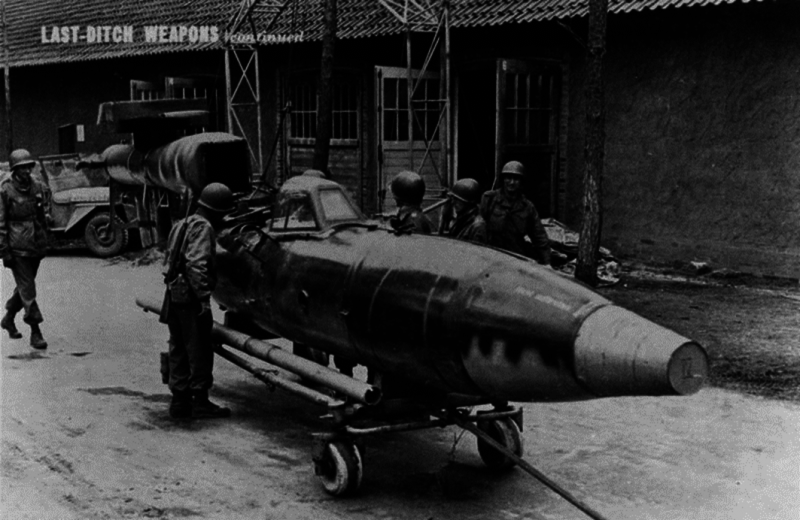 At the end of the war, a significant number of Fau-1 and Fi.103R shells fell into the hands of both the Soviet units and the allied forces.