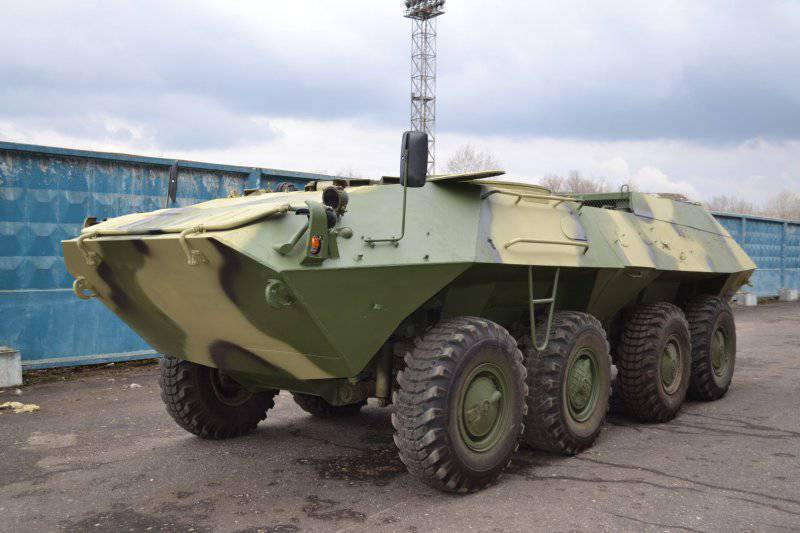 All modern domestic armored vehicles equipped with internal combustion engines and transmissions of various types. To further enhance the performance of military equipment, it is proposed to use new technical solutions. One of the most promising offers is the so-called. hybrid powertrain and electric transmission. On equipment equipped with similar systems, the internal combustion engine must interact with the generator that generates energy for electric motors. The proposed systems allow for effective control of the power plant, and also does not impose serious restrictions on the layout of the equipment. However, due to the complexity and high cost, promising power plants and transmission systems have not yet been used on domestic armored vehicles. 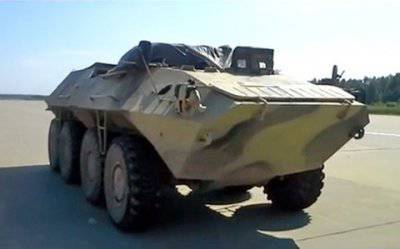 In the summer of last year, it became known that Russian enterprises conducted research work on the Krymsk topic. The goal of the work carried out by the Military Industrial Company was to create an experimental armored vehicle equipped with a hybrid power plant and an electric transmission. The developers of the Krymsk machine took the armored hull and the undercarriage of the BTR-90 Rostok armored personnel carrier as a base. The hull and chassis were modified as necessary and equipped with a number of new equipment. Tests of the experimental machine showed high prospects for the solutions applied.

As a basis for the hybrid power plant of the Krymsk machine, the YMZ-650.10 diesel engine was manufactured by the Yaroslavl plant Avtodiesel with the power of HP 360. In order to ensure optimal operation of the power plant as a whole, the engine power was artificially limited. The engine is directly connected to the inductor valve generator. The controlled electromagnetic generator is equipped with a so-called. field winding, which facilitates the coordination of the generator and diesel engine. This allows you to optimize the joint operation of the units, as well as reduces the wear of the diesel. The generator is equipped with a built-in rotor position sensor, which allows it to be used as an electric motor. In this mode, the generator can perform the functions of a diesel engine starter. The generator is connected to a power storage unit. This unit consists of several electrochemical capacitors manufactured by JSC "Elton".

The main element of the electric transmission, created in the course of the Krymsk project, is a distributed microprocessor control system. This element of the experimental transmission was designed and manufactured by LLC NPF "Vector". The control system is designed to monitor the operation of the traction motors. It directly controls the torque of each of the eight traction motors. This allows not only to effectively manage the machine, but also at the program level to implement a number of important functions: ABS, CBE, control of exchange rate stability and speed. The last two functions are carried out with the help of simultaneous or differentiated changes in the torque of the engines. 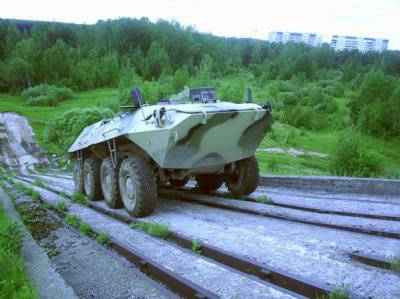 The generator, the control system and the engines are connected with power converters of electricity, created and produced by OOO NPP "Cycle +". All eight wheels of the experimental machine "Krymsk" are equipped with traction motors. Induction valve motors with excitation winding and a built-in planetary gearbox were created by GOU VPO "MEI (TU)". It should be noted that previously the most suitable for use as a traction on the technique with electric transmission was considered to be a collector motor of sequential excitation. The emergence of a new control system and power converters has significantly improved the characteristics of valve inductor engines.

Electric transmission, created in the course of the project "Krymsk", has a relatively simple principle of operation. A diesel engine drives an electric generator and it produces an alternating current that passes through special equipment and is converted to a constant one. Direct current is supplied to power converters directly connected to traction motors. In addition, some of the energy is transferred to the drive. According to the commands of the distributed microprocessor control system, the power converters change the operating modes of the electric motors.

An important element of the new hybrid power plant is the power storage unit. During acceleration, this element of the system works to give energy away and thereby "helps" the rest of the units. With a decrease in the speed of the machine, the braking energy is recovered into the electric one and fed to the drive. If necessary, the experimental machine "Krymsk" or equipment based on it can move without using a diesel engine, due to the energy stored in the storage unit. While the power reserve in this mode is limited, but further progress in the field of batteries will increase it several times. 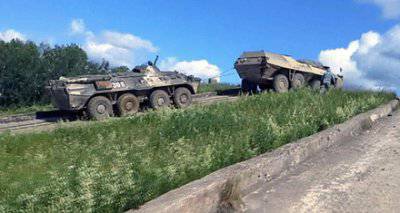 Experimental vehicle "Krymsk" was assembled on the basis of an armored personnel carrier BTR-90. Such a base, among other things, made it possible to compare the characteristics of a car with an internal combustion engine and a similar model with a hybrid powerplant and electric transmission. Tests have shown that the 22-ton experimental vehicle on the highway can accelerate to 97 km / h. Up to speed 80 km / h, the car accelerated in 33 seconds. Thus, the maximum speed of the Krymsk car can be compared with the base BTR-90, but it surpasses it in overclocking characteristics. It should be borne in mind that the armored personnel carrier is equipped with an 510 hp engine, and the power of the Krymsk diesel engine is only 360 hp. Probably, the difference in engine power caused the Krymsk superiority in power reserve. When driving at a speed of 40 km / h, the machine with electric transmission is able to overcome at a single fueling up to 940 km, i.e. one and a half times more than the BTR-90.

Despite the relatively low engine power, the experimental sample coped with all the tests. The Krymsk machine successfully overcame a ditch with a width of 2 meters, a half-meter wall and a rise in 30 °. During the tests, an experimental vehicle towed a BTR-80 serial armored personnel carrier. When driving on a dirt road, "Krymsk" was able to pull an armored personnel carrier at a speed of 48 km / h. In addition, the car with such a "trailer" managed to overcome the rise with a slope 15 °.

All these figures perfectly show the possibilities of promising technology with a hybrid power plant and electric transmission. The effectiveness of the microprocessor control system says the turning radius of the machine. During the tests, by rotating the wheels in different directions, we managed to reduce this parameter to the 3,8 meter. In other words, the Krymsk machine is able to turn around on the spot.

According to some reports, the use of the original power plant allowed us to optimize the layout of the internal volume of the hull. Thanks to the release of volumes previously occupied by the elements of the power plant or transmission, it is possible to increase the amount of payload transported. 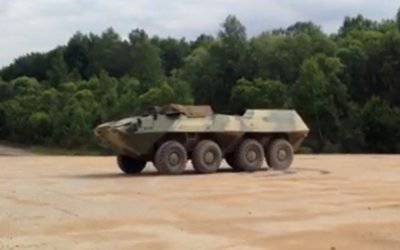 The goal of the Krymsk project was to create a new power plant and transmission for armored vehicles, as well as to test these systems in practice. Tests of the only experimental prototype ended, apparently in the summer of last year. In the future, the emergence of new technology, created with the existing experience. In addition, it cannot be ruled out that in the distant future full-fledged military equipment will be created on the basis of a hybrid powerplant and electric transmission. Tests of the Krymsk machine clearly showed what advantages the use of such systems would give.

However, it is too early to talk about the future of such technology. The first and last information about the Krymsk project appeared in July last year. Since then, no new messages have been received. The further fate of the project and its current state is unknown. It is likely that the Krymsk project itself performed the tasks assigned to it and closed it as unnecessary, and the developments on it will be used in the following works.