Graphene may be dangerous to the environment.

12 May 2014
17
Graphene, which has already been called the material of the future and one of the most promising on the planet, may be unsafe to use. Researchers at the University of California, California, have found that the material, the use of which promised a revolution in many areas of modern technology, can pose a serious danger to the environment and human health. Employees of the University of California, located at Riverside, have concluded that graphene can be very toxic under certain conditions. At the same time, no one detracts from the unique properties of this material; it is for this reason that its destructive effect on the ecology and man has yet to be thoroughly studied before its industrial use.


Graphene is a very young material. It was first obtained only in the 2004 year, considering this, it is still not well understood, and therefore attracts the heightened interest and attention of scientists. The first in the world graphene were able to get immigrants from Russia Konstantin Novoselov and Andrei Geim, who worked at the University of Manchester in the UK. In the 2010 year, for their contribution to the study of graphene - the “matter of the future” - they were awarded the Nobel Prize in Physics.

Graphene is a material with a unique set of properties; it is with it today that the future of our entire electronic industry is largely connected. This material has high electrical conductivity, it is flexible and stronger than steel, while it consists of only one layer of carbon atoms. The properties of graphene led to the fact that it gradually began to be perceived as a necessary basis for a large number of "breakthrough" inventions at the present stage of human development.

Graphene is a very versatile material. From it you can produce screens for a variety of mobile devices, generate electricity and even give a person "Predator vision". 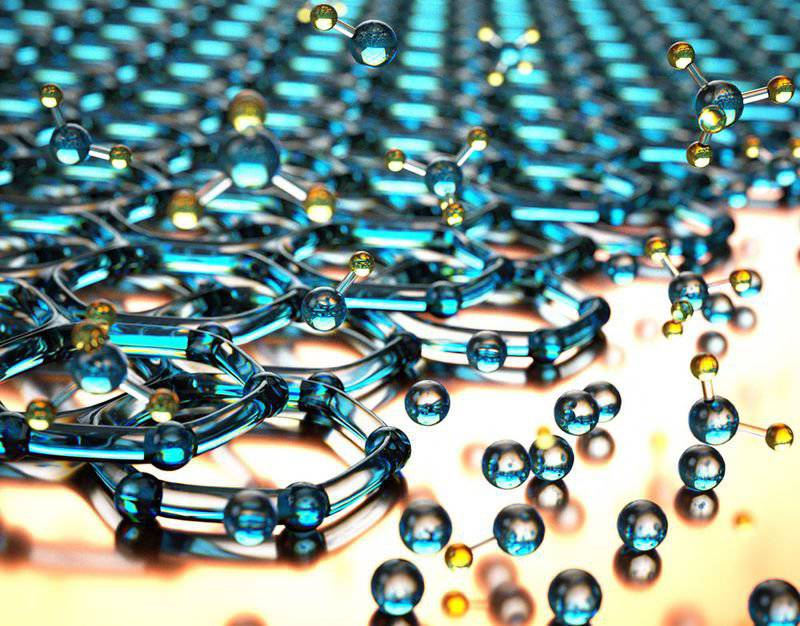 Despite this, until recently, scientists have not conducted special studies aimed at studying the environmental effects of graphene. The first were specialists from the University of California, who came to the conclusion that graphene could be a danger to the environment. They found that when graphene hits the groundwater, its hexagonal structure begins to crumble, the microparticles quickly lose their stability, collapse and cannot do much harm to nature. However, when graphene enters the surface water is much more complicated. Nanoparticles, falling into surface waters, remain stable and able to move on, they do not settle, maintaining their mobility in streams, lakes and rivers, where they are able to cause harm to the ecological system.

There is much more organic matter in surface waters and a lower hardness level than in groundwater, so graphene retains its stability in surface waters. Graphene pollution of rivers can be very dangerous. The molecular structure of this substance is such that the cusps of graphene nanoparticles are able to tear the cell membranes of living organisms. This is what causes the toxicity of graphene. Before launching this nanomaterial into production, it is necessary to thoroughly study all its properties and features.

The Bourns College of Engineering Laboratory (working at the University of California) is one of the few places where scientists are studying the effects of graphene on the environment. In this laboratory, as already stated above, work is underway to study how graphene oxide nanoparticles behave in water and how they can affect various living organisms in water. These studies are not the only ones. Earlier, an article on this topic was published in the journal Environmental Engineering Science. This article pointed out that graphene could potentially be toxic to humans. 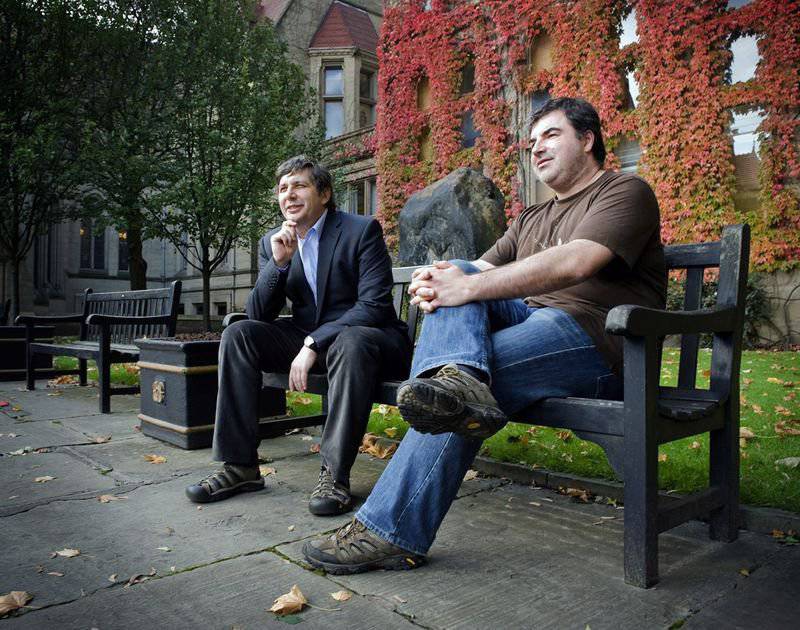 Konstantin Novoselov and Andrei Geim
Despite all this, these discoveries are unlikely to be able to stop humanity from the large-scale use of graphene. This material has such a set of unique characteristics that there is simply nothing to replace it in production. None of the existing alloys can boast such outstanding strength, thermal conductivity and the maximum of all materials known to science electroconductive characteristics. It is worth noting that the mobility of electrons in graphene structures is almost 100 times the performance of silicon, which currently holds all the electronics on Earth.

According to its physical properties, this material is safer than steel. And the gadgets that can be created on its basis will be much more resistant to damage than those we use today. However, this is not all: graphene can lead mankind to a revolution in the computer industry, speed up the speed of access to the Internet in 100, increase the power of various processors by several orders of magnitude. It is able to find application in hundreds of areas of modern life - in medicine, electricity production, strengthening of old buildings.

The field of application of this material is growing as various groups of scientists conduct their research and study graphene, as well as the field of application of this ultra-strong material, which consists of a thin carbon film just a thickness of an 1 atom. Computer chips, transistors based on it, batteries, devices designed to determine the sequence of DNA - this is just a small list of where graphene can be used. Recently, scientists have discovered that this material can be used as a very effective anti-corrosion coating. The carbon coating of graphene is by far the thinnest protective coating. 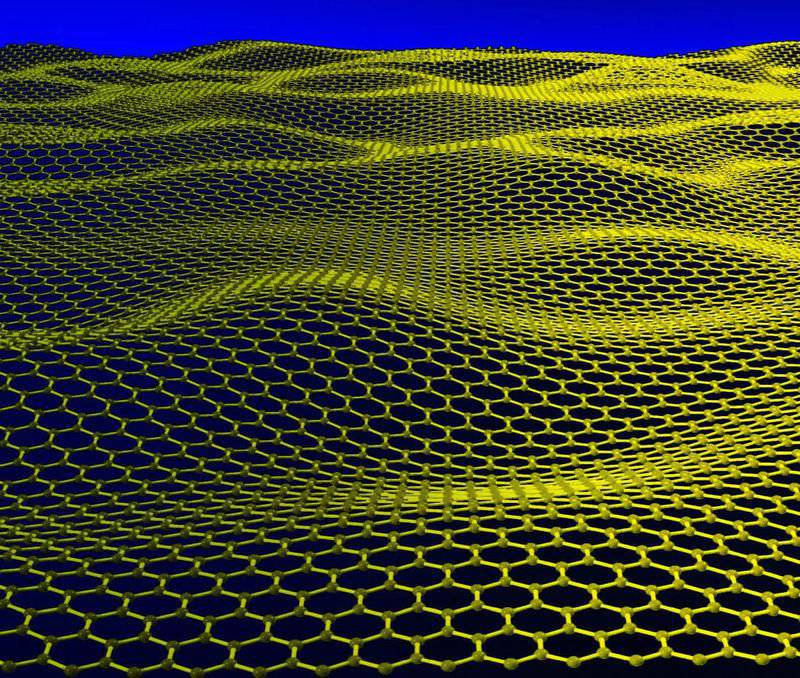 Scientists from Vanderbilt University performed a procedure for the deposition of a film of graphene on the surface of nickel and copper. After performing this procedure, the materials were subjected to the active influence of corrosive substances. Subsequent analysis showed scientists that copper, which was protected with a graphene film, was destroyed by corrosion 7 times slower than ordinary unprotected copper, and nickel was completely eroded immediately 20 times slower. Even in the case when a special graphene film was applied to the surface of the material, and was not grown directly on its surface, the level of anti-corrosion protection was still very high. At the level of coatings made of organic materials, which are tens of times larger than a layer of graphene in thickness.

Of course, in most cases the thickness of the anti-corrosion coating does not play such a large role. This is particularly evident in the example of oil-producing platforms, ships and other large metal structures, which can simply be covered with a thick layer of special paint. However, graphene may be indispensable in those situations when it is necessary to protect tiny mechanisms and microscopic components of modern electromechanical devices from aggressive environmental factors.