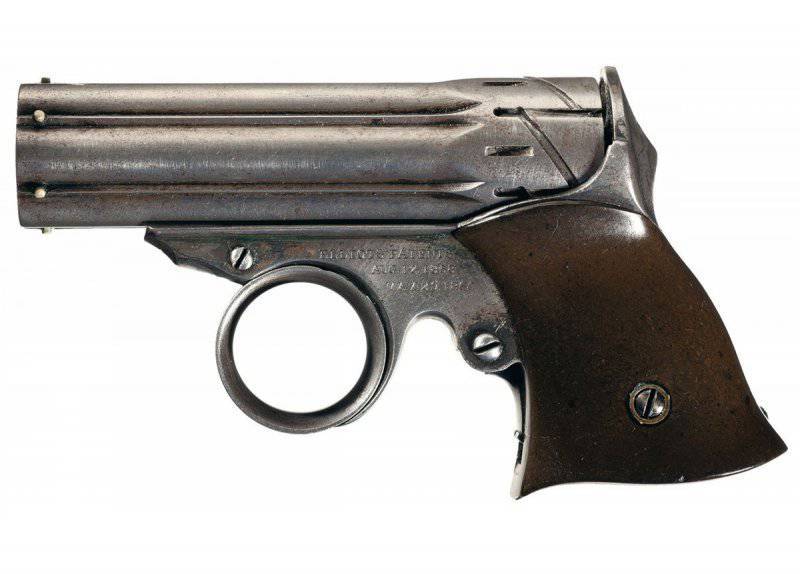 Like many other major manufacturers weapons, the Remington company sought to meet the growing demand for compact weapons that would be easily hidden in pockets of clothing or luggage. In order to gain a competitive advantage in the arms market, the company launched several multi-charge pistols. One of the first multiply-charged compact pistols is Pemingbox (pepper-box) by Remington Zig-Zag Derringer. 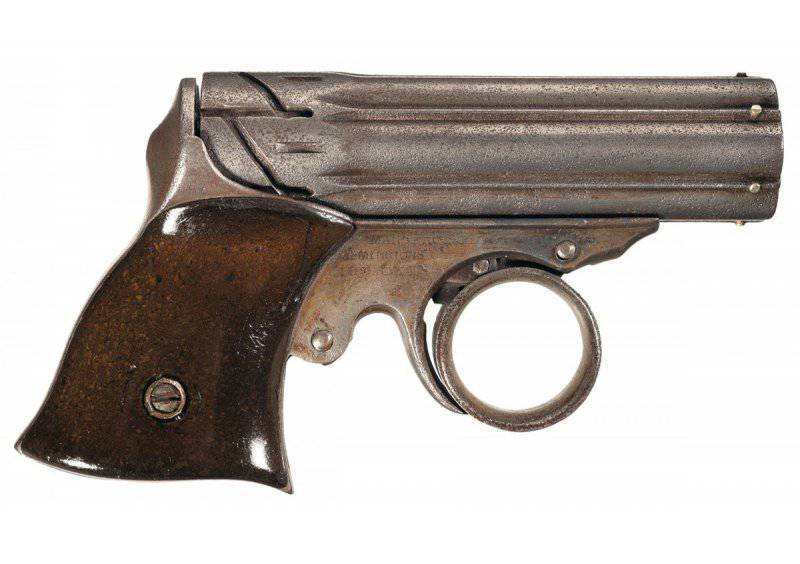 Remington Zig-Zag Derringer consists of a frame, a block of trunks and a double-action firing mechanism. Zigzag grooves, which are part of the mechanism for turning and cocking the trigger, are applied on the surface of the table unit at the base where the chambers are located. For this reason, the gun and got the name "Zig-Zag". 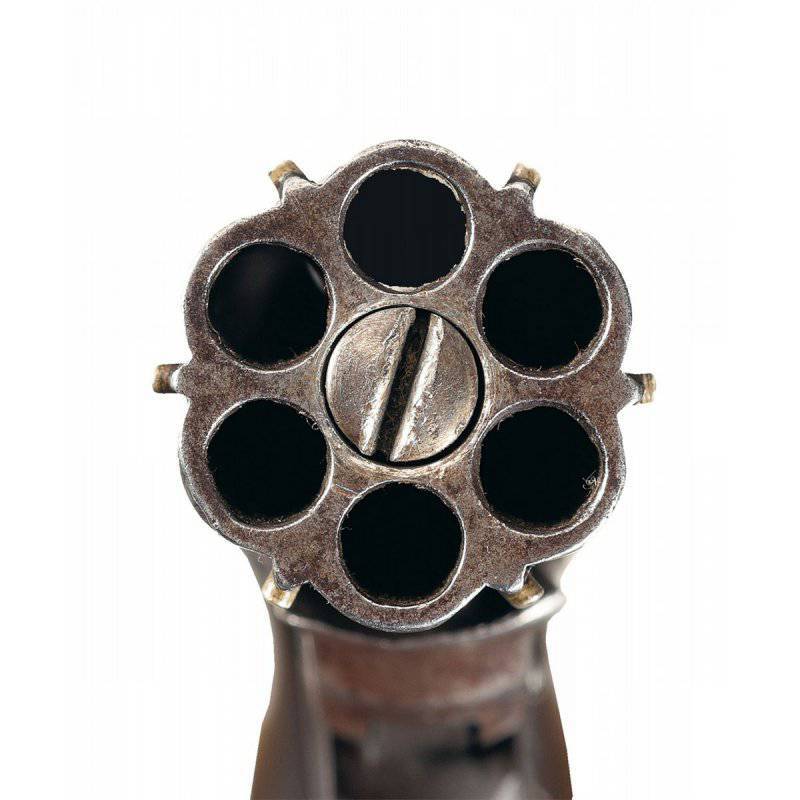 The block of barrels is fixed on the central axis and consists of six parallel bore channels rotating during firing. The length of the barrel unit 82 mm. 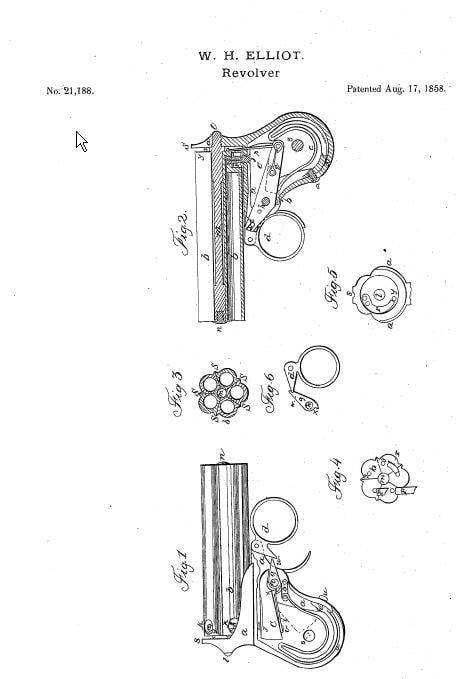 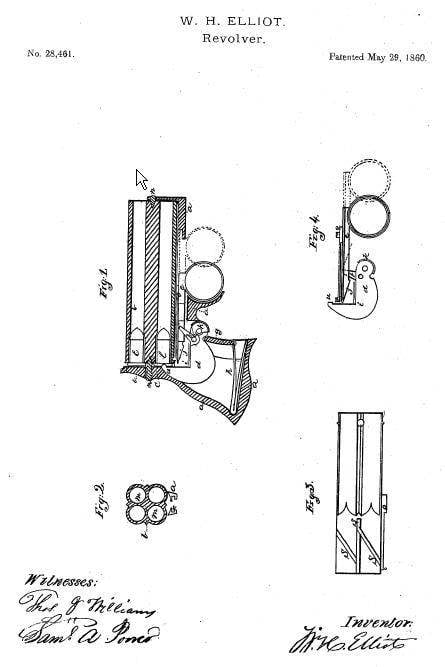 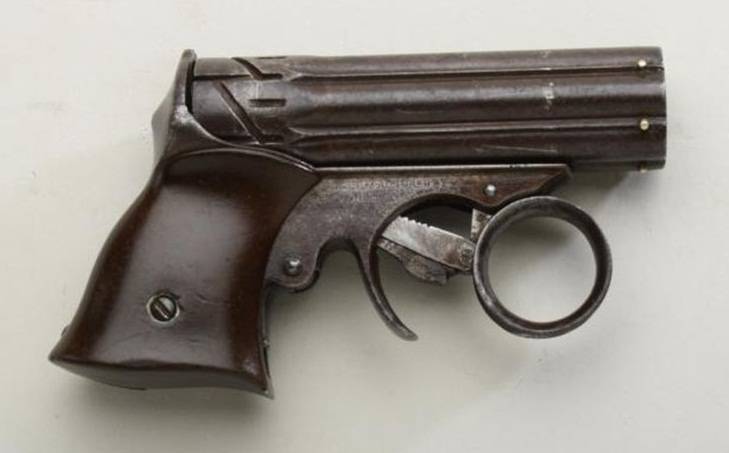 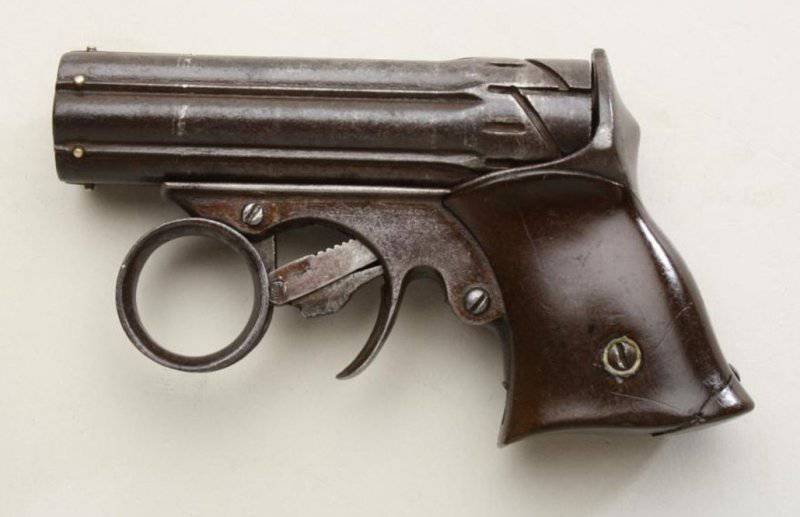 Trigger trigger pistol type. Cocking the internal trigger occurs when you move the descent ring forward and then back. 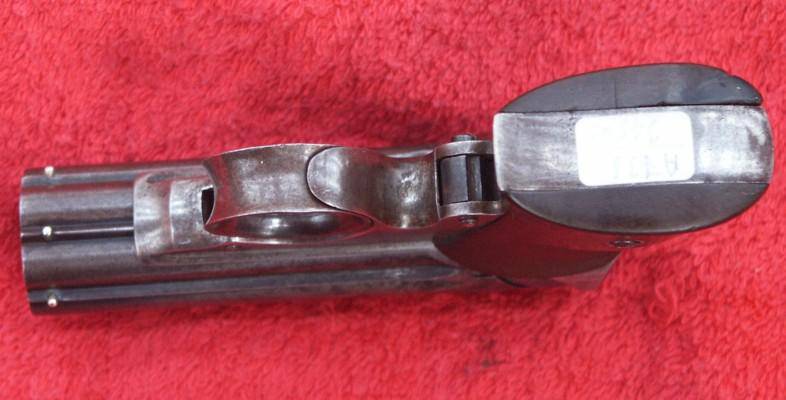 A "C" -shaped frame restricts backward movement of the ring. The lower part of the handle is slightly expanded and has the shape of most American revolvers.

Remington Zig-Zag Derringer sperm peppers are flies that are placed on the ribs between the trunks of the trunks and the rear sight, located in the breech frame. 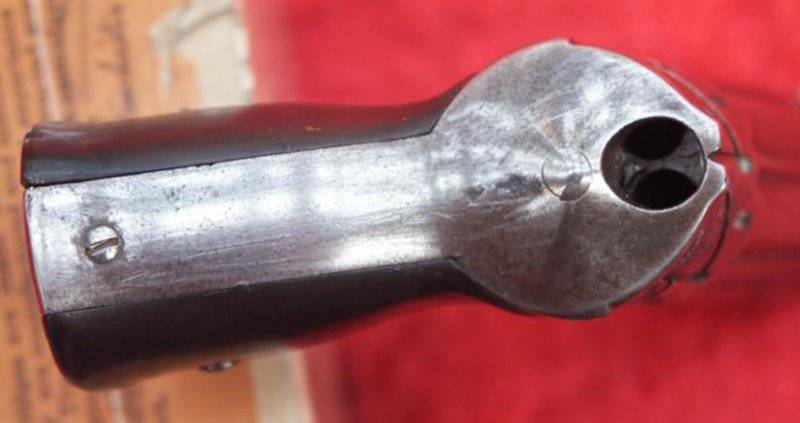 In the back of the gun there is a hole for equipping the chamber with cartridges. Through the same hole, the spent cartridges are removed. A screw for adjusting the force of the mainspring is installed in the lower part of the handle. 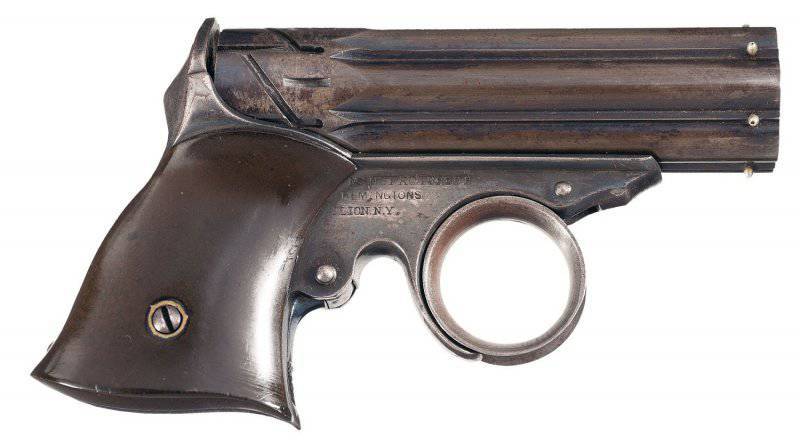 On the frame of the gun on the right side is marked, indicating the manufacturer "MANUFACTURED BY REMINGTON, S, ILION.NY" 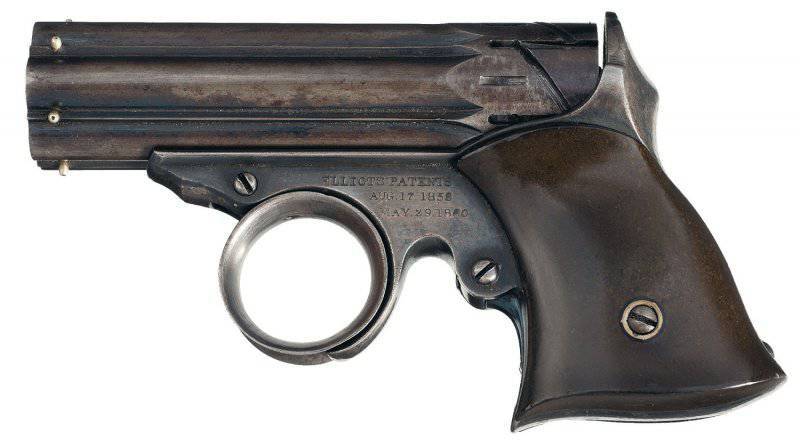 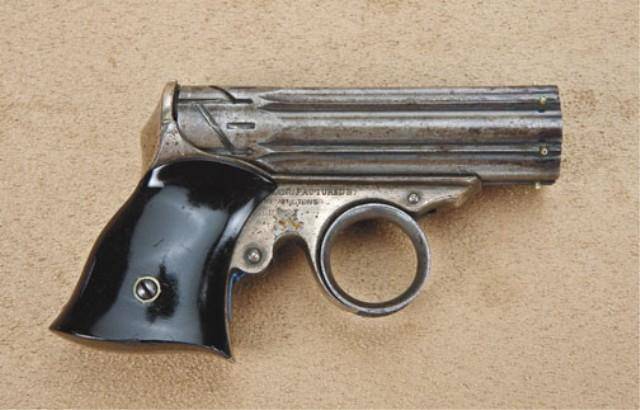 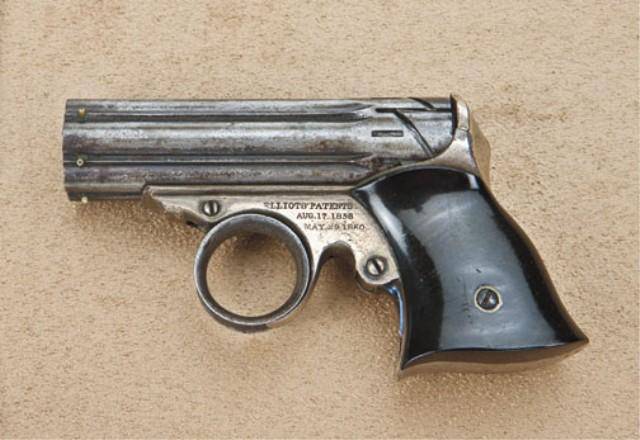 Remington Zig-Zag Derringer was made not only with blued frames, barrels and cheeks of hard rubber grip. The metal parts are chromed or silver plated. The cheeks of the handle were smooth and could have a brown or black color. 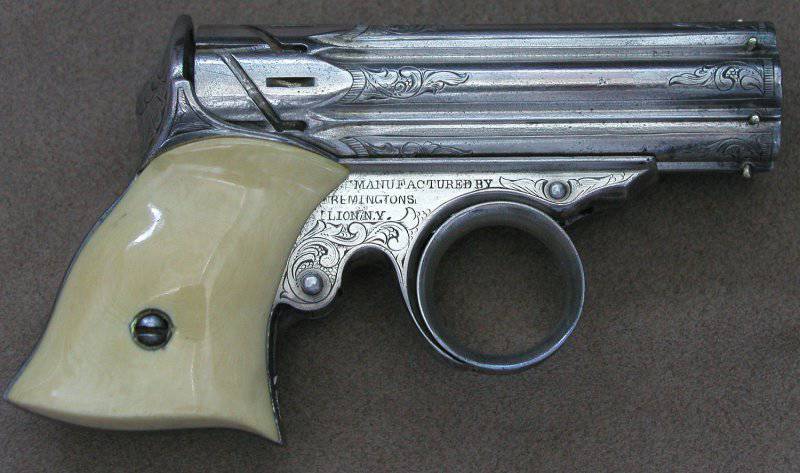 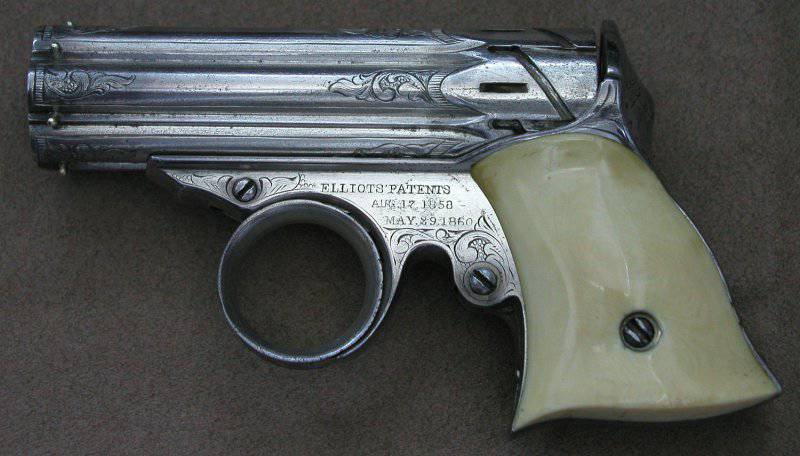 Remington Zig-Zag Derringer could not be called a very successful Elliot pistol, if not for the mass of interesting design solutions, which were successfully embodied in subsequent models of both Remington itself and other weapon companies. 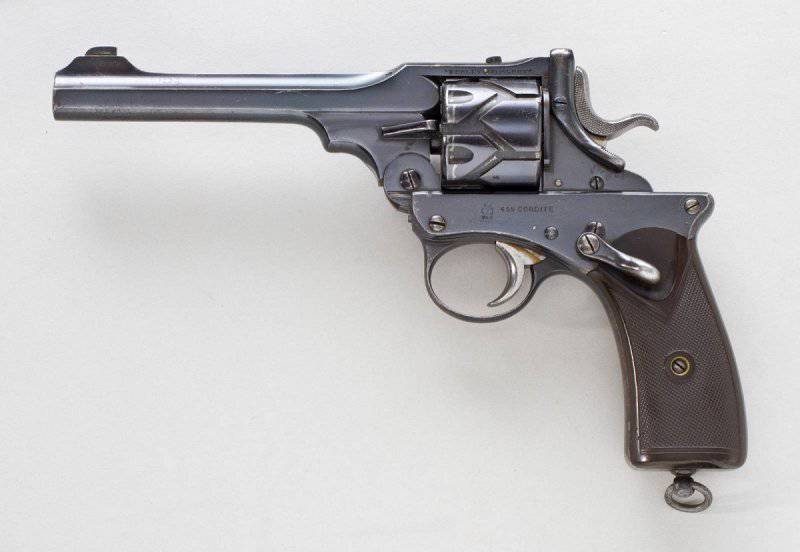 One of the most successful descendants of the Remington Zig-Zag pistol is the Webley-Fosbery revolver.