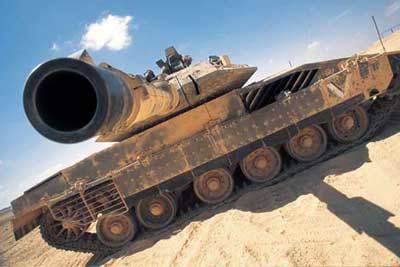 Defense Minister Ehud Barak allowed to declassify the tank "Merkava-4" and put it at the tenth international exhibition of arms and military equipment of ground forces and ground-based air defense "Eurosatori-2010" opened in Paris. This exhibition is considered one of the most prestigious and important on the international market of modern weaponsreports ZMAN.com. 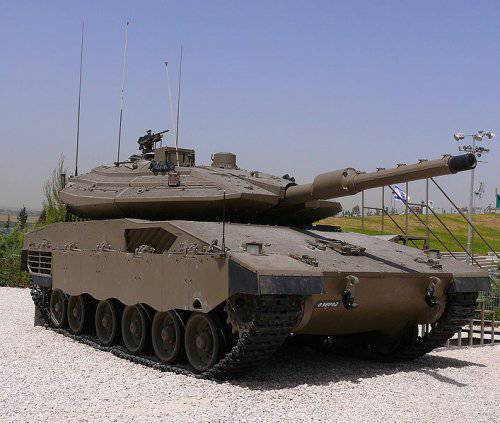 The main reason for this decision of the Minister of Defense is the search for strategic partners for further modernization tank.

Until now, the project to create a tank "Merkava-4" was considered one of the most secret in Israel. But a senior official of the Ministry of Defense said that in the case of an acceptable proposal to purchase a new tank, it would be considered positive. 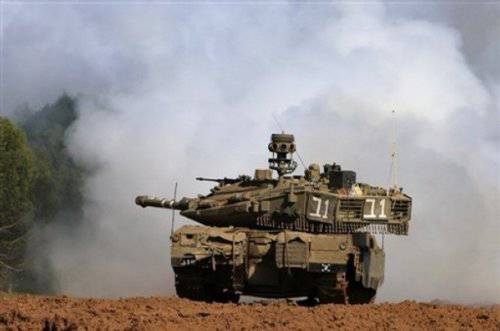 “Israel is ready for a deal with a strategic partner that will further modernize the best tank in the world,” he said.

The design of the tank, which received the designation "Merkava" (Divine chariot), began in 1967. The designation was used as a temporary project name, which was subsequently assigned to the tank. The first prototype was built in 1974. In May, 1977 announced the completion of the development of a new tank. The launch of the 40 pre-production vehicles was planned, the first of which were delivered to the 7 armored brigade, in 1979. For the first time, the use of military operations was carried out in the summer of 1982.

The Merkava-4 is the most advanced modification of the Israeli main battle tank. In terms of its qualities, it does not look like the three past modifications of the Merkava series. Improvements have been made to the Merkava-4, making it, on the one hand, more lethal, and on the other, more reliable for its crew. The tank is equipped with modern protection to prevent the penetration of shells and anti-tank missiles into the tank tower and into the fighting compartment where the crew members sit. The soldiers are protected by sensors that must detect in advance the launch of anti-tank missiles, including laser-guided ones.

"Merkava-4" - one of the first in the world, able to shoot guided projectiles. Projectiles are launched through a tank barrel, but they can, like rockets, change the direction of flight in the air. The target detection and fire control system allows you to detect distant targets and “close” them with a 120 caliber gun. Thus, the tank can continue to move at speed, while the gun remains "closed" on the target until the shot. In addition to this, the fire control system allows soldiers to receive information from helicopters and UAVs, which greatly expands the radius of target detection. 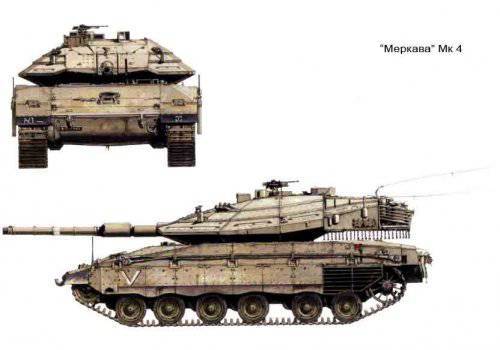