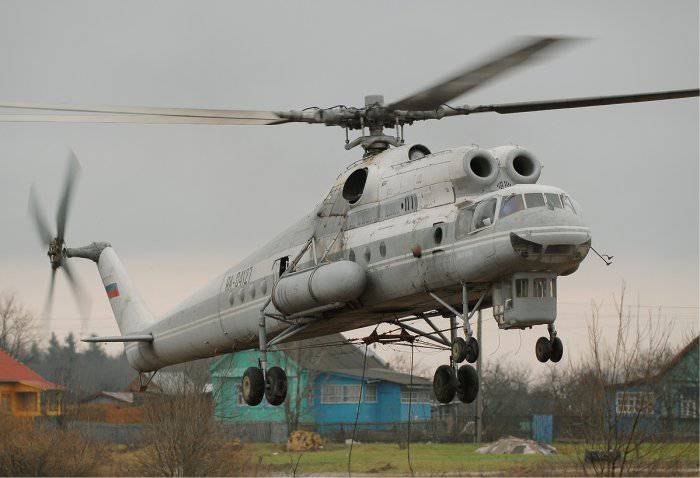 The design of the helicopter chassis can be very diverse, but they all boil down to three types: wheel, skid and float. Sometimes a combined landing gear is installed on a helicopter, for example, a wheeled one with inflatable (if necessary) cylinders. For the perception of the loads acting on the helicopter during landing and movement on the ground (for example, impact energy upon landing), the chassis is supplied with shock absorbers in addition to the wheels. The shock absorbers absorb the kinetic energy of a moving helicopter, turning it into a work of the compression forces of the suspension struts. Pneumatics wheels with their compression also (albeit slightly) absorb impact energy.

The main chassis layout on modern helicopters is a wheeled chassis with a front nose strut. This scheme provides the helicopter with good travel stability during run-up and mileage, as well as the most simple and safe landing in conditions of poor visibility and on unprepared sites. In this case, the tail support is also usually installed to protect the tail rotor from hitting the ground in the event of a wrong or rough landing. Sometimes on helicopters there is not one, but two nose struts, for example, on the Mi-4 and Mi-10. The main advantage of a wheeled chassis over a skidding one is to allow the helicopter to move along the ground at fairly high speeds (up to 80 km / h), which allows, if necessary, to take off and land in an airplane.

Float landing gear provides landing of the helicopter on the water (and on the ground) and keeping it afloat. Skid and float landing gear are mainly used on some light helicopters. In flight, non-retractable racks and wheels (floats) of the chassis experience significant air resistance forces, especially when flying at high speeds. The resistance of the non-retractable landing gear can be up to 30 - 40% of the total force of drag of the non-bearing parts of the helicopter. It is known that the power expended to overcome the forces of air resistance, increases in proportion to the speed of the helicopter in the third degree. Therefore, with increasing airspeed, the task of cleaning the landing gear in flight becomes all the more urgent.

Therefore, on modern high-speed helicopters, retractable landing gear is used. Usually wheels and landing gear cleaned in special niches of the fuselage. This provides a significant reduction in the drag of the helicopter, which facilitates obtaining the specified maximum flight speeds. Cleaning and release of the chassis in the permitted range of flight speeds have virtually no effect on the behavior and balance of the helicopter.