New military camps will appear on the Kuril Islands and Sakhalin. 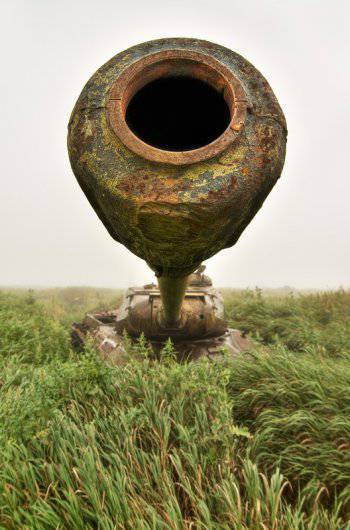 At the end of last year, the commander of the troops of the Eastern Military District, Colonel-General S. Surovikin, spoke about the plans of the Ministry of Defense regarding infrastructure development. The focus of the coming years will be the Kuril Islands and Sakhalin. Before 2020, the Ministry of Defense together with the Federal Agency for Special Construction (“Spetsstroy of Russia”) should perform a number of important works on the construction of new facilities and the repair of old ones.


18 April in Yuzhno-Sakhalinsk held a meeting of the command of the Eastern Military District. During this event, the military leaders discussed a number of important issues, including the construction of new facilities and the modernization of existing ones. The priority direction for the coming years will be the construction of infrastructure in the Kuril Islands. According to Colonel-General S. Surovikin, before 2016, more than 150 new facilities will be built on the islands of Kunashir and Iturup (Southern Kuriles). The decision to build a new infrastructure was made several years ago. All preliminary work has now been completed. All necessary projects are accepted and approved.

The goal of construction, which will begin in the next few weeks, is the creation of autonomous military camps. A number of military installations will appear on the southern islands of the Kuril Ridge, as well as a large number of residential buildings, etc. The autonomy of the townships will be provided by various civilian objects: hospitals, educational institutions, cultural, recreational and sports facilities. In total, over 150 various buildings and facilities will be built. In addition, the necessary roads will be built or repaired.

An interesting question is the classification of new infrastructure. The news agency SakhalinMedia, citing the head of the press service of the BBO, A. Gordeyev, reports that one hundred and fifty buildings and institutions appear in the documents as military men. The fact is that the construction orders and finances the Ministry of Defense. The consequence of this is a specific classification of hospitals and kindergartens, which according to the documents prove to be military objects.

TSB troops will populate new military camps in 2016 year. They will be able to take advantage of all the benefits that the built infrastructure provides. After completing work on the Kuril Islands, the employees of Spetsstroy of Russia will be engaged in the execution of another order of the military. By 2020, new autonomous towns are planned to be built on Sakhalin Island, as well as to upgrade existing ones. Construction of new and updating of existing towns on Sakhalin will be conducted in the same way as in the Kuriles. The military will receive new homes, medical and educational institutions, as well as cultural and sports facilities.

Thus, by the 2020, in the Far East several new military camps will appear with all the necessary infrastructure. This will strengthen the grouping of troops on Sakhalin and the Kuril Islands, which will correspondingly affect the country's defense capability. To increase the combat capability of the troops, already this year three testing grounds on Sakhalin and Kuriles will be modernized. Training sites will receive the most modern equipment.

The construction of autonomous towns can have not only military consequences, but also political ones. The creation of such objects in the South Kuriles will be an additional argument in favor of Russia in the long-standing Russian-Japanese dispute. Official Tokyo calls several southern islands of the Kuril Ridge (Iturup, Kunashir, Shikotan and the Habomai group) its territory, although according to the results of the Second World War they became the territory of the Soviet Union, and then Russia.

In its claims to the islands, Japan relies on the Treatise on Borders and Trade, signed by the two countries in the 1855 year. Russia, in turn, appeals to the results of the Second World War. Over the past decades, Japanese officials have regularly called on Russia to transfer to Japan the alleged territories belonging to it. Moscow, in turn, constantly reminds of its position.

In such a situation, reinforcement of the troops of the Eastern Military District, and even more so the construction of military camps in the South Kuril Islands, looks like another statement about the seriousness of the Russian position. The emergence of permanent towns and new facilities should clearly show that Russia is not going to abandon several "disputed" islands. Therefore, in the very near future, new unfriendly statements by the Japanese leadership and various radical organizations wishing to receive the islands may appear.

Nevertheless, the main result of the construction of new autonomous military camps will be the improvement of conditions of service. Thanks to the new construction program, over the next few years, a number of units serving in the Kuril Islands and Sakhalin will begin service in comfortable conditions. Soldiers will be able to take advantage of all the benefits of new towns as early as 2016.