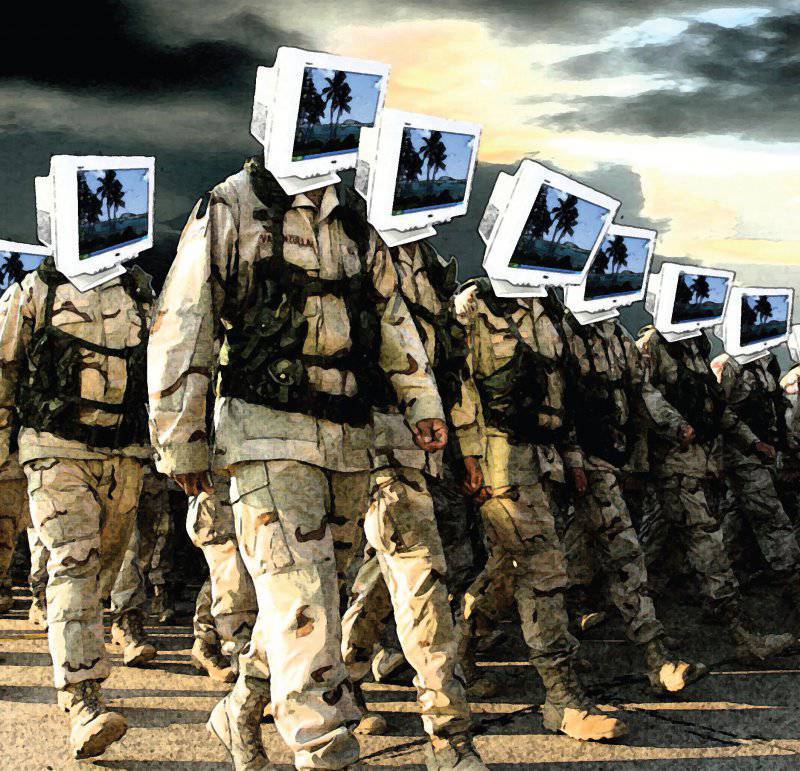 Already now we can begin to congratulate the American "partners" on the fact that this year their USCYBERCOM service celebrates the fifth anniversary of its inception. For five years, soldiers of the Cybernetics Command (this is USCYBERCOM) are working in the sweat of their face. . Yes, how they work! Now that there is such a military structure in the USA, everyone knows what we, the United States of America itself, should congratulate on.

How do they know that the Cyber ​​Command in the States works without ceasing? And not even from Edward Snowden, who now not only lives in Russia, but also uses the direct line with Vladimir Putin, to clarify: is the Russian president going to take the whole world under cybercolpac in the image and likeness of the US ... They found out very simply . Fortunately, every day the space of the Runet is replenished by caring users who are ready to spend their personal time verifying the authenticity of this or that information. It was the work of such users that made it possible to see the “tail” of USCYBERCOM, which is not quickly hidden around the corner.

This “tail” is a message that has now become almost world-wide, “of the Crimean women - the officer’s daughter”, which just burst out the cry of the soul, saying that she and the other “captain’s daughters” personally do not want to see Crimea as part of Russia, but they want without fail to leave it under the jurisdiction of Kiev. And the phrase "I'm a Crimean, the daughter of an officer. I live here 50 for years. Just believe: everything is not so simple here ... ”became a real symbol of the work of USCYBERCOM.

The authors of the phrase “Crimean women” hatched the following plan in their heads: the users of the World Wide Web should learn that many residents of Crimea allegedly do not welcome the referendum and the annexation of Crimea to the Russian Federation. Then, the users and the world media that will grasp this cry of the soul of the highly experienced “Crimean woman” will spread news in a special frame, adding even more credibility. And the last stage - it will be possible to shake a piece of paper (a letter from the insulted "peninsula resident") as an analogue of Powell's test tube at the UN Security Council, stating that Russia rejected the Crimea without taking into account the opinion of the inhabitants of the peninsula. Paper and others, let's say, elements, are shaking today, but not at the Security Council, and not at the same level of credulity as before the American invasion of Iraq.

The far-reaching plans of the US cyber war, linked to the hopes of a letter from the “daughter of the officer,” did not come true. The fact is that after the publication of this Internet pearl, a number of Russian and not only Russian bloggers decided to check where the “Crimean” is broadcasting from, which is so categorical in terms of its desire to leave Crimea to Ukraine. Checking the IP address produced a very original result. It turned out that the first “Krymian woman” (and in the course of several March days there were quite a few such “Krymians”) fills the network with his opinion not from Sevastopol, not from Feodosia and not from the administrative center of Crimea - Simferopol. Publications come from the United States of America, which was shown by the IP-address verified by the Internet users of the person who, on behalf of the “daughter of the officer,” filled the Internet with disinfection.

In a number of Russian blogs (one of them is http://papasha-mueller.livejournal.com/2336727.html) materials appeared that the “Crimean”, which advocates the fate of his native peninsula, lives for some reason in Illinois (Cook County, Arlington Heights). Further deepening in information about this place led users to the fact that approximately in the same place there is a special training center for reservists of the US Army. By the way, the mayor of the town of Arlington Heights is a man by the name of Mulder. Well, not so these materials and secret, as it turned out ...

Maps Yahoo.Maps give the exact place from which she “posted” in a number of electronic publications and blogs “Krymian woman”, at a minimum, of Balzac age. 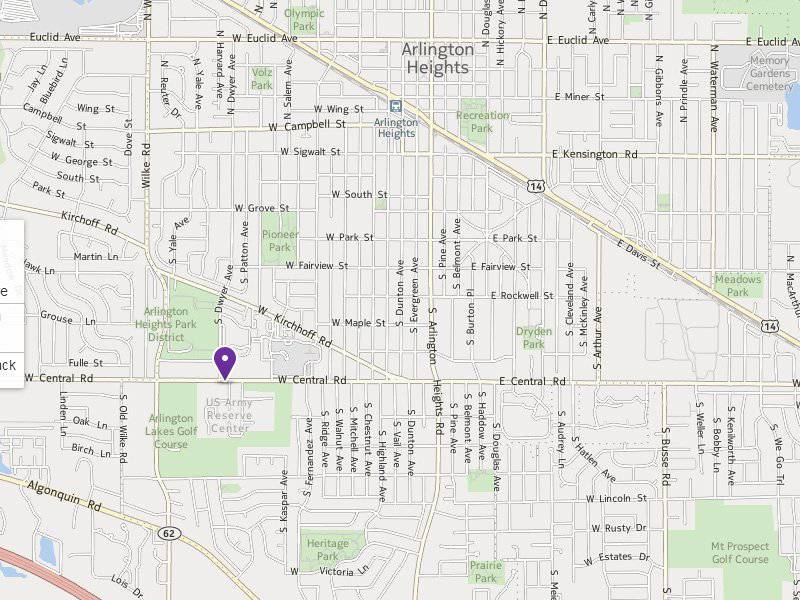 The distance between the regions (Crimea and Illinois) in a straight line - 9000 km ... 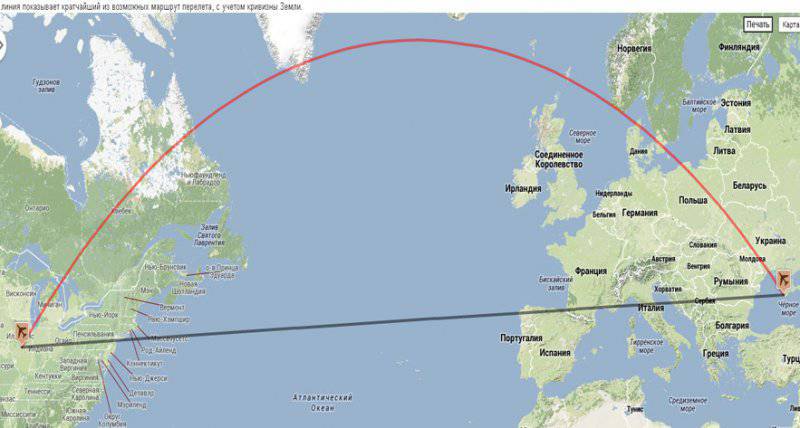 What kind of frank Kiks was on the very eve of its fifth anniversary from the service of USCYBERCOM, which apparently decided to conduct a “laboratory work” among its own reserve pupils. I set goals, the equipment was available, I took part in the course of the work, but critical mistakes were made when writing the conclusion ... As a result, the whole lab was for nothing.

After the “Crimean”, as they say, they burned, “she” wrote something a couple of times “like in Nikolayev (the connection between the Crimea and the city of Nikolaev -? ..) something is wrong with the proxy”, but when “the daughters officer "began to respond to the residents of Nikolaev himself, who had everything in order with the proxy, then the" lady "in the American" digit "simply removed their pearls from sin.
The work of the American Cyber ​​Command and its Ukrainian "infantry" won numerous jokes in the Runet space. Users began to practice who would be better at rerolling USCYBERCOM reservists.
Comments of the readers of the above blog in LJ.

Irlay777
I am Yulia Timoshenko's second cousin. Believe me, everything is ambiguous in Kiev.

It_comment
I am the great-great-great-great-granddaughter of the first settlers of America, I live in the White House. Secretly from her husband, I support Vlad Putin. Ukraine tse Rosia!

Ortheos
There now the whole platoon runs three penalty laps around the Pentagon.

After such a kick from the US cyber war on the Internet, a whole group of users emerged, who already pointed out how the Ukrainian cyberhokhotinists are trying to carry out the USCYBERCOM covenants. And there were plenty of “gifts” on the fifth anniversary of this American division. Social networks, various blogs and portals were simply flooded with messages, from which the readers, according to the authors' idea, should have their hair stood on end, but in reality everything only led to irony over the unlucky "infantrymen." Here is one of them.

Half an hour ago in the city of Simferopol there was an explosion somewhere near the fire station, not far from the railway station. Could not immediately write. Lightning speed knocked out from the Internet, all the neighbors frightened off the lights and televisions. On the street minutes 15 with included emergency gangs drove cars. What happened, now I will try to find out.

Ukrainian huskies for Irma fell down like a horn of plenty. Poured, poured, while one of the users didn’t pay attention to where Irma wrote about the Simferopol “explosion”, which for some reason was not noticed by the residents of Simferopol themselves. One Irma noticed ... The social network was categorical: the place of creation of the post is “Kiev”. Either Irma for half an hour was able to overcome the distance in 800 km, unsubscribing from the Ukrainian capital, or, almost according to the classics, was moved to Simferopol by hypnosis Woland ...

As one of LJ users writes (Yetnick):
Looks so jerked that from Simferopol for half an hour to Kiev has finished, and you would just laugh ...

In general, with the fifth anniversary of you, USCYBERCOM. And the state definitely needs to be shaken up ...