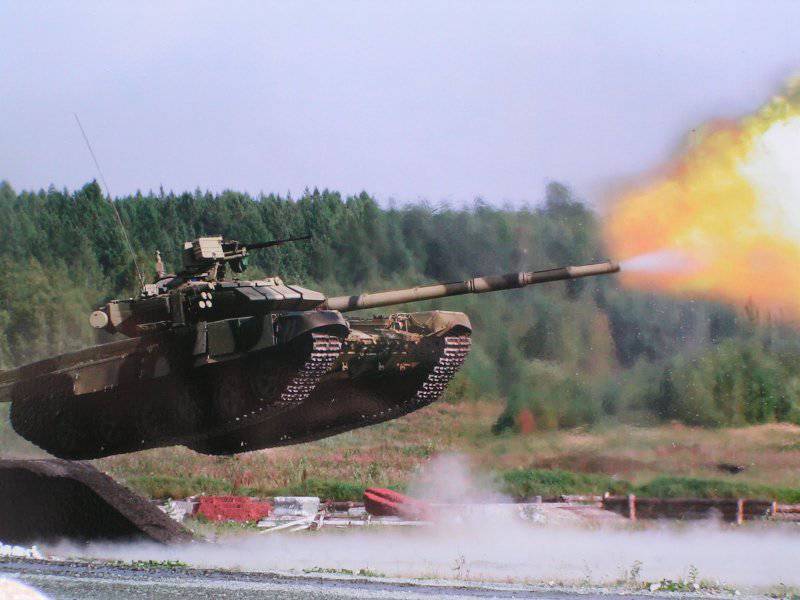 The cost of maintaining armies in the world is reduced. First of all, this is due to the budget crisis that swept the countries of the West: in spite of their far-reaching plans of conquest, the United States and the countries of the European Union are compelled to be content with little. On the other hand, military spending in the East remained virtually unchanged, and, moreover, individual states even increased the funding of their armed forces. Thus, the balance of geostrategic balancing leaned in favor of Asia.

East dominance in global politics is about to become a fait accompli. Following the decolonization and the Asian economic miracle, a new wave of modernization of the Asian countries is coming. This time, the East is going to succeed in the arms race with its Western rivals, becoming one of the most influential centers of power on the globe. The West cannot oppose anything: the crisis “killed” the budgets of European states. Against the background of the budget deficit, the purchase of weapons looks like an expensive pleasure.

This is evidenced by data cited by the Stockholm International Peace Research Institute and published in the media 14 April. Thus, the total amount of military spending worldwide in 2013 compared to 2012 in the year decreased by 1,9%.

Trends in savings on the purchase of weapons are characteristic of Western countries. For example, last year the United States reduced the funding of its armed forces by 7,8%. According to experts, this was done in connection with the end of the war in Iraq, as well as in anticipation of the upcoming withdrawal of American troops from Afghanistan. Auto budget cuts, approved by Congress in 2011, also played a significant role. However, the United States military budget, equaling 1.747 billions of dollars, remains the largest in the world.

In previous decades, the United States overran the cost of excessive military spending. Despite the end of the Cold War, Washington continued purchasing weapons and reinforcement of the armed forces. Americans spent more on financing the military than the rest of the nations of the world combined.

Similar trends are observed in the allied countries of America. We are talking about European states, which, although they did not take part in arms races, still suffered from the recent global financial crisis. Due to the banal lack of money, Europeans are forced to save on everything. The only exception is rich Germany, the “locomotive” of the European Union, and paranoid Poland, always waiting for some kind of attack from the east. The rest of the countries have long abandoned ambitious programs in the military sphere and are forced to take austerity measures.

But despite this, the states of the North Atlantic Alliance still remain the largest buyers of weapons in the world. This indicates that Europe is not planning to disarm at all, and at the first opportunity it will resume the policy of militarism.

The East, meanwhile, is building up military power. Analysts at the Stockholm International Peace Research Institute believe that these processes are caused in part by continued economic growth, and in part to a reaction to threats from rivals, including Western countries. However, the escalation of the cost of maintaining the armed forces in some cases is caused by the ongoing regional arms races. The most striking examples of such “competitions” are the confrontation between India and Pakistan or between Iran and Saudi Arabia.

By the way, the latter, in response to the Iranian nuclear program, substantially increased its military potential. Saudi Arabia even entered the top three world leaders in terms of the growth rate of spending on arms purchases and in the number of 23 countries that have increased their military budgets more than doubled over the past 10 years. Saudi neighbors - Iraq and Bahrain - are not lagging behind: Iraq’s military spending increased by 27%, Bahrain - by 26%. It is clear that a civil war is going on in Iraq, and the government is spending all the money it earns to strengthen the army. But why Bahrain got involved in the arms race? Apparently, a significant role was played by geographic proximity with Iran, which is the regional enemy of the Sunni monarchies of the Persian Gulf.

Of the other Muslim countries that purchase weapons in large quantities, it should be allocated Algeria, which in the 2013 year spent over 10 billions of dollars to finance law enforcement agencies. This is a record for Africa: Algeria is the first state of the “Black Continent” to overcome the ten billion mark. Military allocations are also increasing in Angola, which increased the defense part of the budget by 36% and ranked second in terms of military expenditures in Africa.

Is a new arms race between Russia and the USA possible?

The three of the countries implementing the modernization of their armed forces at the fastest pace, along with Saudi Arabia, included Russia and China. The actions of Moscow and Beijing are understandable: the United States, along with its regional allies, are carrying out continuous pressure on the western borders of Russia and on the eastern borders of China.

China needs a powerful fleet in order to protect itself from South Korea, Japan and Taiwan, who are ready, with the support of Washington, to create serious difficulties for the Celestial Empire. Recently, China has been implementing a large-scale program aimed at improving the naval forces. It is planned to build new aircraft carriers and submarines, including nuclear ones. And for rearmament fleet Beijing asks for help from Moscow.

Russia itself has increased defense spending by 5% and continues to confidently restore its military potential, partially lost after the collapse of the USSR. Foreign experts say: in 2013, Russia for the first time in 15 years overtook the United States in terms of military spending, expressed as a percentage of national GDP. The United States is spending about 5% of GDP on supporting the army, and this figure is constantly decreasing. The share of military spending in Russia is more than 3% of GDP - but this is only according to official data. Foreign experts consider the information from Russian sources unreliable, and add another 1-2% of GDP. So Moscow is in the lead?

Employees of the analytical company HIS believe that over the next three years, Russia will increase the financial support of its armed forces by 44%. If in the 2013 year the Russian army got 68 billion dollars, by the year 2016 this amount will grow to 98 billion.

Interesting and data from European countries that are part of the North Atlantic Alliance. Many of them spend on the maintenance of the army less than 2% of GDP. Such low costs do not meet the standards of the organization: the NATO charter states that the military expenditures of the member countries of the alliance should be at least 2% of GDP.

The United States has been trying to force its European partners to increase the cost of the armed forces for years, but so far without success: in addition to the aforementioned Poland and Germany, no one wants to undermine the national economy at the whim of Washington. However, the White House has a chance to intimidate the European leaders by a rising Russia. The threat from the East is the eternal horror of the Western world, and Europe, stunned by Russian might, is guaranteed to take part in the arms race between Moscow and Washington.

The US recklessly hopes to win the arms race again, but it does not take into account that the European Union, still weakened by the crisis, will not withstand the financial turmoil associated with the new cold war. Perhaps the beginning of the global confrontation will end for the EU in the same way as the first arms race turned for the Soviet Union. But is it worth interfering with the American adventure, to decide Brussels.