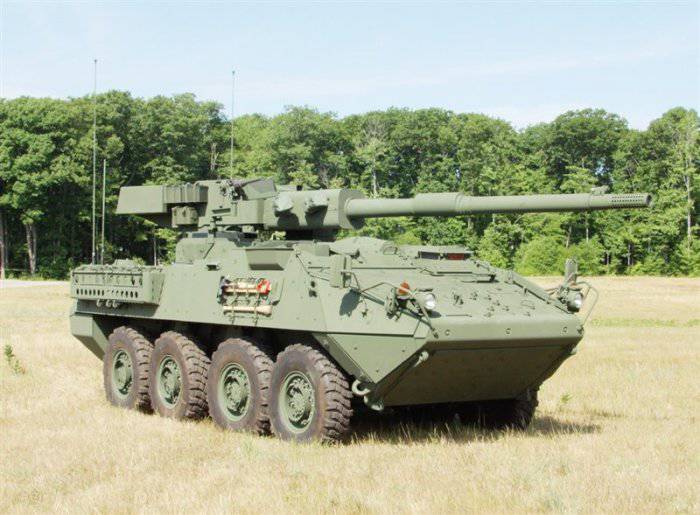 The Stryker MGS is an assault platform for direct fire, armed with a 105 mm cannon on a low-profile, fully stabilized, intended for firing on the move, a tower integrated into the chassis of the Stryker armored personnel carrier. Ammunition of the main gun is 18 shells of NATO standard caliber 105 mm, 400 cartridges caliber 12,7 mm and 3400 cartridges 7,62 mm. It can hit enemy vehicles, equipment and fortified positions, destroy bunkers and walls.

The Stryker is a family of eight-wheel drive vehicles that can reach speeds up to 62 miles / hour on the highway with a power reserve of 312 miles. It has the most modern equipment C4ISR, as well as sensors for nuclear, bacteriological and chemical weapons. In addition to MGS, Stryker is available in nuclear, bacteriological and chemical reconnaissance configurations; anti-tank guided missiles and medical evacuation vehicles; transportation of mortar, engineering units, commander groups and fire support groups. The Mobile Artillery System has more than 70 percent of the components common to 310 other Stryker vehicles, such as the Combat Team Brigade, which facilitates the preparation of units and reduces the burden of logistics.

Being significantly lighter and more convenient to transport than today's Tanks and armored vehicles, Stryker satisfies the immediate need to equip strategically deployed (C-17 / C-5) and operatively deployed (C-130) brigades capable of rapid deployment anywhere in the world in full combat readiness. Stryker Battle Group brigades have been involved in “historically important” missions in Iraq since October 2003, demonstrating the virtues of a force that can quickly be deployed as a cohesive and networked mixed-arms combat group. 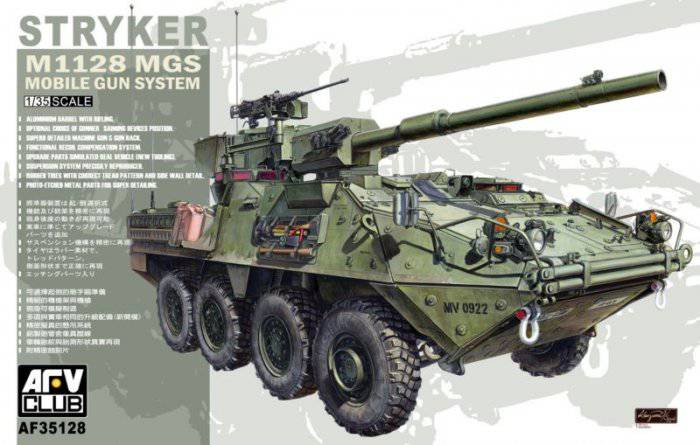 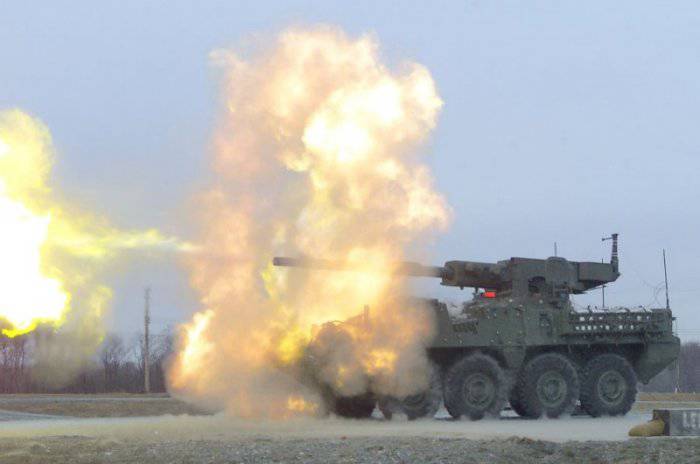 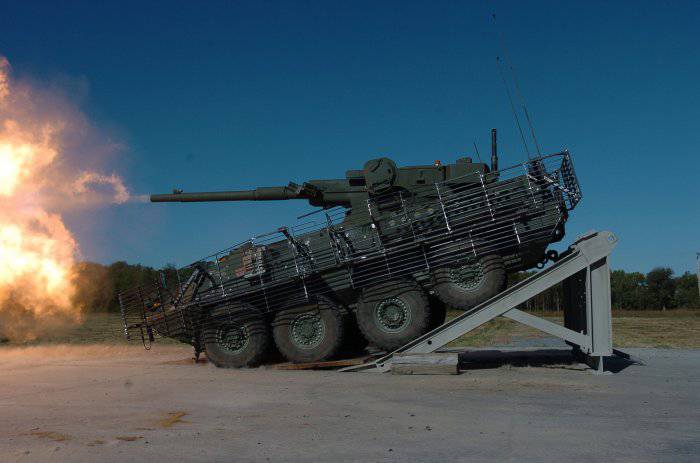 Ctrl Enter
Noticed oshЫbku Highlight text and press. Ctrl + Enter
We are
Armored Stryker. Plans and problemsNew modification of the BBM “Stryker” - Stryker MCVV
21 comment
Information
Dear reader, to leave comments on the publication, you must to register.