US Navy wants to turn helicopters into drones

April 9 2014
20
In the past few years in the United States a lot of attention is paid to the creation of various unmanned aerial vehicles, as well as the development of these technologies. New "drones" are tested regularly, and in more and more difficult operating conditions. Another direction of the development of unmanned technology may be the modernization of serial helicopters in drones. It is reported that this program provides minimal intervention by helicopter operators, who will play the role of observers and people pointing to a specific goal. The technology is created for the transportation of goods in various hot spots of the planet.


On Saturday, the US Navy expects to provide the public with new technologies, which are an unmanned helicopter capable of independently choosing a flight route, as well as take-off and landing sites, the famous American newspaper Wall Street Journal writes. Rear Admiral of the US Navy Matthew Klander noted that this is a truly revolutionary technology. What we are talking about is related to real full-sized helicopters, which are able to deliver cargoes weighing approximately 2,3 tons.

The new technology was created in close cooperation with Lockheed Martin and Aurora Flight Sciences and is designed for large helicopters in service with the US Navy. It is assumed that with the help of the created program, the helicopter will be able to independently change the flight path and select landing sites depending on the prevailing conditions. According to the American edition, with the help of such a system, it will be easier for the American Navy to supply remote bases with multi-ton cargo. 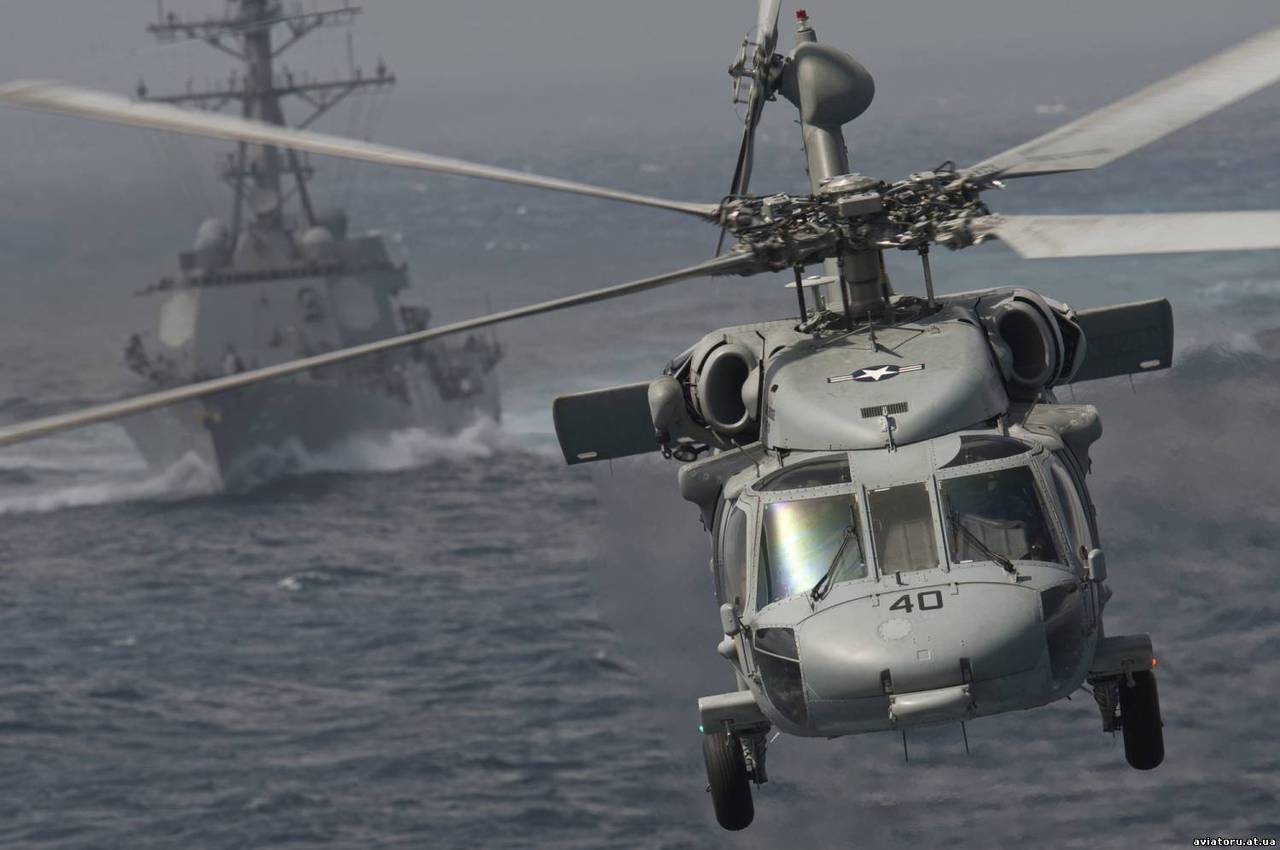 The representative of the US Marine Corps, Deputy Clander, Major General Kevin Killea, noted that he did not know of another innovative project that would be of greater importance to the Marine Corps, and which would give the same great hopes. According to the Wall Street Journal, the new program has already been tested in Quantico at a US Navy military base. The test participants took 30 minutes to use the special application and tablet to start the process of helicopter self-tuning. Currently, the new system continues to undergo a stage of improvement, but representatives fleet They believe that they will be able to use it already this year. In total, the US military is ready to allocate $ 5 million for the implementation of the new program, which is designed for 100 years.

The interest of marines in such devices is quite understandable, since the ILC in recent years has been actively involved in hostilities. According to the Pentagon, from 2003 to 2007 in Afghanistan, for each of the 24 successfully carried out fuel convoys, at least 1 was killed or wounded by an American soldier. In the future, unmanned vehicles can not only reduce the number of casualties, but also can be used in rescue operations, removing wounded soldiers from the battlefield.

Representatives of the Pentagon note that it is the desire to save the lives of military personnel during the delivery of cargo and escort convoys that explain the work on the development of this system. It is reported that, if necessary, the system can be adapted to control the serial V-22 Osprey tiltrotor. At the same time, it is reported that all currently existing analogues of unmanned helicopters require a detailed flight planning procedure and are very vulnerable to unforeseen changes in the situation. At the same time, it is reported that the new American development will be deprived of these shortcomings. 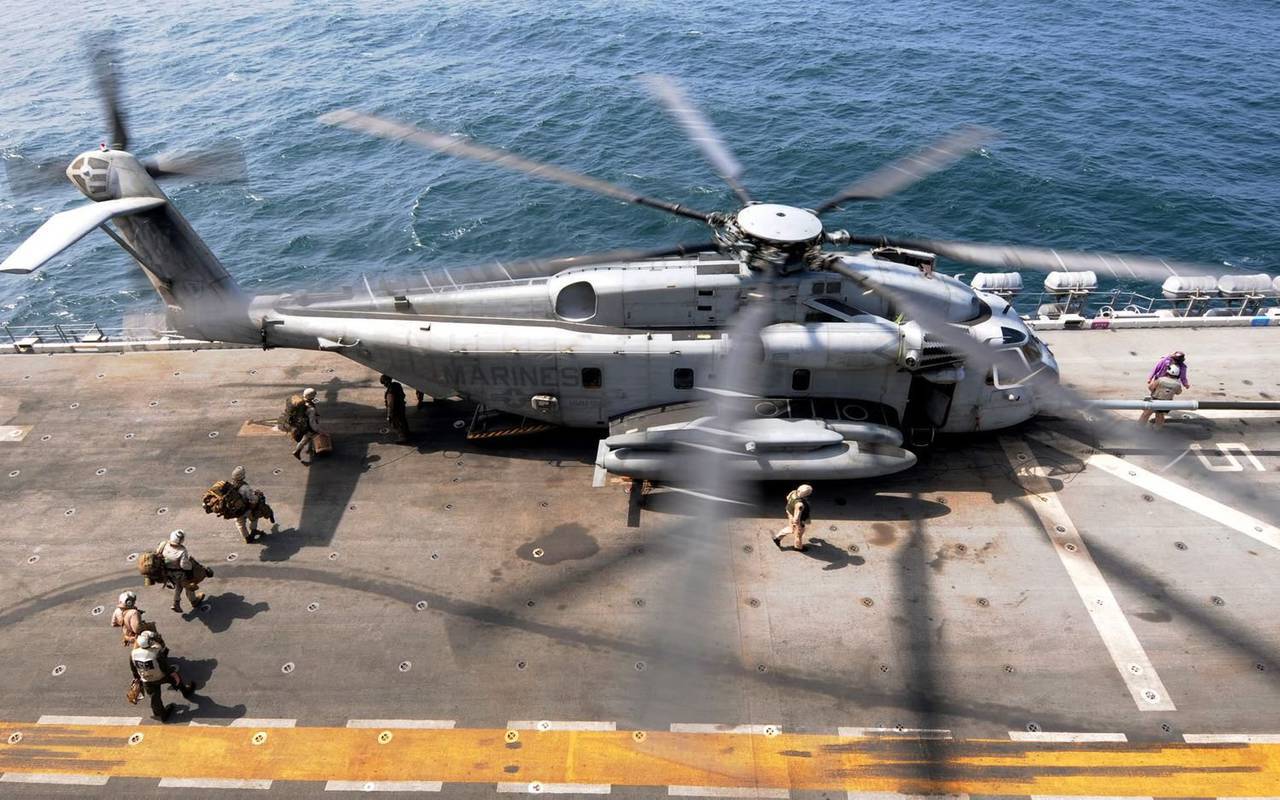 Currently, 2 is being developed of the type of unmanned control modules for transport helicopters: Aurora Flight Sciences is working on one, Lockheed Martin is working on another. With the help of this additional equipment and special software, the helicopter will be able to fly in an unmanned mode, independently changing the motion vector if it detects unforeseen interference during the flight. Thanks to the use of a special sensor system, an unmanned helicopter will be able to land in any weather conditions, even with poor visibility. At the same time, his sensor system will include in its structure electro-optical and infrared sensors, as well as a device that uses the technology of light detection and determination of the distance to objects - the lidar.

Tests were carried out on the basis of Quantico. There were several test flights of rotary-winged aircraft. At the same time, a small system (the mass of the order of 45 kg) and specially created software are responsible for controlling the unmanned helicopter. The operator of this helicopter-drone interacts with the system using an ordinary tablet. According to the creators of this technology, it is easy to control such a helicopter. This task can be entrusted to employees who are not familiar with the skills and subtleties of control of aircraft. According to engineers, a few minutes (up to half an hour) of training sessions will be sufficient for mastering control. A special software application resembling a computer game is installed on a tablet PC. This application is a map of the area, next to which is a list of possible commands: the operator can indicate the danger zone to the drone or make adjustments to the landing site.

Currently, the US Army is already operating a K-MAX unmanned cargo helicopter, which has transported thousands of tons of various cargoes. But this helicopter is controlled from the beginning to the end of the flight with the help of a trained operator, who is required to carefully plan and plan each part of the flight, as well as special care when landing and taking off the K-MAX helicopter. The newly developed system will be simpler, it will be ready for mass production in 2014 or 2015. 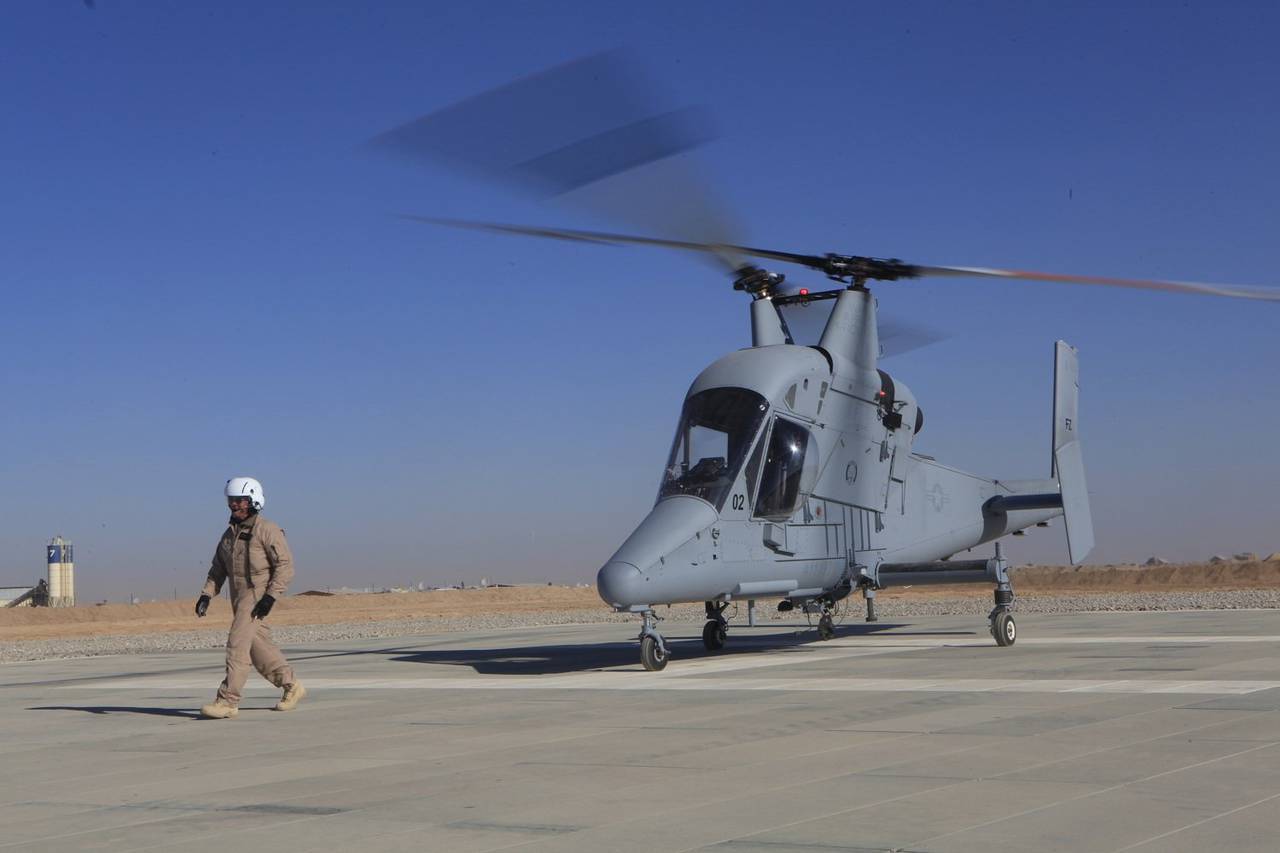 Unmanned helicopter K-MAX
Moreover, the Russian expert in the field of aviation, the editor-in-chief of Russia / CIS Observer magazine Maxim Pyadushkin believes that there is no reason to fear the “machine war” in the near future. So far, transport drones are in priority. If we talk about drone UAVs, then at present the person controls the launch of missiles on target. Theoretically, the next step of designers can be the creation of such an algorithm that allows the UAV to choose the target for defeat, based on a particular list of signs. However, currently no army in the world will do this - the risks of defeating the wrong goals are very high, the Russian expert believes.

According to Maxim Pyadushkin, in the past in our country also worked on the creation of unmanned helicopters. The Moscow Mil Helicopter Plant and the Kamov Design Bureau also had such developments. The Kamov specialists worked on the Ka-137 project - a spherical aircraft with a rotor, and the Mil specialists planned to create an unmanned version of their Mi-34 light helicopter. Currently, both companies are part of the holding company "Helicopters of Russia". At the same time, there is information that the holding is working on the development of helicopter UAVs in the interests of the military, perhaps, the developments of both companies are used for this.