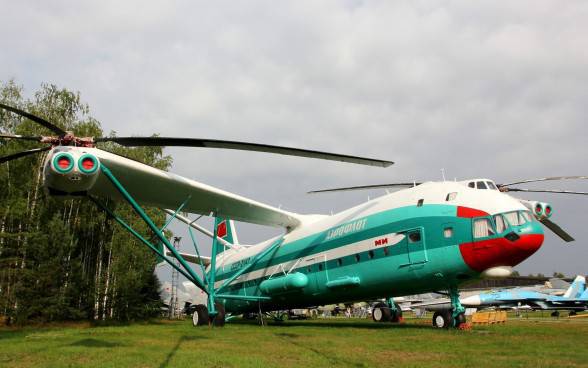 Among the exhibits of the Air Force Museum in Monino near Moscow you can see, probably, the most fantastic rotorcraft - the legendary Mi-12. This is the most powerful, heavy and lifting helicopter ever built in the world.

At the end of the 50-s, the Mil Design Bureau began the first research on the creation of a giant helicopter capable of transporting cargo weighing more than 30 tons. A similar machine was needed for the military, in particular for the transport of components of intercontinental ballistic missiles, as well as for civilian purposes, for example, for the delivery of heavy loads to areas without roads. 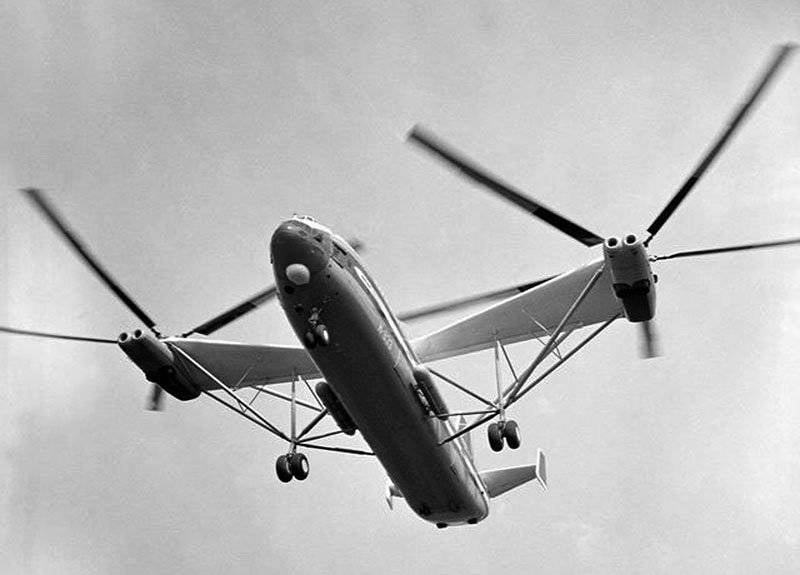 The classic single-rotor scheme could not be used at such a carrying capacity. Michael Mil chose the transverse scheme, the most difficult in the technical sense.

On each wing of the helicopter there were two gas turbine engines D-25VF located on it. The total power of the power plant of the giant helicopter was 26 thousand hp The fuel was placed in the wing and outboard tanks.

The cockpit was located in front of the fuselage and was two-story. It was followed by a huge cargo compartment, which could accommodate a large number of military equipment, from guns and cars to heavy tanks. 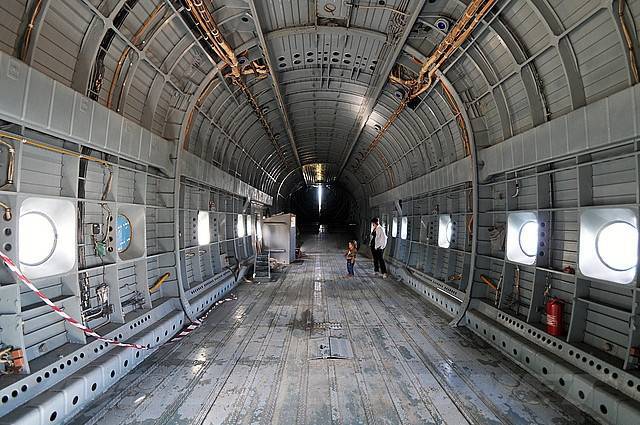 In August, the 1969 of the year, the Mi-12 set an absolute record for helicopters carrying capacity, which has not been broken so far: the car quietly took on the 44 300 kg. In total, the 12 world records were set on the Mi-7.

International recognition of the giant helicopter came in 1971, when the first experienced Mi-12 flew to France to participate in the air show at Le Bourget. American specialists were simply amazed by the superiority of the Soviet helicopter.

“Before the engineering achievement, which is the Mi-12, you can only take off your hat!” Said the son of the famous helicopter designer Sergey Sikorsky. The American delegation awarded the Mil Design Bureau “Prize I.I. Sikorsky ”, which is awarded for outstanding achievements in the helicopter industry.

Unfortunately, Mikhail Mil did not see a huge line-up lined up for his creation in Le Bourget. The great Soviet designer died a year earlier, 31 January 1970, without waiting for the triumph of his last creation. 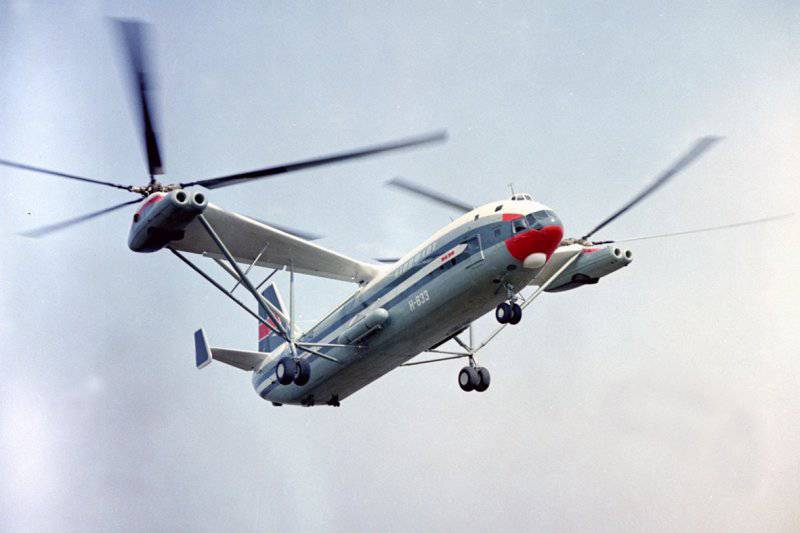 In October 1970, the state commission recommended the machine for mass production. The circumstances were such that only two copies were built. Its main customer, the Ministry of Defense, refused to use the Mi-12. The military no longer needed a helicopter of such a carrying capacity, thanks to the creation by that time of more efficient and lighter strategic missiles on mobile launchers. The Mil Design Bureau itself switched to launching a series of promising Mi-24 helicopters.

The first Mi-12 built was deposited with the Moscow Panky Helicopter Plant, in whose territory it remained permanently parked. Later in this car was placed the museum of M.L. Mile and his KB. The second helicopter was transferred to the aviation museum in Monino, where it is located now.

However, all the research obtained during the work on the Mi-12, were not in vain. Many of them were useful for future projects. The helicopter that was not put into service fulfilled another equally important mission: its creation once again showed the superiority of the design ideas of domestic engineers, their enthusiasm and striving for perfection. 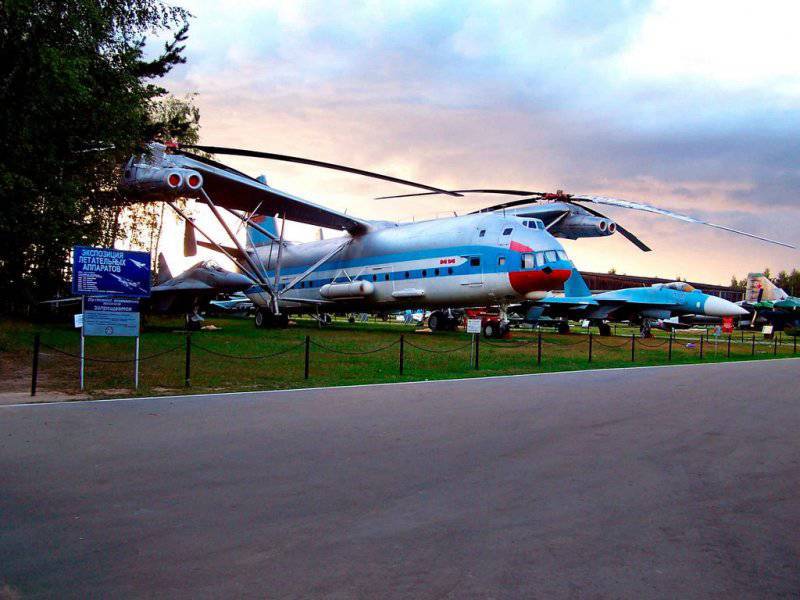