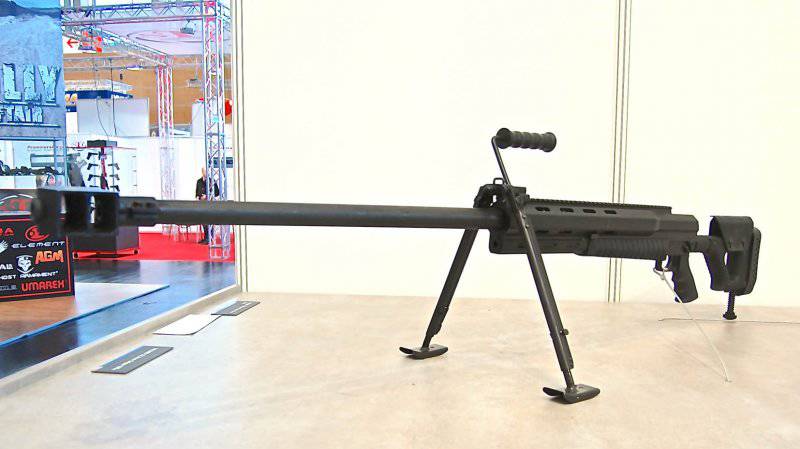 At the international exhibition IWA & OutdoorClassics 2014 in Nuremberg there was a presentation of the NCSLR5 large-caliber sniper rifle, which was developed by the state-owned company NORINCO Equipment Ltd. According to the developers, its main purpose is to combat radar, light armored vehicles and the like at distances of up to 600 meters, as well as neutralize enemy personnel at distances of up to 1000 meters and above. The company considers the NCSLR5 as an exclusively military model, but it is quite possible that the rifle will begin to be delivered outside the PRC as a sports weaponreports the site all4shooters.com.

This is the first large-caliber, or as it is also called, “anti-material” rifle, created by Chinese specialists, which uses a single-shot weapon scheme and manual reloading. It is worth recalling that all past Chinese developments either used an automatic system (QBU-10, M99, M99B / M06, LR-2A), or manually recharged with magazine power (JS05, AMR-2). The exact reason for the creation of such a rifle is unknown, but based on scanty data from the Middle Kingdom, three circumstances can be distinguished. 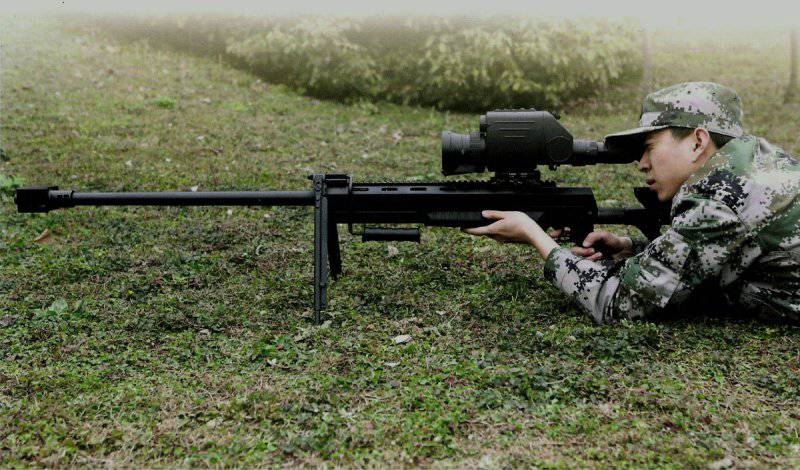 First, the former Chinese developments have poor accuracy, which is significantly inferior to most foreign competitors. By the way, this is the main drawback of the Chinese "anti-material" weapons, significantly reducing the effective range of large-caliber rifles. As you know, it is possible to achieve a reduction in technical dispersion during firing by refusing shop supply and automation, which reduces the risk of damage to the cartridge in the process of extracting and discharging, as well as changing the position of the rifle’s center of mass during firing as ammunition is consumed. In addition, it makes it possible to use ammunition with different bullets. This assumption is indirectly supported by the fact that Chinese engineers extended the barrel of the NCLSR5 rifle and increased its weight to 14 kg. This made it possible to achieve the initial velocity of the bullet in 850 m / s, increasing the flatness of its flight path.

Secondly, Chinese developers wanted to simplify the design of the rifle as much as possible in order to reduce the cost of its production. NCLSR5 was supposed to be an inexpensive, reliable and simple alternative to self-loading and magazine large-caliber rifles, for which the rate of fire is not the most important thing. This provides the NCLSR5 rifle with good potential for export to the poor countries of Latin America, the Middle East, and Africa. 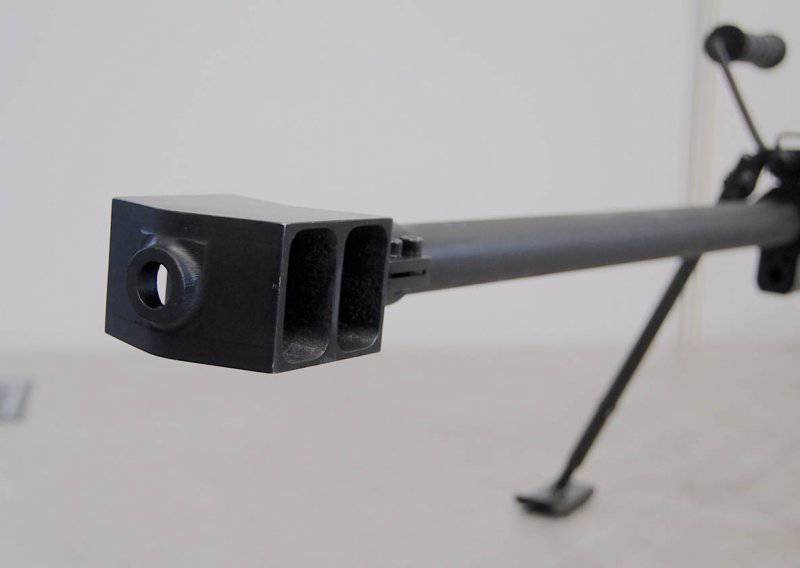 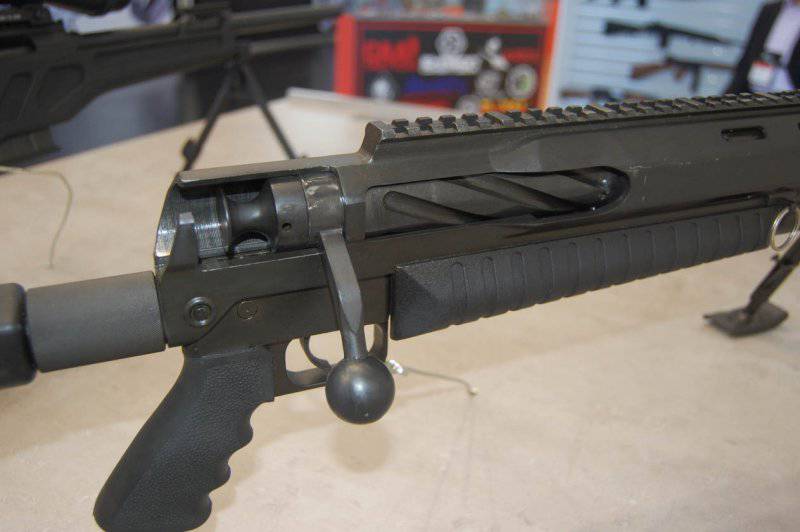 Thirdly, a single-shot rifle allows you to bypass some legal restrictions. True, this does not apply to China, where individuals cannot possess such weapons.

The length of the free-hung rifle NCLSR5 is 900 mm. It is equipped with an effective two-chamber window muzzle brake. A longitudinally sliding bolt is used, which is locked by two turning stops. On its side surface there are spiral grooves that facilitate the shutter and collect dust and dirt inside the receiver. Also, these grooves do not allow the shutter to freeze in cold weather, which can lead to difficulty when locking and unlocking. It is worth noting that although this requires a sufficiently noticeable effort, the shutter has a smooth stroke without jams and jerks. The trigger locks the safety trigger trigger, located on the left side of the receiver. It is made "under the thumb", but to reach the flag, holding his hand on the pistol grip, is quite problematic. 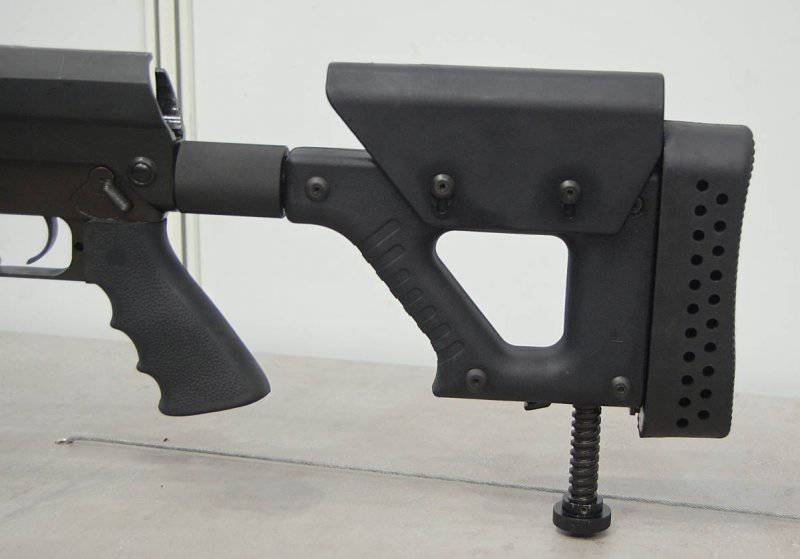 A good impression is made by the soft and smooth descent of the rifle with an energetic operation with full selection. The descent force can be adjusted within 8-20 N.

The stem box NCLSR5 is made from a single piece, which included the Picatinny rail (MIL-STD-1913). This ensures a stable mount of the optical sight, but makes the weapon somewhat heavier. In addition, during the machining of the workpiece consumes a lot of material. The rifle does not have its own devices for aiming: different types of day and night sights are used, which are installed on the Picatinny rail.

NCLSR5 is equipped with a skeleton-type butt with a powerful rubber back plate, which softens recoil. The cheek is height adjustable, and an additional screw support is provided at the bottom. Bipods are mounted on the top of the receiver, providing a stable position. Also, the designers have provided a handle for carrying. It is worth noting that the rifle is not folding.

The total length is 1520 mm, with a weight of no more than 14 kg without an optical sight. Ammunition - sniper cartridges 12.7x108 mm Chinese manufacturer. 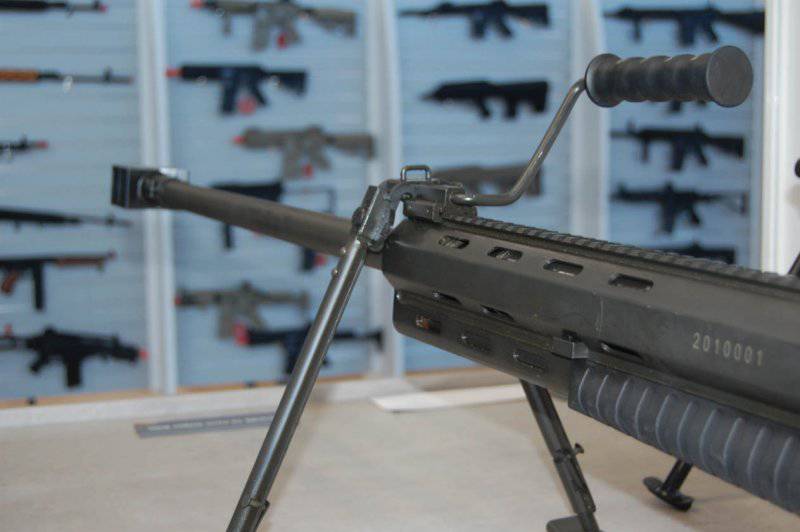 The long Picatinny rail covers the entire upper part of the receiver, allowing you to mount a variety of sights

NCLSR5 - rifle with a rather primitive design, which is designed for users with a small budget. Although her ergonomics are far from ideal, this is a completely reliable product and a workable product. The main disadvantages of NCLSR5 are their size and considerable weight.