April 13 2011
5
Americans themselves consider themselves to be a fairly peaceful nation. At the same time, since the beginning of the 20th century, the United States had already taken part in a dozen wars, without taking into account countless military interventions. Sometimes it seems that not a year goes by, like here and there (especially when it “has” large reserves of oil), an American soldier appears and starts “sowing sensible, kind, eternal”, implanting his own vision of democracy and protect civil liberties.

The last American president, who openly spoke in support of the war, was Theodore Roosevelt, he said: "A justified war in the future can bring much more benefit to the human soul than even the most prosperous world." All the presidents after him depicted the mask of grief on their faces, explaining their desire to bomb someone with the fact that there is simply no other way to solve the problem. Barack Obama was no exception, as he was promoted to the presidency and promised to end the military operation in Iraq, but eventually moved to Libya, saving the country from the dictator Gaddafi.

This behavior of the country in the international arena interested Professor of International Relations Stephen Walt from Harvard University, who wondered why in his country the groundhog day is repeated year after year, and more and more new presidents wage wars, acting like a curve. As a result, Stephen Walt came to the following conclusions, naming 5 the reasons why the United States is constantly involved in the war. 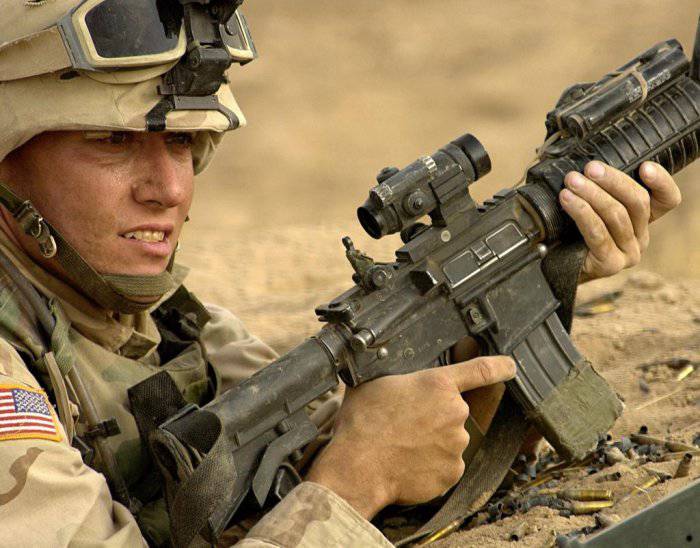 1. Because in the state

The most obvious reason is the country's strong military complex. This is especially noticeable against the backdrop of Libya. When you have hundreds of fighters, cruise missiles, ships at your disposal, the whole world seems to you only a set of targets. That is why, as soon as some controversial problem arises in the world, it is difficult to resist the temptation to do something. Like his predecessors, Barack Obama justified military intervention in the affairs of Libya by the special position of the United States in the world. This is expressed in American values, commitment to freedom and the like. However, today the distinctive feature of the states is not at all values, but the concentration of the country's military power in the hands of the president, while easing restrictions on its use.

2. The USA has no serious enemy

As the cold war ended, America found itself in an incredibly safe position. In the western hemisphere, there are simply no more than other great powers, and there are still no such countries in the whole world (China is breathing in the back, but has not yet become such). Any country that decides to attack the US will simply be destroyed, of course, there is still the problem of terrorism, but it is likely to be greatly exaggerated.

The irony is that due to the absence of serious threats to the country from the outside, the United States received a luxurious opportunity to search for "monsters" abroad. If the Americans were faced with the real need to defend their country, their native land from a strong aggressor, they would not spend extra money and time on such entertainment projects as the military operation in Libya. A particularly advantageous geopolitical position unleashes America’s hands and makes it possible to conduct such operations even in the absence of strategic sense in them.

Service in the US Army is the lot of mercenaries, so it is easier to restrain opponents of military operations. Would Obama or Bush continue the wars in Afghanistan and Iraq if the majority of young Americans were obliged to serve in the army? Or if among the recruits were the children of bankers from Walt Street? Hardly.

In US foreign policy, either neoconservatives dominate, who openly talk about the need to export "freedoms" around the world and have never met a war that they would not like, or "liberal interventionists." The latter are no less enthusiastic about the use of the army to solve certain problems. True, provided that they can concoct a sufficiently good cover for the use of force.

Liberal interventionists sometimes admit that America is unable to solve all problems, but at the same time they are confident that the United States is an “indispensable” nation and want to be involved in solving as many problems as it is possible to solve at the moment.

People who determine the military policy of the state, with their teeth and elbows, made their way into this circle of the elect. They certainly will not refrain or suggest that America, and the rest of the world, would be better if the country intervenes less in the affairs of other states. In the end, why hold a high position in the country's leadership, if it is not possible to apply power to its fullest, having the opportunity to reshape the world, guided by its own taste. 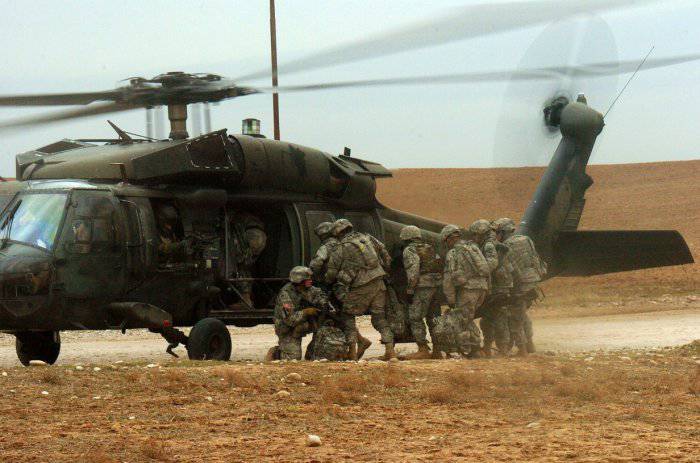 Compared to ordinary citizens, this is a highly educated, wealthy, privileged group of people. Most of them are fully protected from the possible consequences of their policies. Proponents of all sorts of interventions are unlikely to suffer tangible financial losses or jeopardize their entire career if any war overseas develops for the United States unsuccessfully.

Since the mid-sixties of the 20th century, American conservatism has launched a fairly successful and unrelenting campaign, which convinces the simple voter that it is foolish and impractical to pay taxes to solve any domestic problems. The highest manifestation of patriotism is the deduction of taxes for the needs of the country's armed forces, which cost more than everyone else in the world combined, and are not used to protect the country's territory, but to take part in wars, mainly on behalf of other countries. In general, the Americans were convinced that spending taxes on their own citizens (medicine, schools) is bad, and supporting the army and waging overseas wars is good. Simple Americans bought it.

Today, a president can start a full-scale war, not a Congress. And this trend has emerged since the Second World War, the president methodically usurped these powers. Although, according to the constitution of a state, only Congress has the right to declare war, the presidents obviously do not feel any restrictions in this and easily send troops to attack other countries. Sometimes they do not even bother to provide the Congress with complete information on current events.

Thus, the country's military power is fully concentrated in the hands of the president and a small group of his advisers. At the same time, public opinion in the “most democratic” country of the world has not been collected for a long time.
Ctrl Enter
Noticed oshЫbku Highlight text and press. Ctrl + Enter
Military Reviewin Yandex News
Military Reviewin Yandex Zen
5 comments
Ad