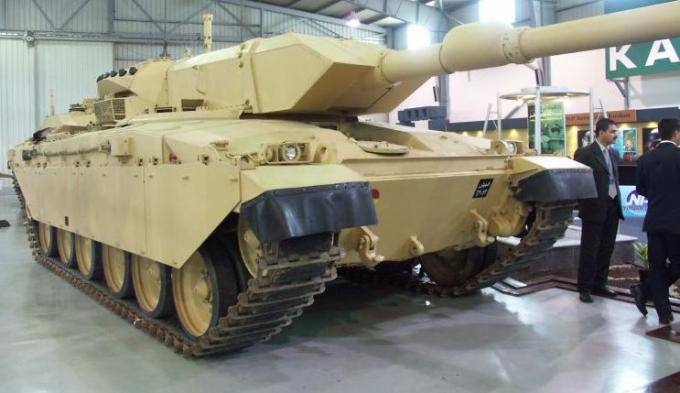 While the leading tank-building powers are thinking and wondering if they need or do not need a fourth-generation tank, this question can be taken off the ground by a small and not tank-building country - Jordan. A tank with an uninhabited combat module instead of a tower has already been built and is being tested in this country. It is these modules that are the main feature tanks fourth generation.

It is not strange, despite the revolutionary this news, it is discussed rather sluggishly. This is due to the fact that there is practically no information on this machine. Apparently, it is classified. It is only known that this is a joint development of Jordanians and South Africans.

This combat module has so far been developed for the bases of the British tanks Chieftain and Challenger. In general, this is not surprising. Since both South Africa and Jordan in the past were focused on the purchase of British tanks.

The concept of a tower with a small front area has attracted the attention of tank designers for many years. It provides a significant reduction in the size of the target, which tanks represent for weapons the enemy, and, consequently, the probability of hitting, especially when they occupy defensive positions - “tank in a trench” behind the crests of hills or other terrain objects. Moreover, it forces all crew members to be placed in the hull, where, being lower in the tank, they will be safer.

The advantages of the towers with a small area of ​​the front are divided with the advantages of a remote installation of the gun on the carriage. They should not be confused with the latter, which they excel in other ways, including a lower silhouette, a better ballistic form and a smaller reflective surface. 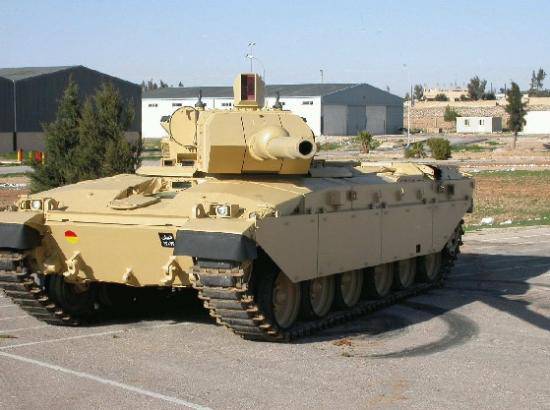 The name of the tank I could not find. But the combat module on it has a name - “Falcon” (Falcon). Perhaps the same name will receive the tank itself. The development of this combat module was supported personally by the King of Jordan Abdula II.

Major work was carried out by the King Abdullah II Design and Development Bureau (KADDB) in Jordan in collaboration with a number of South African and other firms. The KADDB Bureau was established in August 1999 to provide the Jordanian Armed Forces with scientific and technical services and, in the long term, to carry out R & D, which will help organize the industry in Jordan. The main collaborator in the design of the Falcon tower was the Bureau of Mechanology Design Bureau (MDB), based in Pretoria, whose knowledge and experience were gained in the creation of South African armored vehicles. The MDB was responsible, among other things, for the structural and mechanical design of the tower. His participation, together with the participation of other South African firms, is currently part of the Project Merlin program (Jordan and South Africa’s military industry cooperation). However, the main role in the development of the Falcon tower was played by Swiss and British firms. One of the main goals in the development of the Falcon tower was to increase the firepower of the tank army fleet of Jordan, which has four main types of tanks. The oldest of these is the Tariq tank, a significantly upgraded British-made Centurion tank, armed with an 105-mm L7 rifled gun. The second is the US M60X3 tank, armed with the US105 US 68-mm gun, a variant of the British L7 gun. The third type is the Khalid tank, a modification of the British “Chieftain” tank with a more powerful propulsion unit, armed, like the Chieftain tank, with an 120-mm L11 rifled gun. The fourth and most modern type is the Al Hussein tank, a former British ground forces Challenger-1 tank, similar to the Khalid tank, with the exception of the additional special Chobham armor and hydropneumatic suspension. 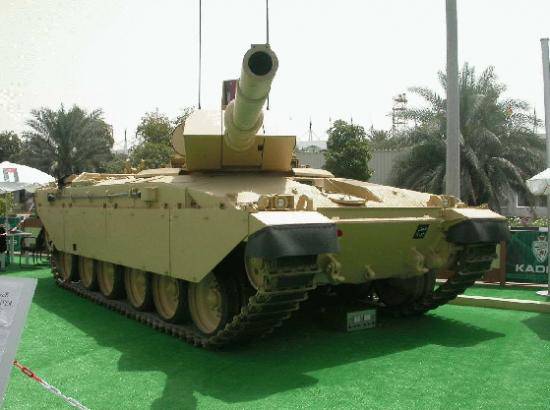 The Falcon combat module is equipped with an 120-mm smoothbore gun (CTG) capable of firing the same ammunition used by modern Western tanks, including M1 tanks in the Egyptian, Kuwaiti and Saudi troops and Leclerc tanks used by the United Arab Emirates.

This gun was developed in Switzerland by the company RUAG Land Systems. And in the opinion of many, it is this gun that is the most promising among other guns of 120 mm caliber. In particular, the CTG gun uses steel of significantly higher strength than its competitors. 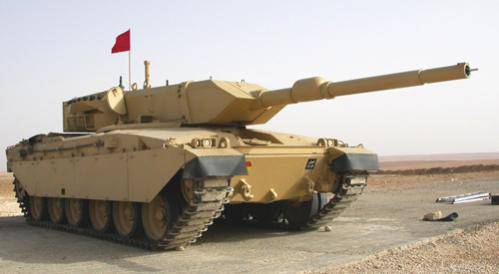 As a result of the improved design, the mass and dimensions of the 120-mm CTG cannon have become not much more than the mass and dimensions of the 105-mm L7 cannons and are much smaller than those of the Rheinmetall company. Thanks to this, the CTG cannon fully satisfies all the requirements for replacing 120-mm cannons on old tanks. In the first place, it is going to be used in the modernization of the Pz105 Swiss tanks, as well it is planned to be installed on the M68 and M68A60 American tanks. 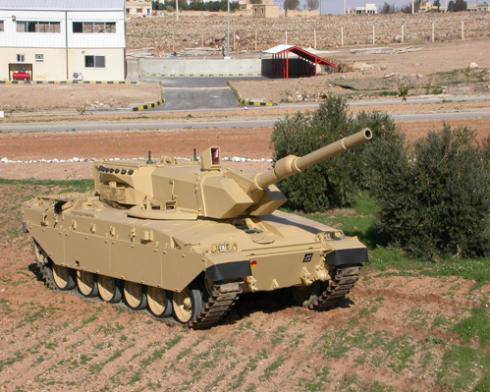 But back to our tank. His crew has a 2 man. Judging by triplexes, aiming and observation devices, the commander with the gunner is on the right - left of the gun in the hull. Those. the crew is, in fact, under the tower. The loading mechanism is located in the aft niche of the tower. In my opinion, this is a very good solution for the survival of the crew in case of detonation of ammunition. The ammunition should detonate over the crew members, thus leaving them intact (of course, as far as possible with such a powerful explosion). 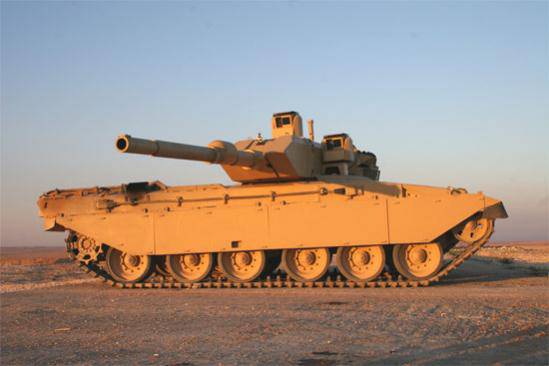 Actually, that's all that is known for this car. Since the machine is experienced, it will surely be its further refinement. At least, for the emergence of anti-aircraft machine gun or some other anti-aircraft systems, I do not see any obstacles. 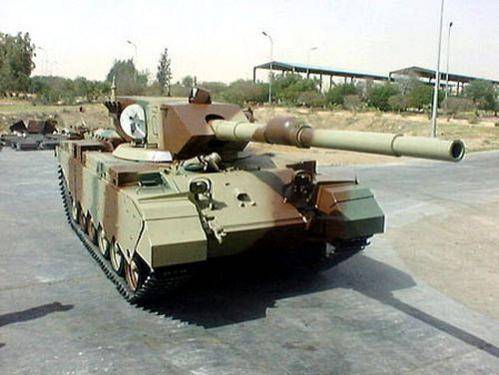 By the way, in the last photo, in my opinion, is the tank depicted in South African camouflage? And this is the only photo of the combat module Falcon based on Chiefen. On all other photos it is installed on the Challenger.