The Textron turrets are armed with an 40-mm automatic grenade launcher and an 12,7-mm machine gun M2 HB

The Colombian army intends to modernize a certain number of its M1117 armored personnel carriers and install new towers on them under a contract that controls the armored control of the American army.

Colombia operates a fleet of 39 BNX MXNX vehicles, which are mainly involved in the fight against the revolutionary rebels. 1117 remote-controlled towers from Textron Marine and Land Systems (the same towers are on American Army vehicles), armed with an 12 mm automatic grenade launcher and 40-mm machine gun. The Colombian army ordered additional vehicles for a separate program of arms sales to foreign countries.

Fire control and tower guidance has optical-electronic / infrared systems and a laser range finder. A ballistic computer can also be installed. On the tower, you can install mounted armor to increase survivability.

The M1117 BTR itself, like the tower, is also manufactured by Textron Marine and Land Systems. The option, in service with the Colombian army, is a four-wheel version of Commando Advanced.

The contract worth 5,5 million dollars also provides for maintenance, repair of machines and spare parts. 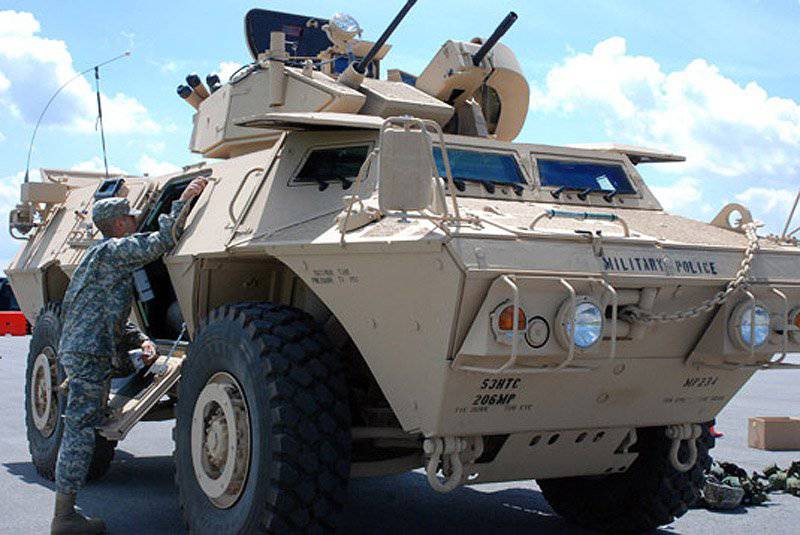 BTR Commando Advanced with a new turret from the company Textron


Description of the Commando family of machines with my subtitles