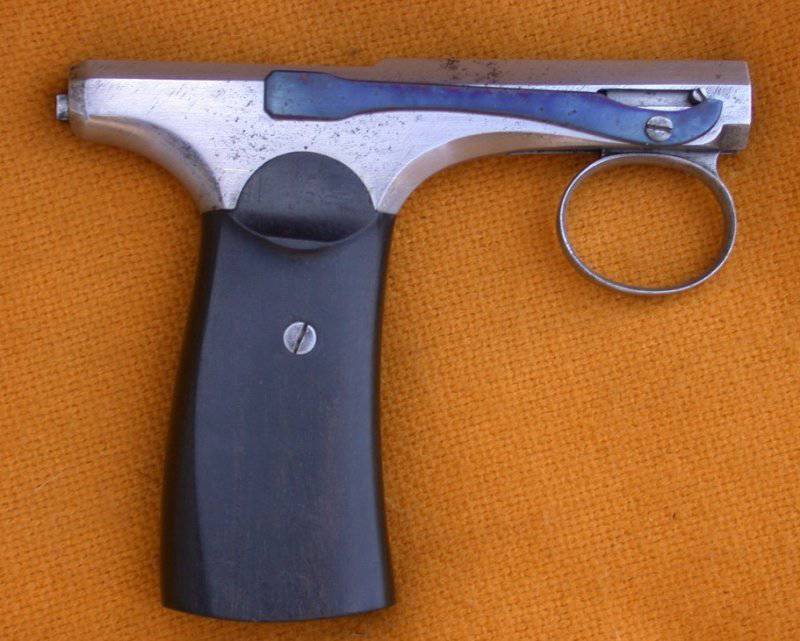 The right to self-defense in the 19 century caused a boom in the pocket short-barreled market. weapons. Demand from buyers has led to the emergence of new, sometimes unusual designs.

One of such copies is a pistol made by Brun Latrige. Brun Latrige pocket pistol is suitable only for self-defense purposes, and yet thanks to the original design, its creator wrote the page in the book. stories small arms.

The designer specially created for this pistol a cartridge of the caliber 6 mm Brun, which allows you to develop the speed of a bullet up to 150 meters per second and give it energy a little more than 20 J. 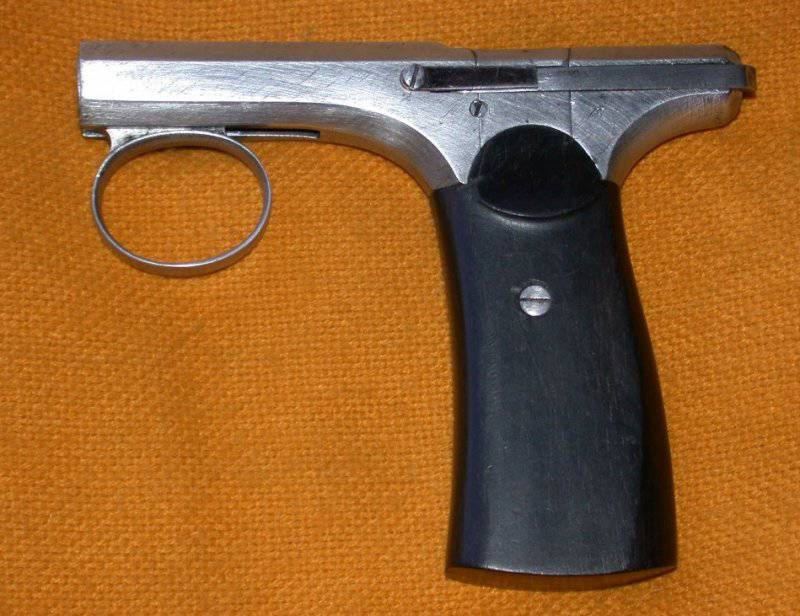 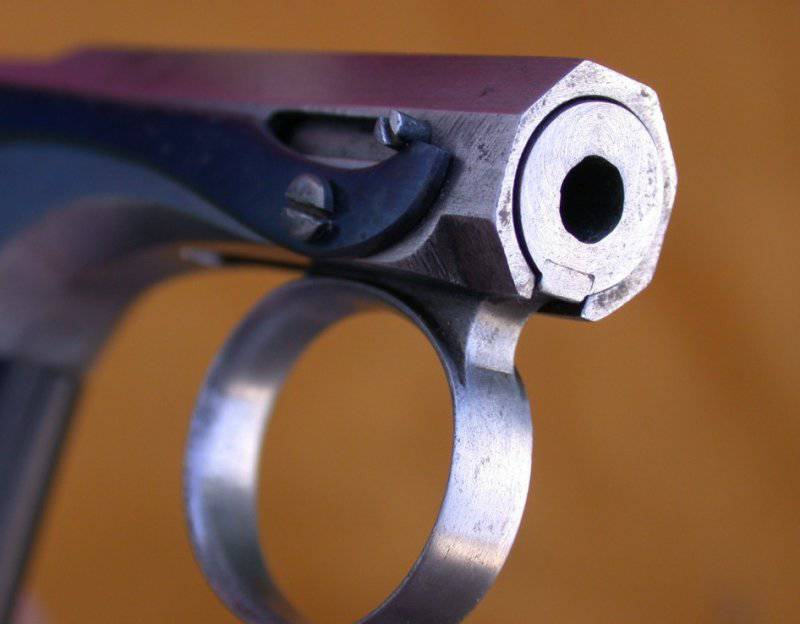 The gun refers to the non-automatic pistols- "expanders". 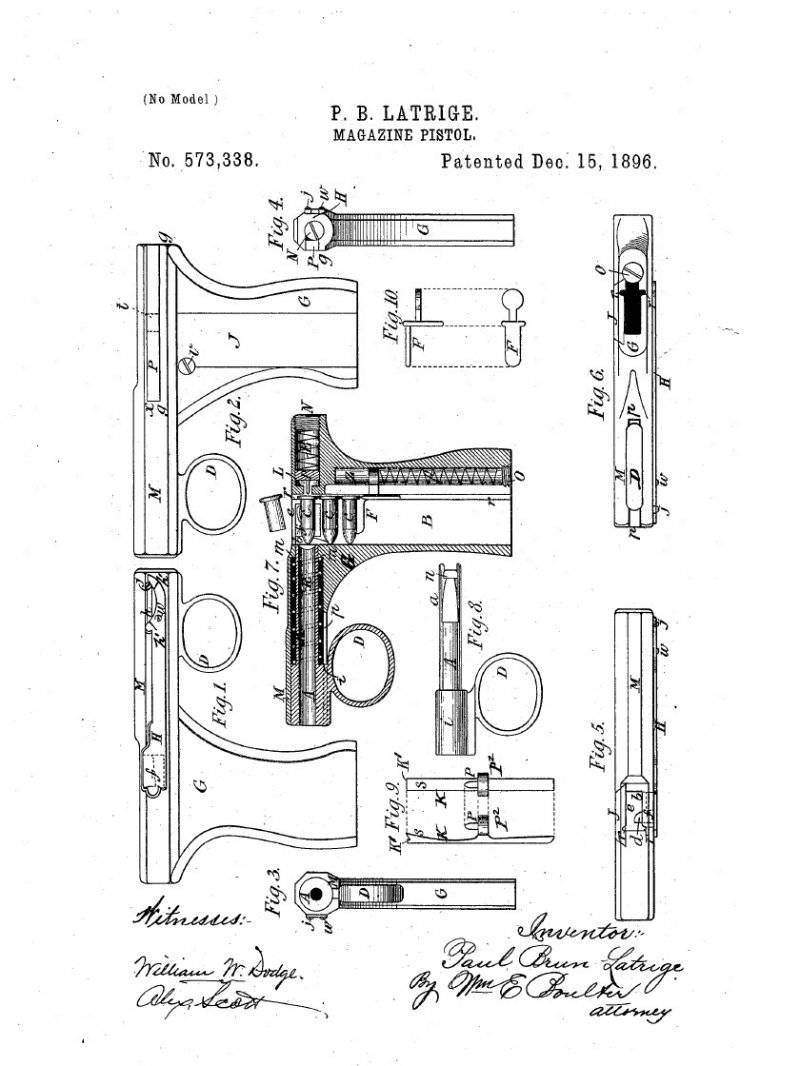 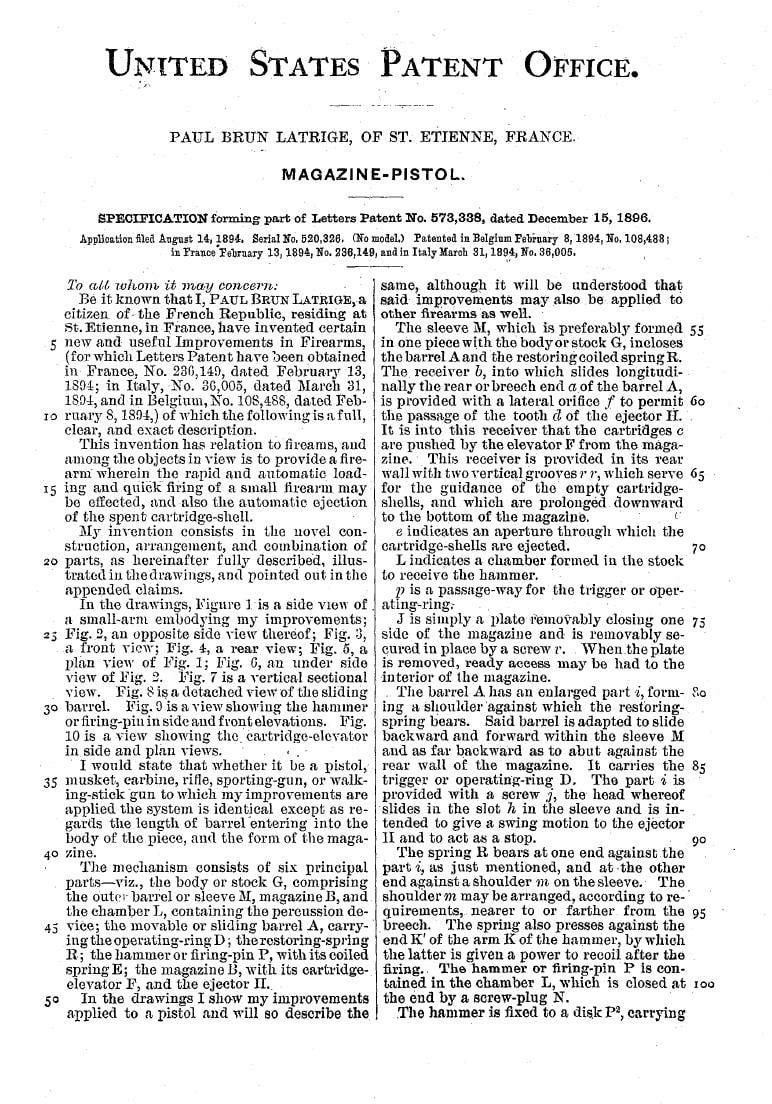 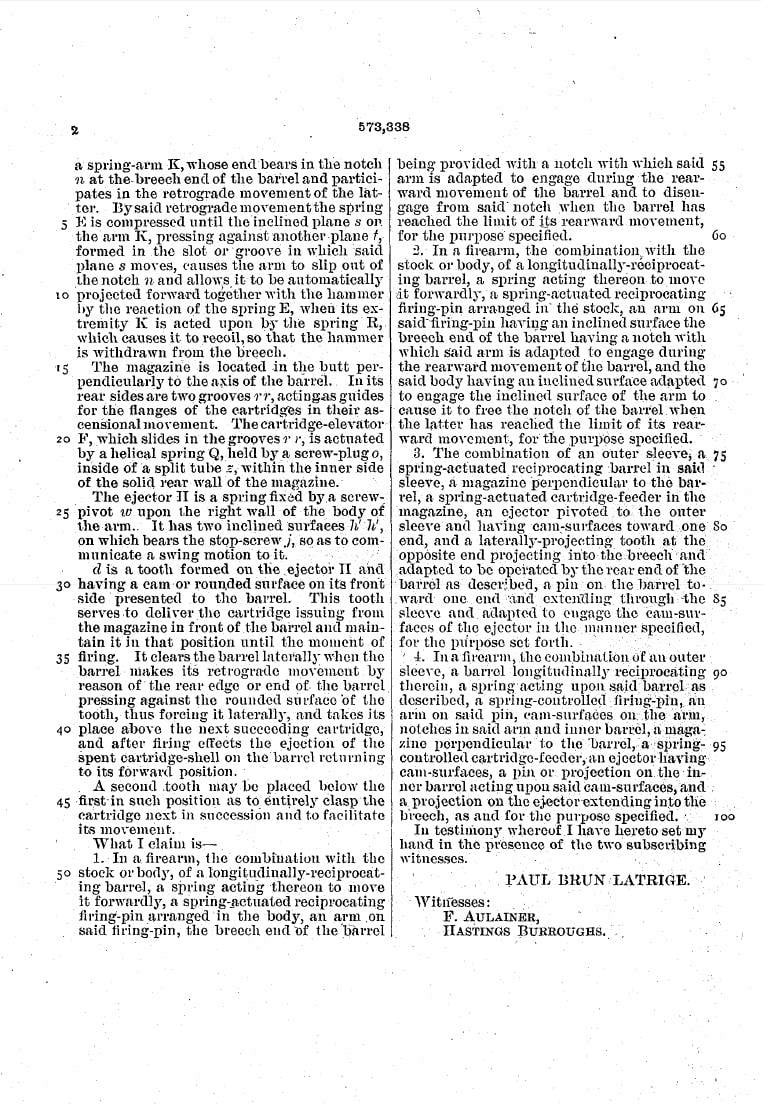 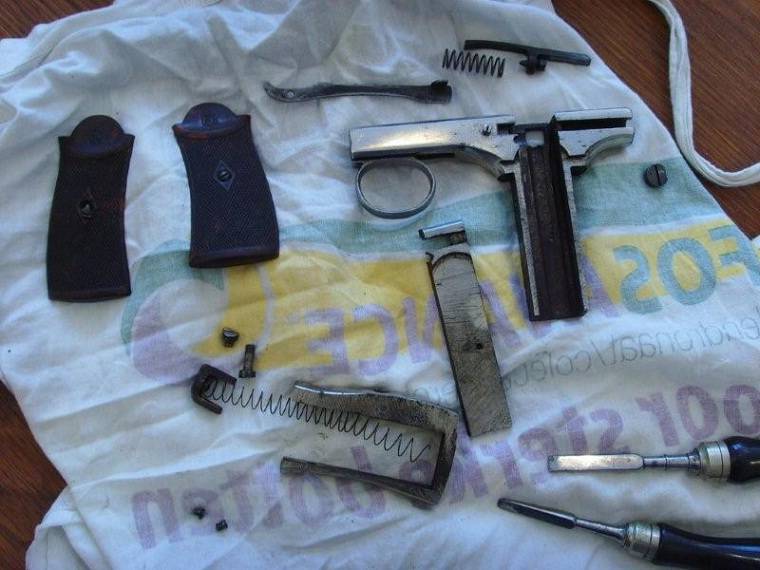 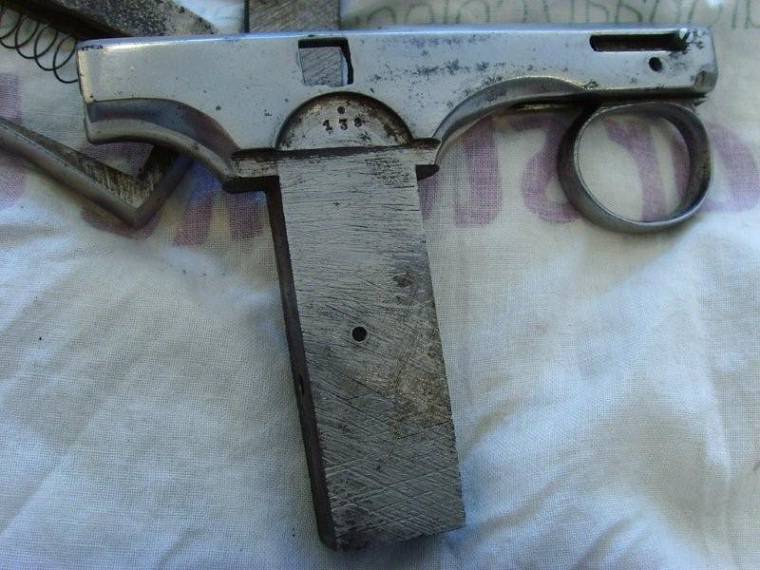 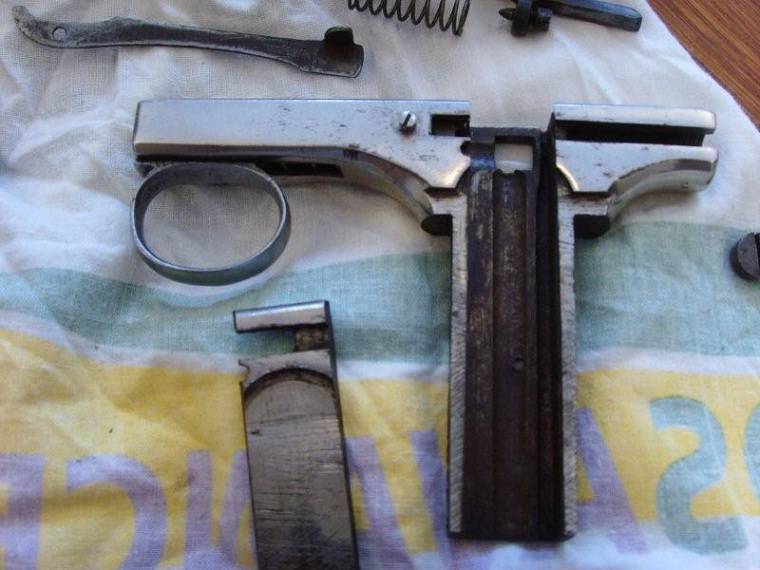 The gun consists of the following main parts: L-shaped frame with a barrel guide and a removable handle, a barrel with a trigger ring and a return spring, a magazine with a feeder and a spring of the feeder, a drummer with a combat spring and a screw cap, and levers located on the side surface of the gun frame , cheek handles. 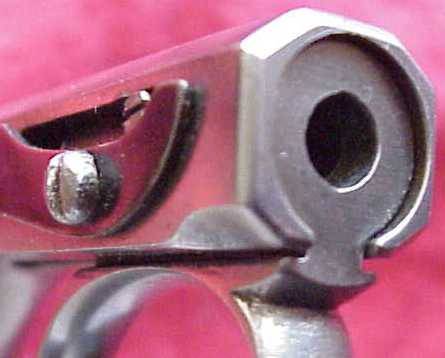 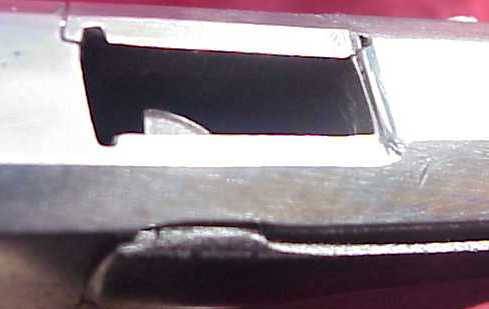 The magazine of the gun is not removable, the equipment of the shop is carried out through the window at the top of the frame of the gun. For the production of a shot, it was necessary to clasp the pistol grip with one hand, press the trigger ring, moving it along with the barrel towards the handle. At the same time the barrel, moving with the help of levers, squeezes the mainspring, retracting the drummer to the firing position, as well as sending the cartridge into the chamber of the magazine. When the barrel reaches the rear end position, the cartridge will be completely placed in the chamber and locked with the back of the frame of the pistol, the striker is disrupted from a combat platoon. Drummer breaks the cap - there is a shot. After the impact on the trigger ring stops, the barrel returns to its original position under the action of the return spring, and the ejector tooth pulls the sleeve beyond the rim from the chamber, then under the action of the spring of the feeder it is removed from the gun frame.

The gun was produced by the company Manufacture d'Armes de Saint-Etienne. The gun has overall dimensions 91,5 × 25,5 × 125 mm, weight of weapons 324 gram, magazine capacity 10 of cartridges, barrel length 55,5 mm, barrel bore smooth without rifling. To achieve greater accuracy, the barrel bore is conical: 6,4 mm from the side of the chamber and 5,9 mm from the side of the muzzle. 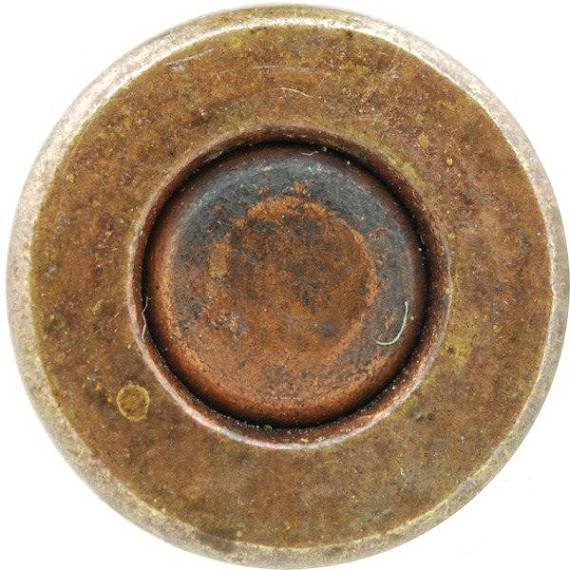 The cartridge used in the 6mm Brun central combat pistol has a cylindrical sleeve with a fringe and a lead-free shellless conical bullet.

The design of the gun provides sufficient safety when handling and does not require additional safety devices. However, the gun has a number of significant drawbacks, because of which the gun did not become popular. Bad ergonomics: the gun on the one hand is small for the shooter with a big hand, and for the shooter with a small and weak brush the force is too great to be applied on the trigger (about 7300 grams). The lack of a removable store is not conducive to ease of loading. Smooth and short barrel, as well as a weak cartridge leads to weak power and a small target range of the weapon. For a small and weak cartridge, the overall dimensions of the weapon seem not so small. 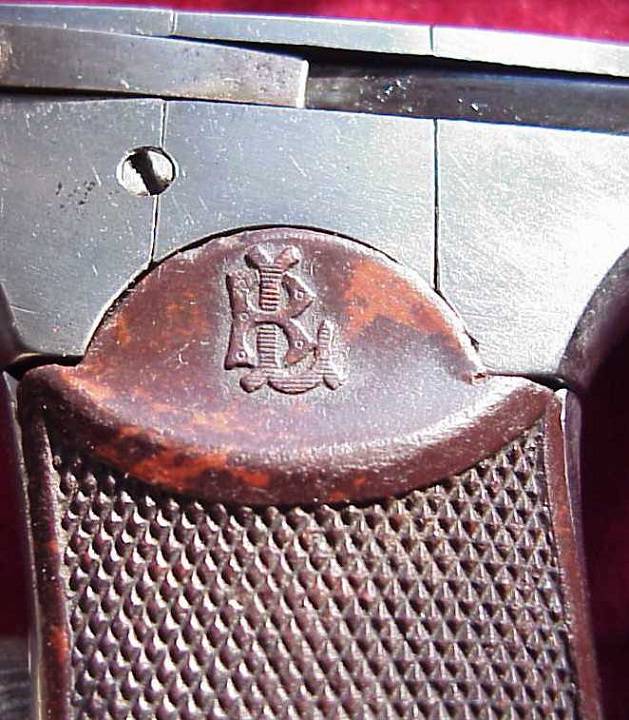 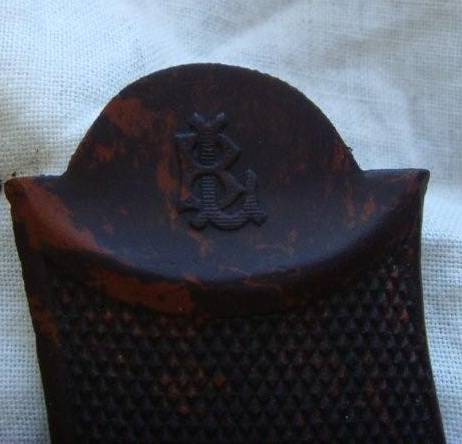 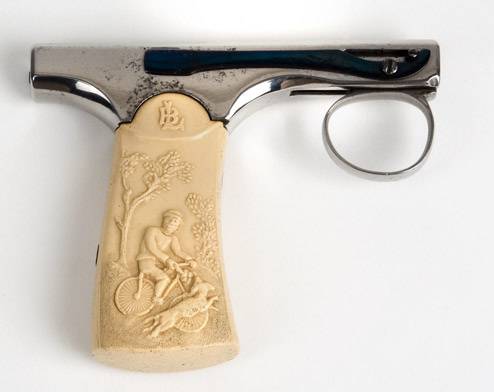 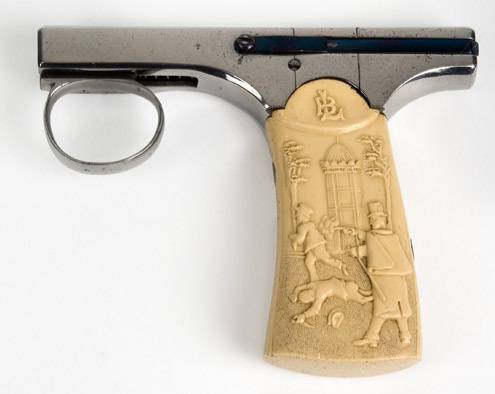 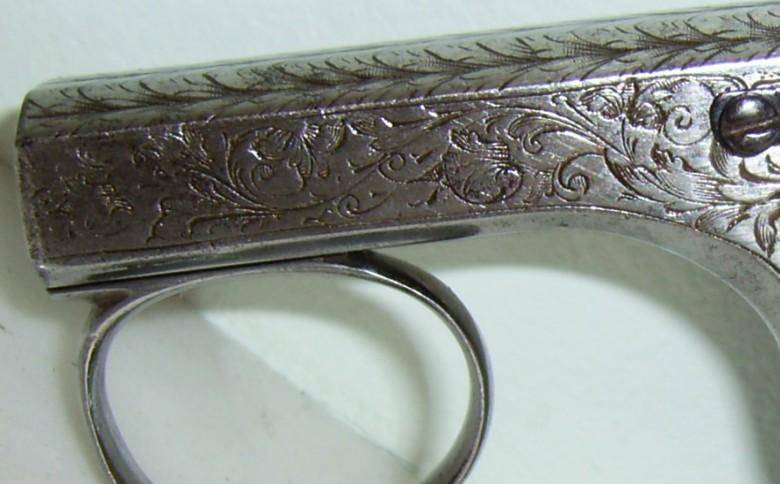 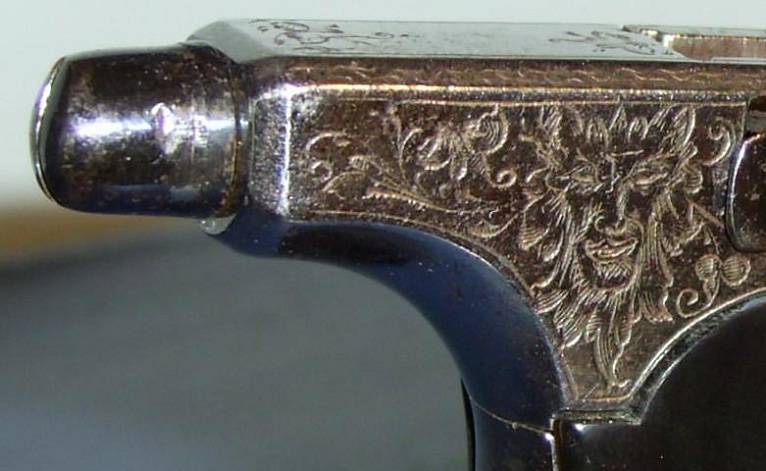 A number of pistols were released with chrome or engraved frame surfaces, the cheeks of the handle were made of ivory and were covered with colorful engravings.

With all its flaws, the gun Brun Latrige left a trace in the gun history and showed that guns can be designed not only based on traditional and classical designs. It is such rare instances of weapons today are in great demand among collectors. Prices for most of the well-preserved Brun Latrige pistols today reach tens of thousands of dollars.