The US Army is waiting for a large-scale reduction

February 28 2014
10
On Monday, February 24, US Secretary of Defense Chuck Hagel officially announced the Pentagon’s plans to reduce ground forces, as well as the Marine Corps (ILC), and he announced the Pentagon’s new budget. In 2014, funding for the US military will be reduced by 30 billion dollars. If the Pentagon does not get involved in another military adventure, which today disagrees with the declared US policy, then the number of ground forces will be reduced to 2017-440 thousand by 450 in the year, and thousands of KMP will.


Such changes are related to the fact that in the near future the Pentagon hopes to seriously reconsider its work in terms of solving the most important problems. This is also connected with the shift of emphasis of Washington’s military-political strategy towards the Asia-Pacific region, and at the same time, the priority of conducting ground operations decreases. Recall that earlier the Pentagon had already voiced the possibility of reducing ground forces, but then their composition was planned to be reduced to 490 thousands of people.

Pentagon forcing the belt tightens the economic and political situation in the United States. Many people call the decision made by the US military, incredible. In fact, land forces should be reduced immediately by 15% of their strength. Currently, 520 thousands of people are serving in the US Army. Thus, already by 2017, the number of the ground component of the American armed forces will be the smallest, starting with 1940, when the number of ground forces was 268 thousand people. At the same time, the American ground forces reached their maximum number of 566 thousands of people (after the Vietnam War) in the middle of the year, largely due to campaigning in Afghanistan and Iraq. 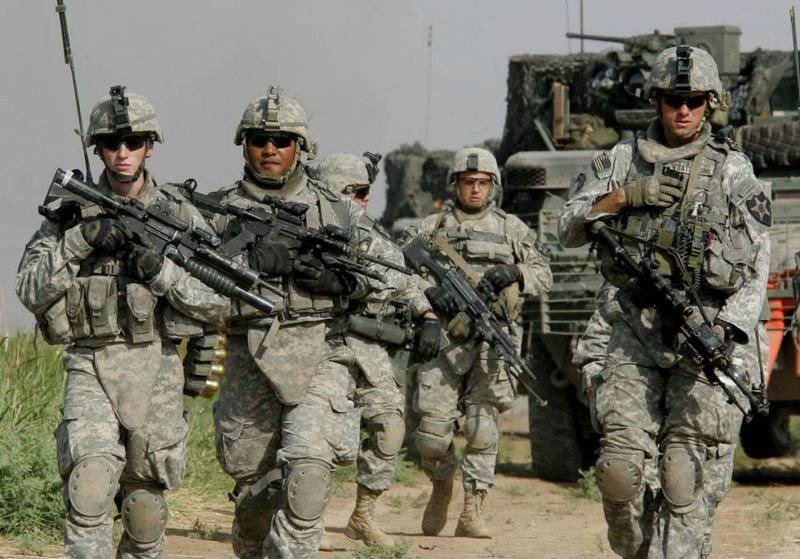 Such a large-scale process of reducing ground forces is likely to require the reorganization of their structure. Experts suggest that instead of the currently existing 45 brigades, only 33 will remain in the squad. Here's what Chuck Hagel told reporters: “The key decisions now made will help the Pentagon adapt to new financial realities, and also help preserve the country's defense capability in an era of change and instability. Since we are finishing our military campaign on the territory of Afghanistan, the new defense budget will be the first to fully reflect all the changes made by the US Department of Defense after the 13 years of warfare. ”

The abbreviations indicated caused a whole wave of publications in the American press. Journalists nearly sprinkle ashes on their heads. However, in fact, even after all the cuts, the United States will have one of the largest and most capable armies on the planet. Therefore, all the cries that America is unarmed and defenseless can be left on the conscience of the American media. In addition, it is worth noting that plans to reduce the number of ground forces were first announced not this week, but last year. So the reduction of the army did not come as a surprise.

Moreover, even after the reform, the US ground forces will still be able to simultaneously conduct two large-scale military campaigns in the world, and the reform itself will in no way affect the American military allowances. It is worth noting that over the past 10 years, the costs of paying salaries and various benefits to the American military have grown by more than 50%. Such growth rates of wages in the civilian private sector have never dreamed of. As US Army Chief of Staff Ray Odierno noted, the ground army of 450 thousand people is the smallest army that can be managed without seriously reducing its ability to respond to crises that may arise in different parts of the world. Paraphrasing, it can be noted that "the American aircraft carrier is on the siding," and, if necessary, the American forces will be able to bring democracy (in the American sense of it) on their bayonets to any threshold. 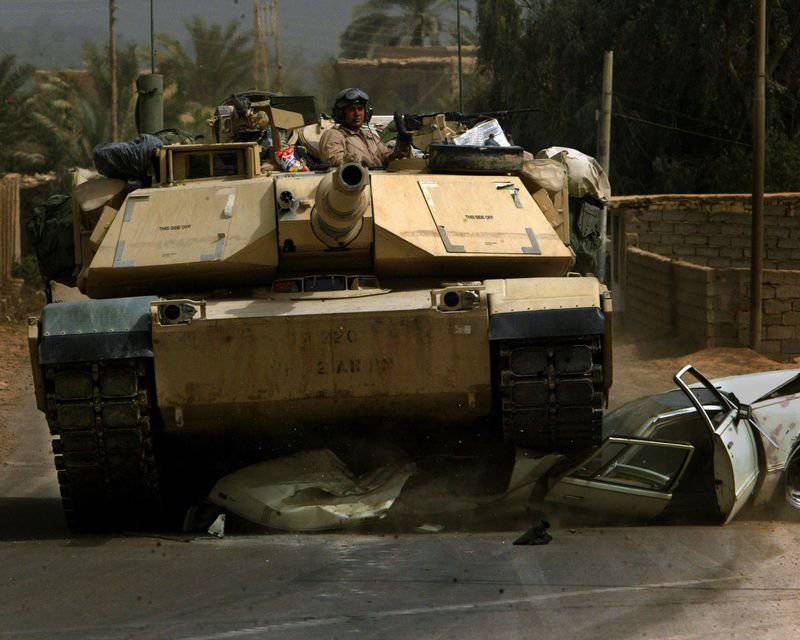 In addition to reducing ground forces, the Pentagon is going to abandon a number of weapons, in particular, we are talking about the currently used jet aircraft. So, the military announced plans to completely abandon the well-known attack aircraft A-10 Thunderbolt II, it is planned to completely withdraw from service. At one time, this aircraft was created to counter the Soviet tanks at the European theater of operations in the event of an attack by the USSR on the countries of Western Europe. Fortunately, this aircraft did not collide with the tanks of the USSR, but managed to prove its effectiveness and survivability during Operation Desert Storm in 1991.

Another pensioner the Pentagon is ready to resign is the famous Lockheed U-2 high-altitude reconnaissance aircraft. This spy plane is a true old-timer of the American military aviation, it has been actively operated since 1957. On May 1, 1960, this aircraft, which was flown by pilot Francis Gary Powers, was shot down in the sky under Sverdlovsk Soviet anti-aircraft missile. This event will forever remain a significant page in stories domestic air defense system.

If someone thinks that by abandoning these reconnaissance planes, the Pentagon will become poorer in terms of intelligence capabilities, then he is seriously mistaken. The old U-2 will be replaced by modern reconnaissance drones Global Hawk and other systems that are still under development. Their main difference and trump card is precisely the absence of the pilot, which allows him to stay in the air longer and not to depend on the physical needs and capabilities of the pilot. 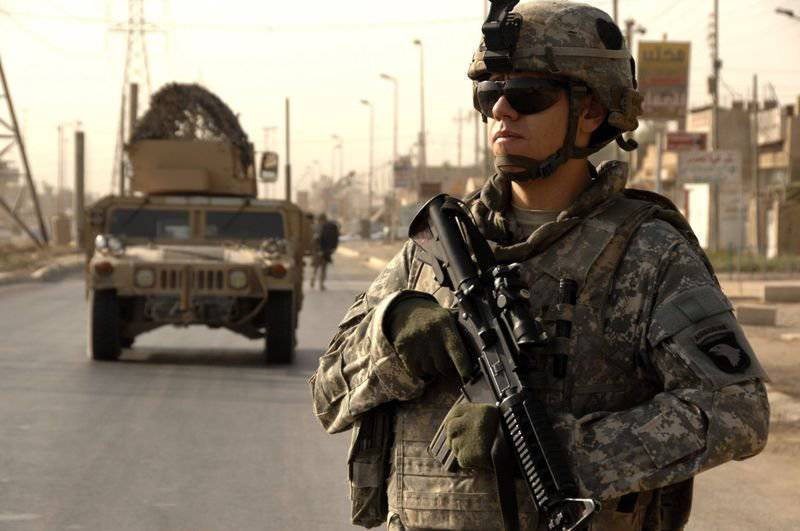 As the US Secretary of Defense specified, all current initiatives are primarily related to the need to save budget funds. In the past few years, due to the ongoing disputes between Republicans and Democrats about the budget expenditures for the financing of the Pentagon, defense spending has decreased by more than 50 billion dollars. At the same time, Washington is now emerging from all the military campaigns in which he participated. On the other hand, as independent experts note, the United States today simply does not need such a large land army with a very large number of allies around the world and the absence of any serious military threats to national security.

In this case, Chuck Hagel in store and a kind of "gingerbread". According to the American minister, the savings saved on ground forces will be used to improve the army: the acquisition of new missile systems, submarines, destroyers and modern F-35 fighters. So, the company Lockheed Martin expects to receive funding for the construction and supply of 34 Air Force new F-35 Lightning II fighter (single strike fighter). This is on the 5 fighter more than this year.

At the same time, the F-35 is a problem plane, on which the Pentagon spent almost 2011 billions of dollars only by the year of 60. In general, the program for its creation raises big questions from US experts, primarily because of the quality of the fighter, which is formally attributed to 5-generation machines. The plane is surrounded by a large number of technical problems and malfunctions (in fairness it should be noted that this is characteristic of all fundamentally new cars). In this case, the main problem is its cost. Due to the high cost, several NATO member countries have already refused to buy it, and government procurement in the interests of the US Air Force is also going to squeak. 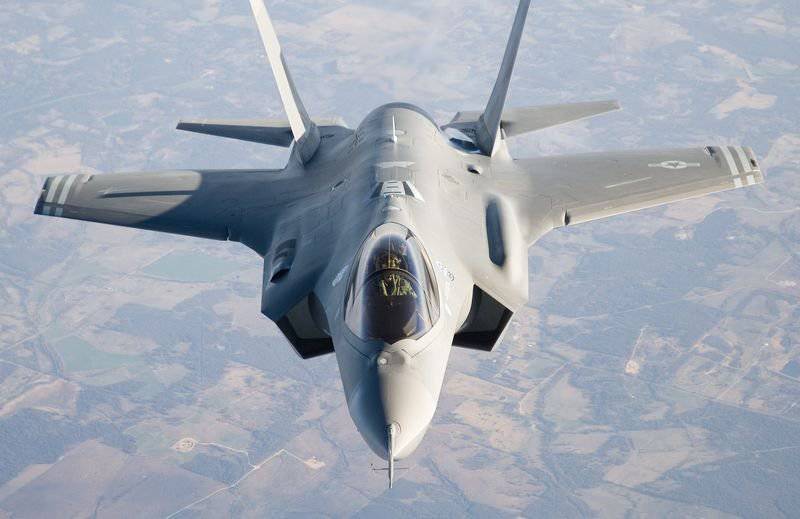 Some of the funds released from the reduction of the land component will be directed to the renewal of contracts for the supply of reconnaissance and drone drone MQ-9 Reaper (“Reaper”), which the US is actively using in Afghanistan, Pakistan and some other countries. At the same time, the use of these shock drone is accompanied by criticism of human rights organizations around the world. The United States accuses that the use of these unmanned aerial vehicles is accompanied by significant civilian casualties. Also, part of the money will go to the purchase of modern destroyers DDG-51 and SSN-774 attack submarines, which will be useful to Washington in the Asia-Pacific region as part of the implementation of the "Asian Turn" strategy.