How is the Russian industry?

February 21 2014
49
From expert agencies received data on the growth of the Russian industry on the basis of 2013 year. As it turned out, the growth really was, however, its values ​​are minimal since the 2010 year. The increment was fixed at 0,2-0,3%. For comparison, it is worthwhile to present the values ​​of the growth of the Russian industrial sector in other years: 2010 year - growth around 8%, 2011 year - 4,7%, 2012 year - 2,55%. If there are no major structural changes in the industrial sector, then in 2014, Russia's industrial growth may be replaced by a recession, and this, for obvious reasons, will have a negative impact on the entire Russian economy, which, by and large, is far away at this stage not in the best condition. 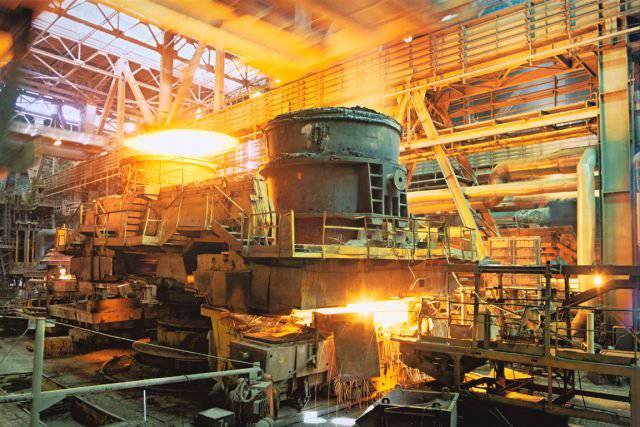 The decline in growth is due to several reasons. One of these reasons is the decline in the total number of manufacturing enterprises and the employees involved in them. Over the past 10 years (since 2003 of the year), the number of industry subjects has decreased by 4600 units. In percentage terms, this reduction does not look terrifying (about 1,2%), but first of all it is a reduction, and the trend looks, to put it mildly, bleak.

The management of a number of industrial enterprises, which remained afloat after the 2008-2010 crisis, was forced to “optimize” the staff. Replacing the new-minded term “optimization” with what it really means, we obtain a banal reduction in workplaces and, accordingly, a reduction in employees of enterprises. For example: where 7-8 worked 2000 people years ago, today there are no more than one and a half thousand workers. At the same time, the opening up of new production in terms of the number of people employed in the industrial segment of the state, unfortunately, are not yet able to compensate for the "optimization" losses. This led to the fact that not only the rate of industrial growth, but also such an important economic indicator as the contribution of industry to gross value added decreased. In other words, the industry began to give a lower economic return than it was just a few years ago. While in 2005-2006, such a contribution was more than 32%, in 2013 it fell below 30%. This is despite the fact that over the years 10 industrial production in the Russian Federation has grown by about 47%. It says that the quantity of goods produced does not always translate into quality, which means that they are far from always in steady demand among the population.

Experts from the FBK Institute for Strategic Analysis (“Financial and Accounting Consultants”) note that lately in Russia the failure to comply with production plans in different segments of production activity has become a trend. The automotive industry plan in 2013 was not fulfilled by about 2-3%. Failure to comply with plans for the production of agricultural machinery looks much more significant - in tractor construction alone, the “shortfall” was more than 40%! The figure is certainly talking about a lot ...

How does the factual self-indulgence in the fulfillment of plans explain how such industrialists themselves? One explanation is as follows: at the time when the production plan was already approved, the demand for domestic products (the same cars and tractors) “unexpectedly” decreased — that is, we therefore decided to reduce production so as not to work for ourselves lesion. But in a number of cases, the owners of enterprises went to reduce the level of production, having received state financial preferences and investments for the very approved plans and programs ... This raises the question: did the investments in private industrial companies from the state budget go exclusively to the benefit of production in full? or did something else happen that I just don’t want to talk about once again - a banal and clumsy fraud? .. A rhetorical question ... Too suspicious in some cases look something that manufacturers are going to reduce the level of production is after the government gives them money for new projects.

Perhaps this is the situation when some gentlemen from among the major Russian industrialists may well engage in an evil game with state investments, prompted the Ministry of Industry and Trade to prepare a draft law on the regulation of state-owned industrial enterprises. Denis Manturov, Minister of Industry and Trade, is a member of the working group that is currently preparing this draft law.

The bill itself, which this working group can “give birth to”, is aimed at this: the authorities will be able to support successful industrial enterprises based on the letter of the law. Until now, the regulation of state subsidies and investment of private industries, in fact, has not been properly written anywhere. It got to the point that while the president personally does not intervene in the situation, no tax or other benefits, no investments from the state could be obtained even by a completely successful Russian enterprise. And if they did, then often through all the “charms” of a corruption conspiracy. This also led to the fact that many production owners were forced to follow the path of avoiding full-scale payment of taxes, the way of paying salaries "in envelopes", being defamed with personnel. If the new bill is drafted in the near future, and is designed taking into account various managerial, economic and other nuances, then industry entities will be able to receive from the state the right to preferential or completely free use of land, certain equipment and even real estate objects.

For understandable reasons, the work on such a bill should be carried out with the joint participation of both government agencies and industrialists themselves. It would be nice to involve a third party, which would act as a kind of arbiter in the formation of the main points of the future law on state support measures. Today, such a third party can (with a large, true, stretch) call the Public Council under the Ministry of Industry and Trade.

If the bill is drafted in haste without taking into account the interests of all parties (and the interests of the economy as well), then in the end it may turn out to be a non-quality document regulating public-private partnership in the production sphere, and something special - something that will allow “chosen ones” Industrialists not only receive state investments and use them entirely at their discretion, but also dispose of real estate objects owned by the state.

The Ministry of Industry and Trade understands the significance of the future law, because it will be able to stimulate those production entities that work on transparent conditions, showing decent growth, and therefore they are talking about the possibility of creating a National Industrial Council - a body that will include representatives of industrial companies and the state and the public. In what “proportions” the representation in the NPS will be implemented - while the question is open.

By the way, now the Russian industry has an excellent chance to demonstrate quite good growth if its subjects work not only for the pocket of their owner, but also for the domestic economy. This chance is associated with an impressive subsidence of the ruble. If production is conducted on the Russian raw material base, and at the same time high-quality products are created, then this product has an indisputable advantage over the products of foreign competitors - price. True, in our economy and here is not so simple. Owners of industrial enterprises, seeing that foreign goods have risen in value in ruble terms due to the growth of the dollar and euro, can not resist the desire to break the price for their goods if they see a growing demand for it. Here, state intervention could also be fully justified - at least at the current stage.