February 18 2014
11
A lot of interesting and unusual equipment is created during the arms race. Often, such military equipment for the uninitiated looks pretty strange. However, there are such devices, which even military experts are unusual. Here with all boldness include rocket launcher 9P116.

The Mi-10РВК rocket and helicopter complex with a landing gear ZIL-135В. 1963 year

Under the leadership of Grachev V.A. At the ZIL plant a helicopter launcher was developed, designated ZIL-135В (9П116 - GRAU index). This installation brought to life not only the most original and daring technical solutions and finds, but also an equally bold, but absurd idea of ​​stealthy airborne delivery of a wheeled vehicle and its landing by landing method to the rear of the enemy or difficult places to produce a single sudden rocket attack . According to calculations constructors, the distance from the helicopter to take off point to the start point was 270 km. For transportation of the launcher, it was intended to use an external rigid suspension of a heavy Mi-10 helicopter, known as a “flying crane”. The entire system (helicopter + launcher) was named rocket-helicopter complex, or Mi-10РВК.

The installation of 9P116 was developed in accordance with the secret Resolution of the Council of Ministers of February 5 from 1962. SKB Zil engaged common design, in which developed three helicopter embodiment launcher. After the selection of the most optimal variant on ZIL in September 1962, the first prototyping prototype was built. Plant "Dzerzhinets" had to develop and manufacture electrical equipment. In addition to the first layout was collected three settings. For the first time in domestic practice, these machines introduced an electric transmission with four motor wheels and gearboxes developed by SKB ZIL.

This self-propelled machine is a supporting body-container, used for a rocket with a diameter of 1800 mm, mounted on four 20-inch single-pitch wheels. The launcher was charged with one C-5B cruise missile (4K95). The length of the rocket was about 10 m, the launch mass of the order of 4 tons.

On the 9P116 launcher, there was a 2-seat glazed control cabin on the front. The electric generator of direct current, power unit, hydraulic pump and fuel tanks made of fiberglass were located behind and on the sides of the installation. To access the units on both sides of the body placed the ladder and lattice work sites. 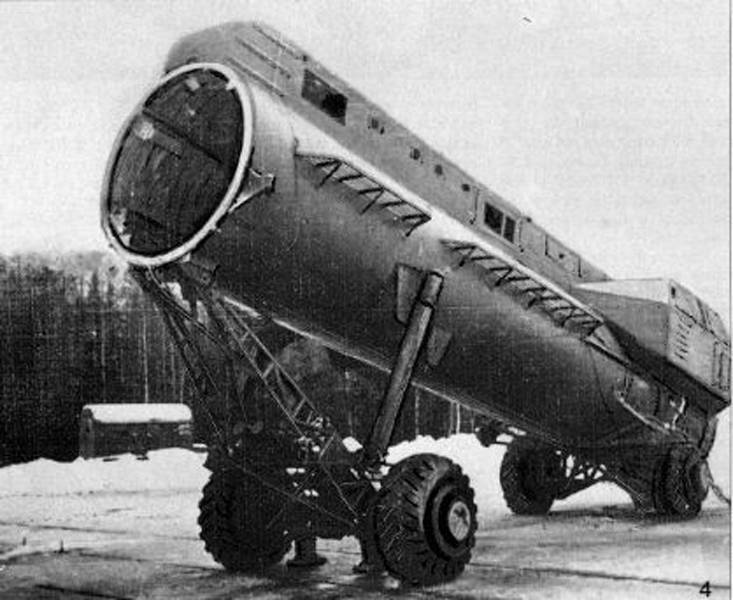 The leading DT-22 electromotor wheels (power of each 22 kW) with reducing planetary gearboxes and forced ventilation received electricity from a DC generator (power 120 kW) driven by a GTD-350 gas turbine engine with a power of 350 hp, which has rather compact dimensions . The gas turbine engine was developed by the V.Ya. Leningrad Plant. Klimov helicopter Mi-2. This power unit has a length 1350 mm and a dry weight 139,5 kg. The rear wheels are rigidly attached to the body unit. From this generator also feed drives vertical guidance systems - lifting struts with electrohydraulic control. Managed front wheels mounted on vertically located pivots, also fixed on the body rigidly. The height 9P116 in the cabin was 3263 mm. Mass unfilled setting was about 5,5 m. Cab serve to accommodate two persons.

In 1963, at plant No. 475, launch canisters were mounted on four similar chassis. Based on the Mi-10 helicopter, the Mil Design Bureau created the 9K74 helicopter missile system. Most helicopter Mi-assigned index 10RVK. Takeoff weight reached 44,6 tons. The maximum transportation distance of the launcher 9P116 by helicopter was 200 km. After landing, the installation was prepared for launch within 5 minutes. In addition, the launcher could independently overcome another 40 km at speeds up to 18 km / h, launch the rocket and go back. The 9P116 launcher lifted its rear part on the hydraulic jacks for a “shot”, the lid was opened, after which the rocket was launched. During the tests, which took place in Faustov, several C-9В were launched from the 116P5 helicopter launcher. Leading a test was Salnikov II, hereinafter - the chief designer of SKB ZIL.

During the tests, a number of significant shortcomings of the 9K74 helicopter complex were identified. Among the shortcomings were a large "sail area" of the helicopter with a launcher on board and its demolition by the wind; the helicopter’s flight range was much less than estimated. In addition, the reason for the failure of the launcher was the removal of the missiles for which it was developed. 11 November 1965 of the Year The Council of Ministers issued a decree on the termination of work on the helicopter launcher. 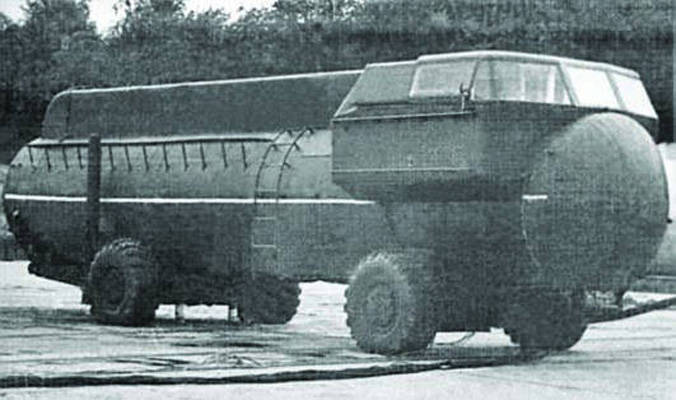