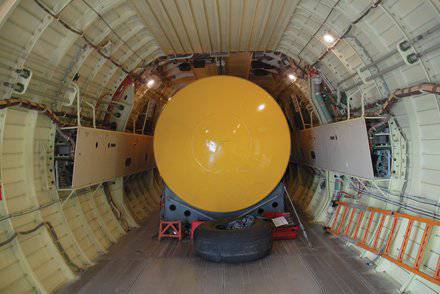 According to the training plan, a couple of bombers were raised from the Ukrainka air base (Amur region), a pair of air tankers from the Ryazan Dyagilevo air base. The meeting of two groups of aircraft took place in the sky over the Saratov region, refueling was carried out over the Orenburg region.

Refueling in the air is the most difficult element of flight training, the highest degree of airmanship, it requires the precision of piloting pilots from both the crew of the air tanker and the crew of the aircraft being filled. After all, the length of the hose of the outboard refueling unit is just 26 meters, which means that the pilots of the refueling bomber must approach the tanker at such a distance, dock with the refueling cone and, at 700 km / h, keep the multi-ton machine in direct proximity to the tanker aircraft. In this case, the whole process of refueling in the air lasted more than half an hour. 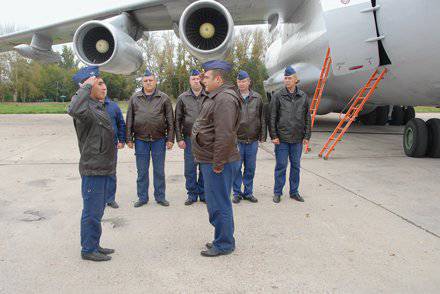 And in order to refuel the aircraft with the same amount of fuel on the ground, it would take about four hours, taking into account the time required for descending, landing, maintaining the aircraft on the ground, taking off and gaining altitude. And then, if there is an airfield in a given area capable of receiving aircraft of this type. And if the action takes place over the territory of the enemy or over the sea? That is why refueling in the air significantly expands the capabilities of combat aircraft and increases the range of flight of front-line or long-range aircraft.

The armament of the Russian Air Force today consists of Il-78 aircraft-tankers, created on the basis of Il-76 MD transporters. In connection with the need to replace outdated Tu-16 N, M-4 – 2 and 3 М-3 tanker aircraft, in the early 70-s, work began on creating a new specialized vehicle. The prototype of the new refueling aircraft, in the fuselage of which two cylindrical tanks were installed on 23,4 thous. Liters, included in the common fuel system, made the first flight 26 June 1983 of the year (the commander of the ship - test pilot V. S. Belousov). Serial production was launched in 1984 at the Tashkent Aviation Production Association. 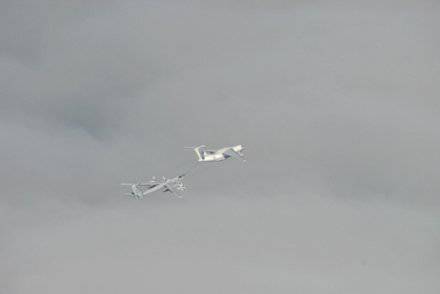 A characteristic difference in the new development from the former tanker aircraft, mainly focused on long-range aviation service, was the possibility of interaction with front-line aircraft as well as air defense aircraft. Three devices were installed on the machine (two on the wings and one in the stern of the fuselage on the right side) UPAZ-1 (standardized outboard refueling unit), which was developed in Zvezda under the guidance of G. I. Severin and V. I. Kharchenko .

In addition to refueling in the air, the IL-78 could also serve as a tanker for transporting fuel. When fuel was released on the ground, OZPs were not used; instead, they were led to intrafuseral tanks up to 4 fuel lines, which were brought out through the loading hatch. Also for the IL-78 was provided for conversion into a transport aircraft, for which the UPAZ and two fuselage tanks were made removable, and on board there were two cargo winches, telpher, rolling table and mooring and rigging equipment. 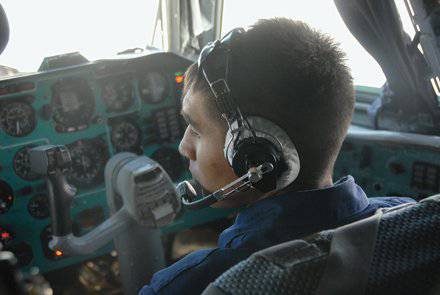 7 March 1988 of the year under the control of V. S. Belousov made the first flight of a modified Il-78 M tanker with a take-off weight increased to 210 tons. The new car lost the ability to quickly convert to a transport plane, as the developers made changes to the design to increase the amount of fuel transported. Thus, in the cargo compartment three fixed cylindrical tanks for 36 tons of fuel were installed, there were no amphibious transport equipment and a rear loading hatch, which made it possible to reduce the own weight of the aircraft structure by 5 tons. The wing was also strengthened, the attachment of the fuselage fueling unit was changed with the installation of a more efficient modification of the PAZ-1 M (fuel overflow capacity to 2900 l / min, unlike the 2200 l / min in UPAZ-1).

At the MAKS-2013 air show, it was announced that the Ministry of Defense plans to purchase 40 new IL-478 aircraft with new PS-90 A series engines in the next three years. It is planned that they will be upgraded according to the type of IL-476.

Ctrl Enter
Noticed oshЫbku Highlight text and press. Ctrl + Enter
We are
From wing to wingAn-12 in Afghanistan
Military Reviewin Yandex News
Military Reviewin Google News
102 comments
Information
Dear reader, to leave comments on the publication, you must sign in.