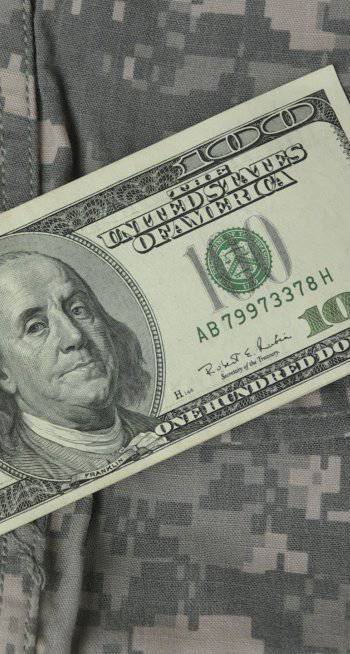 News agency IHS Jane's has published a new defense report, Budgets: End of Year Report 2013, dedicated to world defense spending last year. The document analyzes the military budgets of 77 countries of the world, their volumes and changes. Thus, the total amount of expenses recorded in the report last year reached 1,53 trillion US dollars. Thus, the last 2013 year failed to “break the record” of 2009, when the total amount of military budgets reached 1,64 trillion.


In 2013, there was both an increase in military budgets in some countries and a reduction in spending in others. The main cuts last year were the defense budgets of the United States and Western Europe. At the same time, several states in Asia, the Middle East and North Africa increased their defense spending. Thus, the average growth of Asian budgets in 2013 compared with 2012 was 3,4%, for the Middle East and North Africa this parameter exceeded 10%, and Central African states begin to increase their defense spending again - in 2013, the growth of such expenses reached 18%. And yet, until the total global volume of military spending can not reach the record level 2009 of the year. If current trends continue, IHS Jane's experts believe that crossing the 1,64 mark in a trillion dollars is worth waiting for in the 2019 year. In the future, in 2024, the world's military spending could reach 1,8 trillion.

The IHS Jane's XDUMX Defense Budgets Report of End of Year Report not only considers global trends, but also changes in military budgets in individual regions. For convenience of analysis, the planet was divided into eight regions, the indicators of which were considered separately and compared with each other. These are Asia, Eastern Europe, Western Europe, North America, South America, the Middle East and North Africa, Central and South Africa, and Oceania.

Thus, the total military spending of the five regions exceeded 100 billion dollars. Three other regions could not reach this conditional level. South America spent a billion dollars (68,7%) on its 4,5 military. The countries of Oceania spent 33,5 billions or 2,2% of total world figures on defense, while Central and South Africa was able to allocate only 13,3 billion to defense - just 0,5%.

Each of the regions has its own leader - the country that makes the greatest contribution to the overall performance of the region. For the North American region, this is the United States, while China and India are the leaders in military budgets in Asia. Britain, France, Germany and Italy have the most significant impact on the indicators of Western Europe, and Russia and Turkey occupy leading positions in the Eastern European region. Saudi Arabia and Israel have the largest military budgets in the Middle East and North Africa.

In the past few years, the military budgets of a large number of countries have been cut or slowed, resulting in a financial crisis. Thus, the annual growth of the total amount of military budgets in 2010 amounted to 4,2%, in 2011-m reduced to 3%, and in the next 2012 year it fell to 2,5%. According to IHS Jane's analysts, in the coming years, cuts in defense spending will stop and military budgets will gradually increase. By 2015, annual growth should reach 3,5-4%.

From the data published in the report, it follows that Russia last year again ranked third in the world in terms of the volume of the military budget. With spending at the level of 68 billion dollars, our country is second only to the USA (577 billion) and to China (141 billion). The fourth and fifth places in the overall ranking were taken by the United Kingdom and Japan. Their defense spending last year amounted to 58,8 and 56,8 billion dollars, respectively.

In the future, the military budgets of the world will gradually grow and several states of Asia and the Middle East, as well as Russia, will become the “engine” of this growth. Over the next few years, the Russian military budget will grow by 44%. In 2016, Russia's defense spending should reach 95 billions of dollars. By this time, the Chinese military budget will increase to 160 billions. Thus, by 2017, the total expenditure on defense of Russia and China will exceed that of the entire European Union.

Forecasts for the future look optimistic. Various countries will continue to increase their military spending, with several consequences. First of all, it should be noted that the renewal of the armed forces can have a positive effect on military-political stability in certain regions. In addition, an increase in defense spending implies an increase in the cost of purchasing weapons and military equipment, which will benefit defense enterprises of various countries. Given the available information on the structure of the military-technical export of countries, it is possible to make approximate assumptions about the distribution of new contracts. In the case of Russia, the planned increase in the military budget should lead to a significant renewal of the armed forces.