January 30 2014
9
EMERCOM of Russia, together with domestic and American scientists, is going to consider the possibility of creating a system that will protect the public and socially significant infrastructure from threats from space. The fall of the Chelyabinsk meteorite to Earth in February 2013 of the year demonstrated that cosmic threats are quite real, and are no less destructive in their effects than natural disasters or large forest fires. In 2014, the EMERCOM of Russia expects to begin work on creating a global network of crisis centers. Work in this direction will be one of the most important priorities in the activities of the ministry. The Ministry of Emergency Situations has already developed a draft of the corresponding “road map”, which needs to be implemented in the next 5 years.


It is planned to implement this project together with partners in the framework of the SCO, APEC, MOGO (International Civil Defense Organization), the EU, as well as other international structures and G8 countries. According to Russian Emergencies Minister Vladimir Puchkov, within the framework of international cooperation, it is planned to develop solutions for creating an effective mechanism to protect the population from asteroid-meteorite danger, which will include detection of dangerous celestial bodies, warning the population about space danger, and work to eliminate the consequences falling to Earth of celestial bodies.

It also appeared that the Russian Emergencies Ministry is going to involve in working on developing a system of protection against asteroid-comet threats of the Russian Academy of Sciences (Russian Academy of Sciences) and leading universities in Russia, Vladimir Puchkov, Head of the Emergencies Ministry, told reporters on January 28. On Tuesday, Vladimir Puchkov, his colleague Craig Figegate, who heads the US Federal Emergency Management Agency (FEMA), as well as representatives of the scientific community in the framework of the tele-bridge discussed the possibility of international cooperation to protect the public from space threats. 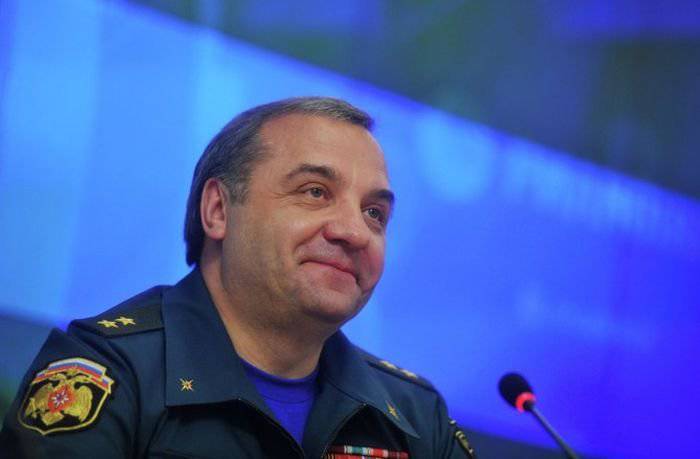 “Involvement of specialized specialists from the Center for Planetary Protection, Russian higher educational institutions of the Bauman Moscow State Technical University, the Higher School of Economics and other leading educational and scientific organizations of the Russian Academy of Sciences will make our dialogue more efficient and productive. We are currently working on defining specific steps for conducting scientific research and developing pilot zones to protect the population from space threats, ”said Vladimir Puchkov.

The head of the EMERCOM of Russia stressed that space objects approaching our planet can pose a very serious danger to infrastructure and the public, while modern technology development does not yet allow to fully solve this problem. Vladimir Puchkov said that within the framework of cooperation, solutions will be worked out for the development of an effective mechanism for protection against meteorite-asteroid danger. During the Russia-USA television bridge, at which the issues of protecting the Earth from the threat from space were discussed, the head of the Emergencies Ministry said that in 2014 Russia would take concrete practical steps to carry out the necessary scientific research. It is also planned to organize pilot pilot zones for the protection of the population and social infrastructure facilities. Funds for these purposes will be allocated from the budget of the Russian Federation.

As recent practice shows, space objects approaching our planet can pose a serious threat, the Russian minister said, recalling that in 2013, the city itself had suffered from the fall of the Chelyabinsk meteorite, as well as more 60 from other settlements. At the same time, Vladimir Puchkov believes that the efforts of only one state will not solve this problem. “The issue of protection against space threats should be a priority for the joint Russian-American working group on disaster prevention. Currently, there is a need to build a reliable international system to protect the Earth’s infrastructure and the population of the planet from the threat from space, ”the minister said. 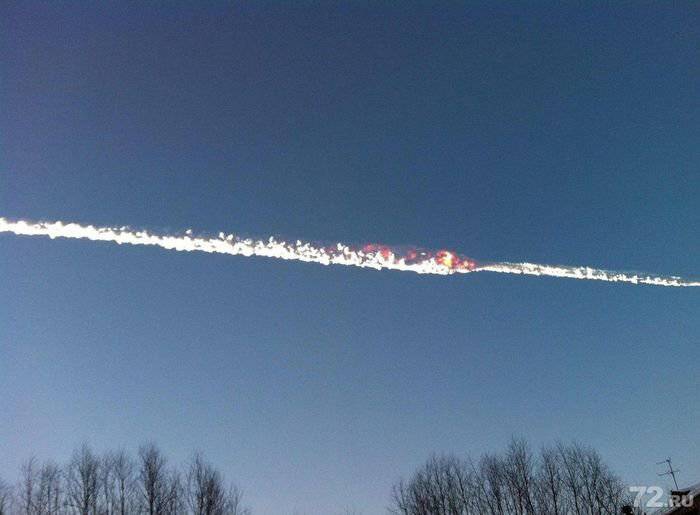 His US counterpart, Craig Fugate, agrees with the Russian Emergencies Ministry, who believes that the development of an effective mechanism to counter meteorite-asteroid danger is possible only through joint efforts of many countries. The head of the US Agency for Emergency Situations stressed that this threat is global. At the same time, he stressed that for the states the Russian experience in dealing with the aftermath of the fall of the Chelyabinsk meteorite is of very great importance and value. According to Craig Fugeta, the United States is interested in the early detection of threats from space and warning the population about them. Experts from the Emergencies Ministry, the Russian Academy of Sciences, FEMA, and the State Department and the National Aeronautics and Space Administration of the United States participated in this teleconference.

Evgeny Parfenov, a leading engineer in the department of astronomy and celestial mechanics at the Research Institute of Applied Mathematics and Mechanics of the TSU - Tomsk State University, expressed his opinion on this matter. According to him, when creating a system to protect the Earth from asteroid-comet threats, it is necessary to create a system of round-the-clock monitoring of small celestial bodies. At present, the absence of such a system does not allow us to fully and quickly identify cosmic threats, like the fall of a meteorite near Chelyabinsk.

According to Evgeny Parfenov, in general, the system for detecting large space objects that pose a danger to the Earth has been working for a long time, all objects that could have resulted in a global catastrophe have long been discovered and are being actively studied by scientists. There remains a “trifle” - celestial bodies ranging in size from several meters to tens of meters, which may well be the cause of a local catastrophe. There are more such objects in space than large space objects, they are much more difficult to detect. In the case of Chelyabinsk, astronomers “missed” the celestial case with a diameter of about 15 meters. It is precisely objects of this size that are known by no means all; they are considered small and very difficult to detect in space, therefore there is still a lot of work to be done in this area, the Tomsk scientist noted. 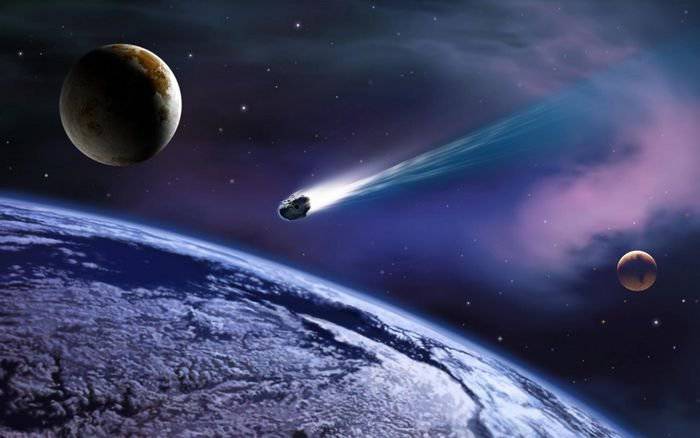 According to Parfenov, in the event of the prompt detection of a potentially dangerous space object, it would be possible to launch an engine on it that could change the orbit of a celestial body, or undermine it. But today there are very few means that could effectively find small space objects. Potentially, they could be detected by the Hubble Space Telescope or the largest telescopes installed in the Hawaiian Islands. “However, with all the desire, telescopes in Hawaii will not be able to see objects that will be in the sky of the eastern hemisphere in half a day. That is why humanity needs to have a global warning system for dangerous celestial objects, preferably deployed in space. For a start, there would be enough a pair of vehicles located on different sides of the planet and looking beyond their half of the sky. At the same time, the astronomer noted that the creation of such a system is a very expensive project.

Ctrl Enter
Noticed oshЫbku Highlight text and press. Ctrl + Enter
We are
Space systems of the US military communications: analysis of the state and developmentChelyabinsk race car demonstrated our vulnerability to space threat.
Military Reviewin Yandex News
Military Reviewin Google News
9 comments
Information
Dear reader, to leave comments on the publication, you must sign in.