In order to preserve the combat capability of ground units at the same level, the command of the ground forces hopes to substantially expand the use of robots and robotic equipment, which will replace part of the personnel of the units. In this case we are not talking about creating an army of "Terminators" or killer robots, which can often be seen in modern science fiction films. Mainly, robots will be used by the military to perform various auxiliary functions. The American general listed various remotely controlled aircraft and vehicles, as well as "cargo robots" that can be used to transport equipment and other heavy loads. According to Cone, thanks to automation, US ground forces will be able to be ready for immediate deployment and more maneuverable. In addition, it is expected to increase their firepower.

The reduction in the number of land brigades at once by a quarter is proposed to be compensated by modern automated platforms and robots. At the same time, according to General Robert Cone, ground forces should use the positive experience of the American fleet, which has achieved significant success in reducing manpower through the use of modern technology. The U.S. Navy successfully reduced the number of sailors on warships by automating many of the functional duties existing in the fleet. According to Koon, the automation of the ground forces, the use of UAVs and robots, as well as the reduction of the military personnel serving them will help to significantly reduce the cost of maintaining the army. Currently, most of the military costs associated with the size of the armed forces. This is characteristic of all modern armies. 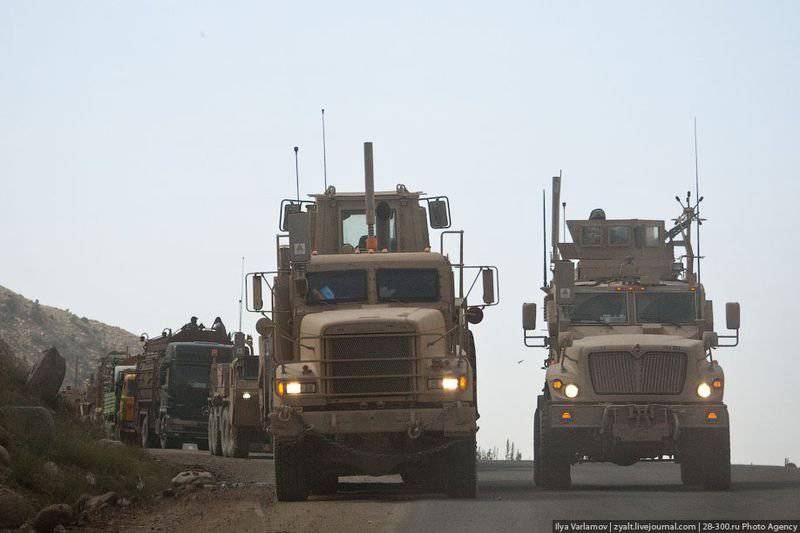 In this case, the US army is not going to immediately replace the soldiers with autonomous robots equipped with lethal weapons. Instead, the options are being developed for the widespread use of robotic vehicles that could be used in organizing supply convoys along with the use of conventional vehicles under the control of human drivers. It is reported that the first samples of such military equipment are currently undergoing preliminary tests on the territory of Afghanistan. In particular, we are talking about the "Squad Mission Support System". This system is a robotic six-wheeled buggy, which is designed to transport luggage and equipment to military personnel.

In addition to conducting various tests, the US Army is known for its unmanned campaign against Al Qaeda terrorists and Afghan rebels, which is being conducted on the territory of Afghanistan and border areas of Pakistan. To fight the rebels, a variety of unmanned aerial vehicles are used - from very small reconnaissance helicopters to sufficiently large Reaper attack drons that can carry Hellfire guided missiles. According to activists, the use of this kind of robotic technology is accompanied by large losses among the civilian population, the number of killed civilians goes to hundreds, if not thousands. The heyday of new technologies in the US naturally spawned fear of future wars, in which combat robots could one day come together. That is why many international organizations are in favor of a preventive ban on work on the creation of combat robots.

However, until the creation of full-fledged combat robots is still far enough. At present, the greatest interest of the Pentagon is caused by samples of automated ground-based equipment, which will be able to both carry out and give orders to soldiers, reports the Defense News portal. The publication writes that these robots will have a light booking, as well as differ in increased mobility. The use of such machines in the ground forces should lead to savings and reduce the total cost of maintaining each of the ground brigades. 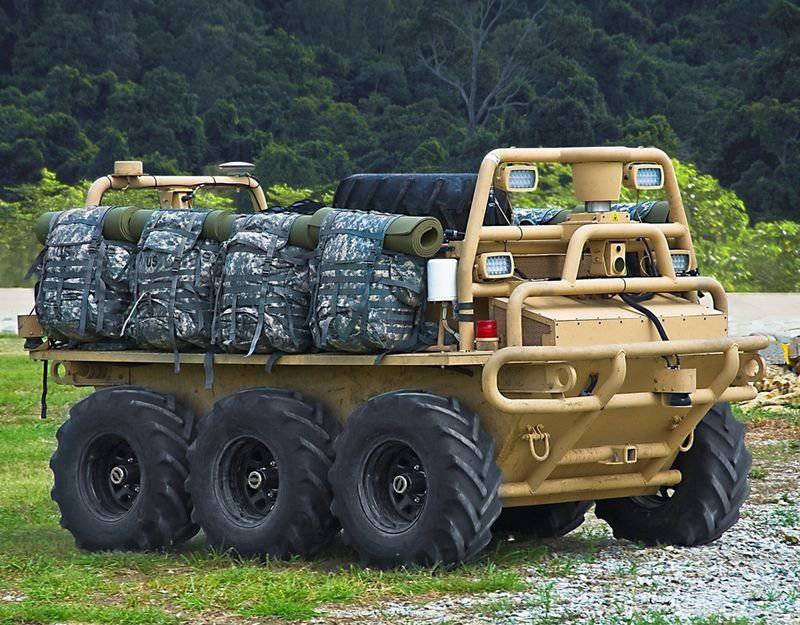 Buggy Squad Mission Support System
“Today I have quite clear ideas about which tasks can be solved with the help of robotic platforms, we will have such an opportunity in the near future,” the American general noted. He also said that he had already received a "clear idea about the possibility of" revising the staffing level of the rifle branch, which is standard for the ground forces. Currently, the US Army branch is made up of 9 military personnel. According to Robert Cone, over the past decades, the American army, participating in various military campaigns, has significantly reduced its ability to wage a mobile war, as well as the ability to quickly deploy, has suffered fire power. Most of these opportunities have been reduced in favor of better security of the army. The American army had to adapt to various partisan tactics of warfare and other forms of asymmetric warfare in order to have the ability to conduct combat operations anywhere in the world.

At present, a special advisory group will be engaged in a deep analysis of the large-scale reduction of the ground forces. According to the general, the reduction in the number of each brigade on 1000 people really can be blocked due to recent scientific discoveries and increased technical capabilities of the military. Today, the development of robots and robotics is being conducted at such a rapid pace that in a short time it will actually be possible to shift some of the tasks that ordinary living people today have to do to them.

Nowadays, most of the robots used in the US Army are telepresence devices. Only a few of them are able to carry out various orders and combat missions in a fully autonomous mode, without interference from the operator of the device. The main efforts of the military want to focus precisely on achieving autonomy of robots and robotic technology. Further research is also being conducted in the field of remote control of military equipment. Ideally, having one manned vehicle, you could also drive several unmanned vehicles or a whole convoy of such vehicles.