January 22 2014
39
With a difference of several days, two events occurred that could have a significant impact on the defense of Finland. On January 16, the Ministry of Defense of this state approved the acquisition plan. tanks from the Netherlands. A few days later, representatives of Finland and the Netherlands signed an agreement. According to this document, until the end of the decade, the Finnish military will receive 100 Leopard 2A6NL tanks, for which they will have to pay a little less than 200 million euros.


In recent years, various countries in Europe have regularly reduced the number of their armored forces. Finland, in turn, over the past 10-12 years has significantly updated the tank units. The new contract is also intended to increase the combat capability of both the tank forces and the defense forces as a whole.

The subject of the Finnish-Dutch agreement is the German-made 100 tanks Leopard 2A6NL. The armored vehicles in question were decommissioned a few years ago and are currently in storage. The first batch of tanks will be transferred to Finland in 2015 year. Last used combat vehicles will go to Finnish troops only in 2019. The fulfillment of the signed contract will lead to a fundamental change in the combat potential of the Finnish armored forces. Finland currently has 91 tanks Leopard 2A4, 126 tanks T-72, and also 70 obsolete T-55М. The launch of hundreds of new Leopard 2A6NL tanks will affect the combat capability of the troops accordingly. 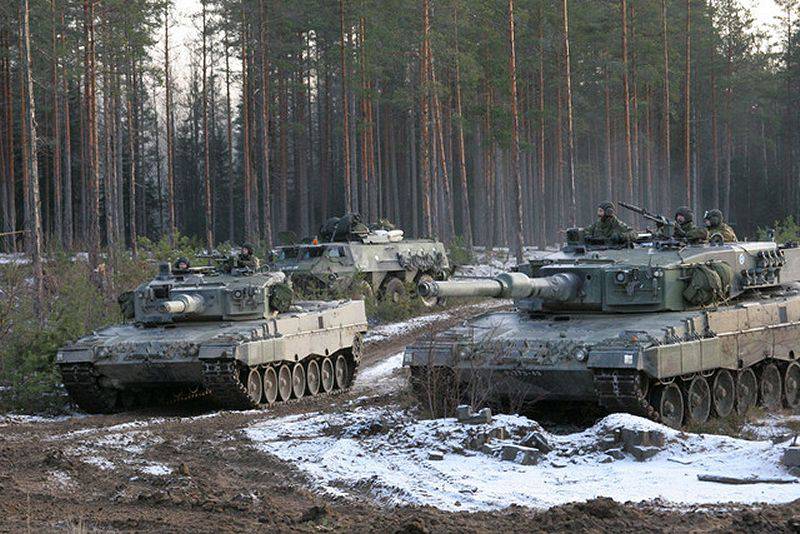 Tank Leopard 2A4 of the army of Finland 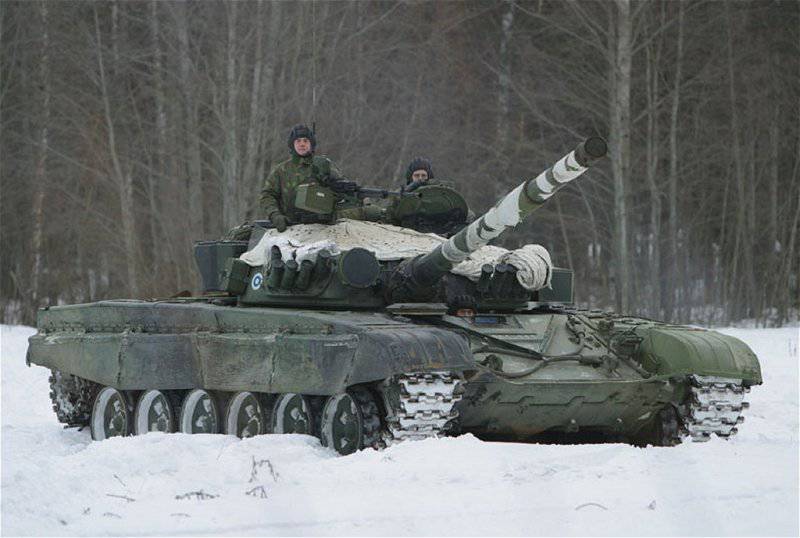 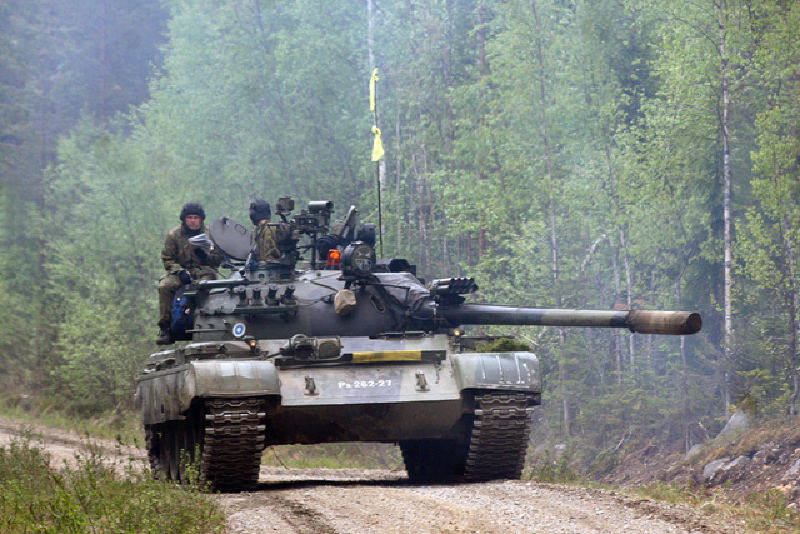 In fact, Finland is now the only European country that is increasing the number of its armored forces. Other states either do not buy new equipment at all, or do it simultaneously with the decommissioning of existing machines. At the same time, the Finnish military have what is called the Napoleonic plans: by the end of the decade the total number of Leopards will more than double.

As already mentioned, Finnish tankers are now exploiting the 91 main battle tank Leopard 2A4. These armored vehicles were purchased from Germany and delivered during the past decade. As in the case of the current contract, at the beginning of the two thousandth the Finnish military did not acquire new equipment. Bought tanks for some time served in the armed forces of Germany. In total, the Germans gave the Finns 139 tanks Leopard 2A4. Hundreds of vehicles entered the Finnish Defense Forces as line tanks. To date, nine tanks have been decommissioned. The six tanks purchased were converted into Leopard 2L bridge laying machines, the same number of armored vehicles became Leopard 2R barrage machines. The remaining 27 tanks were used as a source of spare parts for the rest of the equipment.

It is already known that the former German tanks Leopard 2A4 will remain in service with the Finnish army. Thus, for some time the Finnish military will simultaneously use two modifications of the Leopard tanks. This should affect both the capabilities of the respective units and the complexity and cost of operating the fleet of armored vehicles.

The tanks planned for the transfer of Finland have an interesting “biography”. The Netherlands became the first overseas customer for Leopard 2 tanks. In the late seventies, a contract was signed, and in the first half of the eighties, the Federal Republic of Germany built and transferred to the customer 445 combat vehicles, modified in accordance with the requirements of the military department of the Netherlands. By 1993, all German-made tanks were upgraded to version 2A4NL, after which they began to be reduced. Almost 250 machines of the 2A4NL modification were sold to Austria (114 units), Canada (80 units) and Norway (52 units). In the late nineties and the beginning of the two thousandth, two upgrades were carried out. First, 188 tanks were upgraded to version 2A5NL, and then 180 of them - to 2A6NL. Several dozen cars of the last modification were sold to Canada, Portugal and Germany. 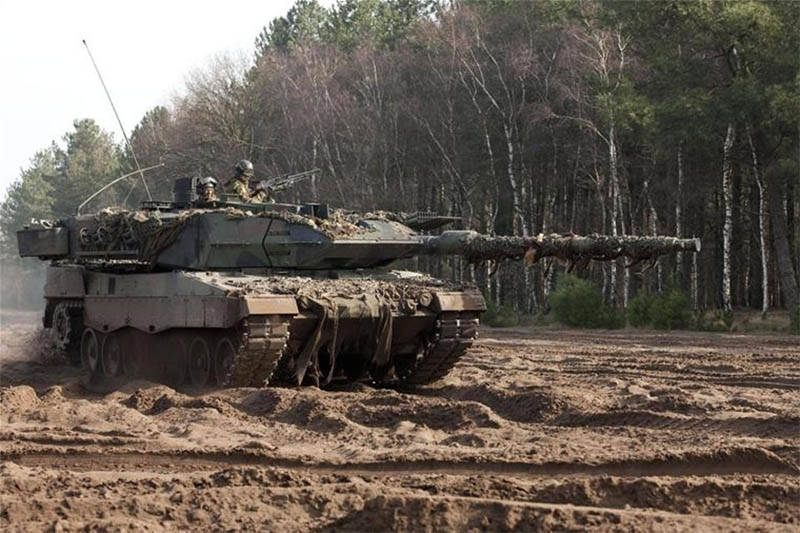 Finally, in the spring of 2011, the Dutch Ministry of Defense decided to completely abandon the tanks. Remained in service with the 73 tank Leopard 2A6NL written off and sent to storage. These and other armored vehicles, decommissioned, were supposed to be sold to third countries or disposed of. The first buyer of decommissioned Dutch tanks was Germany, which last year received 20 of such vehicles. Currently, they are being repaired and converted into a modification of 2A7 +. In the future they will serve in the German armed forces. A hundred Leopard 2A6NL tanks intended to acquire Indonesia, but this contract was not signed due to some political differences.

For Finland, purchasing second-hand tanks is a bargain. Each of the 100 armored vehicles will cost the Finnish military about 2 million euros. According to the official website of the Finnish Ministry of Defense, the new tank Leopard 2A6 would have cost the treasury about 10 million. Thus, even taking into account the additional costs of repairs and a partially developed resource of equipment, the ratio of the transaction value and its consequences for the defense forces still remains at a sufficiently high level. In addition, the possibility of upgrading existing tanks Leopard 2A4. Upgrading each car to the level of 2A6 would have cost 5 million euros. Modernization would be twice cheaper than buying new tanks, but in this case, the most profitable investment of money would be to purchase equipment from the Netherlands.

The contract for the supply of decommissioned Dutch tanks is beneficial for both parties. With its help, Finland can save large sums on upgrading its fleet of armored vehicles, and the Netherlands can get rid of unnecessary decommissioned vehicles. Loses only Germany, has not received an order for the production of new tanks.