January 16 2014
36
Just a few decades ago, our country had a large number of military bases abroad. After the collapse of the Soviet Union, their number decreased, which is why at present Russian troops use only a few foreign bases. Similar facilities are located in Tajikistan, Armenia, Abkhazia and South Ossetia. In addition, in the port city of Tartus (Syria) there is a point of logistics of the Navy. Foreign bases have significantly improved the capabilities of the domestic armed forces, but the economic and political problems of the past decades have led to the closure of most of these facilities. The bases in remote countries (Cuba and Vietnam) and in the republics of the former USSR have ceased to exist.


In recent years, Russia has begun implementing a development program for its armed forces. In the context of the future naval fleet increased combat effectiveness may be associated with the use of bases in foreign countries. As the events of recent months have shown, the Russian military may have similar plans. Recently, several steps have been taken which, to one degree or another, can contribute to increasing the defense capability of the Russian armed forces. 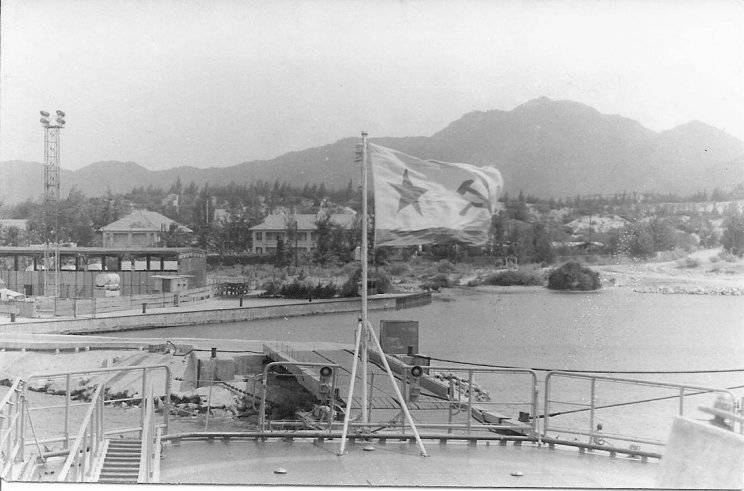 BOD "Tallinn", The base of the Navy of the USSR Cam Ranh, Vietnam

In November last year, after the meeting of the leaders of Russia and Vietnam, there were reports in the media about further cooperation between the two countries. As it became known, a base for servicing and repairing submarines will appear in the port of Cam Ranh. From the information currently available, it follows that this object will be designed to work with submarines of the Vietnamese Navy. However, the fact that Vietnamese sailors exploit Russian-built submarines, as well as the need for further cooperation with Russia in creating a service base, became the basis for some assumptions. It is not excluded that in the future the Russian Navy will return to Cam Ranh again.

Recall the Soviet, and then the Russian military used the Cam Ranh base from 1979 of the year. The contract with Vietnam implied the lease of the port and the airfield free of charge, but all the investments in the base infrastructure were made by the Soviet military. Base Cam Ranh has become the largest Soviet military facility outside the country: its total area reached 100 square. km In 2001, the Russian government decided not to renew the lease agreement and close the base. The reasons for this were the proposals of the Vietnamese side to include in the contract an item on paying the rent, as well as the absence of the need for a base. Since the beginning of the nineties, Russian ships have never been in the Indian Ocean, and the possibility of such trips in the future was in question. Thus, for several years, the Cam Ranh base was virtually useless for the Russian Navy, and its maintenance cost a considerable amount. In the middle of 2002, the last Russian military left the base.

In recent years, in the context of military-technical cooperation between Russia and Vietnam, the possible re-establishment of the Cam Ranh base is often mentioned. So far there is no official information on this subject, but the expansion of cooperation between the two countries in various fields may eventually lead to the emergence of a new lease agreement base. Whether such expectations justify - time will tell.

Others newsrelated to the possible creation of Russian military bases abroad, come from Cyprus. A few days ago, the Cyprus Weekly edition, citing its sources, wrote about the plans of the Cypriot leadership. According to the publication, the Ministry of Defense of Cyprus has drawn up and submitted to the Ministry of Foreign Affairs a plan for cooperation with Russia. According to this document, our country will be able to use the Andreas Papandreou airbase (Paphos), as well as the port of Limassol. At the same time, however, at first, the aerodrome will be able to receive only aircraft participating in rescue or humanitarian operations. Official confirmation of the existence of such a plan of cooperation has not yet appeared. 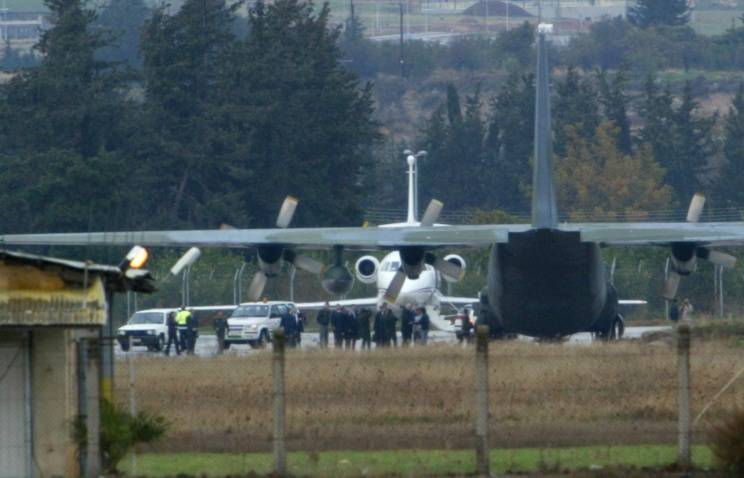 The topic of Russia renting a Cyprus air base appeared in the press last summer. The head of the Russian Ministry of Foreign Affairs, S. Lavrov, during negotiations with his Cypriot counterpart I. Kasulidis, declared our country’s desire to rent an air base near the city of Paphos. After that, for several months, the Cyprus media discussed a possible treaty between the countries and its consequences. Having received the Russian proposal, the Government of Cyprus was in a difficult position. On the one hand, cooperation with Russia may have positive economic and political consequences, but on the other hand, the possible lease of the air base has caused a strong reaction from third countries. Thus, having received some benefits, Cyprus risks deteriorating relations with Western states.

An additional reason for concluding an agreement on the lease of an air base in a number of media outlets was the possible easing of the terms of the loan granted to Cyprus by Russia. However, the leadership of the island nation denied these rumors. According to the Cyprus Minister of Defense F. Fotiu, the final decision will be made taking into account national interests.

The use of a Cyprus air base or the resumption of the base in Cam Ranh would certainly be useful for the Russian armed forces. With the help of these two objects, it would be possible to increase the presence of ships and airplanes in the Mediterranean, as well as in the Pacific and Indian oceans. However, such steps can significantly affect the international situation in the respective regions. Moreover, such a Russian presence may directly contradict the interests of third countries that claim leadership in a particular region. Therefore, in particular, the reaction of Western countries, including the United States, to the Russian proposal for the use of an air base in Cyprus becomes understandable.

The appearance of Russian troops in Cyprus can affect the interests of several European countries, as well as the United States. The resumption of the work of the Russian base in Vietnam will not remain without the attention of third countries. First of all, it is the USA and China. It should be noted that at the beginning of the last decade, these two countries claimed to rent the Kamran base. However, negotiations with two possible tenants did not end with the signing of the contract. Official Hanoi announced that the Vietnamese military will independently use the remaining base. Moreover, statements were made that no more warship would enter the port of Cam Ranh anymore. As you can see, the latest events directly indicate the opposite. According to the latest plans, Vietnam is ready to cooperate with foreign countries, including Russia, which is building ships and submarines for it.

There are some advances in the emergence of new foreign bases of the Russian armed forces, but so far we are not talking about the emergence of full-fledged facilities, similar to those that existed in the past. We have to admit, at the moment and in the foreseeable future, large bases abroad will not be needed by our navy. Construction of new ships and submarines continues, but over the next few years, the Russian Navy will lag behind the fleet of the Soviet Union in the seventies or eighties in terms of the number of ships. Because of this, our sailors will not be able to conduct constant patrols in remote regions and, as a result, there will be no need for serious bases that can simultaneously serve a large number of ships.

It should be emphasized that the conclusions about the absence of the need for foreign bases, primarily for the Navy, relate only to the present time and the near future. If the Russian shipbuilding manages to complete the tasks assigned to it within the framework of the State Armaments Program, then by 2020, the issue of creating bases will again become relevant. The constant increase in the number of ships and submarines in the navy in the future will allow to organize a permanent patrol in the necessary areas. For such work, you may need not only logistics points, but also bases. The construction of the required number of ships will take several years. Negotiations with foreign countries can also be lengthy and difficult. Therefore, the current talk about returning to Cam Ranh base or using the Cyprus Andreas Papandreou airfield can be the first step in the long and difficult task of returning our armed forces to remote regions of the planet.

Ctrl Enter
Noticed oshЫbku Highlight text and press. Ctrl + Enter
We are
Update the Russian Navy. In the gland. Part of 1Foreign bases: the wishes of Russia and the opinion of foreign countries
Military Reviewin Yandex News
Military Reviewin Google News
36 comments
Information
Dear reader, to leave comments on the publication, you must sign in.