January 14 2014
13
In the Soviet army in the early years of World War II, there were a lot of problems, the main of which was the lack of necessary weapons for the effective conduct of hostilities. This may include the absence of self-propelled assault guns. Only KV-2, most of which were lost in battles, and the trophy StuG III can be attributed to them. To fill this vacuum, a self-propelled artillery installation and an “assault tank” based on the T-34 were simultaneously developed. The main weapon was to serve tank howitzer U-11, developed on the basis of the M-30.


In December 1942, the technical department of the People’s Commissariat of Heavy Industry, at the request of the BTU, developed tactical and technical requirements for an artillery reinforcement tank for tank brigades. In this tank, according to the assignment, the hull and chassis of the T-34 tank were to remain. For the new machine it was required to make a new turret, and the 122-millimeter assault rifle with the howitzers ballistics of the 1938 model of the year were to be used as weapons.

Under the cipher U-37, the Ural Heavy Machinery Plant developed cast and stamped towers, which in form and size were close to the T-34 tower, but under the shoulder strap of the KV tank. The X-NUMX-mm howitzer of the U-122 or the 11-mm cannon of the U-85, developed by UZTM as early as 10-1941 by the designers Sidorenko V.Ye. and Usenko A.V. However, already at the meeting of the mockup commission, it turned out that the proposed towers were too small to accommodate the breech of the 1942 or 85 millimeter cannon and three men of calculation. In this regard, the project UZTM was rejected. 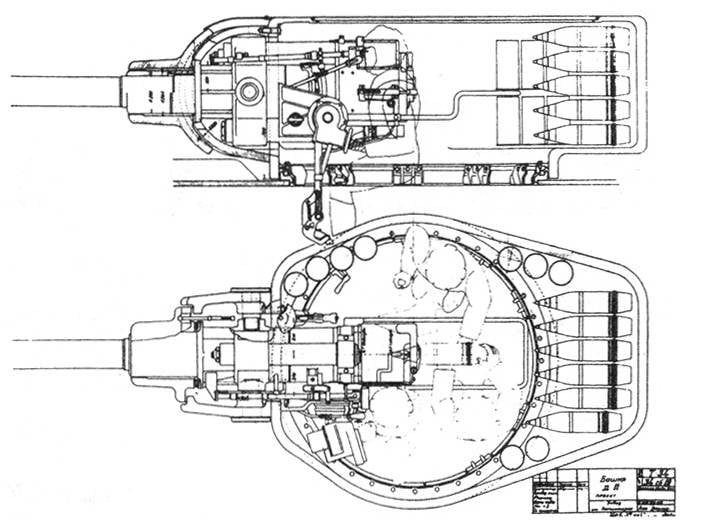 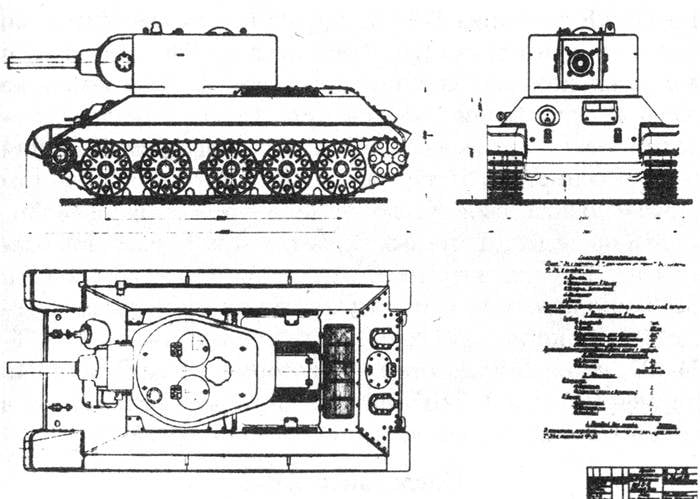 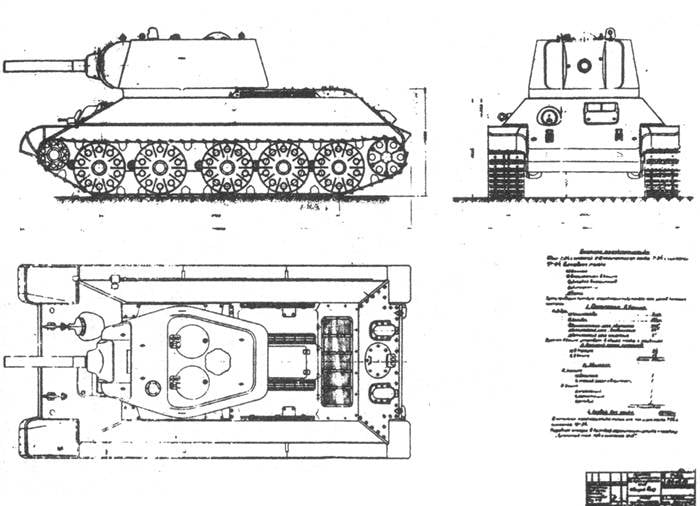 The project of the Central Artillery Design Bureau proposed the installation of 122-or 152-millimeter artillery system C-41. This tower was offered not only for installation on the T-34, but also on the KV-1C. However, the design of TsAKB in the T-34 tower with a shoulder strap with a diameter of 1420 millimeters could not be installed due to the large recoil reaction and excessive dimensions. In this regard, the project for the T-34 was rejected, but recommended for installation in the KV tank.

The most attractive was the proposal of the design office of the plant №9. The design bureau of the plant offered a cast tower with vertical walls of increased height. Part of the ammunition was located in the tower niche. The tank was proposed to arm the X-NUMX-millimeter D-122 assault gun, which was the fruit of technological simplification and refinement of the X-NUMX-millimeter U-6 gun and the unification of parts and assemblies with the D-122-millimeter D-11 gun. In the continuous numbering of the products of the plant No. 85, the indicated tower received the factory index D-5 and could easily rearm with the X-NUMX-millimeter cannon D-9. However, the size of this tower was not enough for comfortable accommodation of three crew members.

The designs of the design offices of the Uralmashzavod and Plant No. XXUMX were discussed for some time at the plenum of the Artillery Committee. So, for example, in order to avoid narrowness in movement, it was proposed that the loader in combination would also be a radio operator and leave his chair only when the tank stopped while shooting was in progress. However, in this case, the machine would be without protection from the attack of the enemy infantry. All attempts to find a way out of this situation were in vain. In the autumn of 9, due to the advent of self-propelled SU-1943 and SU-152, work on the assault tank T-122-34 was discontinued. Experienced assault tank T-122-34 in some documents passed under the designation T-122Sh (assault) or T-34G (howitzer).

Ctrl Enter
Noticed oshЫbku Highlight text and press. Ctrl + Enter
We are
Armored vehicles of Germany in the Second World War. Part of 2. The evolution of the organizational forms, the composition of the Wehrmacht Panzervawe and the SS troops6-I tank brigade. Technique and training
Military Reviewin Yandex News
Military Reviewin Google News
13 comments
Information
Dear reader, to leave comments on the publication, you must sign in.