The first problems of the aircraft carrier "Gerald R. Ford"

January 14 2014
28
The newest aircraft carrier USS Gerald R. Ford (CVN-9) was launched in a solemn ceremony on November 10, at the American shipyard Newport News Shipbuilding. At present, the installation of various systems and equipment is continuing, as well as the verification of the equipment already installed. The ship is scheduled to enter the naval forces in 78 year. 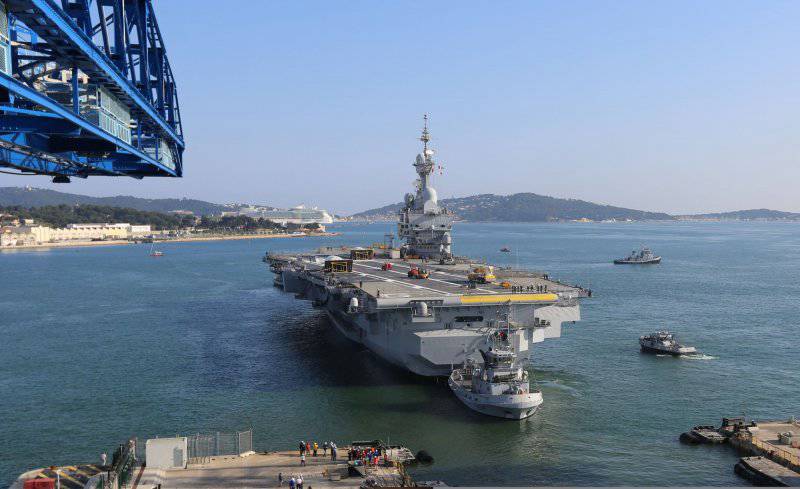 Just two months after the “Gerald R. Ford” left the dry dock of the shipbuilding plant, the first reports appeared in the Western press about his problems. According to the blog BMPD, a few days ago, the journalists of the American edition of The Boston Globe published some of the details of the report that fell into their hands. In this document, the authors of the Pentagon have noted some of the flaws in the new ship that cause the military’s concerns. At least four ship systems are a cause for particular concern: for a number of reasons, specialists lack data on their reliability.

The main concerns of representatives of the military department are associated with the latest electromagnetic catapults and aerofinishers. The available test results of these systems do not allow us to confidently talk about the fulfillment of all requirements for the number of takeoffs and landings. Another system, whose work did not suit the Pentagon’s commission, is aircraft lifters. In their work, some problems were found that could adversely affect the entire combat work of the ship. Finally, the report mentioned problems with promising radar stations designed specifically for the USS Gerald R. Ford aircraft carrier.

Malfunctions in the work of the above systems can lead to delays in the combat work of the aircraft carrier and corresponding problems with the fulfillment of the assigned task. As follows from the published information, existing problems with catapults, arresting gears, air lifts and radar stations can lead, at least, to a noticeable decrease in the intensity of flights. In addition, we cannot exclude other scenarios in which the prospective aircraft carrier will not be able to effectively protect itself and the ships of the strike group.

From the published information it also follows that problems with catapults or radars are not the most serious in the project. So, according to J. Michael Gilmore, who is in charge of testing and evaluating efficiency at the US Department of Defense, a number of systems installed on an aircraft carrier do not meet current standards. In particular, problems of this kind exist in the field of communications. Some ship systems may need to be redesigned.

Despite the mass of negative facts described in the Pentagon report, Rear Admiral T. Moore, head of the aircraft carrier construction program, remains optimistic. He believes that shipbuilders still have enough time to eliminate the existing shortcomings. In addition, Rear Admiral Moore recalls that the use of new technologies is always associated with a host of complex tasks that appear already at the stage of developing a preliminary project.

Publication of excerpts from the report of the US military caused an expected reaction in the community of specialists and those interested in naval issues. Once again, disputes resumed as the pros and cons of the ship USS Gerald R. Ford (CVN-76), and the need for such ships. As before, the parties are in their positions and reinforce opinions with pertinent facts.

It is worth noting that the current disputes around the newest American aircraft carrier after the statements of Rear Admiral T. Moore become simply meaningless. He quite rightly noted that the construction of a new aircraft carrier, like other projects with a great foundation for the future, naturally and expectedly was not without problems. No less logical and fair look Moore's words about the future of the project. Indeed, in the remaining two years, the US Navy and shipbuilding can do a lot, first of all bring the aircraft carrier's problem systems to mind.

Already now, two years before the expected delivery of the ship the fleet, it is clear that the new aircraft carrier will be completed, tested and put into combat combat with the US Navy. The construction of aircraft carriers of the new project is too important a program to abandon it. In addition, a lot of money has already been spent on the development and construction of the lead ship of the type Gerald R. Ford and it will be inexpedient to refuse further work.

It is noteworthy that over the past years the financial side of the construction of a new ship has been the main reason for criticism. This is primarily due to the constant increase in the final cost of building the aircraft carrier USS Gerald R. Ford. Prior to construction, in 2008, the cost of the leading aircraft carrier was estimated at about 8 billion dollars. After two years, it increased to over 10 over billions. In 2012, the ship’s price has exceeded 12 billion. By now, the cost of building Gerald R. Ford is estimated at about 14 billion dollars.

The total cost of the ship significantly exceeded the estimated, which was the reason for the relevant statements and recommendations. For example, the Accounts Administration of the US Congress recommended that the naval forces and the shipbuilding industry reconsider the implementation of the new aircraft carrier construction program. The Pentagon was advised to wait until the industry mastered the new technologies and completed the fine-tuning of the problematic systems. Otherwise, a further increase in the cost of ships cannot be ruled out.

The Pentagon is planning to build an 10 aircraft carrier of a new project. The lead ship "Gerald R. Ford" is scheduled to be commissioned in the 2016 year. The first serial aircraft carrier "John F. Kennedy", according to current plans, will join the combat strength of the Navy at the end of this decade. The tenth ship will begin service in the late fifties.

Overall, the report, excerpts from which were published by The Boston Globe, only shows that the USS Gerald R. Ford aircraft construction project (CVN-78) is not much different from previous similar programs. Construction of a ship with several previously unused systems was expectedly proved to be a long, expensive and difficult task. How successfully American shipbuilders cope with the problems identified can be found out in about a year or one and a half, when the deadlines for completing the construction are suitable and the tests of the lead ship of the new project start.