Foreign weapons in service with the army of Russia: innovation or tradition? 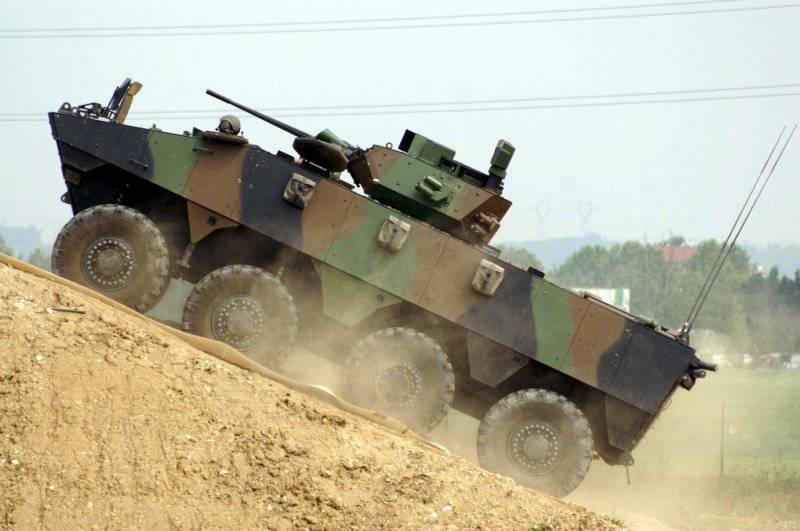 Today, many of us wonder: why is the Defense Ministry planning to buy military equipment abroad? And we are no longer talking about the Mistral landing ship dock launched into the water, but the “spears are breaking” because of the prospect of acquiring French armored vehicles. Moreover, it is planned to purchase not one, but several new cars at once: an eight-wheeled VBCI infantry fighting vehicle, an armored vehicle with anti-mine armor Aravis and a multi-purpose BTR of the new generation TITUS. Accordingly, the attention of the Russian Ministry of Internal Affairs was attracted by such French vehicles as a multifunctional commander armored car intended for the transportation of MIDS prisoners, and also a multifunctional armored car PVP AVP for patrolling and escorting. What is this - innovations of our capitalist era, or ... the old forgotten tradition of the imperial Russian army? 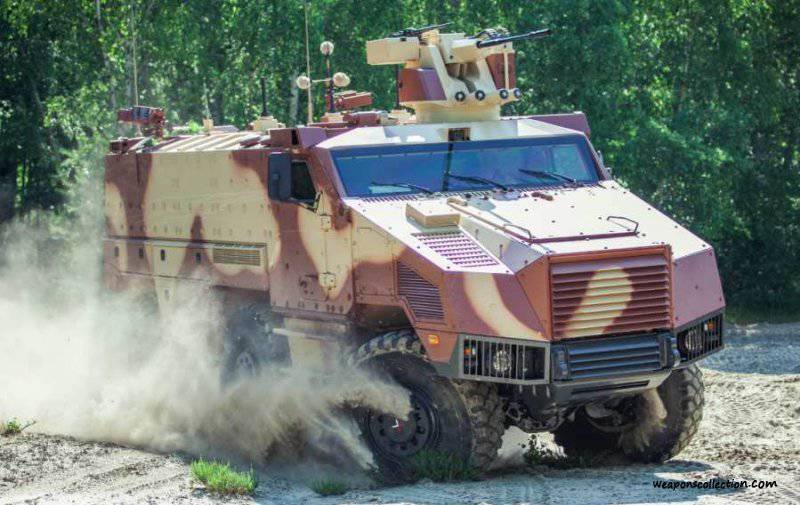 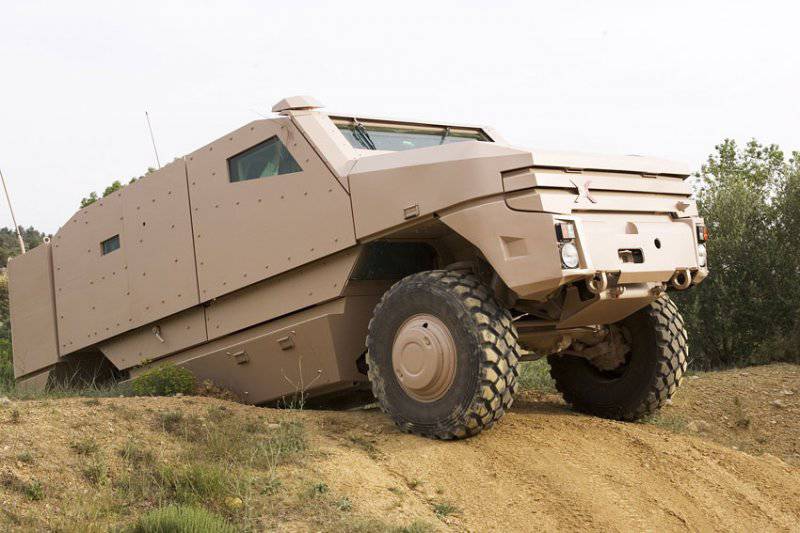 Aravis Armored Car with Mine Reservation

Before condemning our current leadership of the Ministry of Defense, “in an unacceptable way ignoring the interests of the national defense industry,” let us see what the situation was with the Russian weapons - Well, let's say, immediately after the abolition of serfdom and the defeat of Russia in the Crimean War? Yes, we did something of our own and then, "clergy", for example, built on the Black Sea. However, the bulk of the weapons, which was in service with the Russian imperial army and the naval fleetwas of foreign origin! Let's start with rifles - and it turns out that the British and Karl and Terry, the Czech Krk, and the American Berdan also had a hand in arming them with our army in those years. Yes, the Terry rifle was improved by the defective of the Tula arms factory I.G. Norman, but improved, but did not invent from the very beginning. The American Evans rifle with a 24-round magazine was used in the Russian Imperial Navy, and the army, the police, and the gendarmerie were armed for a long time with the American revolvers of Smith and Wesson. In 1891, the famous Berdan rifle was replaced by the famous S. I. Mosin rifle, but it was also developed on the basis of the Lebel French rifle (barrel) and initially even had an 8 mm caliber, only later replaced by a 7,62 mm caliber accepted in Russia. Disputes are still going on about the number of parts borrowed in it from the Belgian Nagan rifle to this day, but what is there to argue when the terms of reference for its development explicitly said: "The barrel is modeled after ... Lebel." But Nagan was honored to become the author of the most popular revolver in our country, so the word "Nagan" became a household word in Russia, as well as the "maxim", a well-known weapon also designed by a foreigner and bought in the years by the Russian War Ministry. And again, someone will say that our engineers have improved the base model and again it can be answered that there would be something to improve!

After the revolution in 1926, a large batch of famous Mauser Bolo pistols (30 thousand units), the so-called “Bolshevik model” with a shortened barrel and grip for the Cheka troops, was purchased in Germany. By the way, the famous TT, as it turned out, was largely copied from one of the browning models, so that even at that time the weapon was bought and borrowed, what can be said about it. And for comparison with samples of domestic designers, single samples of rifles and machine guns were bought, in a word, all the best was bought and adapted accordingly to the Russian reality. Or bought and studied again for improvements and borrowing from others! 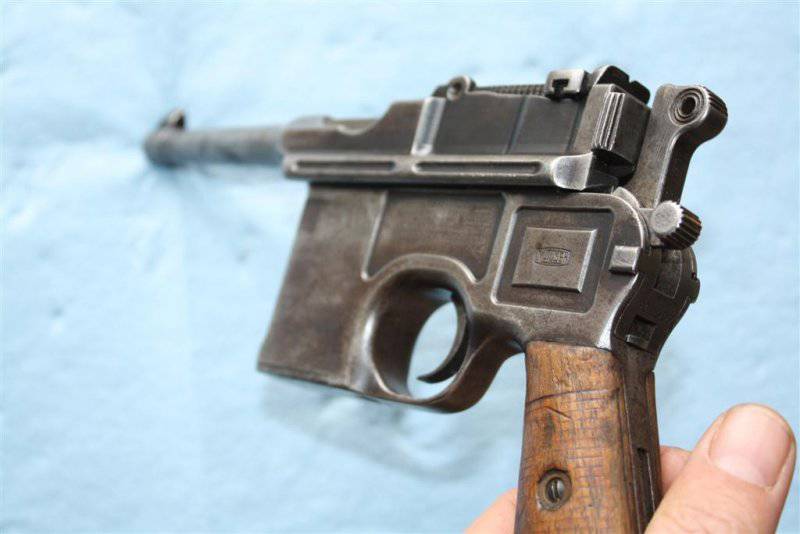 Artillery, as is known, is the “god of war”. However, for many years, yes there years - decades - were in service with the Russian (and Soviet army!) Foreign systems. This “god” was foreign to us! So, all the first artillery guns with a rifled barrel in Russia belonged to the developments of the Krupp company. From 1861 to 1881, at the Russian factories for the Russian army, 2652 guns of various systems were manufactured, and at the Krupp factories - 2232. No wonder that means that Krupp wrote in 1864 year to General E.I. Totleben, that his factory "uses the labor of seven thousand workers, most of whom work for Russia."

At the beginning of the twentieth century, Russia reoriented in the field of artillery from Germany to France. The well-known company "Schneider" put in the Russian army 76,2 mm mountain gun mod. 1909 The well-known 76,2 mm divisional cannon of the Putilov factory, developed by L.A. Bishlyakov, K.M. Sokolovsky and K.I. Lipinsky in 1902, was created by them not from scratch, but on the basis of the French 75- mm field gun arr. 1897 year. Moreover, all subsequent domestic guns of this caliber, both field and tank, were developed on the basis of all the same guns, thanks to which American shells made for the guns constructed on the basis of the same French cannon, which conquered almost half the world, approached Soviet tank guns during the Second World War! 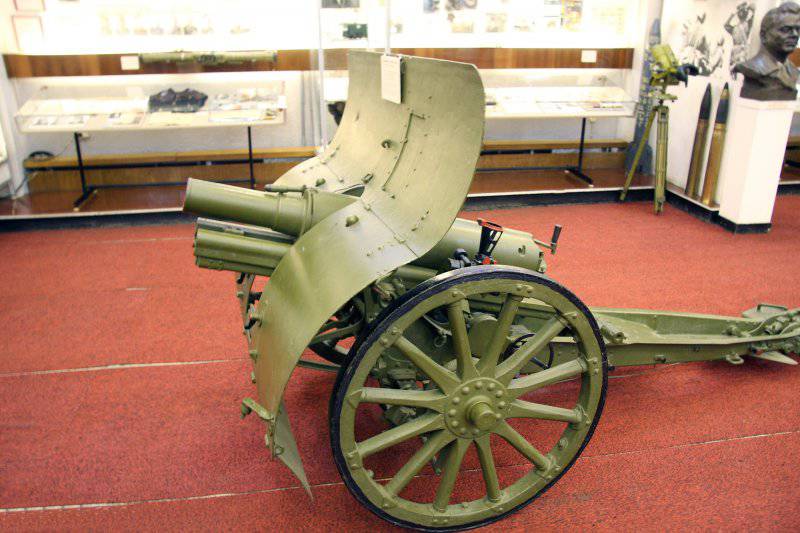 Then Krupp bought 1909 mm howitzers in 122, but then, in 1910 (probably not to offend ?!), Schneider immediately acquired very similar howitzers of the same caliber! And then we upgraded them, and they were actively used until the end of the Second World War! Then, in the same way, we received 152-mm howitzer from Schneider (also two modifications - 1909 and 1910), and from Rheinmetall in 1931 - 152-mm mortar. In the same year, 1910-mm and 107-mm guns, 152-mm howitzer and 203-mm mortar arrived from Schneider. It should also be noted that the entire Russian imperial fleet was armed with 280-mm and 37-mm guns of Hotchkiss, and there were so many shells left that the same 47-mm shells were reground by leading belts up to 47 mm, and this is how this caliber in the USSR and appeared!

During World War I, the Red Army bought and sold 114-mm, 152-mm, 203-mm and 234-mm Vickers howitzers and 127-mm guns, converted into 105-mm. Then the tools for the Red Army began to develop the Czechoslovak firm Skoda (107-mm howitzer Br-305 and 18-mm cannon Br-210) and German Rheinmetall (17-mm anti-tank gun rev.37). Later, the 1930-mm barrel was placed on the gun carriage of the gun and received the famous "forty-five" gunner firing French armor-piercing shells almost until the middle of the Second World War! “Rheinmetall” also put the USSR and its 45 cm Flak anti-aircraft gun, produced from 7,62 to 1932 year!

Also, all mortars according to the “imaginary triangle” scheme in the USSR were developed according to the Stokes-Brandt scheme, and how they got into Russia was not so important. The coastal and naval artillery of Russia was represented by 120-mm, 203-mm and 356-mm guns of the Vickers company, as well as Kane's 152-mm cannon.

Continuing the conversation about the Russian as well as the Soviet navy, it is worth noting that many ships of the Russian imperial fleet, both battleships and cruisers, in particular, the same famous Varyag, were built abroad in the USA, France, England and Germany, well, and the loans for the creation of the Russian fleet in the early twentieth century of Russia were given by France - they did not have enough money for that. Submarines were purchased in the USA from the Lake company, although they were assembled, and then built in Russia, and our designers and workers learned from all of this! For example, on the eve of the war, the fastest ship of the Black Sea Fleet, the leader Tashkent, was acquired from fascist Italy, and the heavy cruiser Lutzov, which according to the first paragraph of the Barbarossa plan, should be supplied to the USSR in a completely inefficient condition. 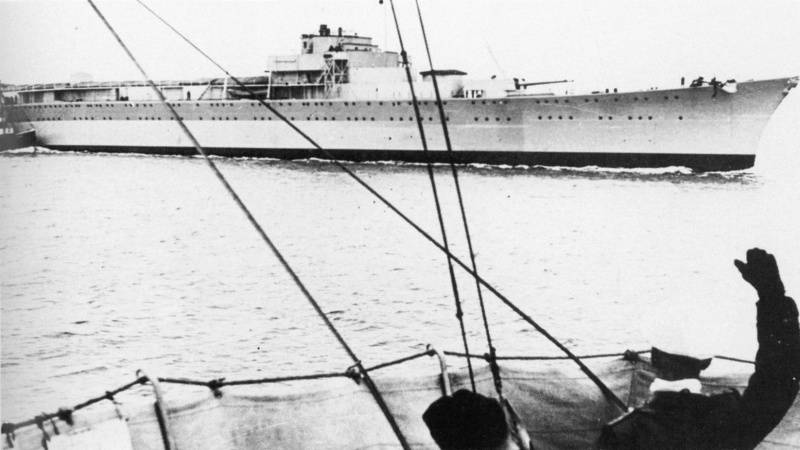 The unfinished German heavy cruiser Lutzow (Lützow, class Admiral Hipper) during towing in the USSR. Laid in 1937 year, launched in 1939 year. In February, 1940 was sold in the unfinished state in the USSR. In April, 1940 was towed to Leningrad. Received the name "Petropavlovsk". Admitted to the Navy Red Army 15 August 1941 of the year. He took part in the defense of Leningrad as a floating battery. Dismissed from the USSR Navy in 1958

All the same should be attributed to the field of aircraft and engine building. Although we had created a unique for its time aircraft - “Ilya of Murom”. The development of domestic armored troops began with the manufacture of a tank based on a captured French machine, and then tank samples were purchased in England and the USA — Vickers, Cardin-Loyd and Christie tanks. And I must say that the most famous, most famous tanks of the 30-s were created on their base. These are the T-26 and the BT-BT-2,5,7 series tanks. Moreover, the T-34 tank also had a Christie-type chassis and traveled through it throughout the war! Heavy KV (and then all other domestic tanks) had a torsion bar suspension of the design of Ferdinand Porsche, the one that was constructed by the Ferdinand self-propelled gun in the years of the Second World War!

Immediately before the start of the Second World War, T-III tanks and a whole range of aircraft models were purchased in Germany, and the Fizler-Storch aircraft was even decided to be launched into the series. After the war, the Soviet Union got the German V-2 missiles and the BMW and YuMO engines, which were stationed on the first Soviet jets. Then in 1946, jet engines were purchased in England: Rolls-Royce Derwent V and Nin, again standing on the next generation of Soviet jet fighters and bombers. TU-4 - the first distant carrier of the Soviet atomic bomb on the direct instructions of Stalin was simply copied from the American B-29. So it was easier, it saved us time, and what's so bad about it? There was so much written about “espionage passions” connected with the creation of Soviet atomic weapons that one could not mention it, but it’s still an example of the fact that we didn’t buy anything in the West anyway otherwise it had!

As you can see, the experience of purchasing modern weapons from Russia is large. Then, however, during the years of the “cold war” we began to do everything, but ... we didn’t succeed in everything, so why don't we return to the time-tested practice again? In any case, there will be something to learn from and from what will then be repelled by our designers.

Ctrl Enter
Noticed oshЫbku Highlight text and press. Ctrl + Enter
We are
First demonstration of the armored NEXTER TITUSIs the "old" well forgotten to become the "new"? Part-2. At the call of honor and duty
Military Reviewin Yandex News
Military Reviewin Google News
77 comments
Information
Dear reader, to leave comments on the publication, you must sign in.