January 6 2014
25
During the Second World War, it was Nazi Germany that had the largest transport aircraft - Messerschmitt Me.323 Gigant. Using this machine, the military wanted to transfer not only light wheeled armored cars and trucks, but also Tanks. At the same time, I wanted to fully realize the capabilities of the aircraft - it was already not interesting to carry out the transfer of the first dancers. A special tank was needed! 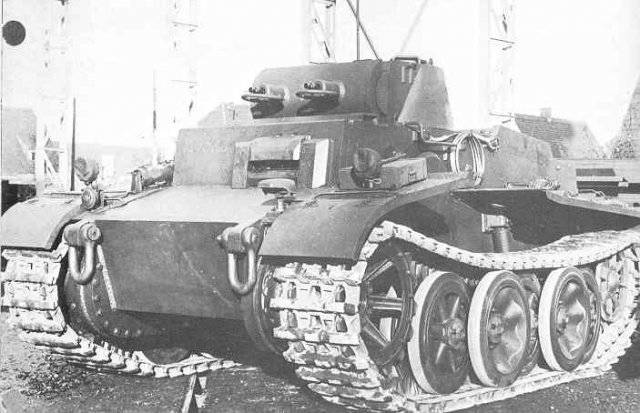 The 15 September Armaments Directorate 1939 of the year decided to develop a light tank that would be suitable for reconnaissance, as well as support for the airborne troops. The latter meant that the tank could be transported using heavy transport aircraft. For transportation it was planned to use a Me.323 transport aircraft or a Me.321 glider. To solve this problem, attracted two fairly strong German engineering companies: Daimler-Benz and Krauss-Maffei. Daimler-Benz developed the hull and tower, Krauss-Maffei - the chassis. By the middle of 1942, they reached the finish line. 1 July 1942 of the company presented to the test machine under the designation Panzerkampfwagen I Ausfuehrung C (Pz.KpfW.I Ausf.C). Although the new tank was designated as a modification of the Pz Kpfw I, in fact, Ausf.C was a completely new machine.

It was a 8-ton speed machine with frontal armor 30 mm thick. This reservation made it possible to withstand hits 20-mm guns in front. Rear and side booking - bulletproof. The tank developed a speed of up to 80 km / h thanks to the Maybach NL 45 P six-cylinder in-line water-cooling engine installed in the rear of the hull (power 150 hp). Transmission - VG 15319, eight-speed (1 speed backward, 8 speeds forward).

The crew of the tank VK601 (Pz I Ausf C) - the driver and commander-gunner. Workplace commander located in the tower. By analogy with previous versions of Panzer I, the tower shifted to the starboard side. Unlike other modifications, this car had a commander's turret. The driver was located to the left of the tank axis. 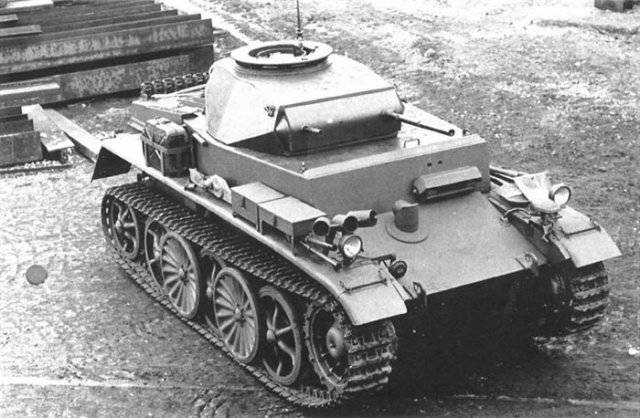 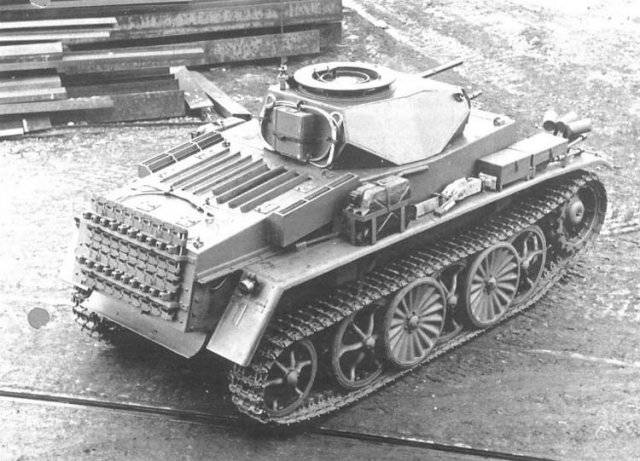 VK601 tank armament consisted of a semi-automatic anti-tank gun EW 141 caliber 7,92 mm and machine gun MG 34 caliber 7,92 mm. Anti-tank gun - an experimental model of the company Mauser. It was released specifically for installation on VK 601 limited edition. "Exclusivity" of this weapons caused the lack of data on these weapons. Barrel length - 1085 mm. The loading was made automatically, the fire was fired by single shots. The ammunition for the anti-tank rifle served as a standard for the Wehrmacht anti-tank cartridge arr. 318. The SmKH bullet, which has a tungsten core, had an initial speed of 1170 meters per second. The kit included a spare barrel (for replacement when overheating). The gun and machine gun were installed in the same mask in the tower. Vertical elevation angle –10 ... + 20 degrees. The turn of the tower is mechanical. The ammunition consisted of 2100 cartridges for machine guns (for 150 pieces in a ribbon) and 94 anti-tank cartridges. 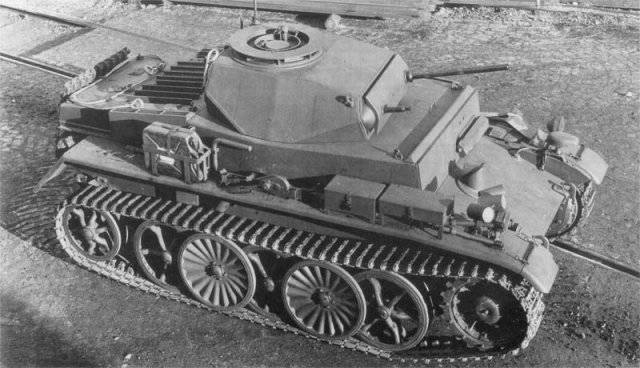 The new tank received a brand new suspension. In the undercarriage, on one side there were 5 rollers without supporting rollers on an individual torsion suspension located in a staggered manner. Drive wheel - front location. 290-mm tracks provide the machine specific pressure on the ground 0,79 kg / cm2.

The driver had a viewing device installed in the front plate and on the left a second viewing device. A turret with 8 periscopes was mounted on the turret for viewing around the tank. In addition, there was a periscope sight TZF 10, used in firing.

Another novelty PzKpfw I Ausf C was a radio station. The standard tank radio Fu 2 or Fu 5 was replaced by Funksprechgerat "a". This radio station provided communication up to 3 km from the parking lot and 1 km on the move.

Apparently, while the design and production of the PzKpfw I Ausf C was under way, the views of the military on the reconnaissance tank changed. Hitler's opinion on the use of airborne troops has also changed. After the German paratroopers suffered heavy losses during the capture of Crete, they were attracted exclusively to carry out special operations. Tanks for special operations are not needed.

In July-December, 1942 produced such tanks of all 40 units. Pz I Ausf C was used in combat in the 1943 year in Russia, as part of the second battalion of the First Tank Regiment of the First Tank Division, where two tanks were deployed for testing by combat. In November-December 1943, they were lost. The remainder (38 machines) in the summer of 1944, was transferred to the backup part of the 58-i reserve tank corps. 6 July 1944. In the name of the corps the word "reserve" disappears as the corps begins to fight with the US-British troops. Tanks took part in battles in France, where they were destroyed. 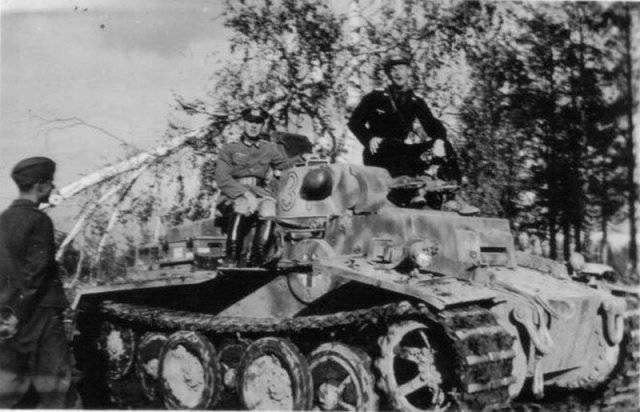 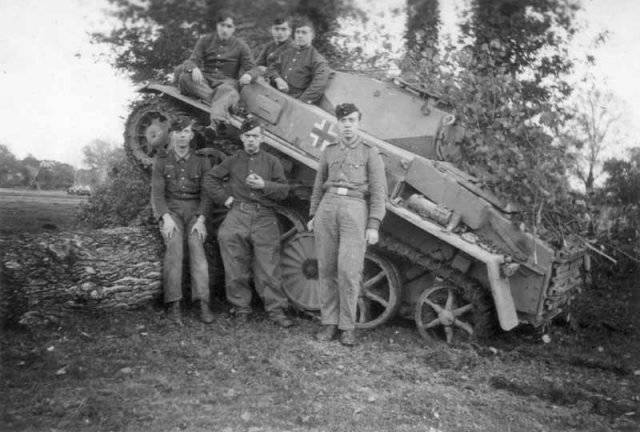 Not a single instance has reached our days.