The UK is open to upgrading options for the Challenger 2 tank. 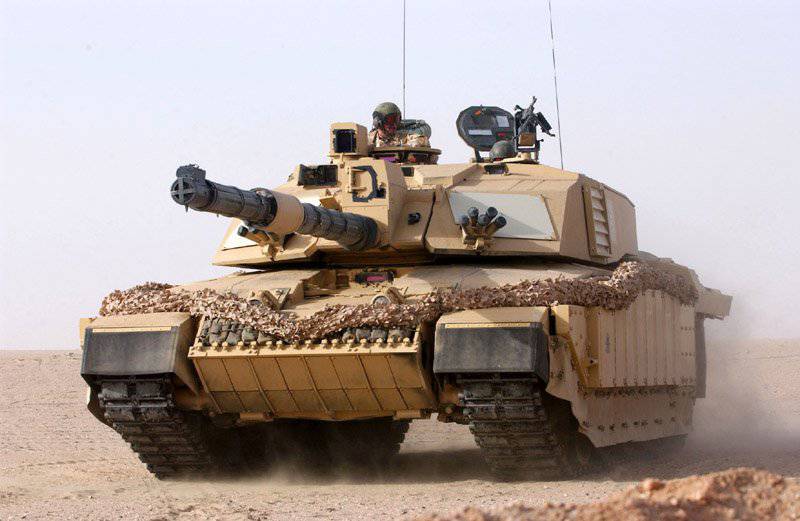 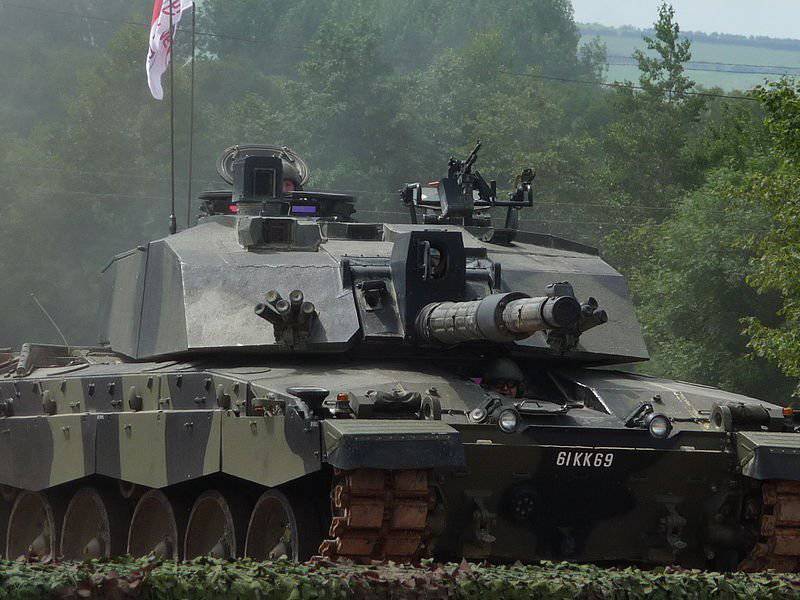 The last time the Challenger 2 tank participated in operations in Iraq in 2009, there it fired with practical ammunition and HESH (high-explosive shells with a crushed head). Very limited amount of ammunition types available for this tanklimits the scope of his participation in current and future battles

Despite official statements, today the door is still ajar for the program to enhance the firepower of the British tank Challenger 2.

Speaking at the Defense IQ International Armored Vehicles 2013 conference in Farnborough, British Army Commander Lieutenant General Adrian Bredsho recognized the usefulness of tanks in Iraq and Afghanistan. There, they successfully and quickly reduced the enemy’s attempts to engage in a battle with the Allied forces to zero, dominating on the battlefields, including through their own long-term functional self-sufficiency and by conducting continuous observation and high-precision fire at elevated ranges.

The British army deployed a Challenger 2 tank with an 120-mm L30A1 rifled gun in Iraq in 2003-2009. At one time, Bredshaw in Afghanistan argued that the British army did not need to deploy the tanks itself - due to the fact that "the coalition partners provided their tanks."
Here he referred to an example with four Leopard 2A5DK tanks, first deployed in Afghanistan by the Danish contingent in the British area of ​​responsibility in 2007. (According to the Danish armored officer invited to the conference, this deployment was carried out despite the initial objections raised by the British Joint Staff, presumably due to the overly aggressive appearance of the tank.)

Like the Leopard 2A6M CAN, deployed by the Canadian army, and the M1A1 Abrams, deployed by the US marines in various provinces of Afghanistan, the Danish tanks are armed with X-guns from the Rheinmetall 120. Between themselves, these tanks could "exchange" programmable high-explosive fragmentation, cluster and inert fragmentation shots in addition to standard universal cumulative (HEAT-MP) and armor-piercing ammunition with a tungsten core.

With the restructuring of the 2020 Army, the British army intends to leave three regiments of Type 56 Challenger 2 tanks, one for the rapid response brigade, and in the future is going to introduce a life-extension program for the LEP (life-extension program) of the Challenger 2 tank, which planned to reach its initial alert in 2022. This LEP program, along with the Warrior BMP life extension program, the Scout reconnaissance vehicle program, and the Utility Vehicle general purpose vehicle program, are generally described as “the cornerstone of the British program for an advanced armored vehicle.”

Recent reports from the British Ministry of Defense and industrial circles suggest that, due to savings, money for upgrading either armor-piercing lethality or weapon systems of the Challenger 2 tank will not be allocated. Such an approach will be necessary to maintain its long-term superior capabilities against the most dangerous threats while maintaining its relevance to the modern battlefield. This correspondence, as shown by Iraq and Afghanistan, is now determined more likely by the relevance of the tank to the tasks of supporting the infantry than by its super armor-piercing characteristics.

Ironically, one of the reasons for choosing Britain at the end of the 70 for their tanks, stabilized with feathering, was a much larger choice of available types of ammunition for rifled guns compared with the choice for a smooth-bore alternative that was just beginning to appear (while crews could choose only of two types: HEAT-MP and armored-pierced feathered with a separable pallet [APFSDS]). After 30 years of reduced resources and the need to act as the sole Western sponsor of ammunition development for the 120-mm rifled gun, the British actually had to reduce the choice of used ammunition to two types: HESH and APFSDS (the British stocks of the latter were not suitable for traditional war because of political considerations, because its core included depleted uranium). On the other hand, at present dozens of types of ammunition are available for users of smooth-bore guns, and from numerous manufacturers.

When asked whether the costs of the Challenger 2 LEP program were pointless, if its principal component, its “meaning”, its weapon system ultimately is not modernized, Bredsho said “this is one of the issues currently under consideration” , but at the same time I would not like to comment on which way the decision can be taken.

One of Bredsho’s advisors, Colonel Harry Fullerton, Assistant Head of the Close Tank Combat Department, told the participants of Defense IQ that although “we should never forget” the traditional (tank-to-tank) threat from enemy armored vehicles, however, became less prevalent in areas where British forces were deployed in the last decade. However, he said that “ultimately we must match our tanks against the threat of a high level,” further noting that the armored capabilities of some non-Western countries are beginning to enter new levels.

Having received the status of the “cornerstone” of future British armored capabilities, the Challenger 2 tank is expected to remain in service until the 2035-2040. However, Colonel Fullerton noted that it would be necessary to wait "a little time" (namely, 2022 of the year) before the means to modernize his combat capabilities will be found.

In the meantime, his obsolescence is “completely controllable,” including by updating the stockpiles of ammunition and modernizing its undercarriage and transmission in order to maintain its mobility. As part of the LEP program, I would like to equip this tank with its electronic architecture to simplify further upgrades (including new surveillance and guidance systems). At the same time, Fullerton acknowledged that for LEP (the program entered the conceptual stage in 2012) there are means that allow us to consider the issues of increasing firepower along with the mobility and protection of the Challenger 2 tank.

The layout of the tank Challenger 2 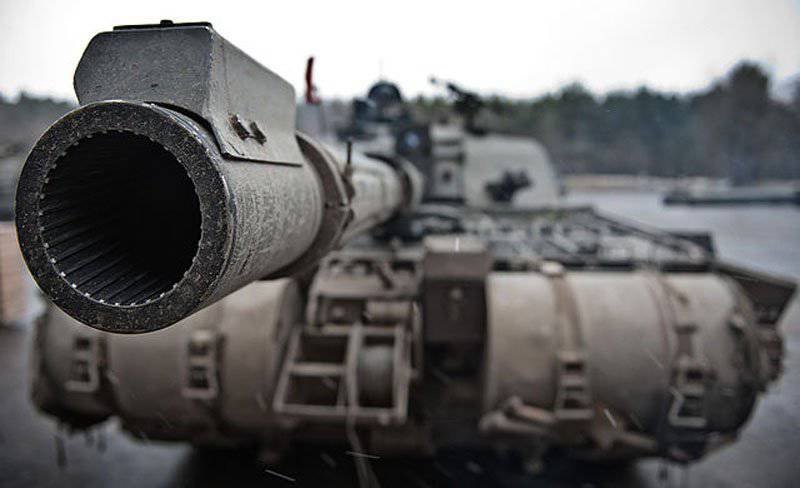 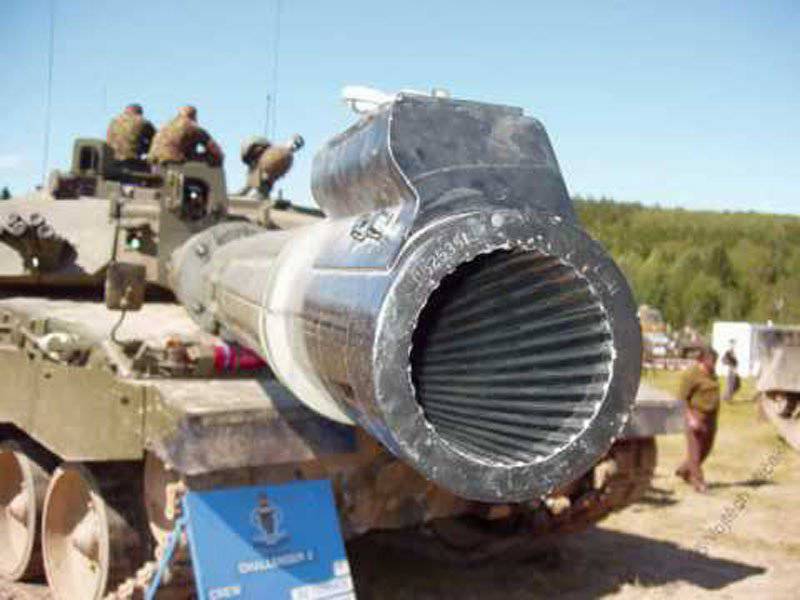 The most probably significant drawback of the Challenger 2 tank is its rifled gun.