Dmitry Rogozin: about Americans, Martians, spy machines and plans for the near future

December 13 2013
80
During the week, the Deputy Prime Minister of the Russian Government, Chairman of the Military Industrial Commission Dmitry Rogozin spoke at the State Duma as part of the government hour. The speech of the Deputy Prime Minister can be called very energetic, and this energy was associated primarily with the modernization of the Russian army and the supply of new high-tech to the troops. weapons. There was quite a bit of Rogozin’s speech and, let's say, information bombs. At the same time, some “bombs” passed within the framework of promises, while others were mated with already held events. 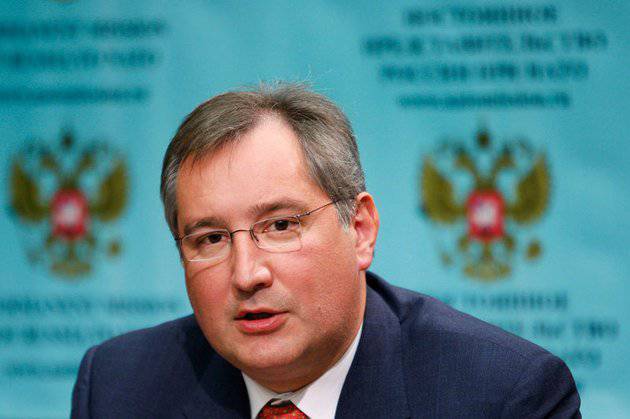 In fairly bright colors, Dmitry Rogozin described deputies of the State Duma, who came to the building on Okhotny Ryad on that day (many lawmakers, as always, for some reason, were absent at the meeting), what prospects did the Russian Armed Forces expect in the near future? the future. According to the deputy chairman of the government, already in 2015, in the Victory Parade on Red Square, not even a modernized, but completely new military equipment will be involved, among which are such models as the Armata, Boomerang or Kurganets. These words of Dmitry Rogozin summoned something similar to, as it was customary to say years ago 35, stormy and incessant applause. The promise evidently appealed to the deputies that the Deputy Prime Minister sent to them. Whether this message was related to the objective reality and capabilities of modern industrialists, or whether it was completely based on the emotions of the vice-premier himself, is not clear. But the deputies liked it, but perhaps the main thing at the government hour ...

From the Duma rostrum Dmitry Rogozin said that at present one of the tasks is the task of reviving and maintaining national brands. As such, the deputy chairman of the government mentioned such world-famous names as “Kalashnikov” and “Yakovlev”. His words that a new aircraft for the needs of civil aviation, today known as MS-21, should be named after the Yak-242, they also provoked an approval from parliamentarians.
Generally speaking, about the speech of Dmitry Rogozin, it is necessary to focus on the fact that, in general, it was perceived by the deputies very positively. According to representatives of even the opposition factions in the State Duma (well, if we really have really opposition factions in parliament today), Rogozin distinguished himself by openly answering various questions, including very sharp ones.

One of these questions was asked by the representative of the faction CPRF in the State Duma Nikolai Kolomeitsev. The deputy from the Communist Party inquired from Dmitry Rogozin why foreign companies, in particular, Americans were allowed to enter some of the companies strategically important for the national defense industry (for example, Energomash in Khimki). And besides, Kolomeitsev asked the vice-premier whether it was time to return the machine tool industry, quote: “under the bosom of the military-industrial complex”?
Answering the first part of the question, Rogozin said that there are no Americans today at the mentioned Energomash:

... about Energomash: there are no Americans there, no lunatics, no Martians, no one. Maybe they were, but with us they are not and never will be. Energomash is a booming, actively developing enterprise of space engine building, a huge need for these machines still exists.

On the issue of changing the subordination of such an industry as machine-tool construction, Rogozin gave something similar to a sensation. According to him, it is necessary to be more active in dealing with the issues of domestic machine-tool construction, since the machines purchased from foreign suppliers can be, for example, turned off completely by using foreign space technology:
We have already had cases of shutting down machines through spacecraft from the United States.

Therefore, it’s just stupid and unsafe to plant your own on other people's machines in the framework of the Machine Tool Building Development program, so that for decades to depend on them for service, repair, and, moreover, not understanding where the information goes from of these machines, and who really has a complete picture of what we produce?

From these words of Dmitry Rogozin, the following conclusion can be made: foreign-made equipment, which is used in Russian enterprises strategically important for the military sector, may turn out (or already turns out) not just technology, but such transmitters of domestic technologies for foreign monitoring.
Sensation? Well, if real evidence of the failure of machines at Russian factories through signals from American satellites from Dmitry Rogozin is available, then it definitely draws on a sensation. Of course, in this case it would be possible to talk about the kind of paranoia of a high-ranking representative of the Russian government, however, in the light of recent events with more than large-scale tapping of subscribers of various networks by American and British intelligence services, machines with “bug chips” no longer look like something paranoid fantastic Moreover, if we consider that in the modern enterprises of the military-industrial complex (and not only the military-industrial complex) in Russia, the overwhelming majority of machines are either foreign-made, or they have foreign components in the form of electronic units and assemblies, then there is reason to think ...
Well, this again, if real evidence of “easel sabotage” among government representatives exists, and the words about turning off machines through spy satellites are not an attempt to warm up the already not cold public interest in the topic.

Another direction of Dmitry Rogozin's statements at the government hour was devoted to the possibility of a response from Russia to the doctrine of the American "lightning strike." Recall that the concept itself in the United States was born about 4's years ago, and is based on the possible use by the United States of the currently developed USAF X-51A Waveride hypersonic missiles, as well as Minuteman ballistic missiles. The idea of ​​the concept of States: the ability to make a non-nuclear strike on any part of the planet for a time not exceeding one hour.

According to the government official, 60 has currently selected very promising projects to form its own security strategy based on the latest rocket weapons, which will implement completely new principles. Rogozin emphasized that in this area it would not be possible to follow the path of endless modernization of Soviet rocket systems, no matter how high-quality they are. The Deputy Prime Minister noted that today Russia clearly lacks a scale designer Sergei Korolev, however, despite this, he expressed confidence that new engineering solutions would not be long in coming.

“I have no right to disclose all the information,” said the Deputy Prime Minister. “But I can say that one of the projects is the preparation of a response to the concept of a global“ lightning strike, ”which is today the main strategy being hatched by the United States.

At the same time, Rogozin recalled that experiments with non-nuclear weapons are good, but Russia also has nuclear weapons, which, in the case of security threats, our country (according to the existing concept) can apply:

One can experiment as much as possible by placing non-nuclear weapons on strategic carriers, but it must be borne in mind that if we are attacked, then in accordance with the doctrine we have adopted, we will certainly in certain situations resort to protecting our territories higher public interest through nuclear weapons.

In general, the speech of the Deputy Prime Minister was intense, and, rather, reminded not a report, but a dense information campaign. Almost advertising ... On the one hand, such live performances inspire optimism, but on the other - it would be great if all the talk about increasing the volume of domestic machine tool industry, about meeting the deadlines for commissioning the latest military equipment, about creating new rocket (nuclear or nuclear-free a) doctrines in contrast to the doctrine of the American - were based, as they say, on real events. One ministerial optimism here, perhaps, is not enough.

Ctrl Enter
Noticed oshЫbku Highlight text and press. Ctrl + Enter
We are
In Ukraine, private companies are engaged in the modernization of armored vehiclesOne army and three opinions
80 comments
Information
Dear reader, to leave comments on the publication, you must to register.