New missiles for the Strategic Missile Forces and foreign reaction

December 9 2013
117
Russia continues to modernize the material part of the armed forces. At the same time with other arms, new missiles and military equipment are received by strategic missile forces. The Strategic Missile Forces are an important part of strategic nuclear forces, and their development is one of the highest priorities. Currently, it is the rocket troops that carry out the main work of nuclear deterrence of a potential enemy. The Strategic Missile Forces account for about half of all deployed nuclear warheads, which is why in the near future this branch will remain the main part of the so-called. nuclear triad. 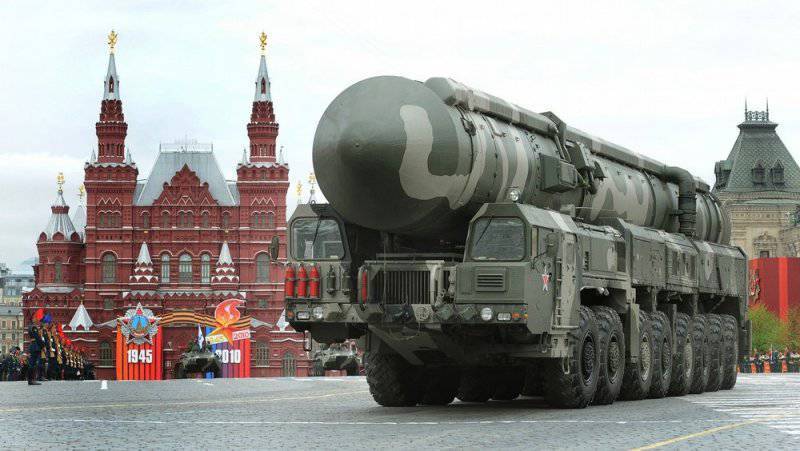 At the end of November, Russian President V. Putin announced some data on the course of the rearmament of the Strategic Missile Forces and on the future of these troops. So, for 2013 a year, two regiments received new Yars mobile missile systems. Next year it is planned to supply more 22 complexes of this model. Over the next few years, Yars missiles should replace obsolete-type items removed from duty. It is assumed that in the near future, the Strategic Missile Forces of Russia will complete the operation of the R-36М2 Voyevoda and UR-100N UTTH missiles. Currently, there are still a few dozen of such missiles with expiring service life in the troops.

Thus, in the near future, three types of missile systems will remain in strategic missile forces: RT-2PM Topol, RT-2PM2 Topol-M, and PC-24 Yars. The share of new missiles will continue to grow. So, in the middle of last year it was reported that the share of the Topol-M and Yars complexes was about a third of the total. For this reason, the continuation of the construction and delivery of new models to the missile troops should accordingly affect the quantitative aspects of the nomenclature of the systems used.

An important feature of the Yars missiles is the split head used on them with combat units of individual guidance. This means that the rocket of the new model, in contrast to the old "Topol" or "Topol-M", equipped with a monoblock head, can attack several targets at once. According to different sources, the RS-24 “Yars” rocket carries from three to six warheads with a capacity of 150-300 kilotons.

It should be noted that the use of a divided head part is associated with some technical difficulties, and also affects the likelihood of the combat mission: when the missile is destroyed on the active part of the trajectory, several warheads will not be delivered to the targets at once. Nevertheless, a separable warhead with blocks of individual guidance is considered a convenient and mass-capable option for equipping intercontinental ballistic missiles.

An interesting fact is that foreign military and specialists watching the updating of the Russian strategic missile forces do not panic. The ongoing supply of new missiles with higher characteristics to the troops is an expected and natural result of the implementation of current programs. Statements and evaluations of foreign experts are restrained and brief. The renewal of the Russian Strategic Missile Forces is called the expected process, which, however, must be paid attention to, maintaining parity in the quantity and quality of strategic weapons and observing the conditions of international treaties.

At the same time, another point of view is being voiced, according to which the leading countries of the world, primarily the United States, should consider the renewal of Russian rocket forces as a cause for alarm. Finally, there are often calls to take action against arming Russia. However, such statements are more like a banal tantrum or an attempt to build out of the blue a sensation in order to raise its rating.

An important feature of the foreign reaction to the rearmament of the Strategic Missile Forces of Russia is the fact that any statements by experts, journalists or people interested in this topic will remain private opinion. Foreign countries, primarily the United States, with which Russia has several treaties in the field of strategic nuclear weapons, have no serious grounds for official complaints. Russia fully fits into the terms of the existing agreements.

In accordance with the START-3 agreement, Russia may have 800 carriers of nuclear weapons, 700 of which can be simultaneously deployed. According to information published this fall, the number of Russian carriers does not exceed 900 units, and less than 500 is on duty. Thus, our country has a solid reserve for the modernization of strategic nuclear forces in general and strategic rocket forces in particular.

In recent years, US officials have repeatedly proposed again reducing the allowable number of nuclear weapons and their carriers. These initiatives did not receive support from the Russian side, which is why in the foreseeable future our country will have to comply with the restrictions imposed by the existing START-3 agreement. As long as Russia fully complies with all its obligations, other states have no reason to accusations.

In case of a similar development of events, foreign nuclear powers need only analyze the state of their nuclear forces, consider ways of updating and modernizing them, and also fulfill the terms of the treaties. At the same time, however, the United States or other nuclear powers will have to take into account the development of Russian nuclear forces and the Strategic Missile Forces in particular. As for Russia, it can calmly continue to implement its plans, but at the same time it must comply with its obligations. As events of recent years show, our country has decided to use this opportunity and upgrade its nuclear shield.

Ctrl Enter
Noticed oshЫbku Highlight text and press. Ctrl + Enter
We are
Missile attack on Europe: myth or reality?Pre-holiday statements by the commander of the Strategic Missile Forces
117 comments
Information
Dear reader, to leave comments on the publication, you must to register.