November 29 2013
15
Next year, the NATO alliance intends to withdraw its troops from Afghanistan. This means that in the foreseeable future, several thousand military from several countries serving as part of the International Security Assistance Force (ISAF) will return to their bases. The withdrawal of troops from Afghanistan is associated with some specific problems. First of all, it is logistics. NATO troops will have to prepare all or almost all the material part and take it out of Afghanistan to the main bases in Europe and the USA. 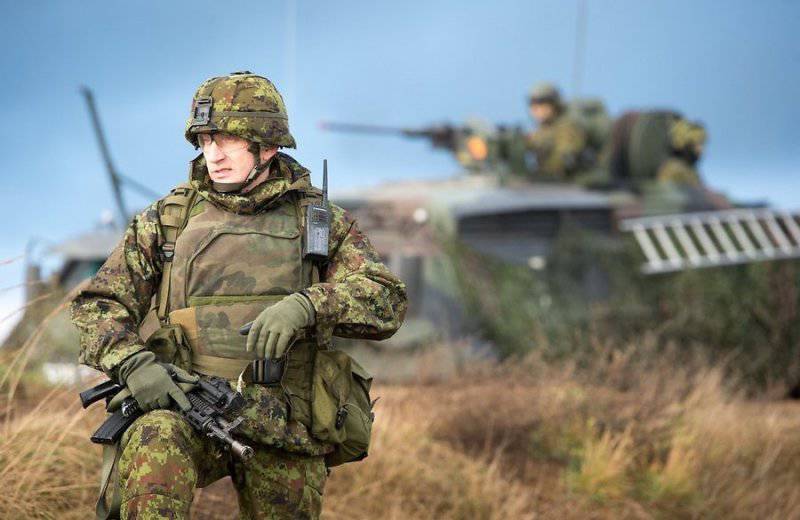 A characteristic feature of the work of ISAF in Afghanistan has become constant clashes with the enemy. Being on the Afghan territory, the soldiers of the North Atlantic Alliance in practice acquired a large number of necessary skills. In this regard, Afghanistan can be considered as a kind of training ground, where not only military work was conducted, but also training of personnel. With all the risks, this method of training soldiers in real conflict is quite effective. After the withdrawal of the ISAF contingent, the NATO leadership should be asked the appropriate question: how to maintain the combat capability of the troops, not being able to send them to a hot spot?

The only way to solve this problem is to teach, including international ones. Such events provide high efficiency training of personnel, but they are not associated with great risk. Wounds or deaths of fighters in exercises are extremely rare, and the command, of course, understands this. This may explain the recent statements by NATO leaders regarding the organization’s future plans. Over the coming years, the North Atlantic Alliance is going to hold several major exercises aimed at developing methods of interaction between the armies of different countries.

It is already known that in the 2015 year, joint NATO exercises will be held in Spain and Portugal, in which it is planned to employ up to 40 thousands of people and several hundred pieces of equipment. These maneuvers will be the largest in a few years. It is argued that the 2015 exercises of the year in the Iberian Peninsula will be the first in a new series of such events. Thus, over the next years, NATO will conduct several major exercises.

In the meantime, NATO troops are training in the framework of smaller events. At the beginning of November, Steadfast Jazz-2013 (“Resistant Jazz-2013”) was held in several countries of Eastern Europe. Several training battles took place at the 11 test sites in Poland and the Baltic, in which about 6 thousands of soldiers and officers, 350 units of armored vehicles, more than fifty aircraft and helicopters, and also 13 ships took part. According to the teachings of the legend, the fighting began after a conditional enemy (a nonexistent state called Botnia) attacked Estonia. The North Atlantic Alliance came to the aid of an ally, and his troops were able to triumph on the land, in the air and at sea.

While the command is analyzing the actions of various units and sums up the exercises held earlier this month, new training events have started in several countries. On November 27, the Cyber ​​Coalition-2013 (Cyber ​​Coalition-2013) exercise began in Estonia. About 400 specialists from 27 of NATO countries and several partner countries take part in these exercises. At the same time, only a hundred specialists must work in Estonia. The rest of the military involved in the fight against a conditional enemy, without leaving their bases. The main goal of the Cyber ​​Coalition exercises is to test the capabilities of NATO troops in countering cyber threats. According to the plan of these exercises, for three days, a conditional adversary in the person of a hacker organization from a fictional country will attempt to attack NATO information networks using all possible methods.

Only two training events scheduled for November of this year vividly show the views of the NATO leadership on how to maintain the combat readiness of the troops. At the beginning of November, ground forces, air forces and naval ships fought together on real proving grounds, and at the end of the month cyber command specialists entered the training virtual “battle”. From this it follows that the North Atlantic Alliance attaches great importance to both direct hostilities and sabotage in the electronic sphere.

Separately, it is necessary to consider the events and statements that accompany the latest NATO exercises. So, shortly after the publication of the main points of the scenario of the Steadfast Jazz-2013 exercise, several representatives of the Russian Ministry of Defense criticized. For example, Deputy Defense Minister A. Antonov noted that the “Persistent Jazz” script is inspired by the spirit of the Cold War. Russia's representative to NATO, A. Grushko, agreed with him, according to whom the November exercises strongly resemble similar events held during the confrontation between NATO and ATS.

Responding to such accusations, representatives of the North Atlantic Alliance, as always happens in such situations, recalled that Russia is a strategic partner. It was especially emphasized that the Steadfast Jazz-2013 teachings will not affect Russian interests in the international arena. Moreover, the NATO command invited representatives of the Russian General Staff to maneuvers so that they could themselves observe their progress. Despite all the reassuring statements by NATO, the latest teachings still left an unpleasant impression.

Exercises aimed at working out counter cyber threats can also be a reason for unfriendly statements. In recent years, the United States has repeatedly accused some Chinese and North Korean hackers of attempting to attack American computer systems. Therefore, the Cyber ​​Coalition-2013 drills (although the conditional adversary, according to official statements, has nothing to do with existing states) can be interpreted differently from what NATO says. However, the representatives of China and the DPRK have not yet commented on NATO cyber attacks.

As you can see, all or nearly all of the latest NATO military exercises are being criticized by certain countries. The main reason for this, perhaps, can be recognized as not entirely successful legends of maneuvers, in which some signs of aggression towards other states are guessed. However, the NATO leadership constantly takes the same position, declaring its peaceful intentions and unwillingness to hurt anyone. Such a position is logical and understandable, but in politics it is not customary to always take a word for it.

Most likely, in the near future, NATO will not change its principles. A conditional opponent in the exercises will continue to represent a fictional country in which experts and the public will begin to look for the features of existing states. The experience of past years shows that such an approach to creating scripts for exercises always leads to the exchange of various kinds of statements. Moreover, the series of large-scale exercises planned for the future (if the scenarios of these maneuvers will be created according to the mastered principle) may also be criticized, which will be facilitated by the scale of the events.

Nevertheless, NATO continues to conduct exercises with ambiguous legends, including at the borders of Russia. The North Atlantic Alliance seeks to maintain the combat effectiveness of its troops and therefore has to regularly organize training events of various scales. Given the plans for the withdrawal of troops from Afghanistan, it is already possible to speculate about the following exercises. Most likely, in the foreseeable future, having lost the “training ground”, which in some ways is Afghanistan, NATO will increase the number of exercises, both large and small. If we take into account the need to prepare troops for action in different conditions, then we should expect new maneuvers at the western borders of Russia.

It turns out that the withdrawal of the International Security Assistance Troops from Afghanistan will have consequences not only in Afghanistan itself, but also in distant Europe. NATO countries will have to rethink the system of personnel training, and the best training grounds in this case will be European training grounds.

Ctrl Enter
Noticed a mistake Highlight text and press. Ctrl + Enter
We are
US nuclear, missile and aircraft test sites in Google Earth imagesThe exhibition of weapons Defense Security and Equipment International in London
15 comments
Information
Dear reader, to leave comments on the publication, you must to register.