November 26 2013
45
When the C-125 air defense system was adopted by the Soviet army, hardly anyone could have imagined that even after more than 50 years, this air defense system would still be of interest and remain in a position to solve the assigned tasks. The complex clearly demonstrated this during the NATO bombing of Yugoslavia, when its invisible F-117 was shot down by its rocket. It should be noted that that episode was provided not only by the high professionalism of the Serb anti-aircraft gunners, but also by a successful coincidence of circumstances. At present, the C-125 complex has been substantially upgraded, the new version of the Pechora-2М system has kept little from its predecessor, seriously increasing its combat capabilities. This complex should primarily be of interest to those states that were armed with various versions of the C-125 air defense system.


However, this initial strategy was radically revised by Rosoboronexport. Initially, the Pechora-2M air defense system in foreign markets was promoted precisely by the countries-operators of the C-125 complex. The manufacturer of the complex "Defense Systems" took orders for the modernization of the Pechora air defense missile system, which were in service with various countries. However, currently Pechora-2M is positioned as a new air defense system, which was developed based on elements of the C-125 air defense system. This decision has allowed to expand the potential sales market at the expense of the states that have never had C-125 in service.

The Pechora-2M air defense system is able to conduct effective combat with all the aerodynamic means of attack of the enemy. It is especially effective in comparison with other air defense systems in the fight against small and low-altitude targets. A new optoelectronic system installed on the complex allows the effective detection and tracking of all types of air targets around the clock - both during the day and at night. To ensure a better level of protection, anti-aircraft guided missiles and active jamming were introduced into the air defense system. 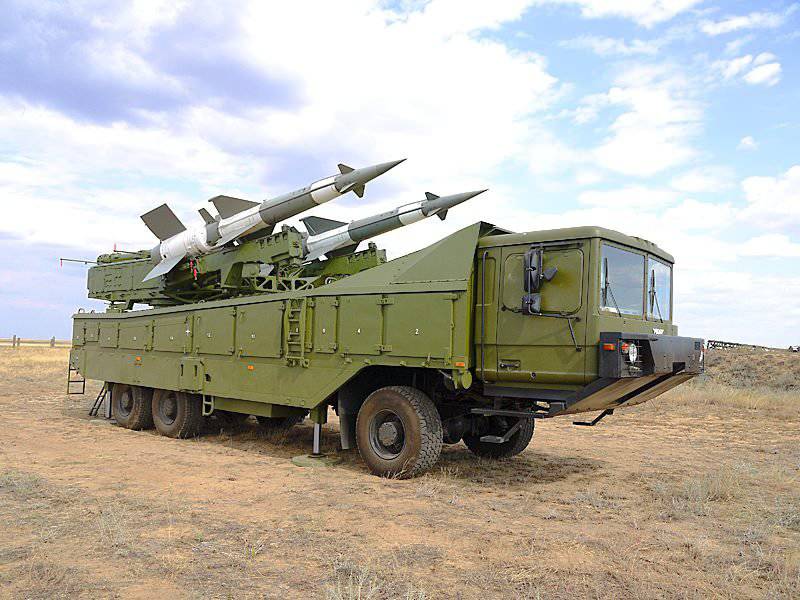 The use of modernized missile systems in the complex made it possible to increase the efficiency and range of aerial targets. Due to the large-scale replacement of the main equipment of the complex with solid-state and digital equipment, it was possible to increase the service life of the complex and its overall reliability, reduce operating costs, and reduce the composition of the crew. The installation of the complex’s facilities on the car’s chassis, the use of modern communications, satellite navigation equipment, program-controlled hydraulic drive of the antenna significantly reduced the deployment time of the air defense missile system to the combat position, and also provided it with the necessary mobility.

LAW "Pechora-2M" has the ability to interface with higher-level gearbox and remote radar using telecode channels. The use of the radio protection complex against enemy anti-radar missiles and the remoteness of the control cabin from the antenna post provide an increase in the survivability of the air defense system on the battlefield. The approach demonstrated by the Defense Systems enterprise during the Pechora modernization allows, at relatively small expenses, to create quite a modern C-125 base weapon.

Currently, the Pechora-2M air defense missile system is a true trademark of Defense Systems. Compared to the Pechora C-125, the electronic filling was changed to 90%. Modern elemental base level 2000-s meets the most modern requirements, ranging from processors used in computers and ending with color LCD displays displaying the air situation. The control cabins of the complex, the antenna post and the PU were able to be spread over a sufficient distance (instead of the previous 70 meters), which significantly increased the survivability of the complex when it was fired by the enemy. Also, the Pechora-2M air defense system has 8 launchers instead of 4-x. In 5, the time between complex failures increased, and the detection range of aerial targets increased in 2 times when an adversary used interference.

The main focus of work on the modernization of missiles was the improvement of the warhead and radio-fuse, the improvement of guided missile guidance methods, the increase in the energy characteristics of the missile propulsion system. On the used XURUM 5B27E there was the possibility of increasing the weight of the solid-fuel charge of the starting accelerator. In the warhead of an anti-aircraft missile, ready-made attack elements are used, the mass of which has been increased by 1,6 times, and the number of elements has increased by 3,7 times. Improvement of the radio-fuse made it possible to reduce the height of its operation to 20 meters, as well as to ensure the implementation of the optimal time of detonation, taking into account the fragmentation field and the fuse pattern.

For "Pechory-2M" in KBSM (St. Petersburg), a new PU was specially developed based on the chassis of the MZKT-8021 vehicle. At the same time, the Belarusian manufacturer of this chassis provided for the possibility of equipping this launcher with an Allison gearbox, a Mercedes engine and foreign tires, which is explained not only by the predilections of foreign customers, but also by the relatively low price of these components. Studies that were conducted at the design stage and were aimed at determining the possibility of transporting missiles on the beams of the 5P73 launcher over rough terrain showed that without cardinal processing and weighting of the PU itself, it would not be possible to transport the 4 SAM. Therefore, it was decided to redesign the four-beam PU in the two-beam. 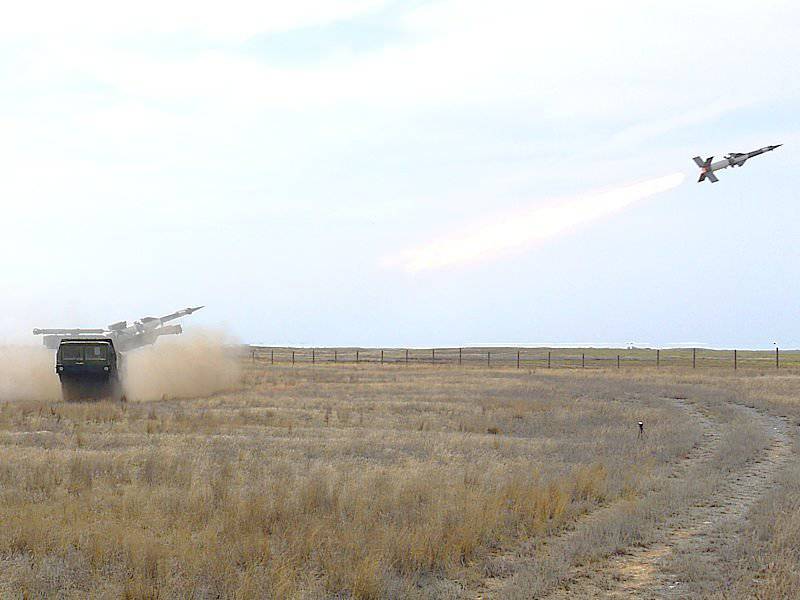 The mass of the self-propelled launcher is 31150 kg, its combat crew is 3 man. On the highway, it can reach speeds in 40 km / h, on dirt roads - up to 20 km / h, while driving on rough terrain - 10 km / h. From a transport position to a combat unit, it is transferred in no more than 30 minutes, usually in 25 minutes. It is assumed that in the future it will receive a set of control equipment, an autonomous source of energy supply, equipment for pre-launch preparation and a radio link to ensure information exchange with the divisional unit's command gear, which will ensure that the PU is carried to the most dangerous direction at a distance of 10 kilometers from the guidance tools. The complex is able to detect air targets with 2 m2 EPR at 7 km altitude, at 69-79 km in a noiseless environment and at 35-40 km with the use of interference, at 0,35 km altitude, targets are detected at 35-45 at a distance and 35-40 km, respectively.

Antenna post UNV "Pechora-2M" was significantly changed. The transmitting device was able to translate into a solid base, which does not imply adjustments. In addition, a thermal imaging channel was introduced, which makes it possible to effectively use the installation at night and in the absence of visibility of the air target (when it is in the clouds) without being released by radio electronic means. The air defense system received modern means of communication, as well as topographical orientation and reference to the terrain with the use of well-known GPS or GLONASS space systems. The used telecode GPS allows to provide automated reception of target designation from external sources of information.

To ensure reliable protection of enemy air defense missile systems from anti-radar missiles such as AGM-88 HARM, which are aimed at emitting an antenna post, a special CRTZ-125-2М radio protection system was specially designed. The structure of this complex includes a control unit and communications OI-125BS, 4-6 transmitters OI-125, an autonomous power supply (220В / 50Hz), spare parts and transport vehicle "Ural-4320". The operation of the complex is based on masking the signals of the antenna post using signals from a group of transmitting devices, provided that the power of each of them is equal to or exceeds the power of the background radiation of the antenna post in a given sector of responsibility. Burst of pulses emitted with the help of OI-125 groups is able to constantly change their parameters within the framework of a given program, placing spatial interference on the enemy’s GOS. In the case of a uniform location of the OI-125 around the antenna post at a distance of 300 meters, the enemy’s missiles are effectively moved to a distance that is safe for the antenna post. During the shelling of the complex in landfill conditions with anti-radar missiles, none of them hit the target. An important factor is that the system КРТЗ-125-2М can be effectively used with any domestic air defense missile system. 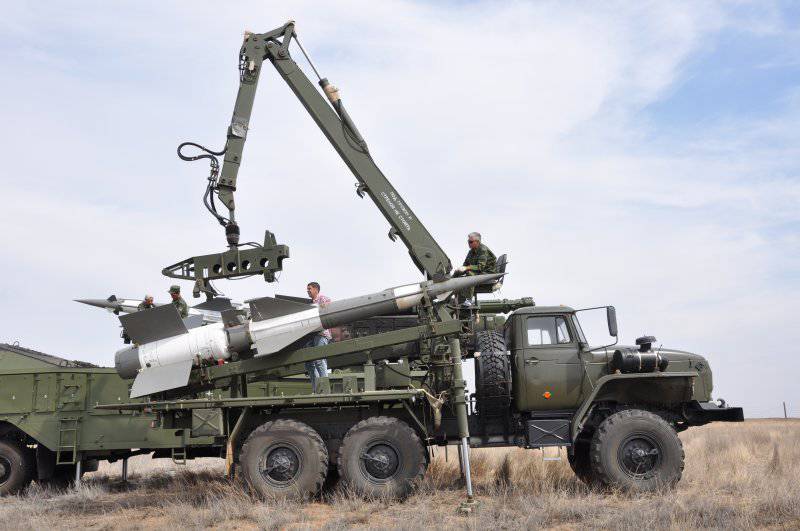 Ctrl Enter
Noticed oshЫbku Highlight text and press. Ctrl + Enter
We are
LAW C-125 in the XXI centurySea Shadow - ship invisible for scrap
45 comments
Information
Dear reader, to leave comments on the publication, you must to register.