Sound can be another weapon at sea

November 21 2013
24
It is assumed that through the use of sound waves, you can overcome the air gap (literal translation of the English air gap) or, to put it another way, remotely hack electronic devices that do not have access to the network. With such an impact, it would be possible to paralyze the control system of the ship. In this case, instead of using a naval blockade or using anti-ship missiles, the enemy could use harmful sounds.


The term “air gap” in the Russian language replaces the much more stable and correct phrase “physical isolation”. Physical isolation is a measure of network security, which is that a secure computer network must be physically isolated from unsafe networks, such as the Internet or any local area network with a low level of security. Physical isolation applies when a very high level of security is required. At the same time, this mechanism may not be an “air gap” in the literal sense of the word. For example, by using separate cryptographic devices that are able to tunnel traffic through unsafe computer networks, without changing the size of the transmitted packets and without changing the volume of network traffic, you can create a communication channel. Even in this case, computers located on opposite sides of the “air gap” will not be able to communicate with each other.

The plans voiced by the Americans on the impact of sound on the ship’s control systems can lead to blocking the actions of the whole fleet. As noted by retired captain Mark Hudgerott, who is the deputy director of cybersecurity at the US Navy Academy, all modern ships are essentially SCADA floating systems. SCADA - systems of general control and data collection, which are able to manage various operations. The possibility of overcoming the "air gap" could threaten a violation of the balance of forces. 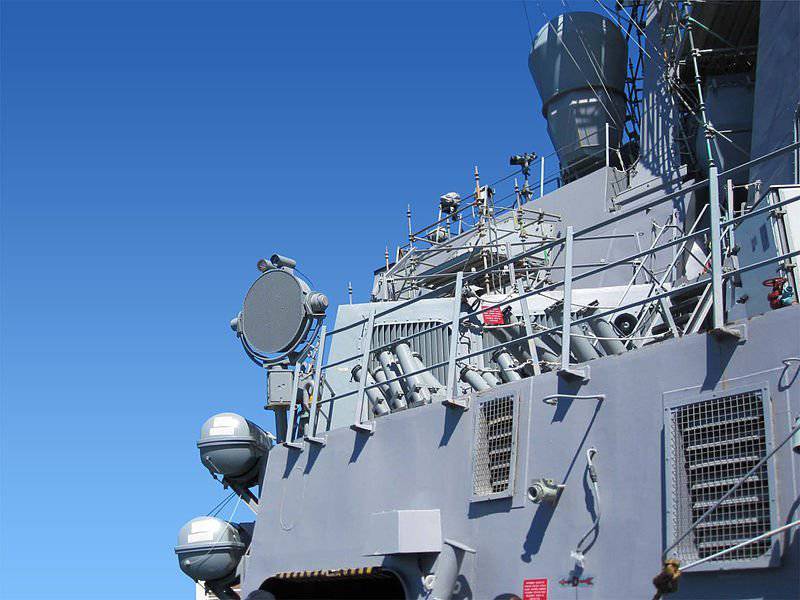 The fact is that sound waves can be converted into electrical signals that have a harmful meaning. It is assumed that a certain acoustic signal is able to damage the speaker membranes, disrupt their work, forcing to generate an electrical signal consisting of a certain set of zeros and ones that can reprogram most of the controlled computer systems of a modern warship.

National Security Institute analyst Peter Singer believes that by paralyzing the SCADA system, one of the parties gains an advantage by having a very effective non-lethal look. weapons for waging war at sea. "For example, the president may say:" Do not allow a foreign fleet to seize certain islands, but also do not let it unleash full-scale hostilities. " It would be enough just to warn the enemy that if he crosses a certain border, the United States will simply click the toggle switch, after which their ships will be able to sail, but will become helpless, while no one will die, ”said Peter Singer.

In terms of impact, such a weapon could indeed be quite effective. After all, even the well-known American-Israeli virus Stuxnet, which is supposed to have been able to cause a malfunction of the Iranian nuclear program and led to the failure of a large number of centrifuges, required fairly close access. Someone nevertheless launched a virus into the system of the Iranian nuclear facility in Natanz, simply inserted a virus-infected flash drive or plugged in a laptop.

It is rather difficult to judge how realistic such weapons are and what the prospects are for their development. But if we take into account that there has not yet been a sufficiently effective development of acoustic weapons, around which today there are more myths than real facts, although the development of such systems has been underway almost since the First World War, one can experience reasonable doubt about this. The current development of non-lethal acoustic weapons include the American system LRAD - Long Range Acoustic Device (long-range acoustic device). The device really works, is available from the 2000 year, but has its drawbacks and, of course, is not able to reprogram something. The main object of the impact of such an installation is man. 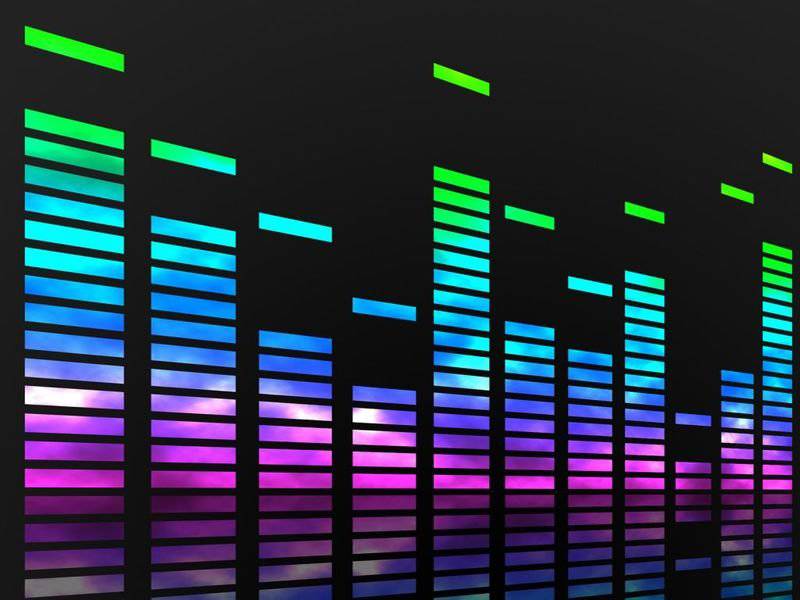 In the autumn of 2005, off the coast of Somalia, pirates in high-speed boats surrounded the peaceful cruise ship “Seabourn Spirit”. The pirates were completely confident of their superiority and demanded that the crew of the ship pull the ramp, but in just a few minutes they were forced to abandon their grenade launchers and machine guns, clamping their ears from unbearable pain. Thus, it was possible for the first time in real conditions to test the acoustic gun LRAD, which was on the liner. LRAD belongs to the non-lethal impact systems that many states have been working on in the last decade. Often, this type of weapon is also called “humane”, since it is intended not to kill people, but only temporarily disable or, at the most, injure. Forms of non-lethal effects on humans can be: electromagnetic waves, sound, bright light, etc.

The very idea of ​​using sound as a weapon is not new, it has occupied the minds of scientists for a long time. Almost everyone knows the old biblical история, which tells about the storming of Jericho, when the Jewish army under the leadership of Joshua loudly screamed and blew into the pipes - and the walls of Jericho went cracked and collapsed. Someone saw the miracle of the Lord in this story, and someone, remembering how avalanches happen in the mountains from the impact of a loud sound and screaming, and in mines and caves collapsed, I was looking for a scientific explanation for this. In the XX century, a number of researchers put forward the version that the collapse of the walls could cause quite a powerful sound signal of a special frequency, which provoked a destructive vibration. Allegedly, the secret of this phenomenon lurked in a special device "Jericho pipes". In any case, in the twentieth century, scientists in many countries were engaged in projects that, in fact, were a real attempt to build modern “Jericho pipes”.

The American Long Range Acoustic Device LRAD is one example of such devices. It was developed by American Technology Corporation back in 2000 year. Its main purpose is to protect ships from attacks by pirates, terrorists, or militant demonstrators. It can also be used to disperse a street crowd, but much more carefully and selectively. Since at sea it is absolutely safe for the crew of the vessel on which it is installed: at sea, the crew are not threatened with an echo. The device uses the power of sound to influence people. LRAD strikes a person with a rather powerful sound - 150 decibels, for comparison: the noise of engines of a modern jet aircraft is estimated at 120 decibels. 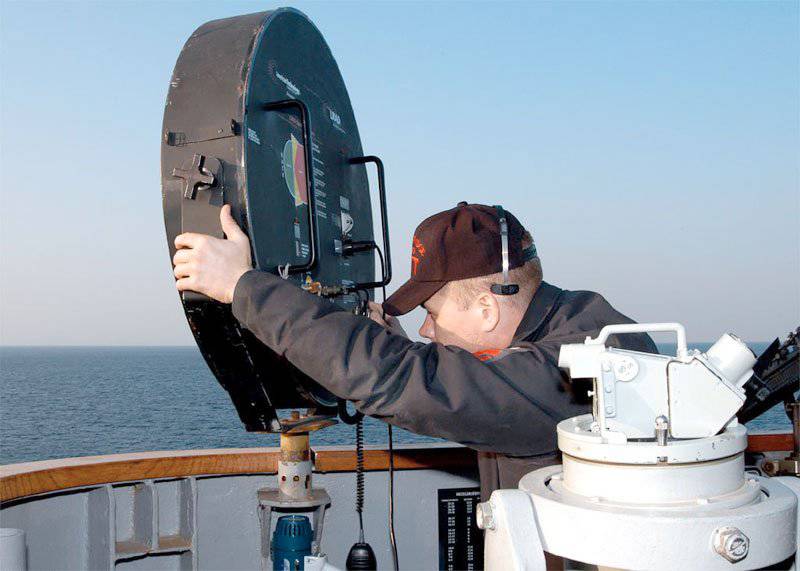 The entire set of equipment weighs about 20 kg and is an 33 inch device (83 cm) in diameter, the LRAD can emit sound in the 30 ° sector. At maximum power, the device generates sound in 146 dB, which can damage a person's hearing and is above the pain threshold for a normal person (120-130 dB). At the same time, the impact force decreases at a distance, at a distance of 300 yards (270 meters) the sound impact decreases to 90dB. The pain threshold parameter is individual for each person. It is on the basis of this parameter, for example, that the volume of the sound amplifying equipment at rock concerts is limited.

At the same time, countermeasures can be used against the use of the LRAD device. In particular, use a variety of passive hearing protection. Such means include noise protection headphones, which are actively used in production or repair. Their use can reduce the sound impact of the device to a minimum. In addition, the sound can easily be reflected from any solid surface and redirected to the radiation source. Therefore, the device is recommended to use in the sea.

This is a big drawback of almost all modern models of acoustic weapons, it can also affect those who use it. Attempts by engineers to create narrowly focused sound sources had only short-term success: under the conditions of testing at an open test site, everything was quite simple, but under the conditions of a modern city, sound waves are reflected from various objects, walls of houses and come back.

Ctrl Enter
Noticed oshЫbku Highlight text and press. Ctrl + Enter
We are
Coalition Forces Network Tactical Information SystemsWeapon 2100 of the year?
24 comments
Information
Dear reader, to leave comments on the publication, you must to register.