November 21 2013
31
The Shpagin submachine gun (PPSH-41) became one of the symbols of the Red Army and the Great Patriotic War. For several years, the Soviet defense industry has manufactured over 6 million units of this weapons, which became the main submachine gun in the army. Despite widespread use, PPSH-41 had some drawbacks. He was considered too heavy (especially when using the drum shop) and uncomfortable for use by the crews of armored vehicles. In addition, the wooden bed was subject to unpleasant phenomena associated with exposure to moisture.

At the very beginning of 1942, taking into account all complaints from the front, G.S. Shpagin created an updated version of his submachine gun. The modified weapon had only one difference from the base model: instead of a lodge with a butt, a removable butt of wood was installed on it. Apparently, the PPSH-41 modernization project was created in a hurry, because of which the prototype of the updated weapon could not pass the tests. From 25 February to 5 March 1942, the Main Artillery Directorate (GAU) conducted a comparative test of several new submachine guns, represented by different design teams. In addition to Shpagin, V.A. Degtyarev, S.A. Korovin, A.I. Sudayev and others. PPSH-41 with a new butt failed the test. Fastening the butt was unreliable and did not suit the military.

After the February and March trials of G.S. Shpagin decided to conduct a more serious modernization of his submachine gun. The purpose of the second PPSH-41 update project was to simplify and simplify the design, completely eliminate or reduce the number of wooden parts, as well as optimize the technological aspects of production. The updated submachine gun was called PPSH-2.

The basis of the PPSH-2 design was a new rectangular receiver, which could be made by cold stamping. The general principles of operation of automation remained the same, but most of the elements of the weapon have undergone noticeable changes. At the bottom of the receiver was attached node, combining the fire control handle, the trigger guard and the receiving shaft shop. On the rear surface of the receiver was provided with a fastening mechanism of a wooden butt, which allowed to remove it. In the future, it was supposed to develop a folding metal butt. Inside the receiver was provided for the storage volume of the cleaning rod. 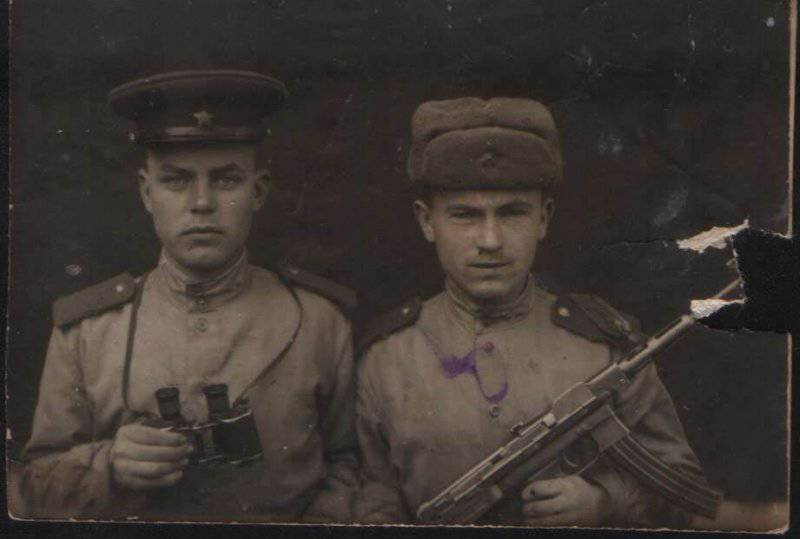 PPSH-2 lost its characteristic barrel casing of rectangular cross section. The new shortened casing closed only a part of the trunk near the receiver and served as a forearm. To compensate for the trunk toss, PPSH-2 received an original muzzle compensator, U-shaped. It was assumed that the new compensator, having a much simpler design, would not be inferior in its characteristics to the system used on the basic PCA-41.

PPSH-2, like PPSH-41, had automatics with a free gate. The design of the shutter and the principle of its work remained the same. The fire was supposed to be conducted from the rear whisper. While pressing the trigger, the bolt was in the rearmost position and, when released, was moved forward under the pressure of the recoil-combat spring. Moving, the bolt seized the cartridge from the store and sent it to the barrel. Drummer was rigidly fastened in the cup of the bolt and hit the cartridge primer when the bolt moved to the extreme front position. When moving back under the effect of recoil, the bolt was braked by a reciprocating-fighting spring and an additional damper made of fiber, after which it was again caught by the sear.

G.S. Shpagin redid the trigger mechanism of the weapon. To simplify the design, and also because of the peculiarities of the combat use of the PPSH-2 submachine guns, it was not possible to fire single shots. This, in particular, made it possible to completely remove several parts of the fire translator from the construction. Another way to simplify the design was the new fuse. Its functions were performed by a shield of a special form, located on the right side of the receiver. This shield could close the ejection window of the sleeves and the slit of the bolt handle, as well as block the latter in the front or rear position. There were two slots for locking in the shield.

The complaints of the front-line soldiers caused the rejection of the drum shop. PPSH-2 could only use boxed magazines with a capacity of 35 cartridges. The upgraded submachine gun had a receiving shaft shop that did not allow the use of stores designed for PPSH-41.

The PPSH-2 sights consisted of a fixed fly on the trunk, behind the compensator, and a spring-loaded rear sight. The latter allowed to conduct aimed fire at a distance of 100 and 200 meters.

The aim of the deep modernization of the Shpagin submachine gun was not only to improve the fighting qualities, but also to optimize the production technology. Compared with the base model, the new PPSH-2 was even easier to manufacture. All metal parts, with the exception of the barrel and bolt, could be stamped from steel sheets. Weapons were assembled by riveting and spot welding. Thus, the most time-consuming element of the design was a wooden butt of complex shape. However, plans for the further development of the project included the development of a folding mechanical butt, more simple to manufacture.

PPSh-2 and several other new submachine guns were tested by the GAU commission from April 26 to May 12, 1942. The technological side of the new project immediately received the approval of the commission. In addition, the weapon was praised for the rate of fire, which had decreased to an acceptable level. However, other features of the promising submachine gun did not suit specialists. So, accuracy in short bursts was considered insufficient, and when shooting without using a stock, this parameter went beyond reasonable limits. The reliability of the PPSh-2 was reduced due to thickening of the lubricant in the cold, as well as due to the ingress of sand into the receiver. The original muzzle compensator effectively performed its tasks, but at the same time gave too much flash. Because of this, PPSh-2 could not be used for firing from tank.

Despite the reduction in the number of parts used, PPSH-2 did not become lighter than the base model. The curb weight of the updated submachine gun remained at the same level. The weight of the weapon with the equipped magazine and the additional set did not fit the requirements of the customer.

As a result, the total number of shortcomings, for the correction of which there was no time, exceeded all the available advantages. G.S. Shpagin tried to correct some design flaws, but, as subsequent events showed, the PPSH-2 submachine gun did not suit the military in an updated form. In June, 1942, GAU conducted troop test submachine guns, which helped to make the final choice. The Commission recognized as the best submachine gun Sudayev PPP, which soon entered mass production.

According to the results of comparing several samples, G.Shpagin stopped work on the PPSH-2 project. Until the end of World War II, the PPSh-41 remained the main submachine gun of the Red Army. 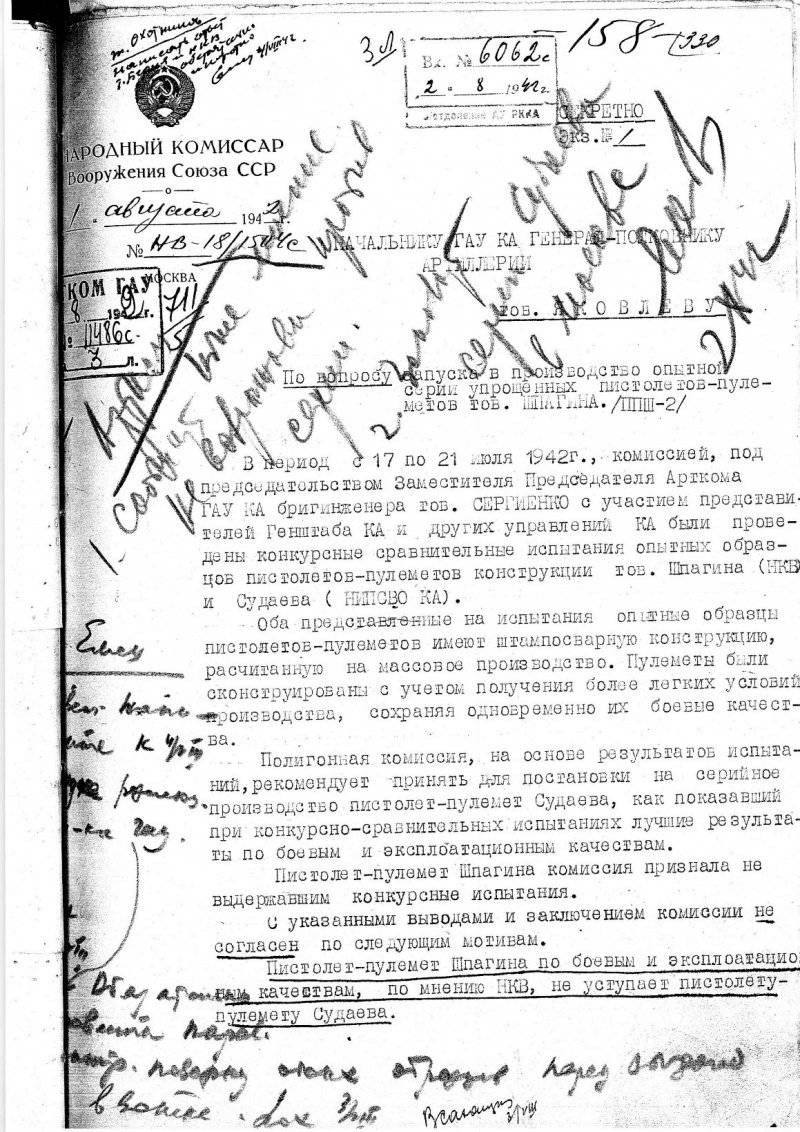 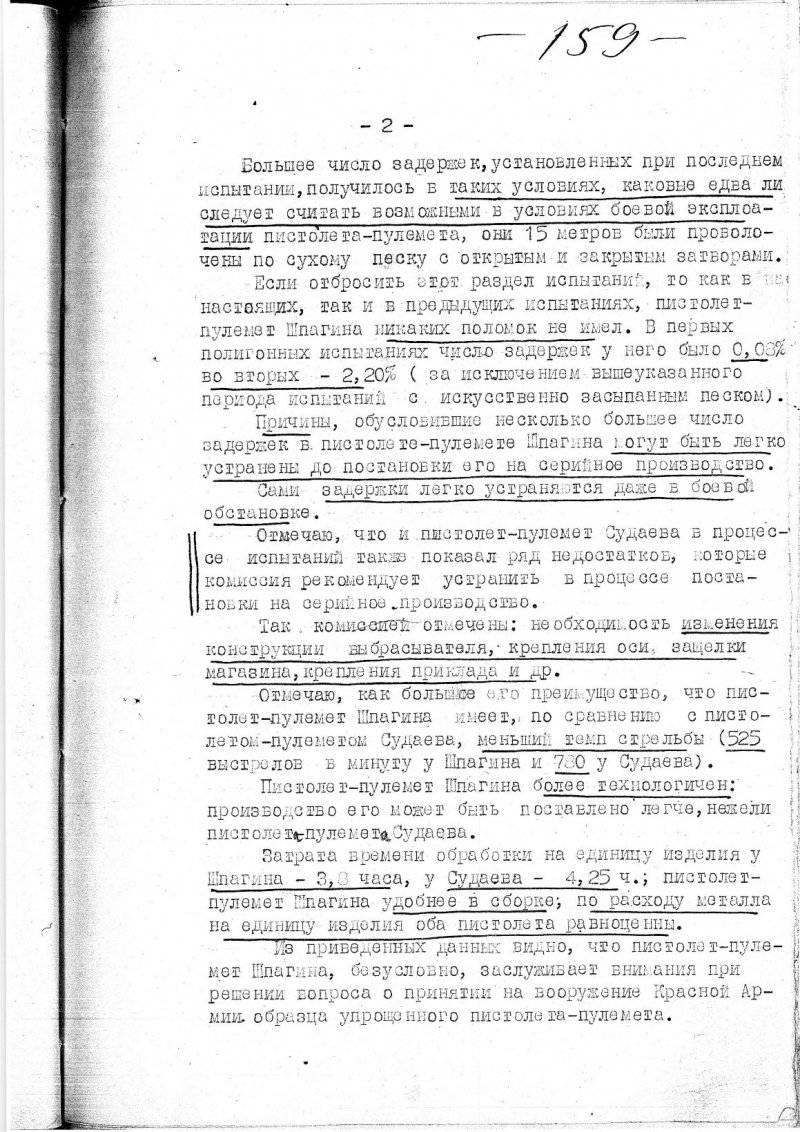 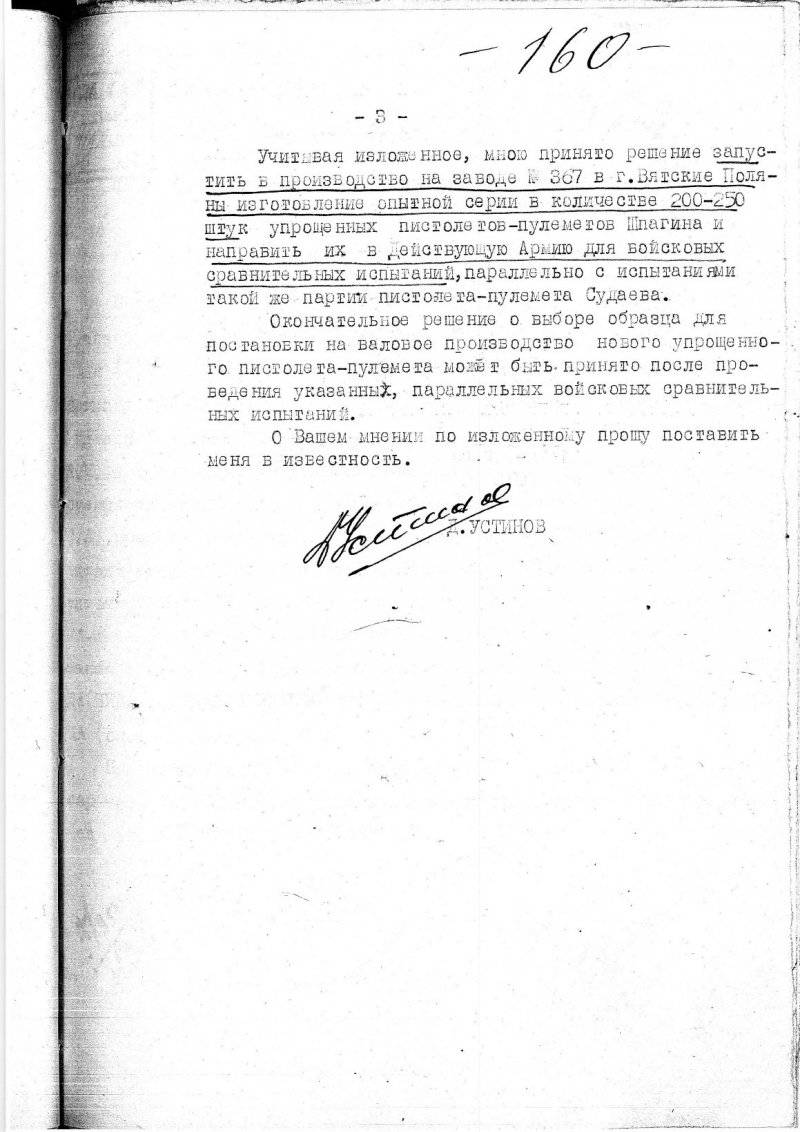 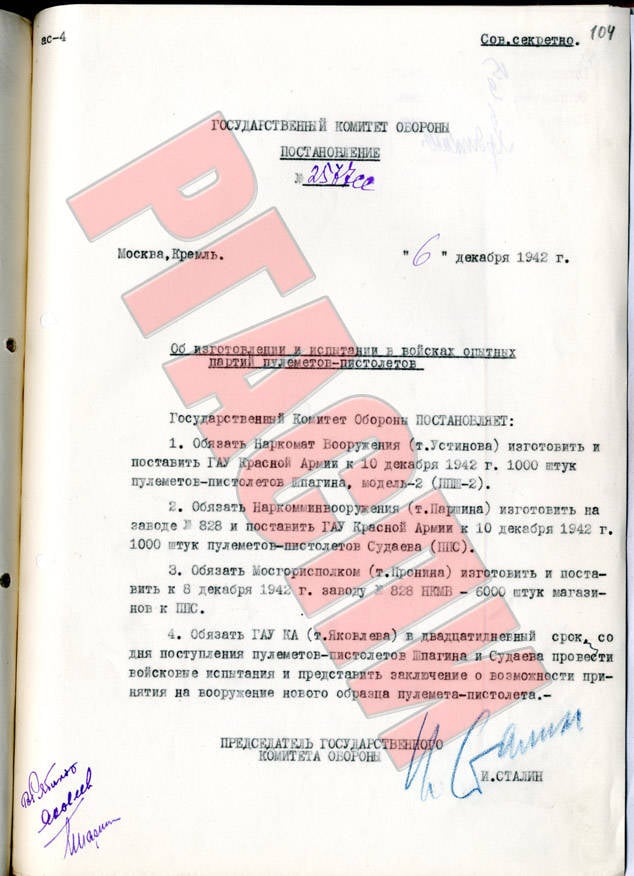