November 19 2013
30
In late October, foreign media reported on the plans of the South Korean military department. With reference to representatives of the Ministry of Defense of South Korea, it was stated that up to 2036, the naval forces of this state would receive two own aircraft carriers. In addition, the South Korean military intend to strengthen its fleet in the medium term by building several ships of various classes. As a pretext for this modernization of the Navy, the threat from the DPRK and other neighboring states was called.


Already by 2019, the shipbuilders of South Korea can complete the construction of the second universal amphibious assault ship of the Dokdo type in accordance with the revised project. It is proposed to equip the ship with a springboard, which will allow it to be used as a light aircraft carrier with short or vertical take-off aircraft. Besides, it is possible to start building another landing ship of a similar class with characteristics at the level of foreign ships of similar purpose. 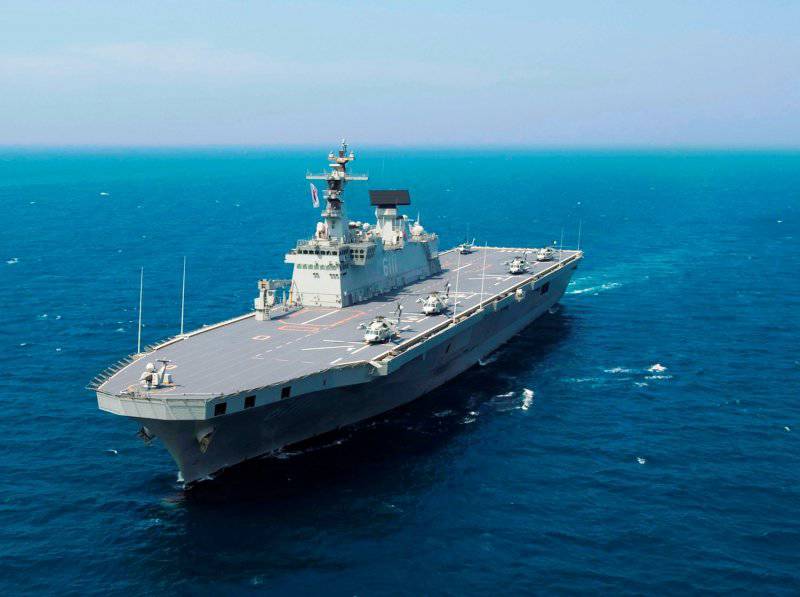 However, the most interesting step in the modernization of the naval forces are the intentions to develop and build one or two aircraft carriers. Currently, only a few countries have ships of this class and the expansion of this list attracts the attention of specialists and amateurs of military affairs. Some details of preparations for the creation of the project and the construction of the ship are already known, which allows us to draw some preliminary conclusions.

At the moment, all the work on the project of a promising aircraft carrier concerns the preliminary study of the appearance and the study of industry opportunities. In October last year, the National Assembly (Parliament) of South Korea approved amendments to the military budget for 2013, which, inter alia, provided for the costs of studying the prospects and feasibility of the development and subsequent construction of ships with aviation group. It should be noted that such amendments were not the initiative of the military, but appeared at the insistence of the parliamentary Committee on Defense. The deputies of the Committee maintain contacts with the military and therefore probably went to meet them. 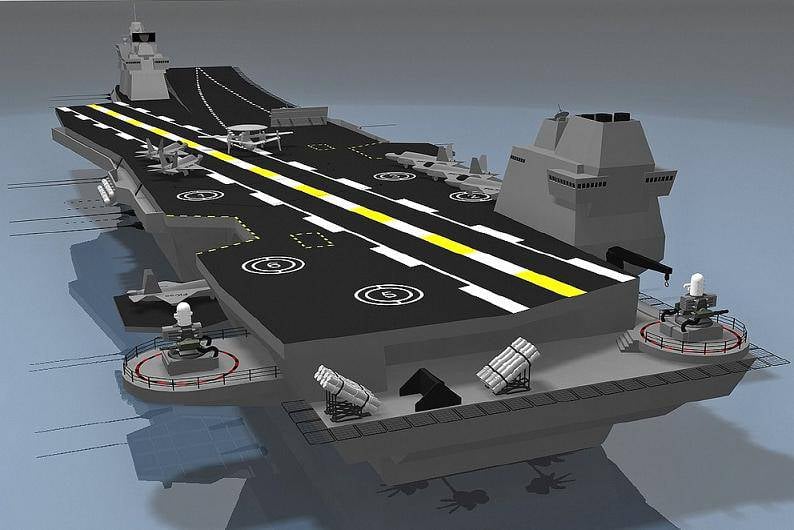 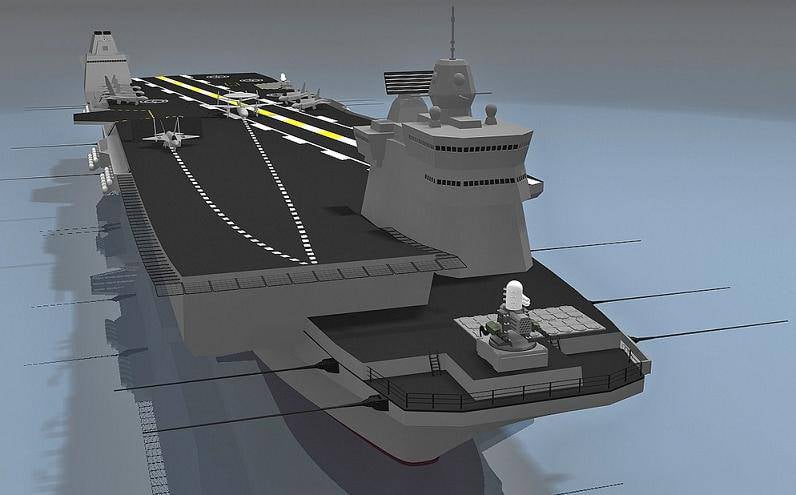 For work planned for 2013, the National Assembly allocated 100 million won (about 93 thousand US dollars). This money went to support the work of the special commission, which examined the current state and prospects of the country's Navy and its potential adversaries. To date, experts have come to some conclusions. So, recently, the South Korean military are increasingly talking about the need to build a light class aircraft carrier. In addition, in the foreign press it is argued that now a special commission is studying the concept of the use of light aircraft carriers.

Creating promising aircraft carriers, most likely, will go in three stages. During the first stage, it is planned to complete the construction and commissioning of the Navy’s second universal amphibious assault ship of the Dokdo type, equipped with a springboard and equipment necessary for the basing of carrier-based aircraft. The second stage involves the continuation of work on amphibious ships capable of carrying aircraft for various purposes. The new UDC can get a developed set of equipment to support the operation of aircraft of various types. Finally, in the middle of the next decade, the construction of a promising aircraft carrier could begin.

All information about the possible technical appearance of new aircraft carriers is literally limited by a couple of assumptions. The promising South Korean aircraft carriers may look like the Italian ship Cavour. In this case, the displacement of new ships will reach 30 thousand tons, and in the hangars and on the deck will be able to accommodate up to 30 aircraft. 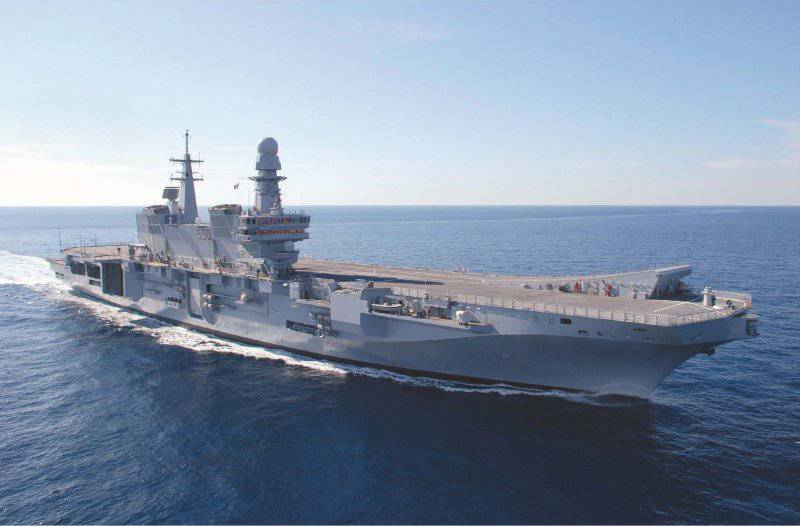 The big questions are the composition of the aviation group of the new ship. South Korea does not have its own developed aviation industry capable of developing and building deck-mounted aircraft. For this reason, there are already speculations about the possible purchase of aircraft abroad. In this case, probably, the South Korean aircraft carrier will carry American-made aircraft. Given the timing of construction and the start of service, we can assume that the South Korean pilots will have to use the American Lockheed Martin F-35C Lightning II fighter-bombers. 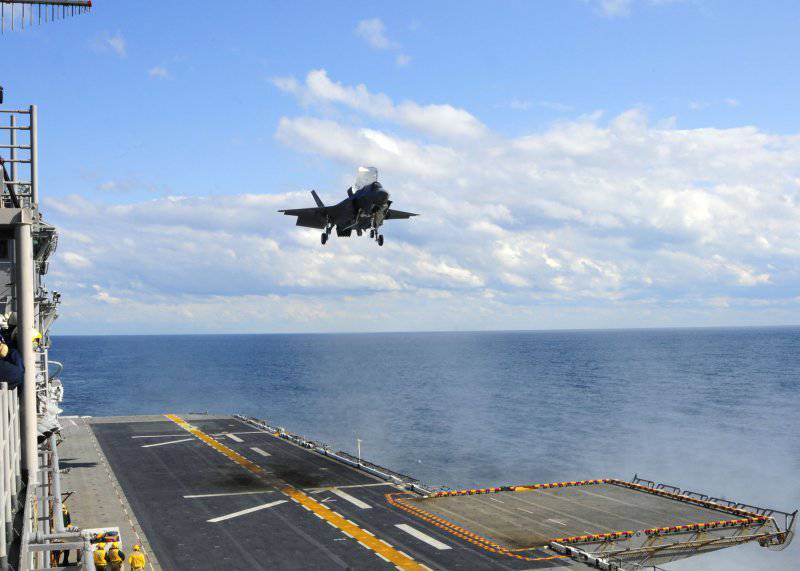 Separate consideration is the political subtext of South Korean plans for the construction of aircraft carriers. South Korea has strained relations with several of its neighbors in the region. Therefore, the reason for the construction of aircraft carriers in the form of a possible threat from the DPRK or China looks quite realistic and justified. North Korea, to the best of its abilities and capabilities, is trying to develop its armed forces and is considered the main geopolitical opponent of its southern neighbor. Moreover, it is precisely certain aggressive plans of Pyongyang that are announced as the main reason for the rearmament of the South Korean army.

It is noteworthy that Seoul is leading several territorial disputes with neighboring states. In addition to the longstanding enmity with the DPRK, he argues with Japan over the Tokdo archipelago in the Sea of ​​Japan, and also tries to take Iodo Island away from China. The latter, however, is an underwater rock, which makes territorial claims at least strange. Finally, several countries immediately argue with each other about exclusive economic zones.

The construction of aircraft carriers so far can be attributed to the distant future. In the meantime, the South Korean military and shipbuilders intend to implement other projects related to the renewal and modernization of naval forces. Before 2023, it is planned to order the construction of three new destroyers equipped with the American-made Aegis combat information and control system. Next, the Korean industry should start building six destroyers of the new KDDX project with a displacement of about 5900 tons and modern guided missile weapons. Before 2026, the South Korean Navy should receive at least two dozen FFX frigates. 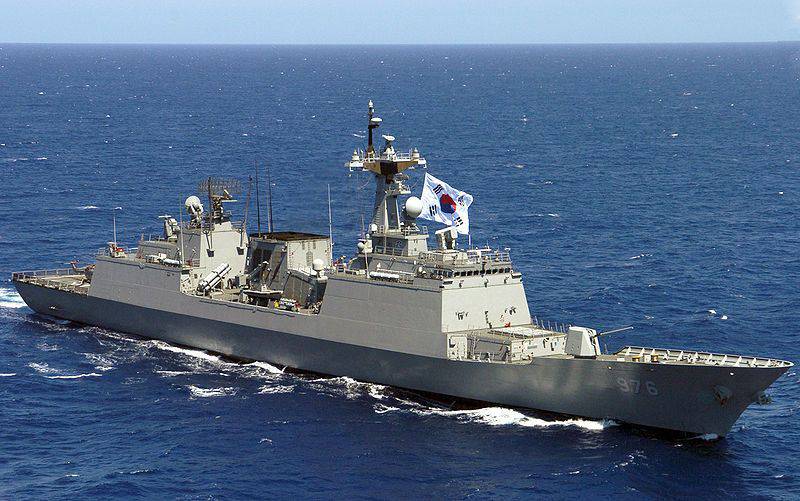 In the near future, South Korea intends to build several diesel-electric submarines of the “214 Type” and KSS-III projects. Introduction to the Navy of the second type of boats with a displacement of about 3 thousand tons will allow you to attack targets using cruise missiles with a range of up to 1500 km.

It is also supposed to upgrade naval aviation. As part of this program, South Korea is going to purchase a certain number of aircraft and helicopters for various purposes. With the help of this technique, the Navy will be able to more effectively patrol waters and search for enemy submarines.

It must be admitted that the plans of South Korea for the construction of new aircraft carriers are the most interesting item in the long-term program for the development of the Navy. However, the South Korean military intend to actively develop other areas. The reason for such activity in the modernization of the armed forces in general and the Navy in particular can be considered the general situation in the region. Several countries are actively developing their armies and fleets at the same time, which is why South Korea is also forced to pay great attention to its armed forces. In the long run, all current processes of this kind can take many different forms, including turning into a real arms race. In this case, the leaders in this race will be China and, possibly, Japan. South Korea and other East Asian countries will have to catch up with them, creating new weapons and equipping them with army and navy.