Ukrainian modernization of the MLRS 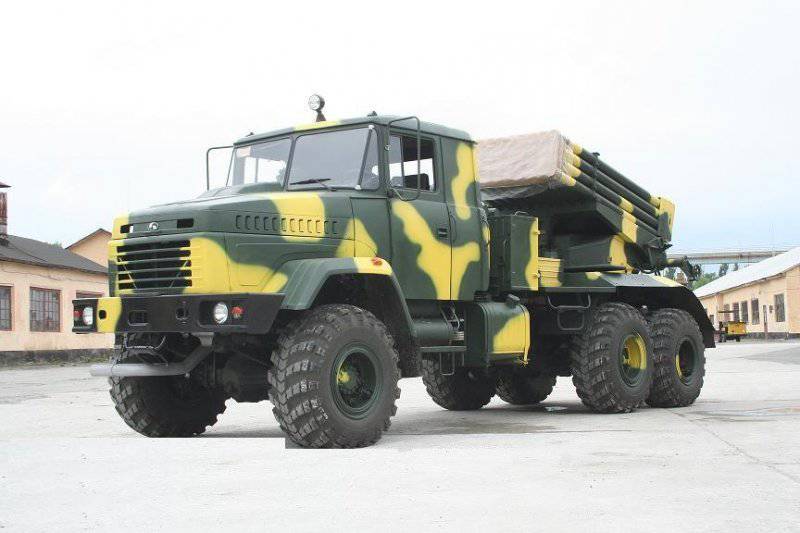 
Modernization of the above complexes is carried out by installing the artillery unit (guides) removed from the BM-21 which were in storage or removed from the air force of Ukraine to a new KrAZ chassis.

The overhaul of the BM-21 part art is made by the Shepetovo Repair Plant GP. In the modernized version of the BM-21 Bastion -1 (2), the combat characteristics of the complex are improved by using new ammunition - which allows shooting to 40 km 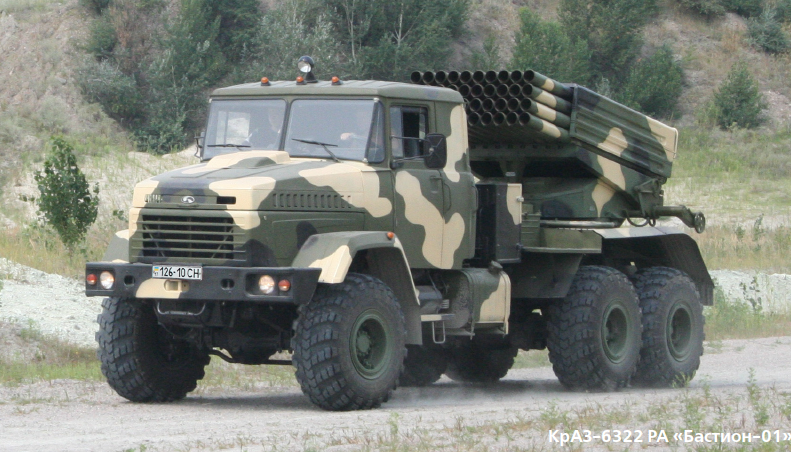 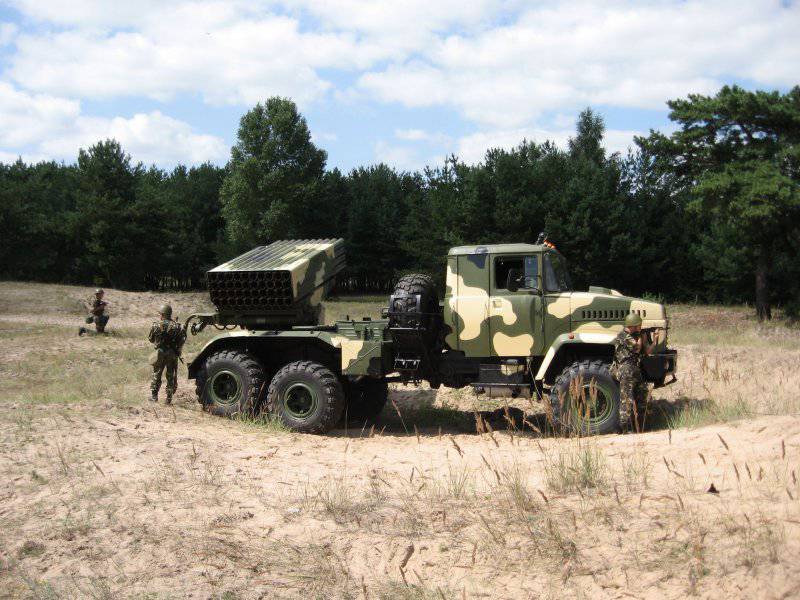 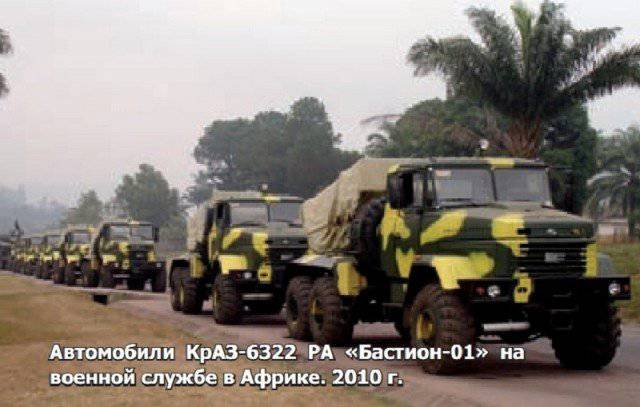 "Bastion-1" in the Armed Forces of Iraq: 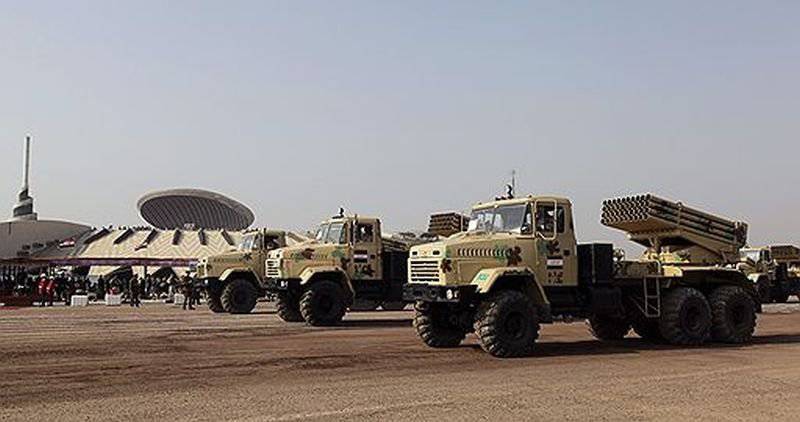 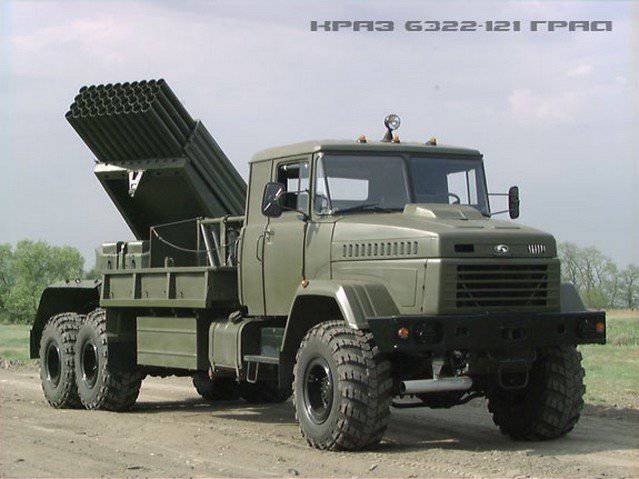 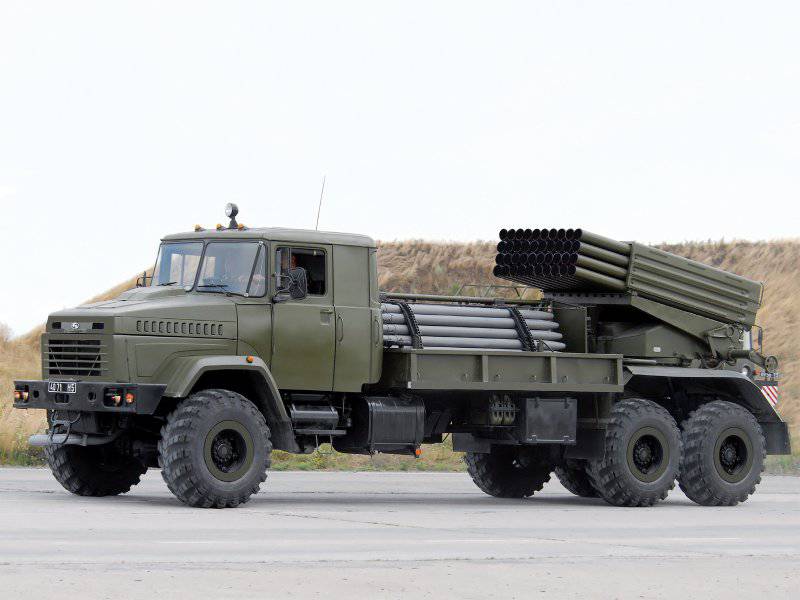 "Bastion-2" at a military parade in Kiev. (you can see a box with two MANPADS under the board) 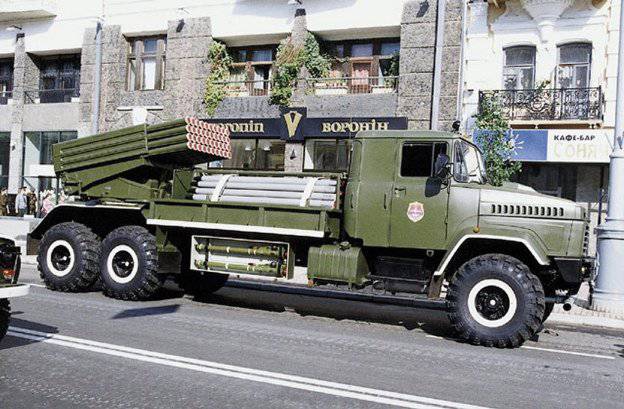 The "Bastion-2" differs from the version (1) in the elongated chassis base, on which additional ammunition is placed. The same feature of this option is to equip the combat vehicle with two MANPADS.

In this variant, new ammunition is also used, allowing to fire up to 40km. 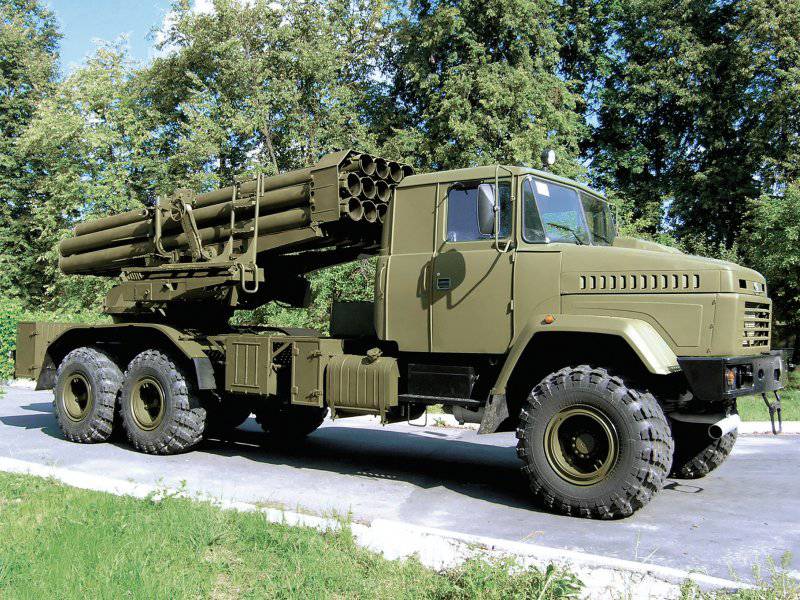 Option "Bastion-3" is an installation art.part of the MLRS "Uragan", mounted on the Kraz chassis. The replacement of the chassis was caused by the presence in Ukraine of its own chassis for this car - Kraz, the MAZ chassis (on which the Uragan complex was mounted) in Ukraine is not produced, but is only being repaired.

For the needs of the Armed Forces of Ukraine, domestic enterprises have developed a version of the MLRS - BM-21K. 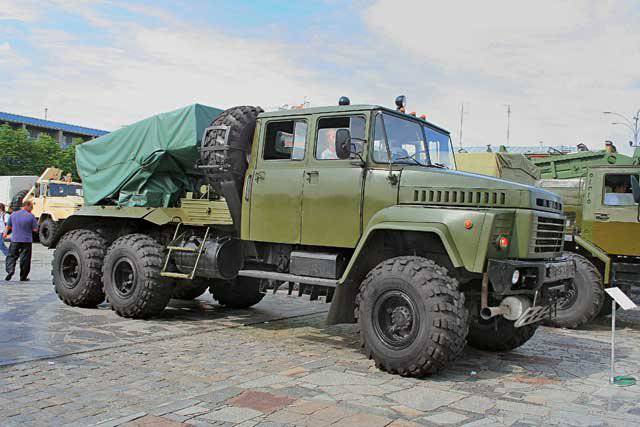 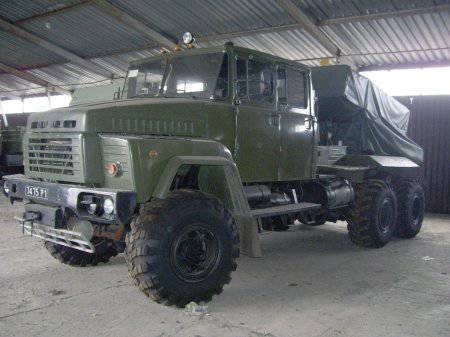 Separately, you should tell about the new rocket:
The new rocket projectile allows firing up to 40 km (in the base variant BM-21, the range 20 km). The projectile has a new design of the nozzle, reduced in 2 times due to the new material of the engine housing as well as an improved stabilization unit with increased wingspan, size and profile of the blade.
CU - warhead: high-explosive fragmentation (PF), detachable PF warhead and not detachable PF warhead

Comparison of the performance characteristics of the Soviet MLRS BM-21 and BM-21K: