In places to stand, to ascent!

November 11 2013
48
"And only you, the country of the fields,
prefer foolishness

The affairs of their heroes
Their skinned skin. "

Writing stories I was moved by the Belgorod cadets. There is such a glorious organization in Belgorod "MIC" Mayak ".

By the nature of my work, I am from the “Motherland”, the stop is so called, and it’s good for health to look at “Thousands of small things” with a self-propelled one for health. And here on the square I saw boys in the form of the sea. The form is fitted, ironed out, as we have in TOVVMU, when we broke loose girls in dismissal.

The Cadets are businesslike and serious, with respect to their position and to the fleet. It's nice to watch. And the idea was born to me to tell the boys what the fleet is, what it does. And yet, according to today's life, the world has frozen a dollar in the eyes of people, but there is also real men's work, valor and courage. You watch movies, for example, "Autonomy", "Robinson". In addition to the fact that there is not a single team true, so also the plot .... I would not give a dime to the fleet at the place of the taxpayer. Well, what is it, the boat went out to sea, it’s not clear why, half burned down, some drowned, and who was left some sort of showdown on the shore.

Somehow I was angry, a peasant, somewhere in the North he built boat patterns, sarcastically: “There were hundreds of boats in the Soviet Union and why do we need to spend this money?” I, as always, politely answer him: “The man didn’t hit you in the rocks for an hour, lived near the fleet ... you need to be friends with brains”? I do not like it when amateur fleet is ill. But they need to be explained, and not to be intimidated by fires, but death. 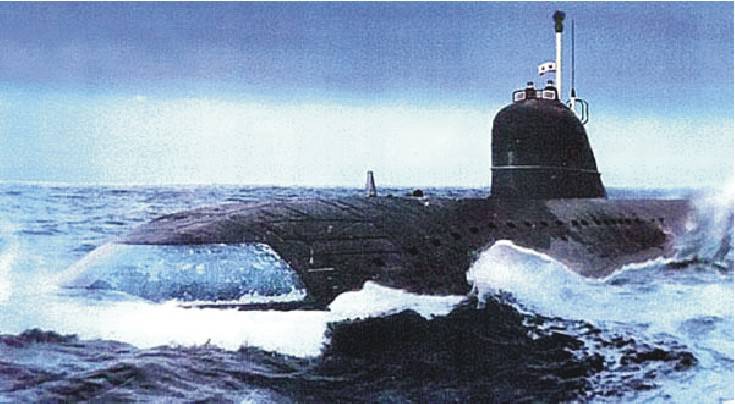 Even Yuri Gagarin at one time compared space flights with service on submarines, mind you, not boats with work in space, but space with boats. In general, they are akin to submariners aviation, by the degree of danger, by the kinship of the elements, the ease and carelessness of characters on vacation and with friends and dedication. These professions require the brain of a mathematician and the heart of an adventurer. This is when the brain says: “it’s impossible, it’s impossible, it’s impossible, but the heart:“ but let's try ... you need to. Someone will scream: “Here, here, that's where the accident came from ...” No, gentlemen, the Marinesco century attack is good from here, three thousand Reich submarines to the bottom of the sea, this is Fisonovich, Starikov, Lunin, this is the North Pole, this is military service, tracking aircraft carriers and much more necessary to protect our homeland.

With respect to the "landing", as they themselves casually call it. Remember the company of the Pskov landing. Unlimited courage, valor and loyalty. Eternal glory to them! Here are the real male professions.

The Americans every president served in the navy or in aviation. Fleet is America's national pride. In England, princes are honored to serve in the armed forces. And we have lawyers, financiers, artists ..., a diploma for money, and they themselves have neither ear nor dug.

I write my stories so that people know what a fleet is. Belgorodskaya Pravda published one story, thank you. But Belgorodskaya Pravda is a very serious newspaper and it is written out mainly for enterprises and organizations. And to me about the fleet to bring the bulk. That's why I turned to the newspaper "Life-Being", gave them my stories. They decided to take material from my stories and write their articles. And send your edits. Journalist Sanya judging by his hands when he did not serve in the army. But he has a strategic look. How much harder to bite, strike at our fleet. I ask, Sanya, what do you want with your articles? He replies: “I want to restore order in the fleet ...” But do you know Sanya as a sharpening arm, which side should be approached.

In Lermontov, however, on another occasion:

"He could not spare our Glory,
I could not understand at this moment bloody.
To which he raised his hand ...

So there about Dantes, and here their, Russian, Russian fleet in the shit, but for that: "However, I am Napoleon."

So, to know, the submarine fleet, going out to sea, solves the problem:

- Missile nuclear submarines, bear military service in readiness to launch a rocket attack on the enemy, are afraid of this strike, and especially the Americans, would not have this readiness, would have crushed and destroyed us long ago. It is only the liberals screaming: "let's surrender America, snot in the marsh:" I want the orange revolution ... (maybe confused with sexual), they have for it grandmothers, yachts, treacherous positions, and we will again be serfs, it was the Tatar yoke, . 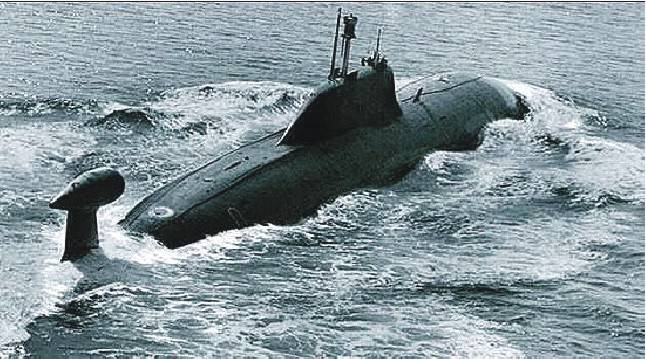 In the 1985 year, when Reagan put his Pershing on the western borders of our Motherland, these are medium-range missiles that can destroy our administrative and industrial centers in the shortest possible time.

In response, our missile submarines were thrown into the Gulf of Alaska, northerners in Biscay. The flight time of our missiles was reduced three, four times.

It was hard for our submariners, all the forces thrown at them, squeeze, provoke, destroy. Then the professionalism, courage and perseverance of our submariners cooled the heat of the Americans. They removed their Pershing from our borders. I do not know all the names. I will name those who were then heard, the captain of the 1 rank Kopeikin, was attacked several times. Commander Dima Mirgazov is a friend of mine, he came from the sea, the superstructure on the cabin was wrapped when you asked him, he was silent, only his blue eyes darken. Aleksey Gladky, my friend and classmate at the school, the American boat rammed, it was necessary to stabilizer, the left line of the shaft was disabled. They took the shaft line to the brake and continued to perform the task.

And in the sea, our submariners went through the 90 cycle of days at sea, 60 on the coast and 90 at sea. Well, financiers and economists think for how much you have enough.

Atomic multipurpose submarines, tracking aircraft carriers. At that time, aircraft carriers could not freely wander the seas, threatening with their power. Our boats tracked them, giving target indications to the shock forces of the fleet. A difficult and risky business, the Soviet submariners successfully dealt with it. And how many Americans are carrier strike groups now ..., 12. Who will do this? The boat is far from a hundred. And, despite everything, our submariners solve problems, and the fleet, the fleet must be created. And to create a fleet, it is necessary to revive the economy. Buying Mistral or sniper rifles does not solve the problem.

When they robbed my country, who, if not Gaidar, said in Komsomolsk on Amur, “more and more boats will not leave here”. Wow, the boy went bad with a jar of jam from the tale of his grandfather.

And the fleet is alive, naval traditions are alive and there are people in the fleet, those for whom the wind whistles in the rigging and music sounds in the compartments: "In places to stand, to ascend."

And new anti-submarine boats with good underwater acoustics and low noise, American nuclear-powered missile-carriers drove in readiness for their destruction, if those people suddenly have a desire to deliver a missile strike on our country. They were afraid of our 671 RTM, and when the "Cheetahs", "Jaguars," came, the Americans wilted.

One third of the submarine fleet has always been at sea. The rest is in readiness. That's it. And they did not burn and did not sink, in any case, they did not go to sea for the sake of it, as they show in films. And in general, gentlemen filmmakers, first study the question, and then take it off. There are films about submariners and artists: “Commander of a happy pike, Velyaminov is good”, “72 meters”, Krasko-favorite of the fleet, “PQ-17”, Merzlikin is every submariner's dream to be at that time and he (Lunin)

And then a respected artist sits in an “open studio,” and worries that the lieutenant of 50 thousands are paid, and the actor with a diploma is not ”I think an actor should not only earn his living by his art, talent, great work, but also make him cry and laugh. And this is the highest award artist. And waving a diploma ..., my grandmother said: "To higher education I would still have an average mind, but with a seedy little mind, and a diploma is not in vain." 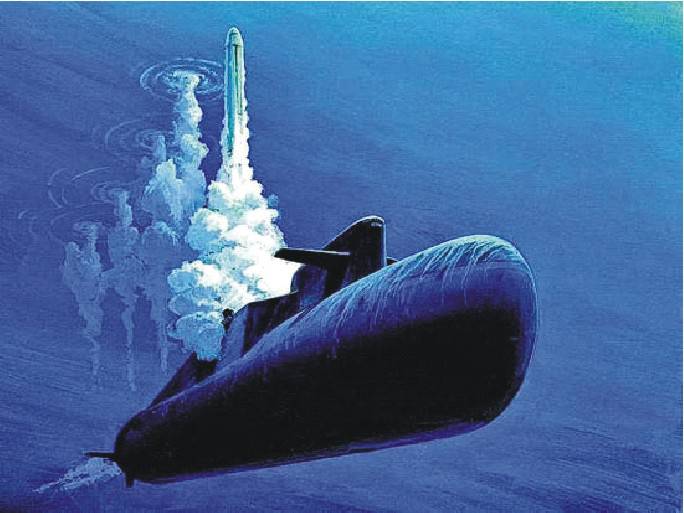 I read the articles of our admirals, important and smart, for the fleet correctly written and necessary. And I’m writing for ordinary citizens, for kids, and if at least one falls in love with the sea, I’ll think that I’m writing for good reason. I am not a writer, and I am confused by possible criticism, there is such a category of people, the eternal chiefs of the checkpoint or other similar small staff figures. In the academy studied, naval history 2 captain of the rank taught, he loved to talk about his library, something else he collected. It is unlikely that he was at sea. And God bless him, but the fact that he wrote to Pikul in the Central Committee did not, says in his novels the guiding and leading activities of the party and from some window Red Square is not visible, and Pikul writes that it is visible, it’s about historical accuracy . Exaggerate. We grabbed it. I told him: “Yes, Pikul is the only person who writes about the sea.” He gave me a four on the exam. So I declare for you, for God's sake, I am not Pikul and not a writer. I just wanted to write about the fleet ... And to the critical members to answer adequately. I am pleased to accept the amendment, reasonable criticism.

I have the honor.

Ctrl Enter
Noticed oshЫbku Highlight text and press. Ctrl + Enter
We are
The cruisers of the 68 bis project: the Sverdlov missions in the post-war fleet of the USSR. 3 partNaval Forces of North Africa
48 comments
Information
Dear reader, to leave comments on the publication, you must to register.