November 6 2013
18
The Pentagon and the US government decided to resume development work (R & D) to develop combat lasers for airborne aircraft. Contracts for the creation of air-based combat lasers were transferred to Lockheed Martin and Northrop Grumman. The main task of these systems weapons the transfer of directed energy (OPNE) will become the protection of unmanned and manned air weapons, as well as the destruction of potential enemy missiles.


At the end of October 2013, the Pentagon decided to transfer 26 million to two defense contractors for designing a laser capable of shooting down anti-aircraft missiles. As part of the project, which received the designation Project “Endurance” (the project “Endurance”), the Agency for Advanced Defense Projects DARPA allocated 11,4 million to Lockheed Martin and 14,6 million to Northrop Grumman, the American press reported. The “Endurance” project aims to create a technology for lasers mounted on pylons that can effectively protect a large number of military air platforms from current and future generations of ground-to-air guided weapons with electro-optical infrared aiming.

This project concentrates around the idea of ​​miniaturizing the technologies of all laser components, creating new high-precision tracking systems for the target, its identification, as well as a flexible and easy laser beam control system. Particularly relevant are these works for fairly slow and small UAVs, which today are experiencing very great difficulties in evading modern means of destruction, which makes drones a fairly easy target for enemy air defense systems. 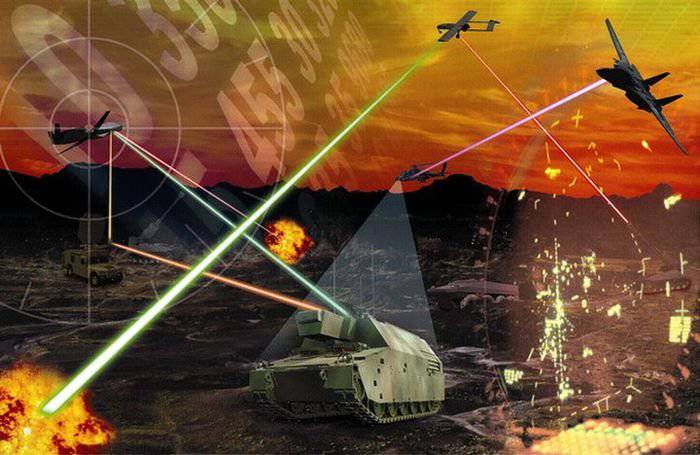 So in 2011, Tehran reported that they managed to shoot down the American RQ-170 Sentinel UAV. Although the US authorities initially said that the message was a falsification, they later admitted that their drone had actually disappeared. During a press conference in December 2011, the American president noted that the United States had asked for the machine to be returned. The top military officials from the Iranian army noted that they are not going to return the unmanned aerial vehicle. The commander of the Iranian army, General Hussein Salami, noted that no country would welcome spy drones from other states that are in their airspace, while hardly anyone would return the captured spy equipment and the information they acquired back to the owners.

According to representatives of the agency DARPA, the design process of the new laser technology will be completed by the end of this year. In the 2014 year, the laser production will be deployed, as well as the assembly and testing of the systems, so that at the output by the 2016 year we can put the finished product into service. Details of the project, which received the code designation "Endurance", are currently not disclosed. It is only known that the systems of self-defense of aircraft will be placed in special suspension containers. As part of the project, it is also planned to create modern control systems, missile launch warnings and launch countermeasure systems.

At the moment, all American UAVs do not have a system of protection against anti-aircraft missiles. Previously, the US military was already considering several ways to protect their drones from missiles, in particular, they considered the use of infrared pulsed emitters, the use of false thermal targets, but the creation of such systems for UAVs was not started. 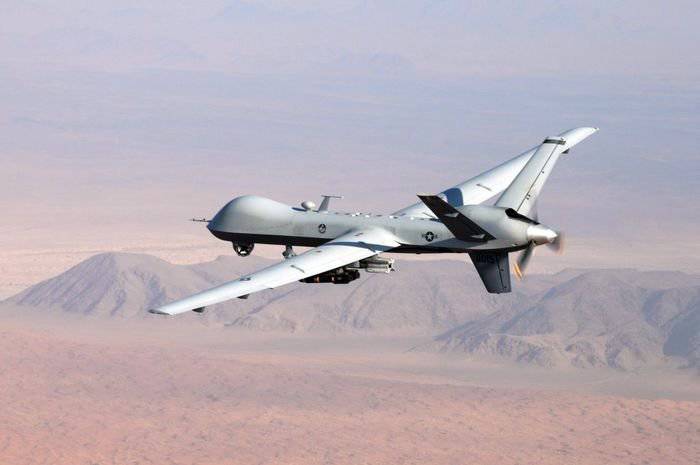 The Endurance project grew out of another DARPA laser weapons system program called Excalibur. The goal of the program was to create new technologies for coherent optical phased arrays in order to make the combat laser much more compact and 10 times lighter than the existing high-energy chemical lasers, according to a press release from the DARPA agency.

Pentagon officials are confident that modern combat lasers, which will be placed on aerial platforms, can become one of the key elements of the US defense system, reports Defense Tech, citing its own sources in the defense department. However, it is worth noting that all previous attempts of the US military-industrial complex and the Pentagon to develop a working flying OPN system ended in failure. For example, the very expensive and ambitious Airborne Laser Test Bed (ALTB) program, aimed at creating a flying laser capable of knocking down ballistic missiles of a potential enemy, was closed by US Secretary of Defense Robert Gates (he held this post from 2006 to 2011 a year). The former US Secretary of Defense considered the funding of this program unjustifiably high, and the program itself unrealistic. Even though the 11 of February, the 2010 of the year, the ALTB system (albeit sea, not airborne), during the tests, was able to successfully destroy a short-range ballistic missile. The success of these tests by some experts today is questioned, someone considers them falsification.

In many ways, the sequestration of the US budget also affected the collapse of the ALTB program, after Congress demanded that the military cut spending. After analyzing all current programs, the Pentagon had to decide which of them require further funding, and which of them will be frozen. ALTB has become exactly the project, the work on which was minimized, and all the documentation was transferred to the archive. There is nothing strange in this, if we take into account the costs of building Boeings equipped with these weapons. Initially, the Ministry of Defense counted on purchasing 7 of such machines worth 1,5 billion dollars apiece. And if we take into account the technical problems that the Americans encountered during the implementation of the program, it becomes clear why the project was closed.