October 31 2013
35
The use of ammunition of 20 mm caliber for precision shooting originates during the Soviet-Finnish war of 1939-1940. The Finns during this war to fight the Soviet tanks used the Lahti M39 anti-tank rifles in combat. But, in addition to the main purpose, these guns were used to fight snipers. 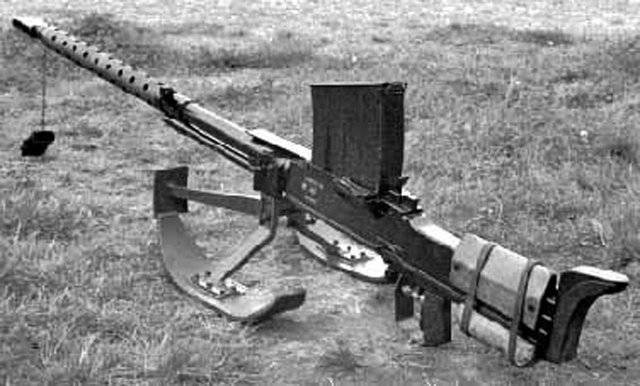 The Imperial Japanese Army also adopted the 20-mm Kawamura Type 97 anti-tank rifle, developed on the basis of the air gun. The weight of this gun without ammunition was 50 kg, and in the equipped version with a removable armor and a magazine for 7 cartridges - 68 kg. To service this heavyweight required the calculation of four people. For the destruction of manpower used high-explosive ordnance.

Due to the peculiarities of combat operations at this time, high-precision shooting from weapons large caliber is not widespread. However, today, when well-trained and equipped armies basically have to conduct anti-terrorism and anti-guerrilla actions, large-caliber weapons have become popular. As an example of successful actions with the use of a large-caliber rifle, the destruction of a Taliban machine gun from the distance of more than 2 thousand meters in Afghanistan by the Canadian sniper Rob Furlong can be given.

Mike Remo over the years 16 worked on weapons caliber .50BMG (12,7x99 mm) reducing returns and improving their accuracy. Various public and private structures quite willingly purchased Remo guns with a .50BMG caliber. The cost of the large-caliber rifle created at Anzio Ironworks was 5000 dollars per unit, and the accuracy of shooting provided 1 MOA and more. 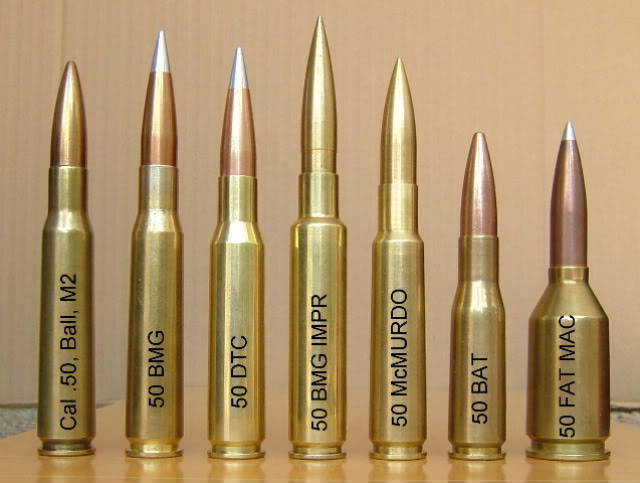 Inspired by success, Mike Remo decided that for Anzio Ironworks it was time to create a weapon for high-precision shooting at 2-3 distances in thousands of meters. The American company Anzio Ironworks is engaged in the release of a series of heavy sniper rifles chambered for the Vulcan air gun М61 20 x 102 mm. The initial velocity of the projectile is up to 1030 m / s. With a mass of 101 grams muzzle energy is equal to 57,53 kJ. Under this cartridge, the company produces several models. 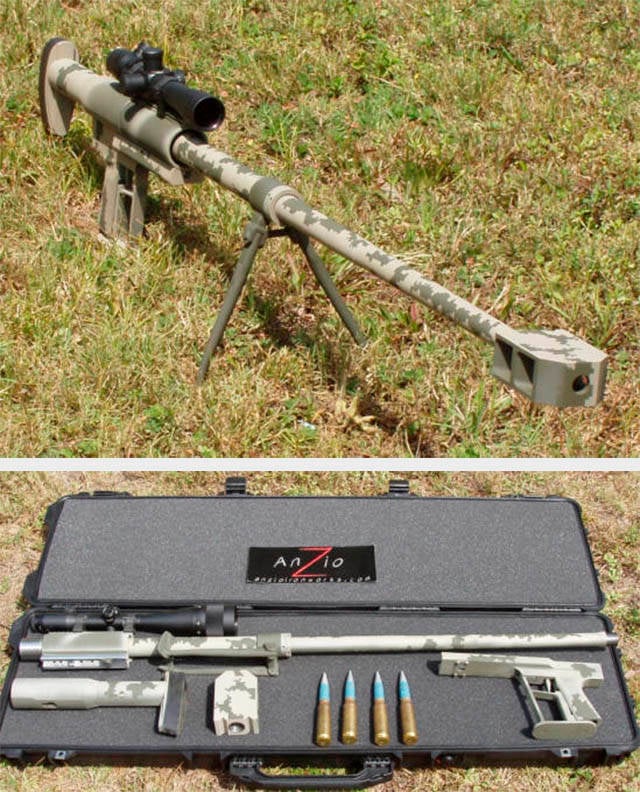 Heavy magazine-powered sniper rifle - Anzio Mag-Fed 20 MM Rifle. The magazine capacity of this rifle is 3 cartridge. Barrel length - 1244 mm. Rifle Anzio Mag-Fed except ammunition 20x102 can adapt to the Soviet cartridge 14,5x114 mm. Recharging is carried out manually. With the help of modern optics, the Mag-Fed 20 mm allows you to destroy protected targets and snipers at distances that were not available for weapons with the .50BMG caliber. According to the creators, the Mag-Fed 20 large-caliber rifle has a maximum similarity to AR15 in its shooting control and optical positioning. According to the creators, it will facilitate the development of this large-caliber monster. The cost of a rifle is 11900 dollars.

For the new Anzio Ironworks 20 rifles, not only powerful VULCAN 20x102 mm ammunition can be used. These weapon models complement the AMR family with new ammunition designed to perform a wide range of tasks, although guns need striking ignition tubes. 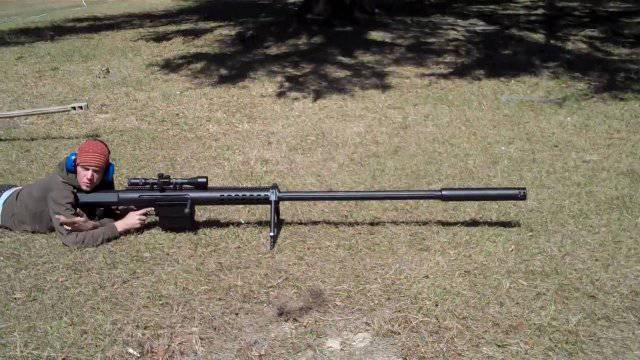 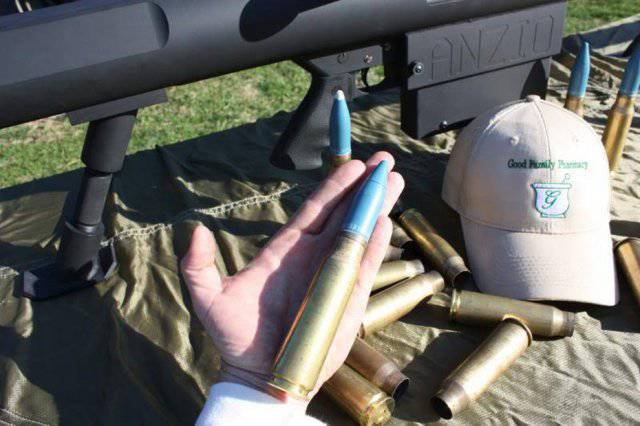 Rheinmetall, Nexter, GDOTS and ATK offer 20xXNNUMX mm ammunition. For example, a FAP (Frangible Armor Piercing) armor-piercing projectile developed by Rheinmetall and GDOTS designed for air-to-air and air-to-ground tasks offers significant mortality in one missile against unarmored and armored targets without the use of explosives. The company GDOTS reports that a breaking tungsten core, when meeting with a target, pierces the outer plating of the target, and when passing through the rest of the structure, high-energy fragments are formed.

Another 20x102 mm ammunition with a competitive PELE (enhanced penetration effect) penetration was jointly developed by Rheinmetall and ATK. PELE projectiles, like FAP ammunition, do not use explosives or detonators. In the PELE projectile, a hollow tungsten core pierces the armor, but its low density polymer core cannot do this and shrinks very quickly. This creates an extremely high pressure, breaking the tungsten core during its movement inside the target. As for the lethality of this projectile, then its penetrating ability, the parameters of the formation of fragments and the sensitivity of the response exceed traditional ammunition. 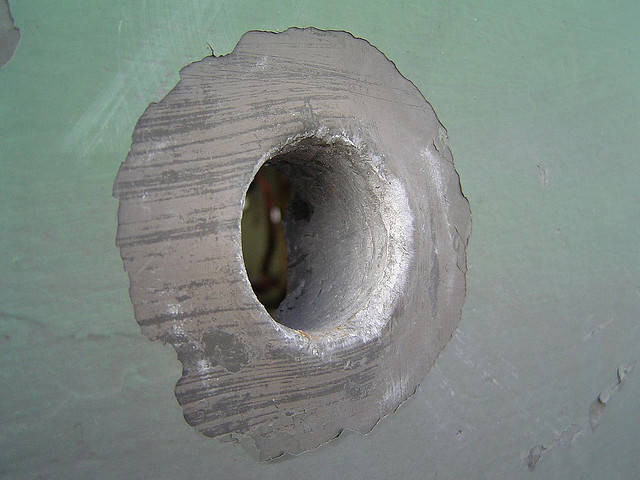 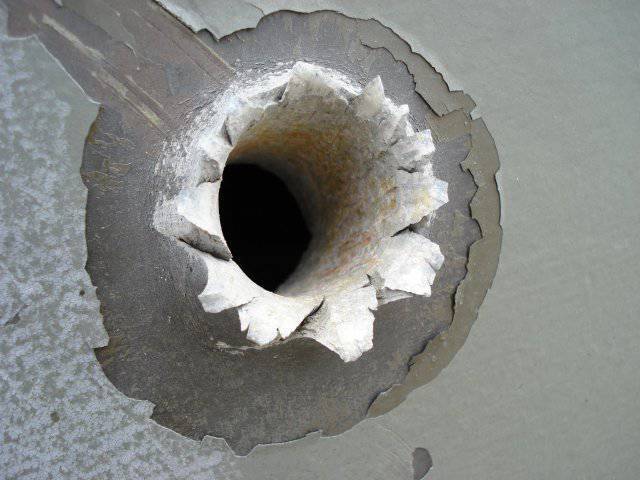