Next year, Russia and China will begin discussing a joint project of a wide-body aircraft. 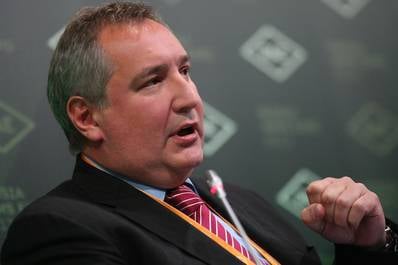 On October 23, Deputy Prime Minister D. Rogozin spoke about the future plans of the state regarding the development of civil aviation. According to the official, already in the next 2014, Russian specialists will begin to discuss design and production work as part of a new wide-body aircraft project. At the same time, the project is supposed to be carried out jointly with the Chinese aviation industry.


Rogozin noted that there is a need for a wide-body passenger aircraft in both Russia and China. Cooperation with China will be the most convenient option for Russia, since it will ensure the profitability of producing large batches of new aircraft. With a large population and large plans for the development of various industries, China is a promising partner. In addition, Rogozin stressed that the new project requires financial investments from the Chinese side, since Russia does not want to pay the entire project only from its budget.

The commercial prospects of the future wide-body aircraft are not yet completely clear. Thus, Deputy Prime Minister D. Rogozin understands that the Russian-Chinese liner will have to fight for its market share. The official recalled that the sector of long-range wide-body aircraft is now almost lost for the Russian aircraft industry. About 80% of traffic on such aircraft accounted for equipment manufactured by Airbus and Boeing. Because of this, a joint project between Russia and China, when entering the international market, is bound to meet with severe competition.

Nevertheless, the Russian government intends to initiate the development of a joint project of a wide-body airliner. A possible start of work on the Russian-Chinese project was discussed a long time ago, but only now approximate dates for the start of consultations were announced, which will help determine the main features of the appearance of a promising aircraft. At the same time, various statements about the creation of a new wide-body aircraft have been heard over the past few years.

At the end of August 2013, Deputy Prime Minister D. Rogozin had already raised the issue of joint development of a new passenger aircraft. Then, during the working meeting of the co-chairs of the Russian-Chinese Commission on the preparation of the meetings of heads of government, several issues were discussed. Among the topics discussed was a possible joint project of a wide-body airliner designed to operate on long-haul routes. In August, the Russian and Chinese sides came to the conclusion that it was necessary to step up work in this direction.

It is worth noting that in his August statements, D. Rogozin disclosed in detail the reasons for which it is necessary to create a new project. The Deputy Prime Minister recalled that the Russian industry is now gradually filling the mid-haul sector of airliners. The SSJ100 aircraft is already being operated and is being built in series, and the design work for the MC-21 project is also being completed. As a result, over the next few years, the Russian aviation industry will produce two types of medium-haul aircraft at once. However, modern long-haul aircraft are not built or even developed. For this reason, it is required to start creating new projects as soon as possible.

Partnership with China, according to the August statements of Rogozin, will be useful for Russia, primarily for economic reasons. The main customers of the promising wide-bodied airliner, developed only by Russian specialists, will be domestic airlines. Because of this, even by the most courageous estimates, a series of such aircraft will be limited to only a few dozen sides, which will correspondingly affect the profitability and economic aspects of the project as a whole. Attracting China, which also needs such aircraft, will help to significantly increase the number of aircraft planned for the construction of aircraft and thereby improve the main financial indicators of the project.

A promising project will be profitable for both countries. Firstly, they will get modern long-haul aircraft, and secondly, they will be able to solve existing problems of an economic and technological nature. So, Russia will be able to optimize the economic part of the project, and the Chinese aviation industry will gain important experience and master several new technologies.

Earlier it was supposed to hold a meeting of designers involved in civil aircraft projects. Based on the results of this event, it was planned to determine some of the requirements for a promising long-haul aircraft and draw up an approximate program of action. Probably, the meeting of the Russian aircraft manufacturers has already taken place and therefore it is possible to proceed to the next step - a discussion of the issues with Chinese experts.

For obvious reasons, it is too early to talk about the appearance and prospects of a wide-body aircraft, which will appear as a result of Russian-Chinese cooperation. In addition, while the timing of the program. At the moment, it is known that the first Russian-Chinese consultations, at which general issues will be discussed as part of a joint project, will only begin next year. Therefore, the mass production of promising aircraft - if the parties agree on the start of the project - will start only by the end of this decade. As for the technical and economic features of the project, they can be discussed only after Russia and China form requirements for the new aircraft. The appearance of the list of requirements for the project is worth the wait in the coming years.

Ctrl Enter
Noticed oshЫbku Highlight text and press. Ctrl + Enter
We are
Chinese conversionDmitry Rogozin on the development prospects of the country's defense industry
29 comments
Information
Dear reader, to leave comments on the publication, you must to register.