October 28 2013
40
October 28, 2013 Army celebrates its 65th anniversary aviation Of Russia. October 28, 1948 is considered to be the day of the creation of domestic army aviation: on this day the first aviation squadron was created for Serpukhov, which received helicopters for service. It was this squadron that laid the foundation for the domestic army aviation as a separate branch of the army. Initially, it was called auxiliary aviation. Her tasks at the initial stage of development included transporting various cargoes by air, conducting reconnaissance, adjusting fire and providing communications. However, over time, during the technological revolution, helicopters turned into a very formidable weapon on the battlefield.


Already at the beginning of the 1970-s, after the adoption of the transport and combat helicopter Mi-24, nicknamed in the troops as a "crocodile", whose main task was to support the actions of the ground forces, auxiliary aviation became known as army. For its long history Soviet and Russian army aviation managed to participate in a large number of regional conflicts. Crews of army aviation defended the interests of our Motherland not only in “hot spots” in the territory of Russia and the countries of the former USSR, but also abroad. At present, army aviation is designed to solve tactical and operational-tactical tasks during army operations of various intensity (combat operations). 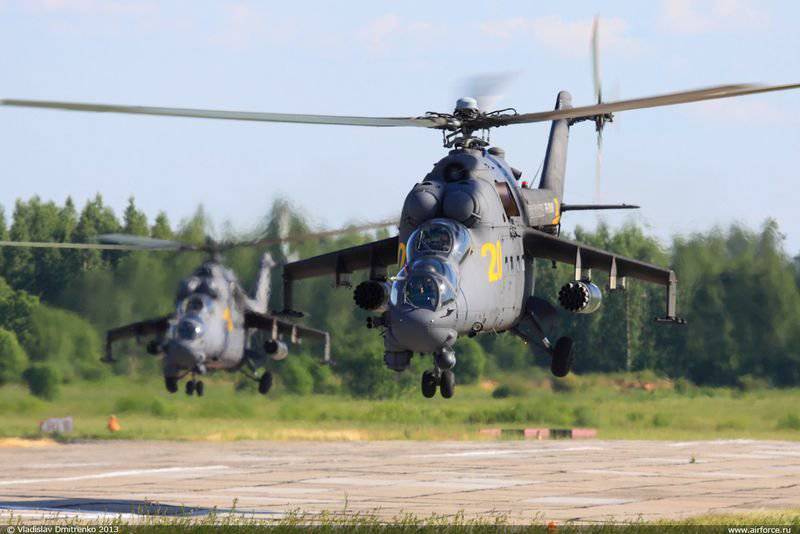 Army pilots showed a lot of courage and heroism during both Chechen campaigns, performing combat missions in the North Caucasus. But even in peacetime, army aviation helicopters are busy providing activities for the ground forces of our country. Today, not a single large-scale exercise is complete without the involvement of helicopters - combat and transport helicopters. At the same time, over the past decades, army aviation has moved several times from the Air Force to the Ground Forces and back. In 1990, it became an independent branch of the military, but in January 2003 was returned to the Russian Air Force. However, in 2010, army aviation was transferred to the subordination of USC (United Strategic Commands) "West", "Center", "East" and "South".

In modern realities, army aviation is playing an increasing role in the strategy and tactics of combat operations. Providing fire support for ground units from the air has repeatedly proved its high effectiveness during the recent military conflicts in which army aircraft took an active part. It is for this reason that the increase and updating of the helicopter fleet is one of the priorities of the development of the RF Armed Forces. 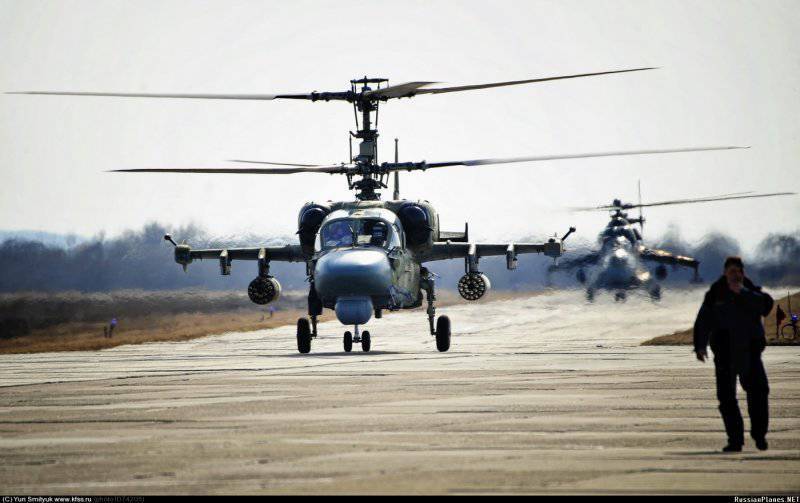 Currently, army aviation, like all Russian armed forces, is at the stage of reform. The concept of its use for the near and distant future is being developed, new helicopters and UAVs are being adopted, which are actively being developed by personnel, work is underway to create new, promising military equipment. The Day of Army Aviation is not only a holiday, but also a certain stage in development. The day when it is possible to sum up some results, analyze the accumulated problems and the ways out of them, determine the prospects for work. In any case, Army Aviation meets its 65 anniversary, on the rise, at the stage of large-scale re-equipment of modern military equipment.

The new face of the Russian Army Aviation

Currently, the re-equipment of the Russian army aviation to the new equipment is actively carried out. Before 2020 in Russia, 8 should be added to the already existing army aviation bases in 6, thus their total number will reach 14 air bases. Before 2020, more than 1, thousands of new helicopters, should go into service with army aviation. This primarily concerns the Ka-52 “Alligator” and Mi-28H combat helicopters, as well as the transport combat Mi-8 AMTSH and MTV-5, updated Mi-26Т2 and light Ka-226 multi-purpose helicopters.

Currently, a contract has been concluded for the supply of 22 (according to other 30 data) combat vehicle data, in general, the AA requirements for these machines are estimated at 100 units. Also, it is planned to bring all the previously upgraded Mi-35 helicopters to the level of Mi-24М. 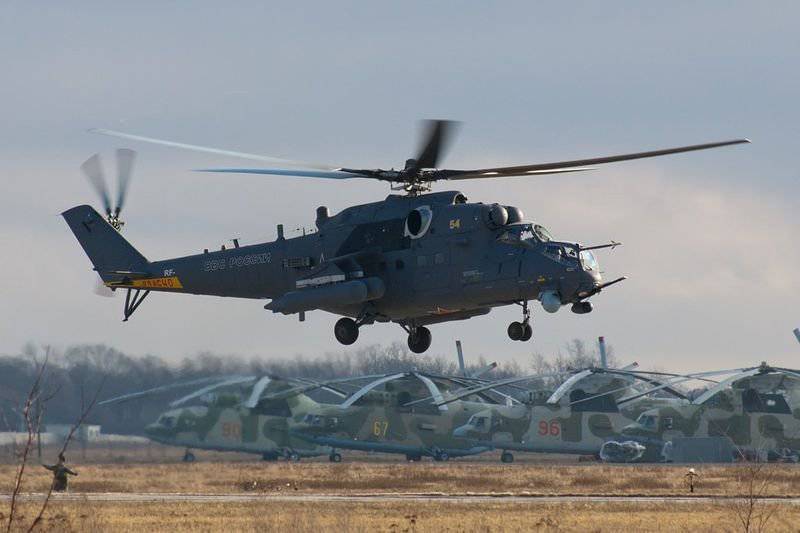 To date, 2 contracts have been concluded for the supply of 67 machines for the 2013 year, as well as 30 helicopters for the 2015 year. In general, the need for Russian army aviation in such helicopters is estimated at 350-400 units in various H / NM / UB versions. Currently, work is underway on a modernized version of the Mi-28HM, equipped with a new airborne defense complex and a new optical-electronic system, as well as on the combat training version of the Mi-28UB. 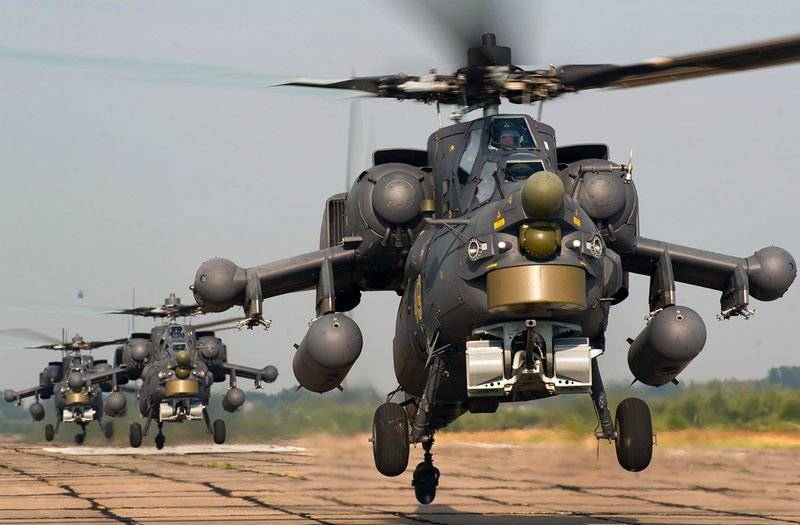 Until the end of 2013, the AA of Russia should be replenished with 36 multipurpose Ka-52 all-weather combat helicopters, it was also announced that it signed a long-term contract for the supply of Ka-140 helicopters to 52. According to some information, 2020-30 of them will be produced in the Ka-32K marine modification, these helicopters should be based on Mistral helicopter carriers. It is also possible to further increase the order. All the needs of army aviation are estimated at 52-120 helicopters of this type, and with the needs of the Russian Navy they reach 150-180 machines. 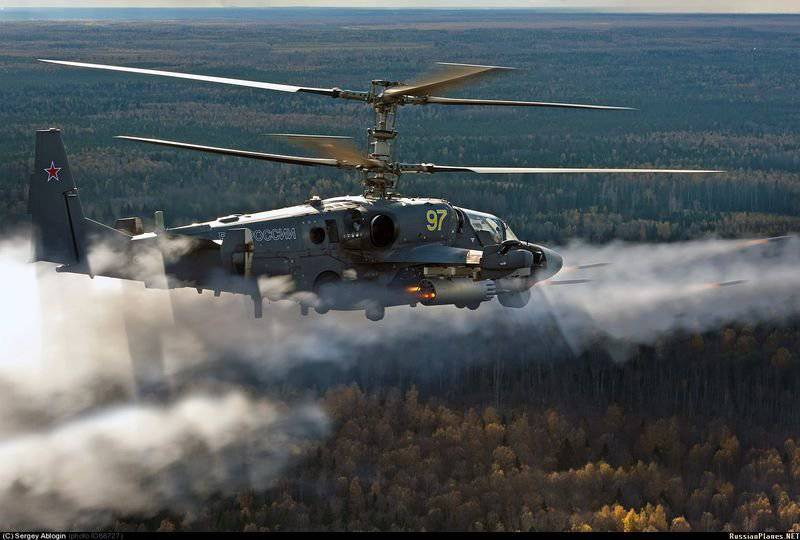 In 2010, the contracts for the supply of Mi-22AMTSH helicopters to the 8 troops were completed, the 2011 of these helicopters was received by the army in 10, the 20 helicopters must be commissioned in the 2012 year, the entire long-term contract provides for the supply of more than 150 helicopters Mi-8AMTSH to the end of the year 2020. In addition, helicopters of the Mi-8МТВ5 modification are supplied in AA units, by the year 2011 was supplied to the troops of this type of helicopters, 50 was still in 2012, deliveries of vehicles would continue. The exact number of Mi-20MTV-8 helicopters that are ready to be purchased by the military is difficult to call, but it is known that they will amount to at least ½ supplies from all Mi-5 helicopters. 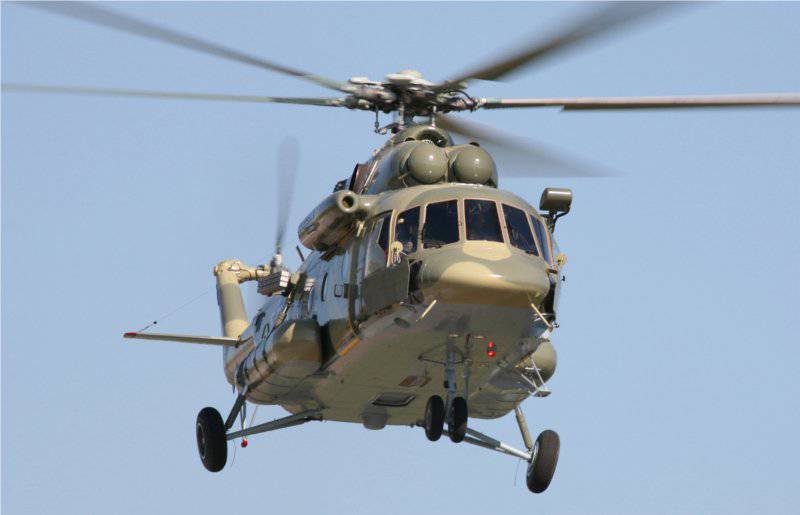 It is worth noting that the Mi-8 helicopters, in addition to performing transport and combat functions, can solve a large number of other tasks. The military demand various modifications of this rotary-wing machine, in particular, the jammers Mi-8MTPB, Mi-8PPA and Mi-8SMV-PG. Currently, the troops have received at least 26 new and upgraded helicopters in these modifications, their deliveries will continue in the future. In total, up to 2020, Russian army aviation should receive about 400-500 Mi-8 helicopters of various modifications, which will still be its backbone. In addition, in Russia, work is underway to create a deep modernization of this machine under the designation Mi-8М.

Today, the Russian company Rostvertol implements a contract for the supply of X-NUMX helicopters Mi-18T to 26 (according to other information, these are 2015 helicopters), in addition, another contract has already been concluded for the supply of 22 machines in the new, modernized configuration Mi-15Т26, which must be completed by 2 year. 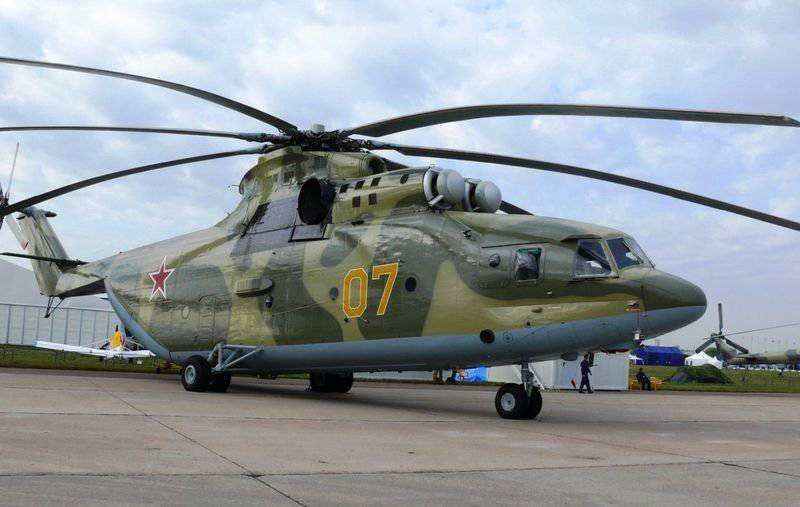 The contract for the supply of these helicopters has already been concluded. In the period from 2015 to 2020, the military should receive more than 100 data of helicopters, according to other information of X-NUMX Ka-120 Killer Helicopters. In general, the need for helicopters of this class, taking into account also the needs of naval aviation, is estimated to be from 60 to 200 helicopters. The most realistic is the figure in 400-250 machines. 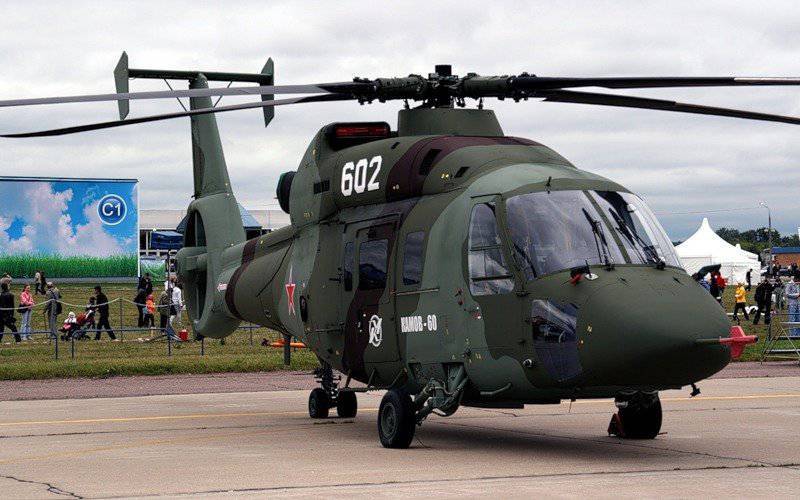 Before 2020, army aircraft will receive more than 40 of such helicopters. It is assumed that the machine will be widely used to train pilots for the Ka-50 Black Shark helicopters and Ka-52 Alligator helicopters. In addition to training purposes, the helicopter can be used to solve a variety of transport tasks. Today, there are 2 versions of this helicopter with different power plants - Turbomeca Arrius 2G1 and Rolls-Royce Allison 250-С20R / 2. In 2012, the military received the first Ka-5 helicopters 226. 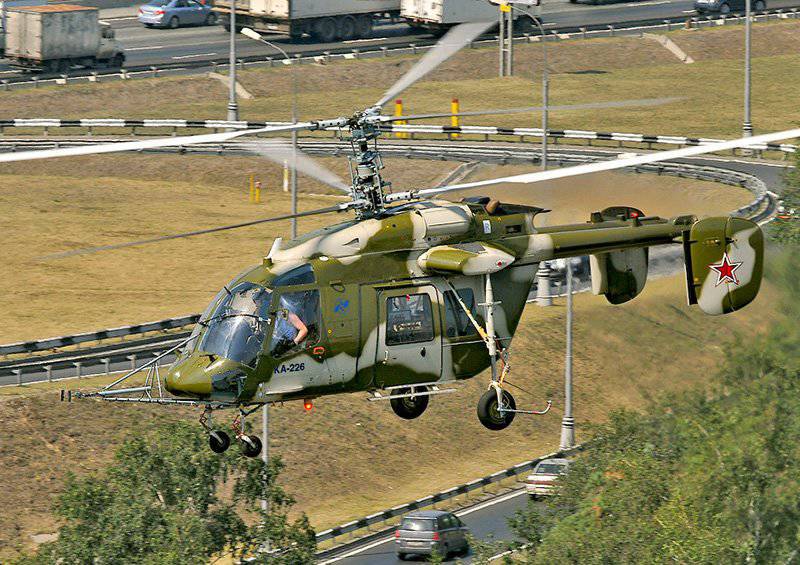 According to earlier plans, as part of a large-scale rearmament program, army aviation should receive at least 2020 helicopters of the new construction by the 1124, as well as several hundred modernized helicopters. Thanks to this, the grouping of Russian army aviation will become the second largest in the world in terms of the number of vehicles, as well as one of the most modern in terms of combat equipment used.

Ctrl Enter
Noticed oshЫbku Highlight text and press. Ctrl + Enter
We are
Mi-28 - combat helicopterAn-12 in Afghanistan
40 comments
Information
Dear reader, to leave comments on the publication, you must to register.