The result of cooperation between Israel and Kazakhstan: Naiza rocket launcher

October 24 2013
73
Multiple launch rocket systems have long and firmly taken their place in the structure of the land forces of many countries. Missiles of various types are capable of hitting targets in a wide range of ranges and delivering combat units of several types to targets. However, the existing MLRS have one characteristic flaw. In most cases, a single complex of this class can destroy targets using only one type of missile. Often, such a “division of duties”, depending on the range of destruction, can have negative tactical consequences. In this regard, there is a need to create a universal multiple launch rocket system capable of using different types of ammunition with different characteristics. 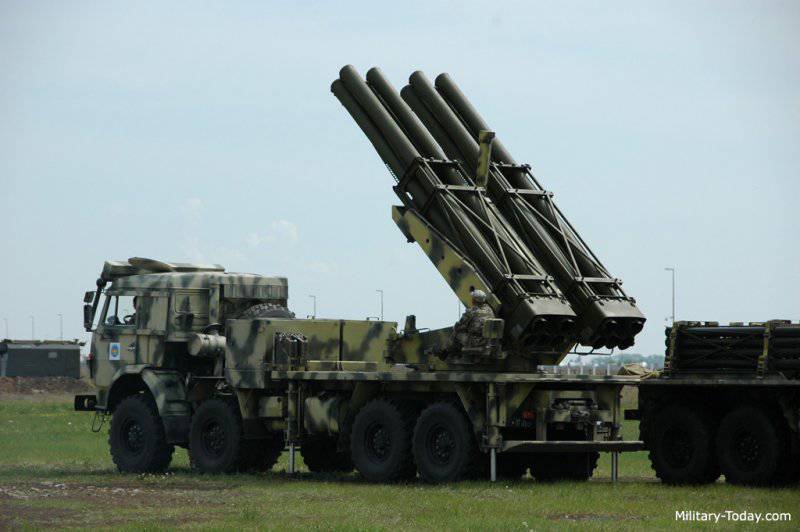 In the middle of the last decade, the Ministry of Defense of Kazakhstan ordered the Israeli company IMI (Israel Military Industries) to develop a new MLRS system capable of using various types of missiles. After a series of consultations, the basic requirements for the new system, known as “Naiza” (“Spear”), were identified. The developer company was required to create a multiple rocket launcher system capable of using caliber missiles from 122 to 300 mm. In addition, it was intended to ensure compatibility of the launcher with advanced guided missiles.

Israeli developers and their Kazakh colleagues chose the KamAZ-6350 car produced in Russia with the wheel formula 8х8 as the basis for the new combat vehicle. 360 hp turbocharged diesel engine provides combat vehicle good mobility. So, on the highway, the Naiza self-propelled launcher can accelerate to a speed of 90 km / h. One fueling is enough to overcome 1000 km.

In the back of the base wheeled chassis mounted platform on which all the elements of the complex. For stability when firing, the salvo system combat vehicle has four hydraulic outriggers located at the corners of the platform. In front of the platform there is a large casing to accommodate some equipment of the complex and, possibly, part of the ammunition. 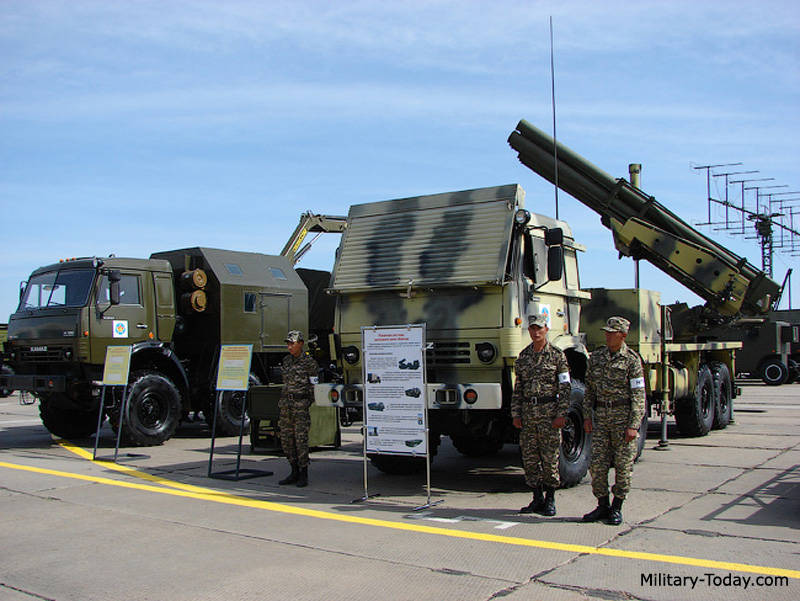 Above the rear axles of the base car on the MLA “Naiza” there is a turntable with a lifting boom, on which are mounted guides for rockets. It is this part of the combat vehicle that is of the greatest interest, since it provides universality of application. The combat vehicle in the basic configuration is not equipped with a package of guides. On the boom boom there are attachments for two blocks with ammunition. Depending on the tactical need, the MLRS can use several types of missiles.

NAZA MLRS can use Grad 122-mm ammunition and Soviet-made Hurricane 220-mm ammunition. After the collapse of the Soviet Union, a large number of such missiles remained in the warehouses of Kazakhstan, which made it compatible with them when creating a new salvo fire system. Using ammunition caliber 122 and 220 mm, the Naiza combat vehicle can destroy targets at a range of 21 and 34 km, respectively. In addition, Kazakhstan ordered new Israeli-made ammunition. LAR missiles caliber 160 mm have a maximum firing range at the level of 45 km. Finally, the IMI EXTRA ammunition is equipped with a satellite navigation guidance system and can effectively hit targets up to 150 kilometers away.

Missiles of all types are delivered in transport-launch containers (TPK), which, when launched, serve as guides. In the case of Grad shells, two blocks with 20 TPKs are installed on the lifting boom of the MLRS. When using LAR shells, each block holds 16 containers. TPK Uragan missiles or IMI EXTRA are assembled in blocks of five and four units, respectively. All TPK are equipped in the factory. At the same time, containers for Soviet-made missiles can be reloaded manually, and Israeli containers are disposable. 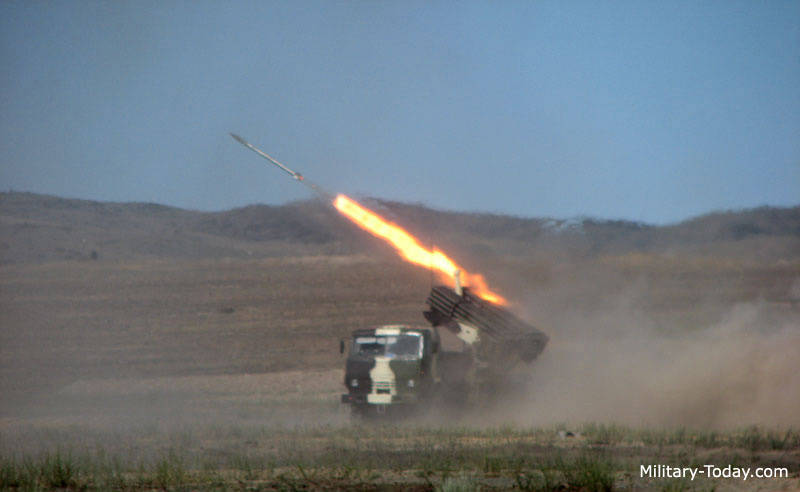 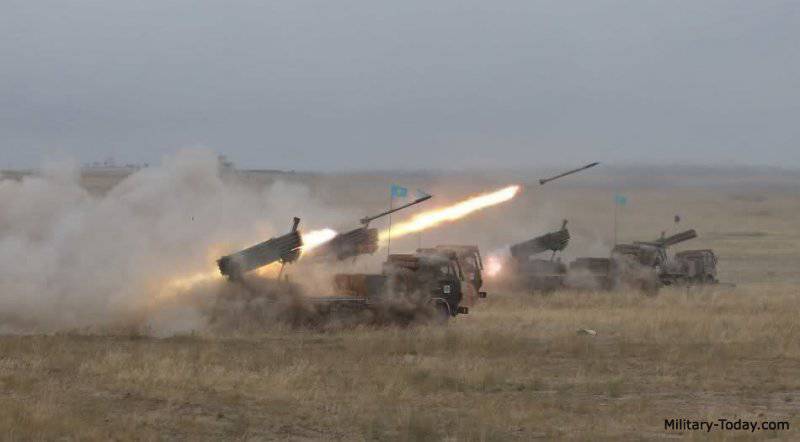 The use of missiles of various types allows to solve a wide range of tasks. The Naiza rocket launcher system can destroy targets at a distance of up to 150 kilometers, and in some ranges of ranges it is possible to use projectiles of several types. Accuracy of firing of unguided rockets is ensured by a modern Israeli-developed digital fire control system. Electronic complex MLRS allows the combat vehicle to work offline or as part of a battery. In the latter case, information about the target comes from the command post connection. During firing, the calculation of the combat vehicle can be in the cockpit or control the fire using the remote control.

It takes about five minutes to prepare a combat vehicle for firing after it arrives at the position. During this time, the calculation of three people lowers the outriggers, closes the cab windows with metal curtains of the original design, and also prepares electronic systems. It takes about three minutes to urgently leave a position. Removing units with empty transport and launch containers and installing new ones takes 8-10 minutes. Recharging the combat vehicle is supposed to be carried out at a distance from the firing positions. 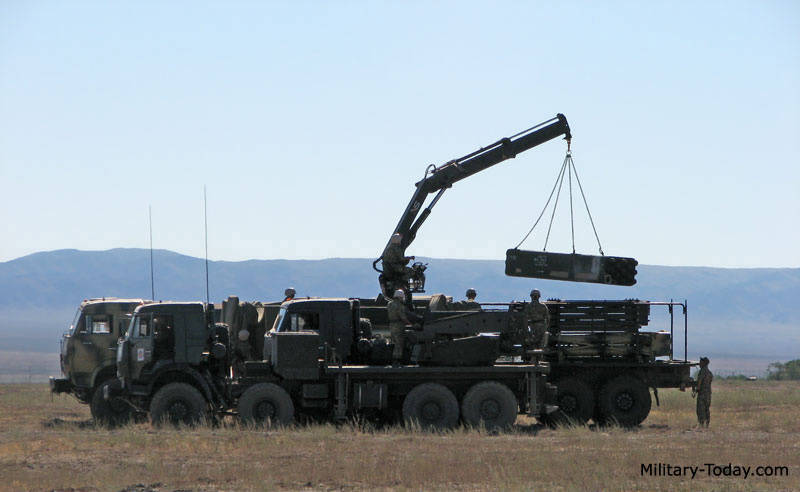 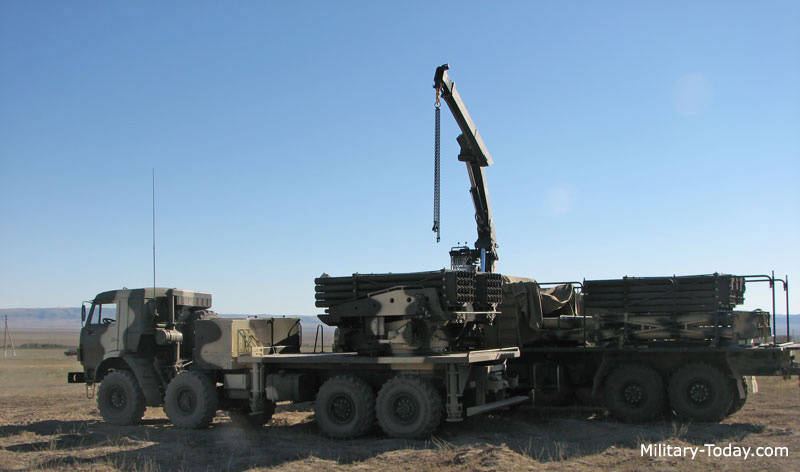 In 2008, IMI, together with some defense companies in Kazakhstan, built several prototypes for the new Naiza MLRS. The tests began in May of the same year in the 12 th mechanized brigade. Prototype testing lasted only a few months and in November 2008, the ground forces received the first two combat vehicles of a new type. This rate of completion of tests and adoption of the system may raise some questions. For example, there is information about some problems that do not allow the Naiza volley fire to use LAR-type missiles. However, the new MLRS adopted and began its mass production.

To date, Kazakh enterprises have built 380 self-propelled launchers for the MLAF Naiza, as well as a number of transport-charging and other auxiliary machines. The new salvo fire system is actively used in the armed forces of Kazakhstan and is being exported. Despite the promising modular architecture and the possibility of using unguided rockets of various types, the MLA "Naiza" has not yet become the subject of export contracts. 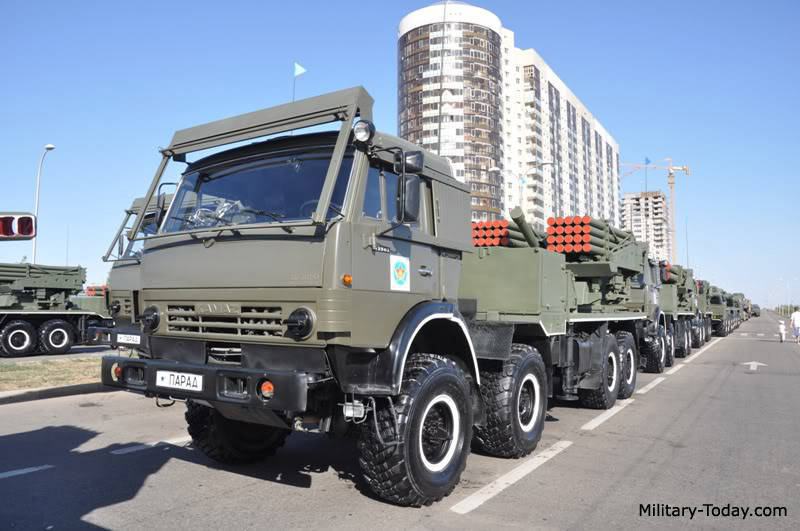 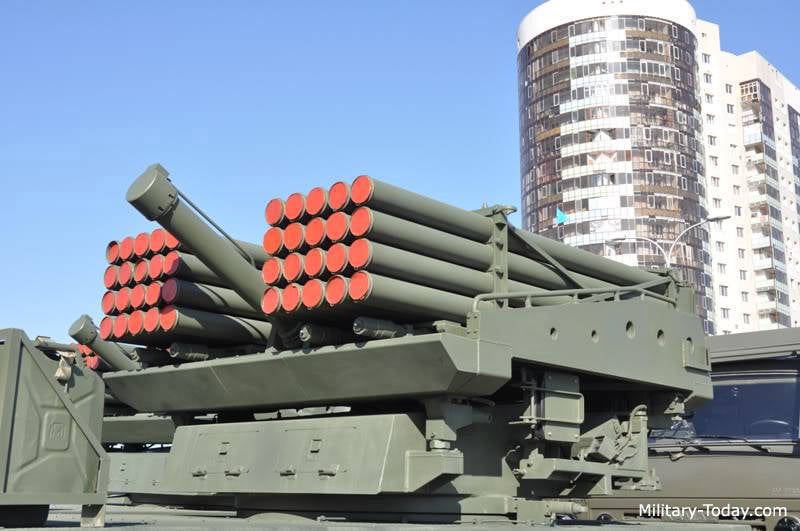 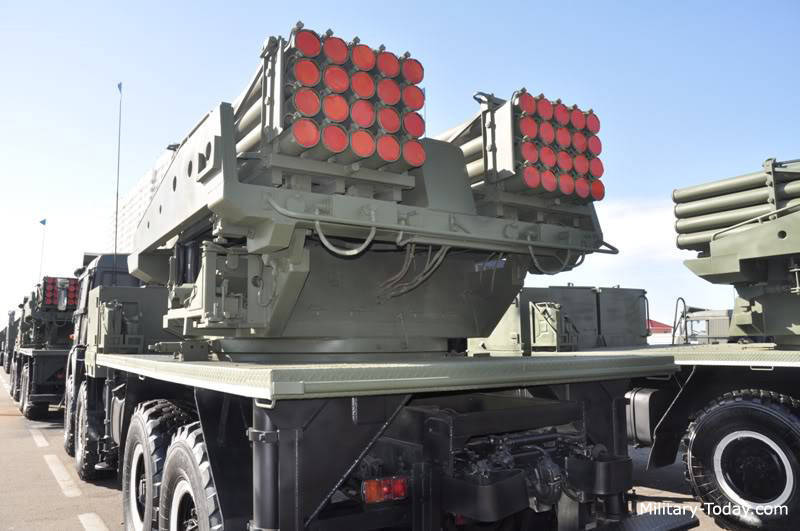 Ctrl Enter
Noticed oshЫbku Highlight text and press. Ctrl + Enter
We are
British and American rocket artillery WWIIHeir "Katyusha"
73 comments
Information
Dear reader, to leave comments on the publication, you must to register.