Argentina showed the first prototype of the IA-63 Pampa III

October 18 2013
7
October 10 in the Argentinean city of Cordoba held events marking the anniversary of the founding of the aircraft manufacturer Fábrica Argentina de Aviones (FAdeA). As part of the celebrations, representatives of the company and the official Buenos Aires made several important announcements. In addition, on October 10, FAdeA unveiled its new development, the Pampa III training aircraft. The new project continues the line of Argentine aircraft IA-63, designed to train pilots of the air force. 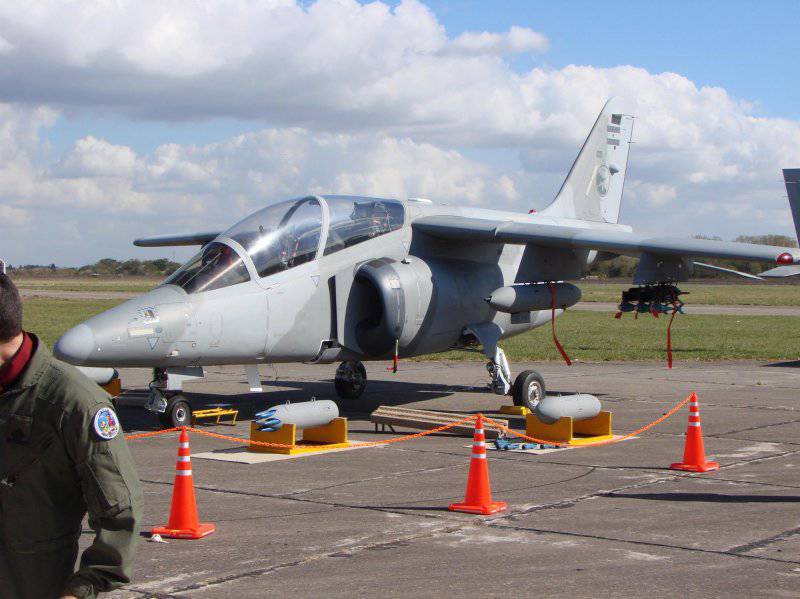 The new aircraft IA-63 Pampa III is a further development of the project, created in the early eighties. In the course of creating a new project, the engineers of FAdeA redesigned a number of important systems and changed the set of radio-electronic equipment to improve performance. It is noteworthy that the authors of the updated project hope for its great commercial success. Already, the Ministry of Defense of Argentina and the company FAdeA have agreed to supply a number of training aircraft of the new model. If the plans of the parties do not change, after the end of the test, the Argentine air force should receive several dozen Pampa III aircraft. Moreover, Fábrica Argentina de Aviones intends to sell a new version of the IA-63 to foreign customers. The project's potential is estimated at 100 aircraft for Argentina and third countries.

As far as we know, during the finalization of the project, the glider of the aircraft did not undergo any noticeable changes. Like the previous aircraft of the family, the Pampa III training aircraft was designed in the normal aerodynamic configuration with a high-lying straight wing. The aircraft has a total length of 10,9 meters and a wing span of about 9,7 m. The weight of the empty IA-63 aircraft is the new model 2,82 tons. The maximum take-off weight reaches 3,8 tons.

In the new modification, an IA-63 training aircraft is supposed to be equipped with two Honeywell TFE731-40-2N turbojet engines with a thrust of up to 1900 kgf. More powerful in comparison with the previously used engine will allow the aircraft Pampa III to reach maximum speed at the level of 815 km / h. The value of cruising speed will be approximately 100 km / h less. Such flight characteristics make the new Argentine aircraft suitable for training pilots, as well as to perform some other tasks. 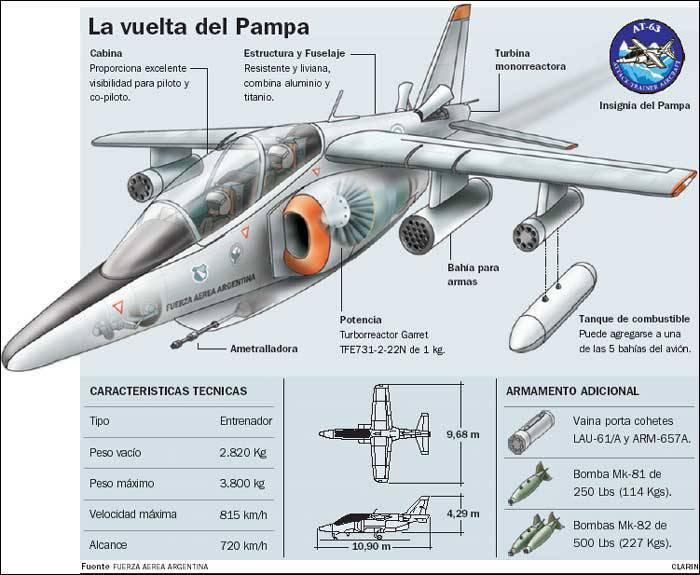 The purpose of the aircraft dictated the composition of the onboard equipment. Pampa III is supposed to equip the so-called. glass cab, developed by the Israeli company Elbit Systems. In addition, as part of the complex of electronic equipment will be present products of American and European manufacturers. An interesting way solved the problem with ejection seats pilots. Previously, the double cabin of the pilots of the Pampa and Pampa II aircraft was equipped with Martin-Baker Mk10 seats purchased in the UK. However, after the Falkland War, Argentina headed for a complete rejection of any British-made components. The next step in this direction was the appeal of the company FAdeA to the Russian enterprise "Zvezda". In accordance with the agreement, the Russian organization will supply ejection seats K-36ЛТ.
According to reports, the company FAdeA on the basis of the training aircraft Pampa III has already created a light attack aircraft project. In this version, the aircraft is equipped with an automatic gun. In addition, on four wing pylons and one node under the fuselage, it is proposed to suspend blocks of unguided rockets and bombs. Total payload - 650-700 kg. You can hang ammunition weighing up to 100-120 kg on each of the wing pylons, and up to 250 kg on the ventral node.

Currently, the first prototype of the IA-63 Pampa III is not ready for flight tests. According to reports, the only prototype is still not equipped with all necessary equipment. Despite the demonstration of a prototype to representatives of the Ministry of Defense of Argentina, in the coming months, employees of the company FAdeA will continue to engage in its retrofit. At the same time, the Argentine aircraft manufacturers will prepare the second prototype of the new training aircraft. It will be converted from a prototype, prepared in the framework of the project Pampa II. This plane made its first flight back in the 1987 year. Now he will again have to take to the air as a stand for testing new equipment. 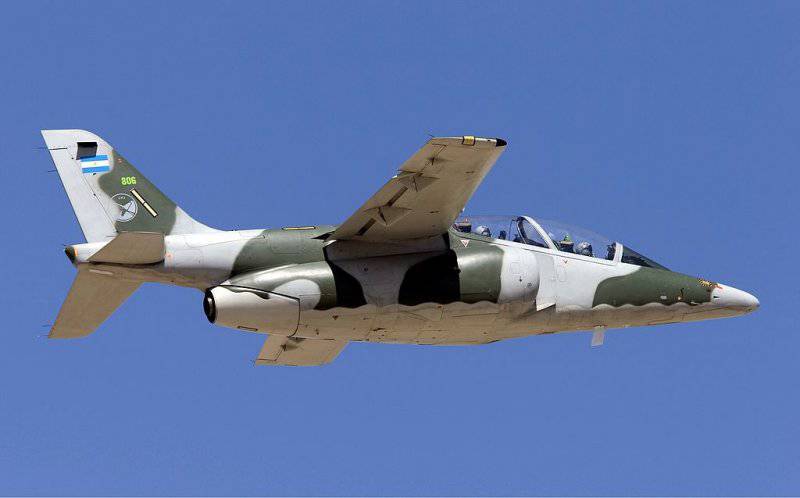 Flights of two prototypes of the Pampa III aircraft will begin no earlier than the first months of next year. During the flight tests it is supposed to test all new radio-electronic systems and confirm the calculated characteristics.

The project IA-63 is one of the most difficult and long lasting stories Argentine aircraft industry. The development of the training machine of the first version started in the late seventies of the last century. The company FAdeA led the project with the active assistance of the West German company Dornier Flugzeugwerke. The first prototype of the Pampa aircraft took off for the first time in the 1984 year. Later two more prototypes were built, one of which, after the upgrade, will be used again in tests. In 1988, the serial production of the Pampa training aircraft of the first version started. Before 1999, the Argentine Air Force received all 16 of such vehicles in a training version.

After the construction of the first batch of aircraft was completed, the FAdeA company, at that time owned by the American company Lockheed Martin, with the active participation of the “owners”, developed an updated project. In 2007, the first aircraft of the AT-63 Pampa II model was launched from the workshop of the aircraft factory in Cordoba. In two years, only six such cars were built. In addition, the base version of the 12 aircraft was upgraded to the Pampa II version. Thus, over three decades, Argentine aircraft manufacturers have assembled a total of two modifications of Pampa aircraft, including prototypes. The first prototype of the Pampa III, shown in October 25, became the 10-m aircraft of the IA-26 family. 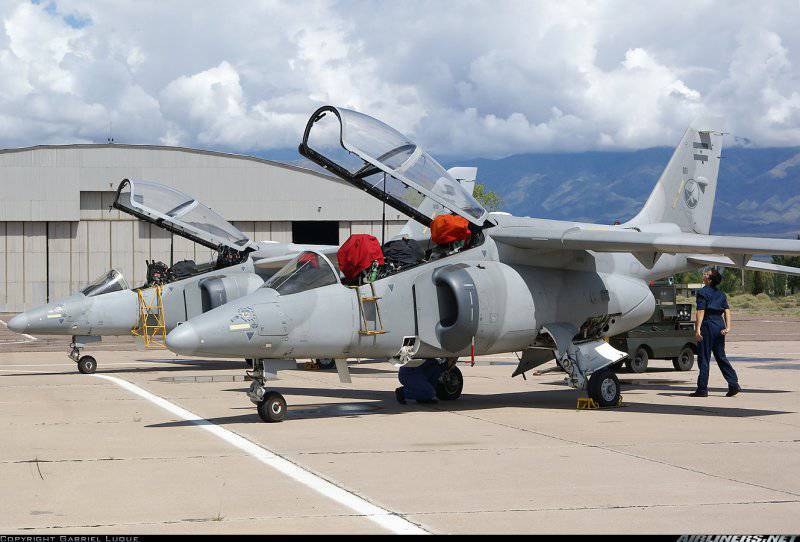 A few years before the start of testing, back in 2010, the Argentine Ministry of Defense ordered 18 Pampa III training aircraft. Until 2017, it is planned to build 40 training aircraft and 22 light attack aircraft for the Argentine Air Force. condition aviation Argentina's industry raises some doubts about the possibility of fulfilling such a large order. Nevertheless, the company Fábrica Argentina de Aviones intends to build 62 aircraft for the Argentine Air Force, as well as begin construction of machines for third countries. Due to the lack of specific data on the characteristics of the new machine, it is difficult to talk about its export prospects. Perhaps, after conducting the tests scheduled for next year, the Pampa project will finally be able to interest foreign customers and thereby get out of the stage of constant refinement and production in small batches. 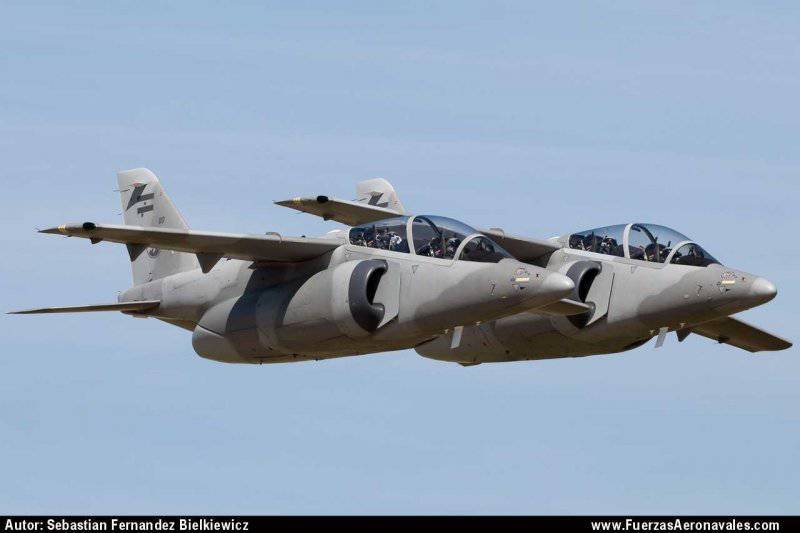 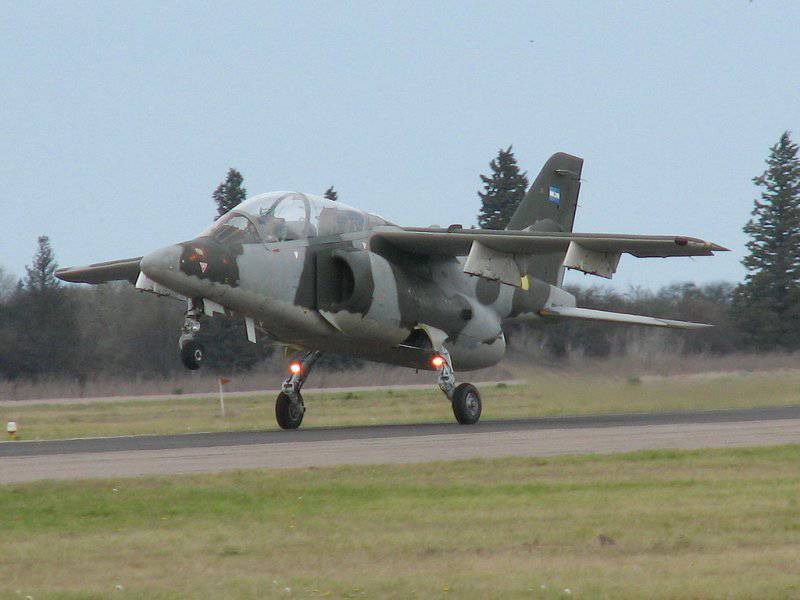 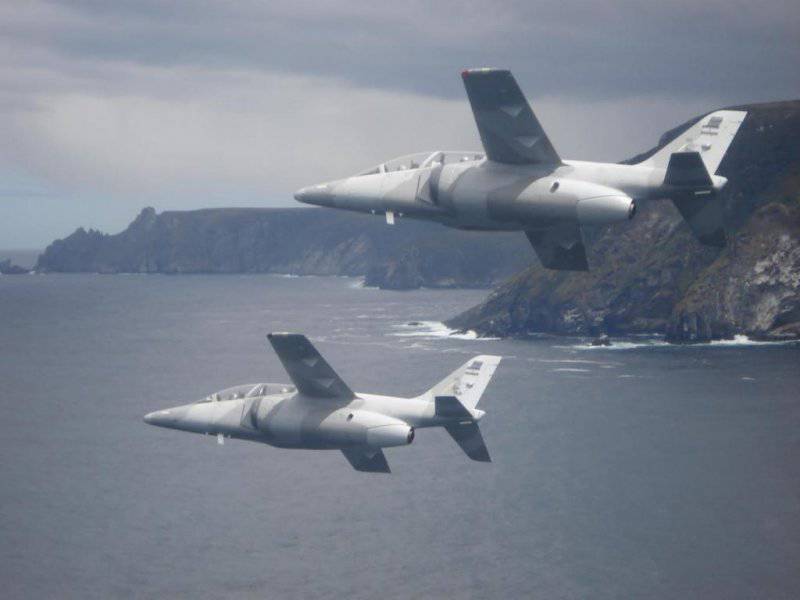 Ctrl Enter
Noticed oshЫbku Highlight text and press. Ctrl + Enter
We are
Training aircraft Yak-152An-12 in Afghanistan
7 comments
Information
Dear reader, to leave comments on the publication, you must to register.