The pistol grip of the Vigneron M2 was equipped with a built-in automatic safety device that locked the bolt during recoil. The fire interpreter could also be used as a fuse, but when it was set to the continuous fire position, lightly pressing a finger on the trigger led to a single shot, further pressing the trigger allowed fire to be fired. The butt of the submachine gun was made folding, it was retracted into the recess on the receiver of the submachine gun, and the length of the butt could be adjusted to a specific shooter.

When the Belgian army finally left the Congo, some of these machine pistols were left here to arm the Congolese units. The consequence of this is that today Vigneron M2 submachine guns can be found almost anywhere in Central Africa. 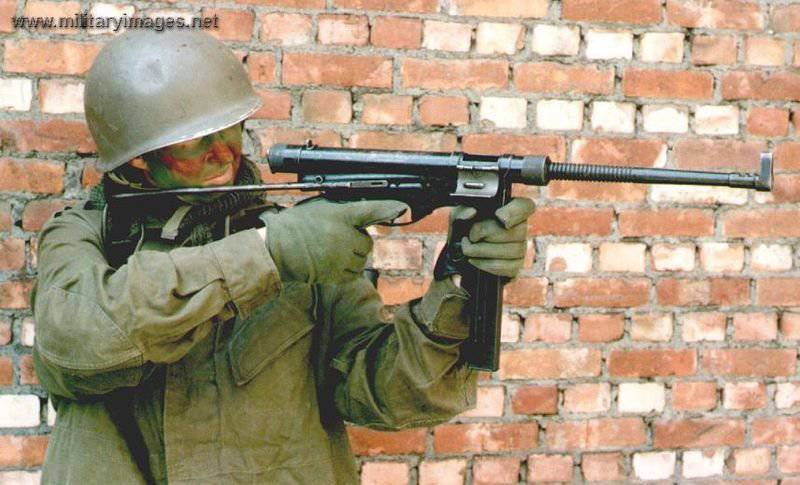 At the end of the 1950s, the Belgian army faced an acute problem of rearmament. After five years of German occupation, Belgium had to create its own national army almost from scratch. Prior to the arrival of the Germans in Belgium, the country had a fairly good development of the small arms industry, the center of the Belgian shooting industry was the Fabrique Nationale (FN / Browning) enterprise. After the end of the Second World War, at the initial stage, the Belgian army was arming with weapons that were partially left from the Germans, and partly were transferred by the Americans. By 1954, the Browning Hi-Power self-loading pistol and the FN-FAL assault rifle were adopted in Belgium, while the army still needed a submachine gun that was planned to arm tankers, artillery soldiers and drivers. To meet the needs of the Belgian army in a submachine gun volunteered retired colonel of the Belgian army George Vineron.

Georges Vigneron (George Vineron 15.02.1880 - 7.08.1956) proposed the design of a submachine gun, which looked for the Belgian army, armed with American and German PP, quite familiar. Like the M3 submachine gun, which became very widespread in Europe, the small arms proposed by Colonel George Vineron were produced by stamping sheet metal, and possessed automatic equipment with a free gate and a round box receiver. Like the Lubricating Syringe, the Vinieron submachine gun had a folding protective cover that could close the ejection window of the spent cartridges.

During the competition, which was attended by other prototypes of the PP, Vigneron was declared the winner and adopted by the army of Belgium in 1953 year. The company Societe Anonyme Precision Liegeoise, which was located on the same street as the Fabrique Nationale (FN), was engaged in the serial production of a submachine gun. Vigneron remained in service with the Belgian army until the end of the 1990-s, the submachine gun was produced in two basic versions: the M1 and the M2, the main differences of which were sights from each other.

In curb PP weighed 3,68 kg, it was equipped with a box magazine on the 32 cartridge with a single row of cartridges. The submachine gun used bullets caliber 9x19 mm. Behind the base of the front sight in the muzzle of the trunk there were a couple of special holes to compensate for the shooting during shooting. The weapon was equipped with a retractable butt of steel wire and had a belt for carrying. 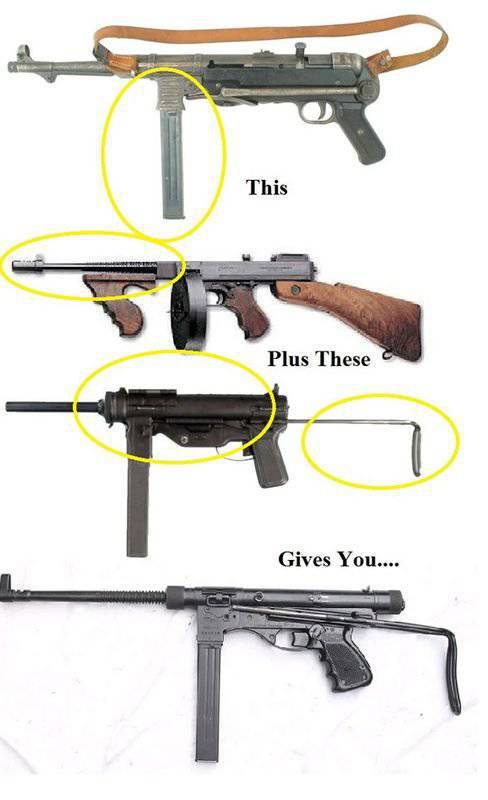 Automatic submachine gun worked under the scheme with a free gate. The trigger mechanism PP allows for firing single shots and bursts from the open shutter. The translator of fire modes was on the left side above the pistol grip of fire control. The cocking handle was located on the left side of the receiver, when firing it was stationary. The window for ejection of spent cartridges from a submachine gun was equipped with a special flip cover, which protected the submachine gun from the ingress of dirt in the stowed position.

A distinctive feature of the Vigneron M2 was the significant length of the barrel, as applied to ordinary submachine guns, which was 305 mm, which was a rarity for small arms of this class. The barrel of the submachine gun at the base was framed with transverse ribs and had 6 right-rifling. This barrel gave it a resemblance to the "Tommy gun" of the early 1920-s. However, unlike the “Tommy gun”, whose front sight was at the base of the muzzle compensator, at the Vigneron PP, the front sight was located in the front part.

The receiver of PP was cylindrical, the box of the firing mechanism, as well as the receiver of the magazine were stamped and made of sheet steel. The sights of the submachine gun were unregulated; they allowed aimed fire at a distance of 50 meters. Creating his weapon, George Vineron tried to make it as convenient as possible for storage and transportation. The submachine gun turned out to be quite compact - with the butt folded over the entire 695 mm. With such a total length, it was shorter than the American M1 carbine, and the sighting line was equal to 558,8 mm.

Many might have the impression that Belgium is not too belligerent, which is not entirely true. In the 1960-70-ies of the twentieth century, Belgium fought in Africa in the territory of its colonies, and its soldiers very actively used the Vigneron submachine gun. So the Belgian military took an active part in the 2 evacuation of thousands of European and American citizens during the Simba rebel uprising in 1964 (Operation Red Dragon), and in 1978 they provided for the evacuation of civilians in Kolwezi. They also had operations in Burundi, Rwanda, Somalia and other hot spots in Africa, where the Vigneron M2 submachine gun in the hands of the Belgian paratroopers helped them make "friends" among the local population and influence the minds of the locals. 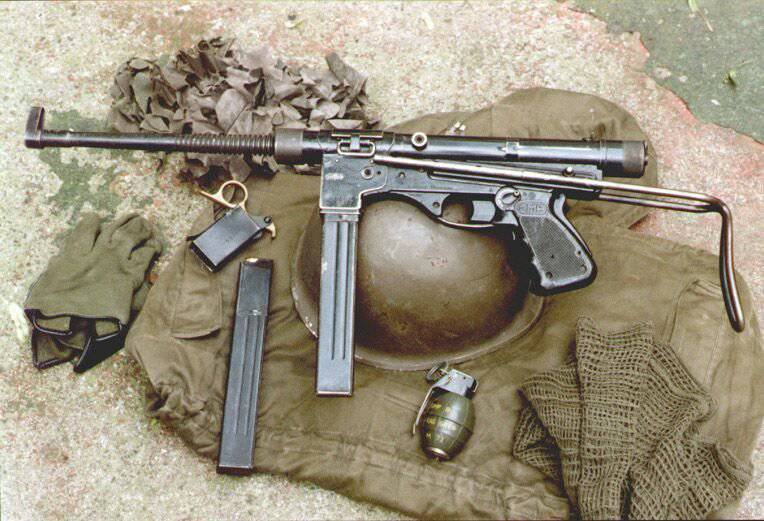 In addition to African countries, submachine guns Vigneron were widely used in the war in Vietnam and the countries of the former Yugoslavia, as well as in Northern Ireland, where they managed to light up in the hands of the IRA fighters. Despite the fact that this submachine gun has already been withdrawn from service in NATO, it can still be found in the countries of Central Africa. Today, this software is available for purchase in the US market of civilian weapons, where it can be purchased at the price of just 250 dollars apiece, although at the beginning of the 90 of the last century it could be bought at the price of 100 dollars. It is also known that a significant amount of Vigneron M2 is still stored in Belgian warehouses, probably waiting for a good price to be offered for them.