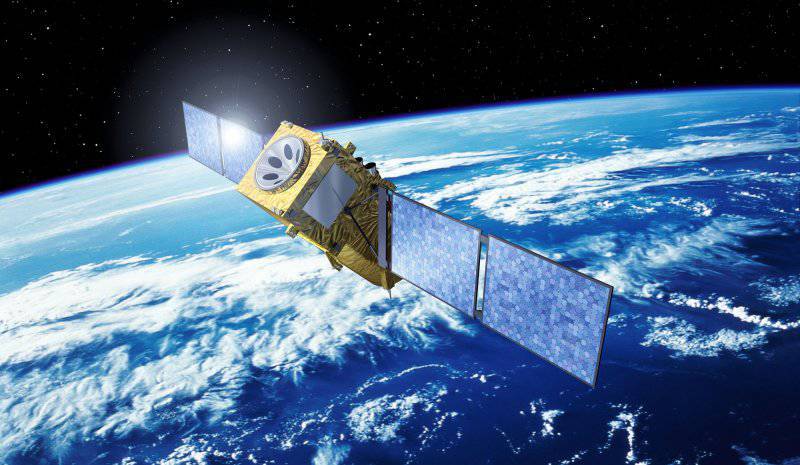 For a long time, still leading a nomadic way of life, a person was interested in proper navigation to accurately determine the direction in the direction of pastures, rivers and forests noted earlier. Over time, people evolved and with it improved ways to determine the cardinal points, and therefore navigation. Now you can find routes, for which maps, compasses and similar devices were used. However, over time, the stage came when the science of navigation just came to a standstill, since nothing else could be better than a compass and science could not invent a sextant. This situation continued until the middle of the 20 century.

Around the fifties, together with the launch of the first artificial Earth satellite, the idea arose of the possibility of organizing satellite control of transport, human, animal or any other moving element with the help of a signal arriving at the satellite and returning to the transmitter.

Richard Kershner observed a signal coming from a Soviet satellite. His attention fell on the interesting fact that the frequency of the received signal increases with approach and decreases with the removal of the satellite. This process is beautifully characterized by the Doppler effect. This rule compares radio waves with a stream of any particles. For example, if you throw a stone into the water, then concentric rings are formed around the place of its fall. The only difference is that the radio signal emits a longer period of time. Now imagine that this “signal source” is moving to the left. Then, since the speed of the radio wave is constant and does not depend on the speed of movement of the emitter, the frequency of the waves on the left will increase and on the right it will remain. In fact, a similar effect can be observed by listening to the dial tone of a passing car. As it approaches, the pitch of the sound signal will gradually increase.

Despite the clarity and accessibility of the idea, the developers were stopped by the lack of a sufficient number of satellites that could be used as a starting point for the position of objects on Earth. The idea of ​​satellite navigation was implemented through 20 years after the beginning of its inception. In 1973, the state of the United States approved and funded the DNSS program, which will soon receive the familiar name Navstar-GPS. The first satellite of the program was launched into free flight in the 1974 year. The last 24 transmitter was only sent in the 1993 year.

Initially, satellite navigation systems were developed exclusively for military purposes. The first permission to use GPS by civilian transport came from President Ronald Reagan in 1983. According to the authorities of America, a similar gesture of kindness was caused history with a downed Korean civilian aircraft, which lost its spatial orientation and descended from the route.

In fairness it should be noted that the USSR also developed its own navigation system. At the same time, the history of the so-called GLONASS network tells about a much longer use of the domestic GPS option exclusively for military purposes. However, today both networks of satellites are available to the common man.

Modern navigation systems have significantly simplified route determination and vehicle tracking, including fuel control and fixing driver violations route. The traveler does not need to learn the complex systems and rules of navigation on ordinary maps. This opens up for the common man new spaces for his activities on the territory of our planet.