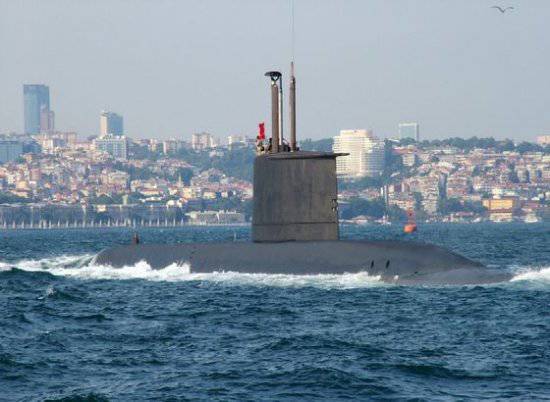 10 January 2011 Turkey signed a loan agreement in the amount of 2,19 billion euros (2,9 billion dollars) to finance the construction of six submarines.

Back in 2009, Istanbul signed a contract with Hovaldsverke-Deutsche Werft GmbH (a unit of ThyssenKrupp Marin Systems AG) and Marinfors International LLP (MFI) to supply kits for the construction of the 6 Type-214 submarine with an air-independent main unit installation.

The construction of the NNS will be carried out at the Gelcuk naval shipyard in the Izmit region (Turkey), under the management of the consortium formed by HDW and MFI. Previously, this shipyard built 11 submarines "Tip-209" for the Turkish Navy. It is planned that the first Type-214 submarine will be supplied by the Turkish Navy in 2015 year.

Currently underwater fleet Turkey has 6 submarines of the German project 209/1200 type "Atylai" (built by Howaldtswerke-Deutsche Werft, HDW). They entered the fleet from 1975 to 1989.

Performance characteristics of the project 209 / 1200

The single power plant of the ship consists of four diesel generators (DG) horsepower 1000. each, and the main propeller motor (HED) power in 5000 hp;

The armament consists of eight 533-mm torpedo tubes with ammunition up to 20 torpedoes;

According to the Turkish fleet modernization program, before 2015, all Atylai will be re-equipped in Turkish shipyards, they will be equipped with “ship-ship” missiles of the Harpoon type, which can be fired from torpedo tubes.

The Turkish Navy has a Prevez 8 PL project of the 209 / 1400 project. They were built in the Turkish shipyards in the German, although improved project. Entered from 1994 of the year to 2007 of the year. 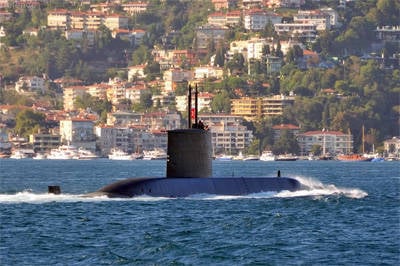 The boat is even less noisy than the "Atylay", but due to its small dimensions it is also difficult to detect. The low autonomy and low submarine speed of the Turkish boats are compensated by increasing combat effectiveness due to the entry of the Harpoon anti-ship missiles into ammunition. The disadvantage of this weapon is that Ankara is completely technologically dependent on the United States: missiles, containers, test and auxiliary equipment, spare parts, technical documentation for the anti-ship missiles are all from the States. The Pentagon continues to train Turkish naval personnel, technical support for the UGM-84L missiles, and other tasks for the material supply of the missiles. “Preveza” also plans to improve, for example: they will have the opportunity to install minefields.

Gradually, the Atylai-type 6 submarines will replace the 6-WNAS with air-independent power installations of the 214 / 1500 project of the German-British consortium HDW - MFI. This happens between 2015 - 2025 over the years. 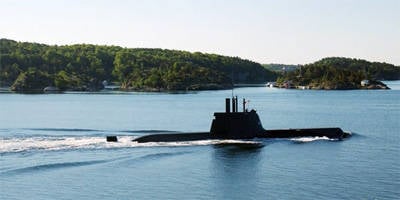 Length - 63 m;
Width - 6,3 m;
Underwater displacement 1700 t .;
The maximum submerged speed will be no more than 20 knots .;
The crew size will decrease to 27 people;
The number of torpedo tubes - 8, they will be used for firing torpedoes, submarine launch missiles and for the implementation of mine productions.
The boat is capable of diving to a depth of 400 m.

The design of the engines and the special coating of the hull of the submarine will reduce the level of its noise caught by the hydroacoustics. Submarines will be built in Turkish shipyards, the modular principle of its design will contribute to the further modernization of this boat series by Turkish shipbuilders.

Such size and composition allows Ankara to fully control the Bosphorus and Dardanelles straits, the entire Black Sea basin. The Turkish command has envisaged such a plan for upgrading the new submarines in service with the submarines and the commissioning of the new submarines, which makes it possible to keep at the same time at least 13-14 NNLs at the same time. They can go to sea and deliver a torpedo or missile attack on the enemy.

In order to support the submarines, in terms of rescue, a series of 4-x special ships MOSHIP (literally - the mother ship, the uterus) is being built, designed to carry out rescue and rescue operations of crews and failed, damaged or sunk at a depth of 600 m underwater boats. The Turkish command believes that for a successful rescue operation to a new ship-womb, a maximum of 72 hours is enough to lift the crew of the shipwrecked boat to the surface or ensure the survivability of the submarine on the ground (drifting) during which the crew with MOSHIP specialists will cope with malfunctions. During the 2 day, the vessel will be able to reach any point in the operational zones of the Turkish Navy in the Black Sea or the Mediterranean Sea. The MOSHIP vessel in abundance has the means for decompression and emergency recompression. In particular, in his pressure chamber, designed for 32 man, almost the whole team of submarines of 209 / 1400 or 214 projects is located. A crane with a telescopic boom with a lifting capacity of 35 t is capable of receiving loads on the stern deck of a vessel with an area of ​​314 square m at the waves of the sea to 6 points. 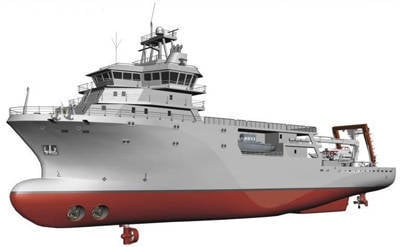 Considering the sad state of submarine forces of other states in the Black Sea: Georgia and Abkhazia have no submarines, Bulgaria has 1 submarines (1973 built, on the verge of write-off), Romania 1PL (also will be written off soon, there are no prospects for new submarines), Ukraine 1 Submarine (also in a practically non-operational state, in continuous repair), Russia 2 Submarine ("Alrosa", "Prince George" - they plan to write it off). True, the Black Sea Fleet has 3-large anti-submarine ships and 7-small, which somewhat strengthens its position. The submarine fleet of Turkey has an overwhelming superiority in the Black Sea.

There were promises to strengthen the Black Sea Fleet with new frigates, corvettes, artillery ships and naval submarines. But it must be remembered that Turkey has gone far in the development of its submarine fleet. In order for the Black Sea Fleet to argue on the topic "Who is the master of the sea", you need to commission the Black Sea Fleet at least 1 PL per year (years 15-20)while not writing off the old ones. This is taking into account the fact that the Black Sea Fleet must also meet the challenges of the era in the Mediterranean.